Kenner’s 1989 Mega Force line was an amazing but short lived toy line, lasting only one series. Mega Force was one of the earliest toys I remember having when I moved to the US in 1991. I distinctly remember being hungry, and my Mom said she would buy me a Mega Force toy at the mall if I could wait until we got home to eat. Guess what I did. While there are no specified good and bad countries, the V-Rocs do seem to be inspired by the Allied forces while the Triax may be the Axis forces. 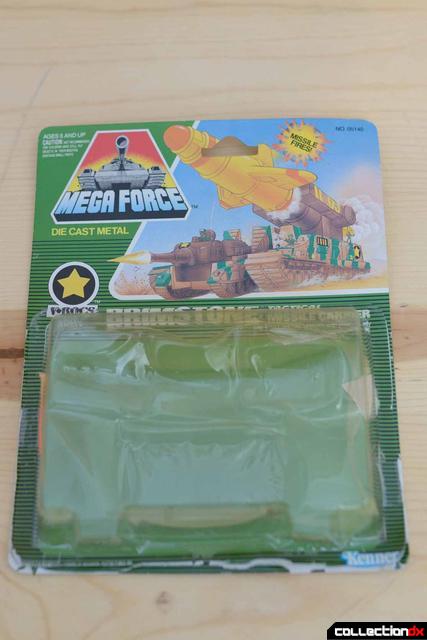 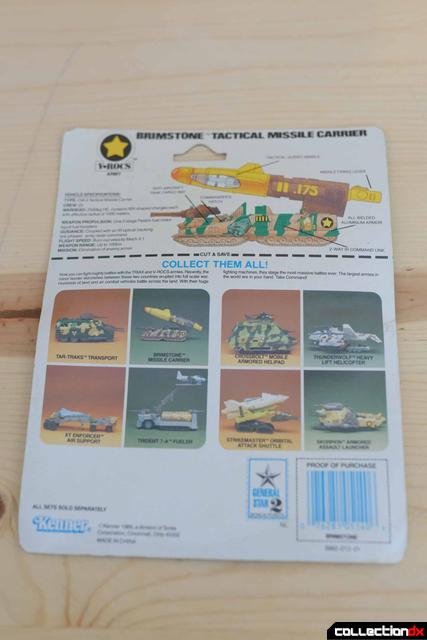 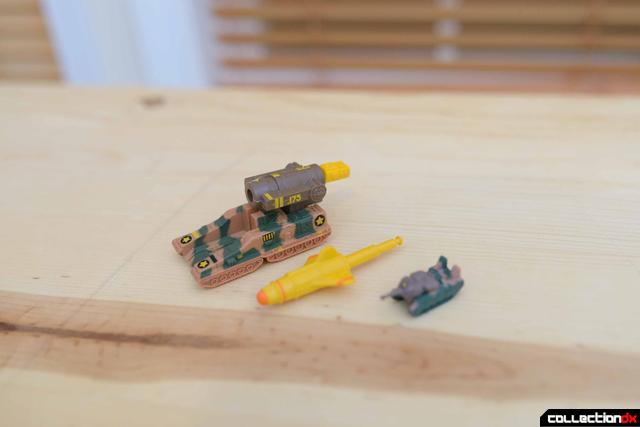 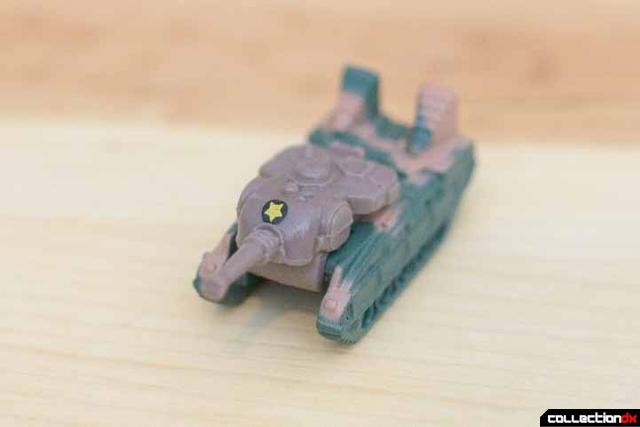 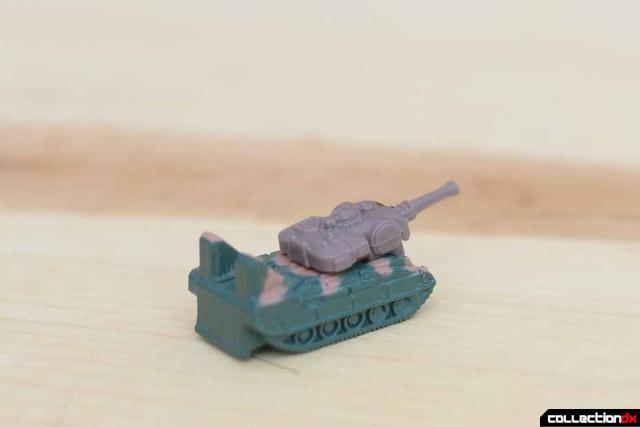 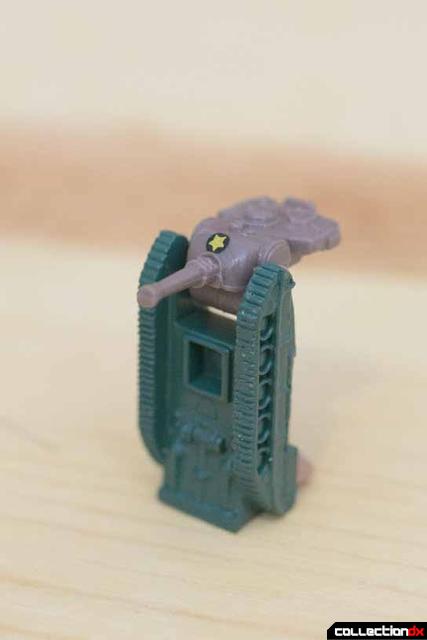 The small anti-aircraft tank has a die cast body and plastic turret. The round turret design seems reminiscent of older style American tanks, and while the multi-barreled AA gun may be more familiar in the media, a wide variety of range of anti-aircraft weaponry exists. While the AA tank does not rotate, it does feature this neat gimmick where the tank will ‘stand up’ to become some sort of gun emplacement. As a kid, I thought this was awesome, and as an adult, it’s still awesome. 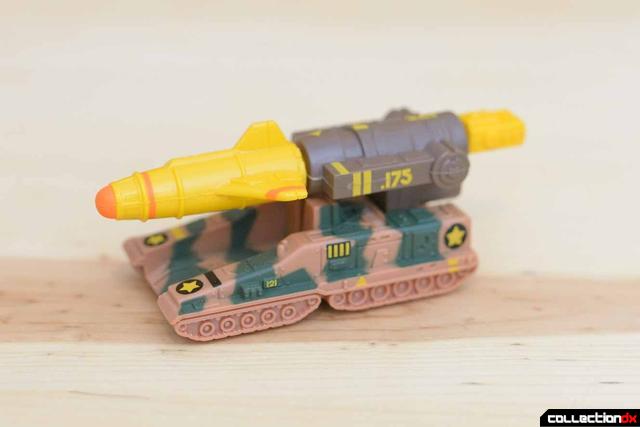 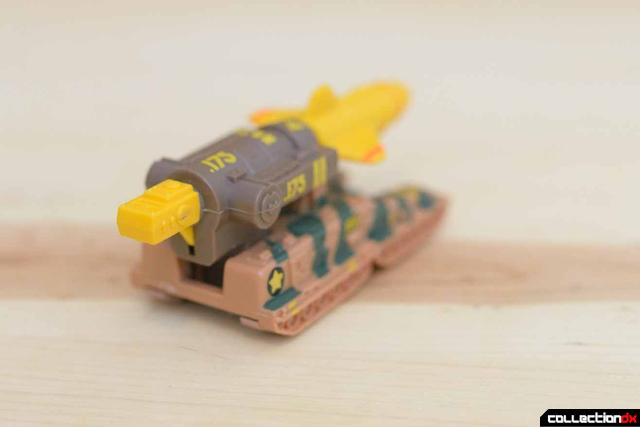 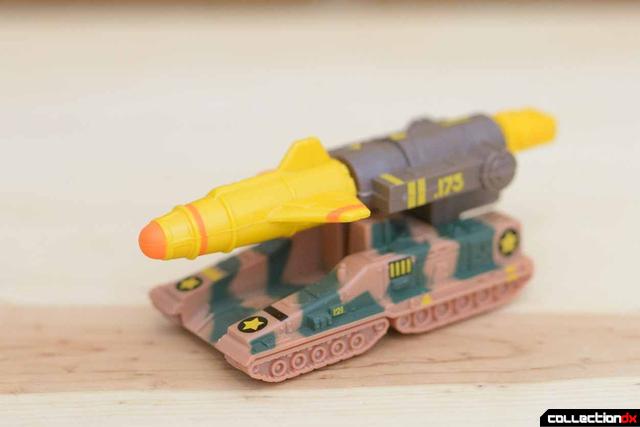 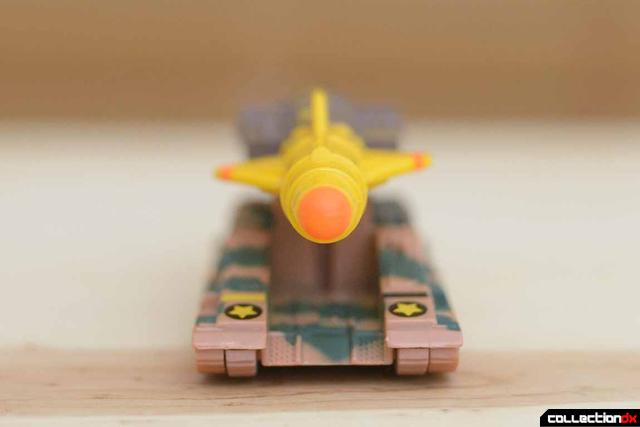 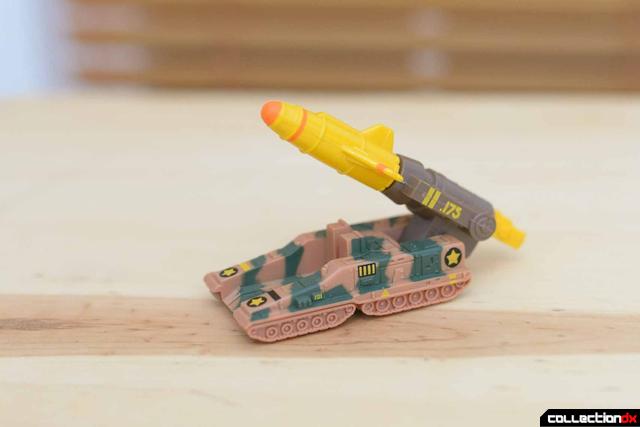 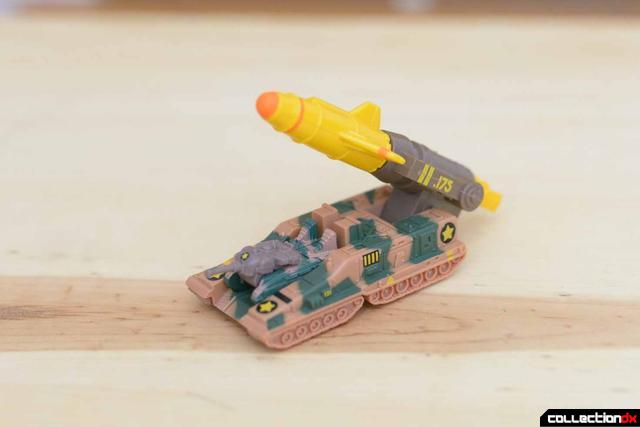 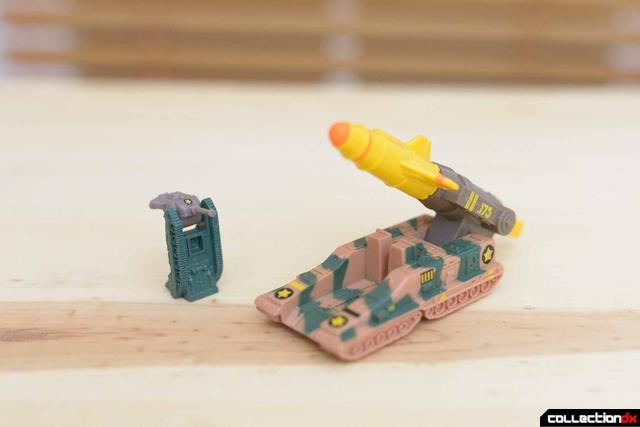 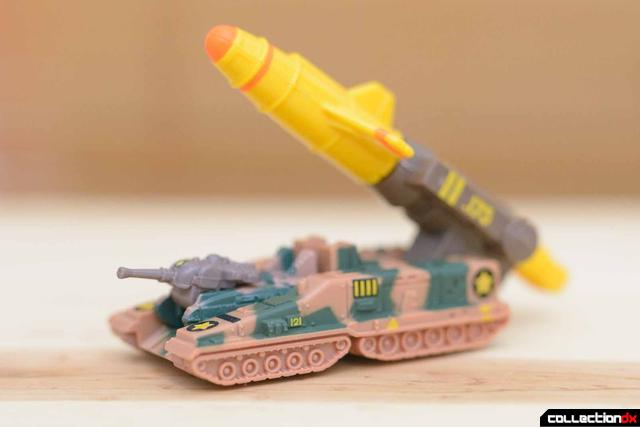 Unlike many other Mega Force vehicles, the Brimstone does not have any secondary weapons other than its giant tactical missile. The launcher can rotate and fires from a lever on the rear. The spring firing mechanism is actually a little weird, and requires a uniformly directed downward push to fire. Tapping the lever from the end creates a moment and prevents the lever from going all the way down. A slot at the front of the Brimstone allows it to carry a single AA tank which can be deployed for defense.

While short lived and not very popular, I have a lot of nostalgia for Mega Force and really do think it’s an incredible toy line. I always loved how large the scale of combat was; where tanks and aircraft are the smallest vehicles and gigantic land and air battleships duke it out. I happened to stumble upon a bunch of carded Mega Force at a toy show over the weekend, and managed to grab 5 sealed and 2 opened sets for pretty cheap, but I’d honestly pay twice as much if these were still made today. The cards still had TRU clearance stickers marked at 1.50, but I’m not sure how much these sold for originally. I’m now on a quest to track down all the other Mega Force sets but many of the larger lots on eBay are pretty outrageous.

6 comments posted
I still have this! It's so

I still have this! It's so cool in a simple way.

The idea seemed to be "let's make a toy line out those guys you're always blowing up in Raiden!"

...but saw them in toy shops a lot. At the time, they seemed reasonably "realistic", though they do look a little over-the-top now.

I loved these toys. But I think my favorite thing about them was the art on the back showing the inner workings, technical details, and scale of the vehicles.

Just like the 'blueprints' that came with old GI-Joe vehicles, the cutaway views were my favorite part of the packaging for Megaforce sets. I collected the entire set of minis when I was little - I still have them boxed up somewhere.
I kept the plastic packaging and the file cards in a box. Kept them pristine, even when I was a kid.

If you're looking for vintage toys and action figures, I recommend you check out Etsy.