The Bride of Frankenstein

So the guy I got my Mummy from also had this Bride Of Frankenstein, which I'd also put off buying, and I figured I might as well save on shipping. So, here she is, the penultimate figure in the completion of my 12" Sideshow Monsters collection. (I still need the Hunchback and then I'm done!). Naturally, the Bride of Frankenstein hails from the movie of the same name, released in 1935 as a direct sequel to Frankenstein.

It's kind of ironic that I should end up getting both of these figures at once since they are the only two in the line that both come almost entirely wrapped up in bandages and it's interesting to see how the two figures compare in this regard. One would think they would be pretty much the same, but they are really not. The Bride figure has much more maneuverability in the limbs than the Mummy does. I'm not sure if this is because the fabric used is more flexible (hey, it hasn't been in a tomb for thousands of years!) or if it's due in part to the smaller arms used for the female figure. Maybe it's a combination of both, but either way, you can pose this doll much easier than the Mummy. 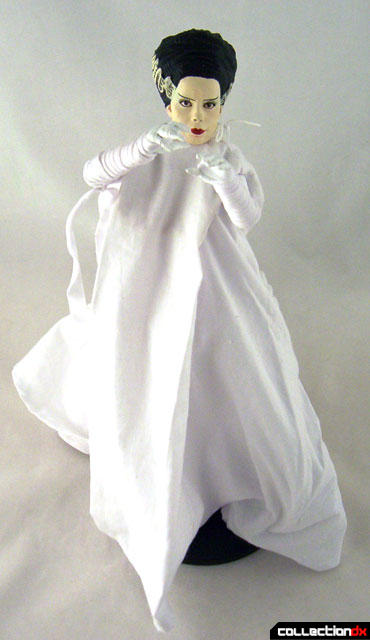 The face sculpt by Mat Falls is a bit weird to me. Looking at it without comparison, I find myself thinking that it doesn't look like the Elsa Lanchester Bride that I remember, yet when you compare it to the images on her on the box, it's actually pretty spot on. The paint details on this figure are particularly good. Notice the individually painted eyelashes. 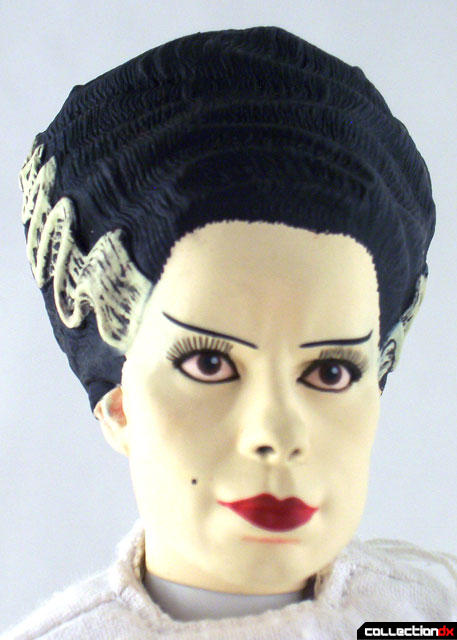 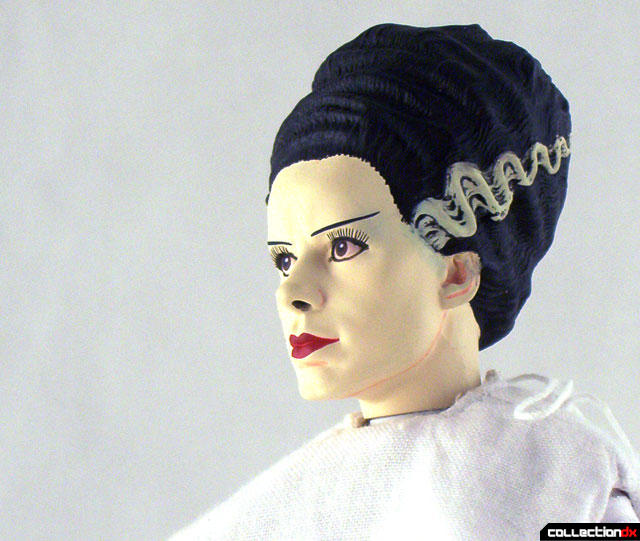 The gown is HUGE and covers everything except the head and arms. It is tied behind the head and it looks like you could pretty easily undo it and remove the gown. Once exposed, you'll see that most, but not all, of the figure is wrapped up. The hips are not wrapped much, but there is a white undergarment instead. I'm not off-hand if that's the way it was in the movie, but I'll give them the benefit of the doubt and assume so. Either way, you're never gonna see it on display anyway, assuming you display it with the gown on. 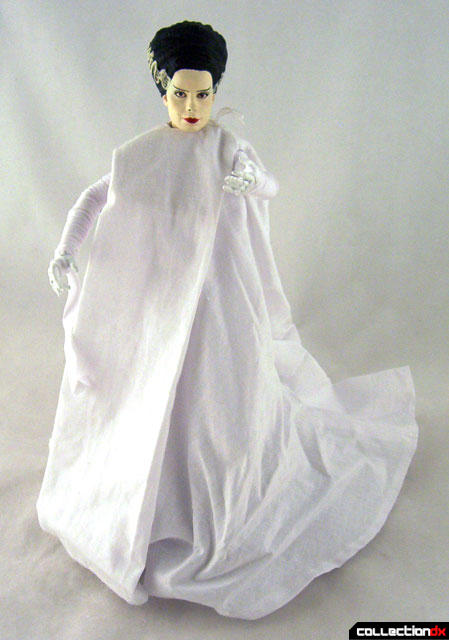 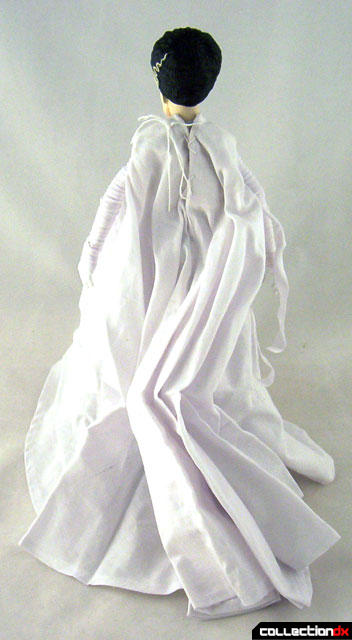 Included accessories are some laboratory equipment, a heart, and a stand. The heart goes in the jar and the other two pieces can connect via the wires, but be careful. The tab on one of them broke almost immediately on mine. Which kind of stinks because I never display that stuff anyway and I only attach it to take a picture for this review. See the sacrifices I make for CDX?!?! ;) 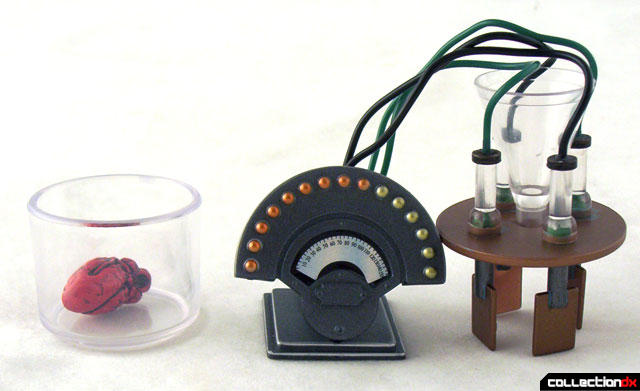 Naturally, as usual, we get a nice box featuring the original poster art for The Bride Of Frankenstein with some still images from the movie on the back. 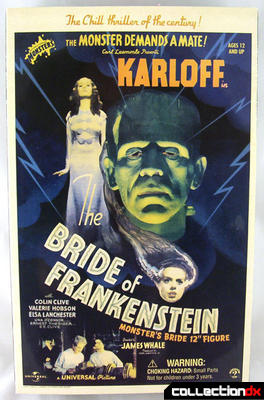 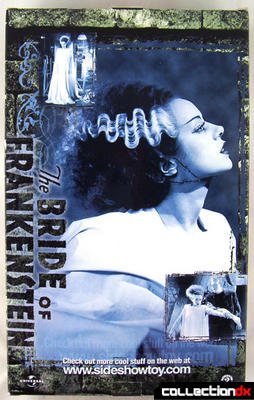 In and of itself, Sideshow's 12" Bride of Frankenstein figure is a nice doll, but I wanted it mostly to have a complete set of the classic monsters. I mean, if you've got Frank, you gotta get him his bride! 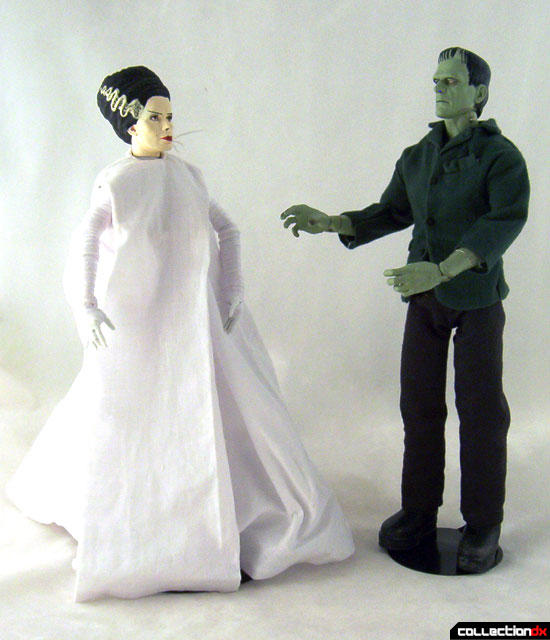 "Bride of Frankenstein" is easily the best of these movies.

Stuff like the broken wire on toys like this really pisses me off. I mean,I know in the grand scheme of things it isn't a big deal,but if you can get a 10 dollar Ninja Turtle figure that a 5 year old kid can throw around without breaking,you'd think a forty dollar figure's accesories wouldn't break right out of the package when handled gently by an adult.