I've purchased some pretty ridiculous, ugly toys in my time. Whether it be our old friend the "Star Boom" Combattler, the lonely and sad Gun Shoots Robot, any number of grotesque Mazinger Z toys from Mexico or this FUGLY renditon of Grendizer, the depths of my shame seemed to know no bounds. But this is the first time in my life that I've ever actually felt embarrassed to be seen holding something I actually spent my hard earned money on.

Ladies and gentlemen, I give you... the Wind-Up Color T.V. 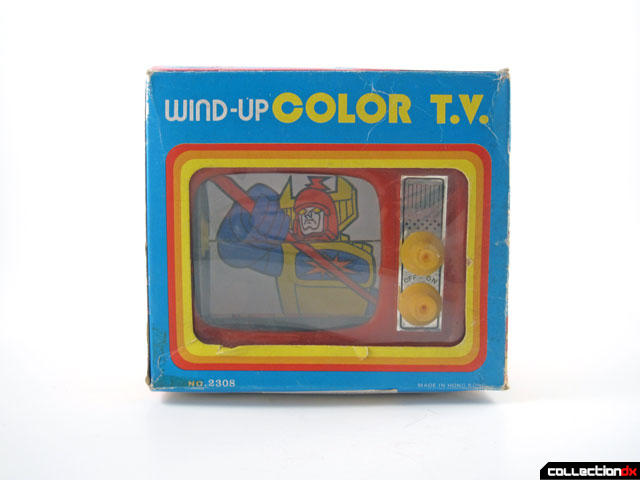 Manufactured in Hong Kong and sold in Italy, this little gem is a paragon of all that makes collecting bootleg toys hilarious. It's just so completely wrong in nearly everything it is.

The small cardboard box that it comes packaged in has a clear window on the front and some of the absolute worst super robot art you will ever see on the sides. Just look at the drawing of Getter Dragon on the back of the box. It looks like he's been drawn by the same child depicted along with him. It also looks like he's trapped in that box and is furiously pounding against his glass cage to get free. 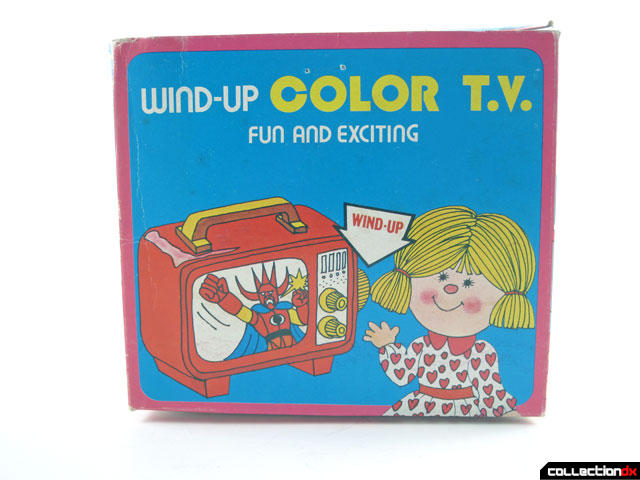 It gets worse. Along the side, we get our first hint of what the toy itself promises. It's a battle royale of super robots... and stars... and 3 color rainbows?!? 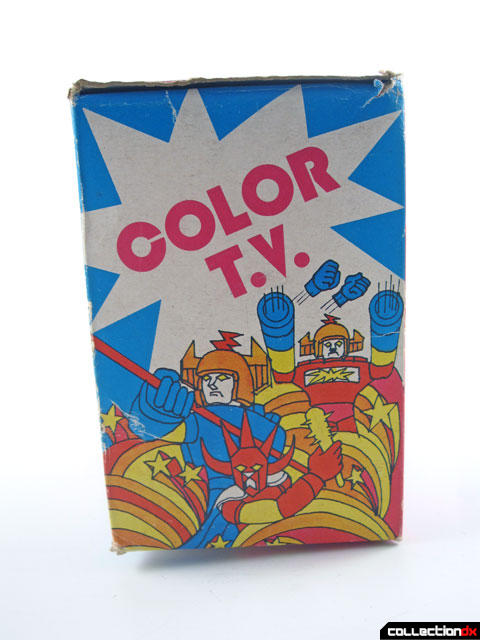 Yes, it's true. If you've ever wondered to yourself who would win in a fight, Getter Dragon or Danguard Ace, now is your chance to find out! Feast your eyes on this epic battle!!

Holy moly, did you see that?! Phew! That sent chills down my spine! As a big Danguard Ace fan, it's nice to see him come out on top. Not that I ever had any doubt, of course! There's so much to love about what we just saw. First off, and this is a large part of why I decided I just had to have this, the coloration of Danguard is very similar (but not the same) as on the bootleg jumbo from Italy. It could well be a coincidence, but seeing it made me think there might be a connection. 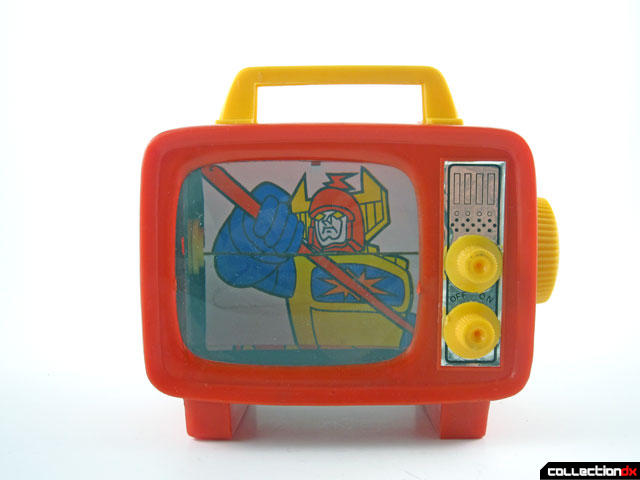 Secondly, did you see Danguard's rocket punch? The way he holds his hands up straight and yet somehow his fists come flying from behind him and head off to the right? BRILLIANT! No wonder Dragon lost. How could he possibly see stuff like that coming? There's no defense for the element of surprise. I also love that Danguard seems to have a lightning bolt stuck in the top of his head for some reason. And the design on the chest reminds me of the old Battle Damage He-Man action figures.

The back of the T.V. has a bunch of holes in it for some reason. There doesn't appear to be any sound effects so maybe it's just so it doesn't overheat. This is some high tech stuff we're dealing with here, after all. 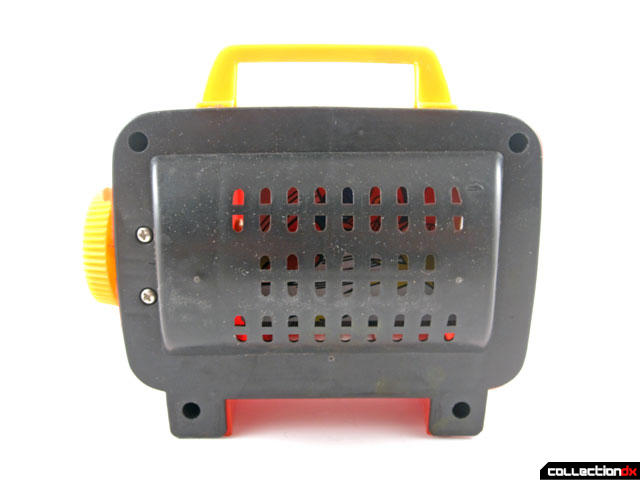 Anyway, I'll wrap this up since I know nobody is reading anymore anyway and you are all just enraptured by the video above. So I'll just finish by saying.... "You're welcome".

Very nice item! I was surprised on how big it was, it look smaller in the photos.

A fun item and glad you're giving it a good home!

The battle was indeed epic, I do love the fists behind his head as well! LOL

Totally blew my mind that it was mechanical flip art and not the typical "glued at the seam long sheet of paper that rolls around two cylinders" setup like a lot of toys similar to this. What a little gem!