Commander Comet is to the Colorforms Outer Space Men series as Venus King is to the Bullmark Space King series. They each are their respective line's representative from Venus, which is named after the Roman goddess of love and beauty, who also inspired the Bjork song that the review summary is stolen from. See, it all makes sense! 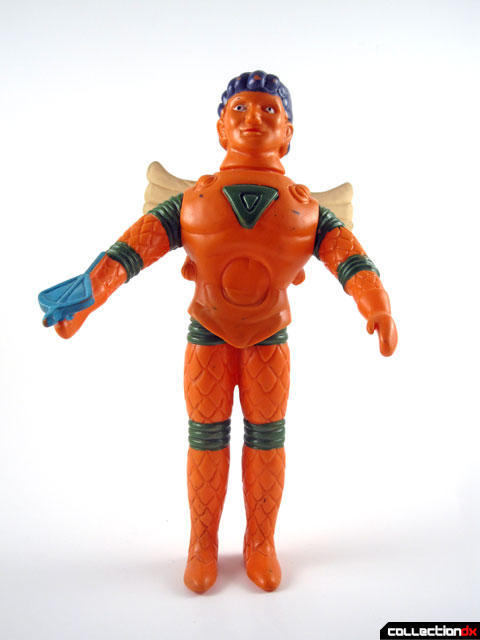 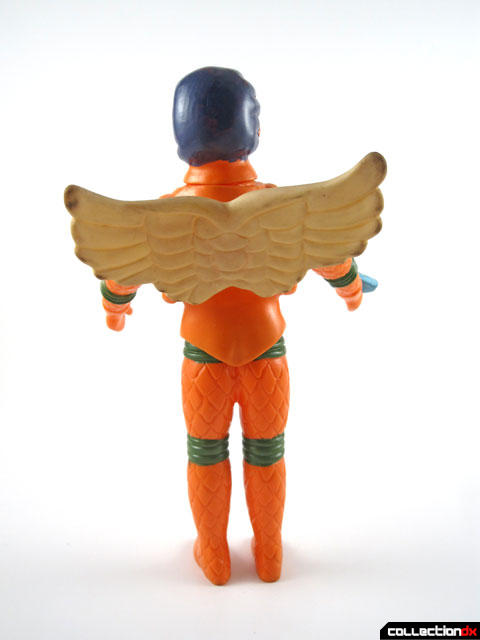 Anyway, perhaps more than any other figure from Bullmark, I think this one is a real downgrade from the Colorforms version. Whereas the original version has a real majestic, inspiring quality to it, this one's simplicity works against it and lessens the visual impact that the character design should have. Part of it is that my specimen is missing the helmet, but even with that crucial accessory, I don't think this toy would compare favorably to the original. The facial sculpt and paint application to the eyes is just so derpy looking. 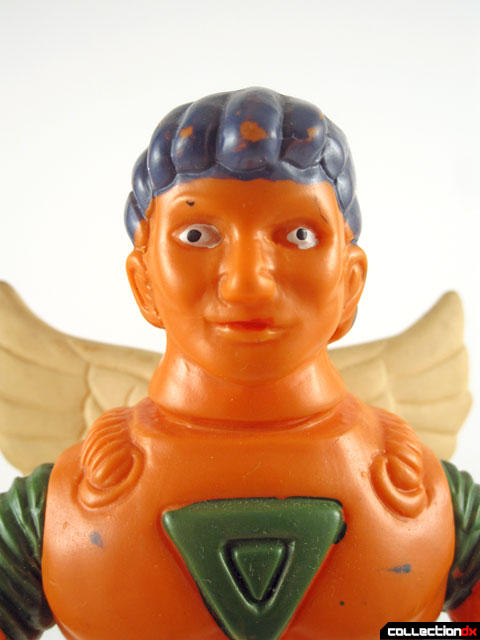 Here also the character's original golden coloration has been replaced with a dull and rather ugly orange, with green accents. The wings have been made smaller and the details of his space suit have been simplified almost to the point of non-existence. What once was an elaborate removable crossbow has been reduced to something resembling a child's slingshot that is permanently molded in place. 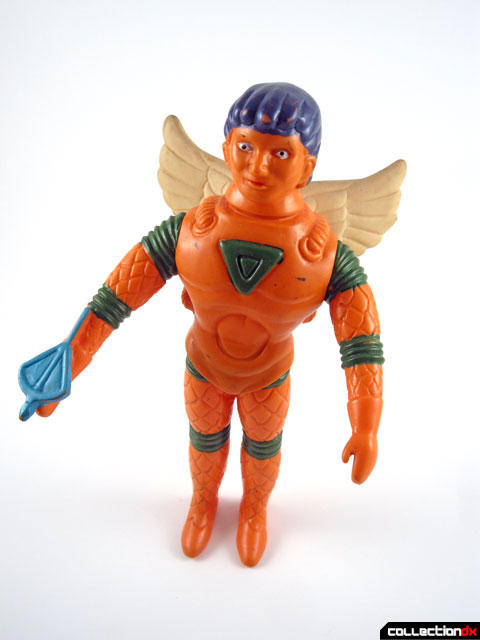 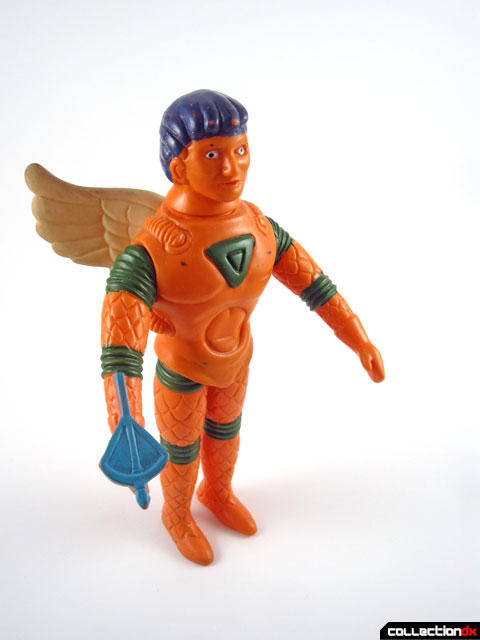 As with the others in the series, Bullmark is written on the foot, although I forgot to take a picture. Overall, I think this is a disappointing entry. What was one of the jewels of the original line in America is one of the worst of the lot in Japan. 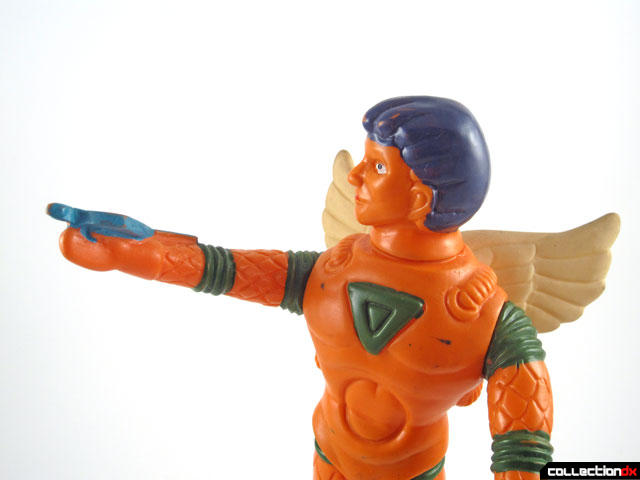 Reminds me of the Angels from Dr. Who. This would probably be their alternate form.