As I draw closer to having almost every Raideen toy ever made, I continue to discover new and unusual bootlegs of the character. This one really blew my mind.

The toy comes bagged and carded, with the card reading "Kaiju Set" in Japanese, although I doubt the set is Japanese in origin. Inside the bag is a backing card with a nice full color illustration of a generic Japanese monster. 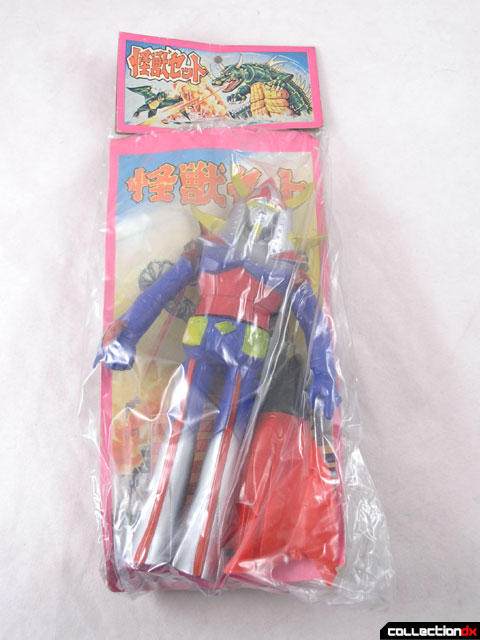 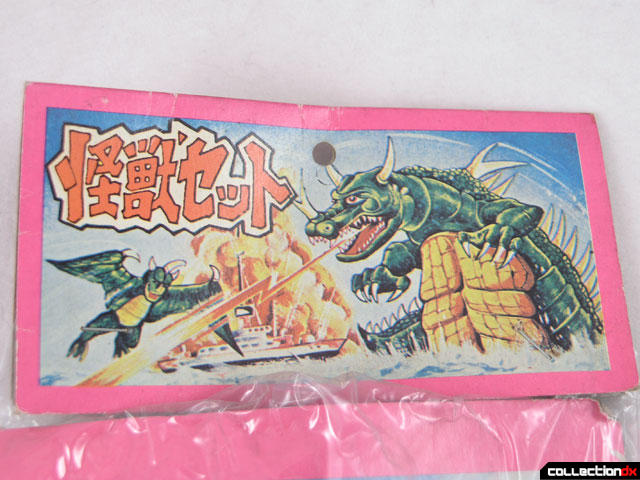 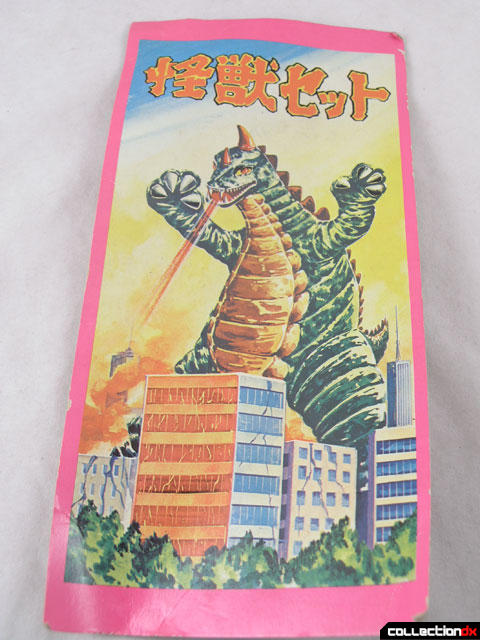 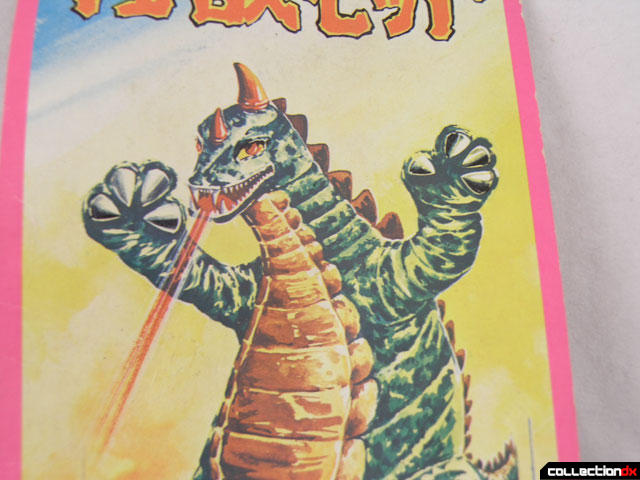 Inside you have two toys. Raideen, and a Jet that looks a bit like Mazinger's Brain Condor.

Raideen is Polyethylene - the same material as jumbo machinders, although much thinner and flimsier. It stands about 7 inches tall, and is articulated at the waist and arms. 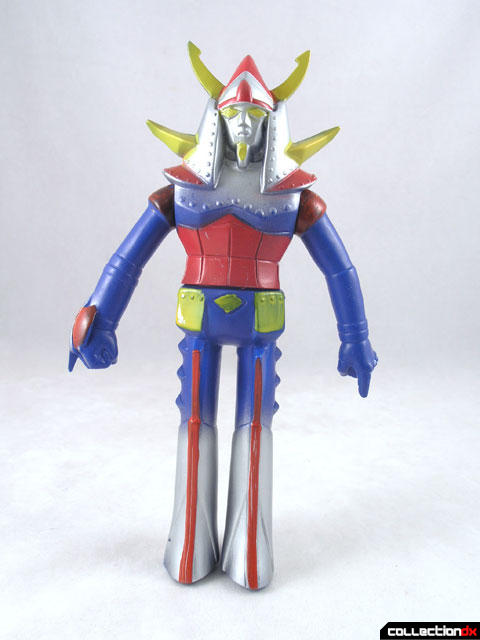 The sculpt is very homely, clearly done by someone with a vague sense of what Raideen looks like. The rivets molded into the figure are reminiscent of the old Popy vinyls, suggesting perhaps one of those was used for reference. 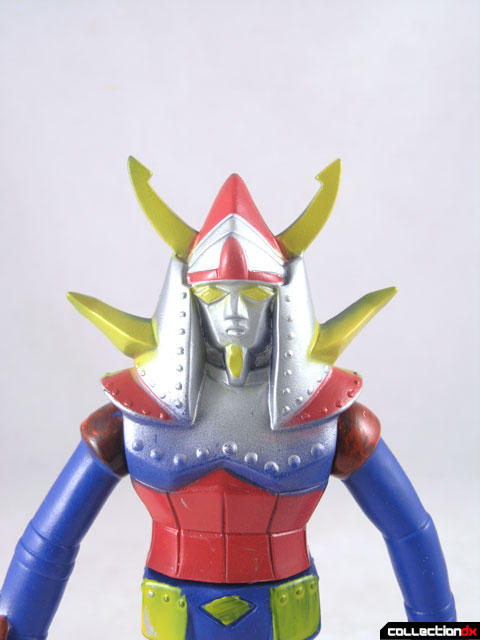 Paint application is both sprayed on and applied by hand. visible brush strokes can be seen on the shoulders and other parts. 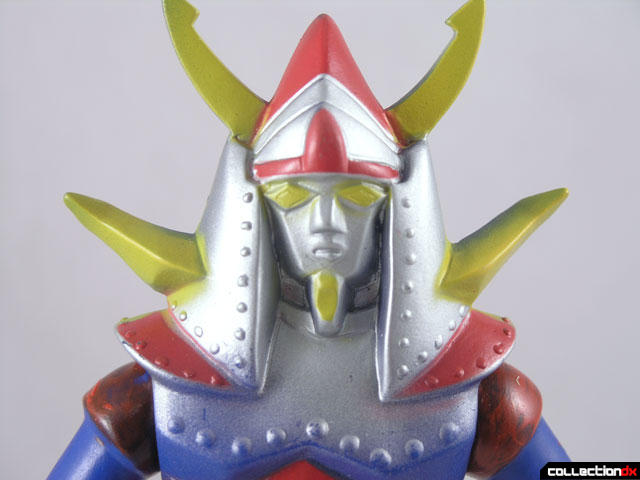 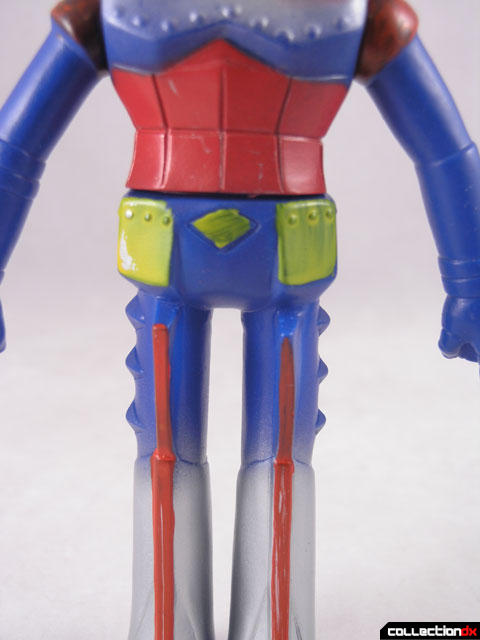 One hand has a closed fist with the shield, but the other hand is pointing out into the distance. With real Raideen toys, this pointed hand is usually accompanied by a clip-on bow, but perhaps the bootleggers were using a loose figure for reference? 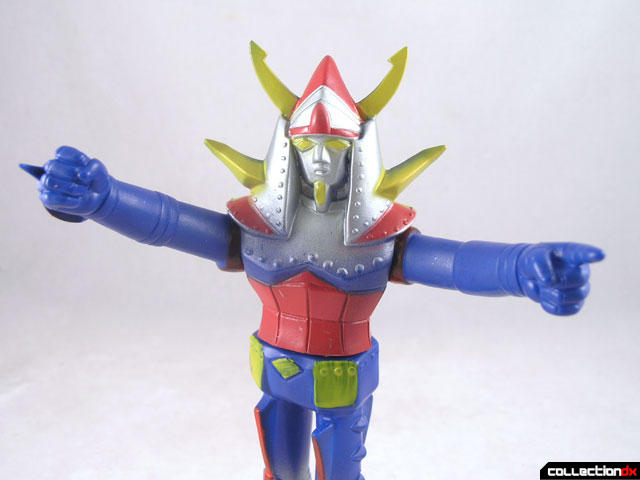 The back of the figure has a grooved tab molded into it. 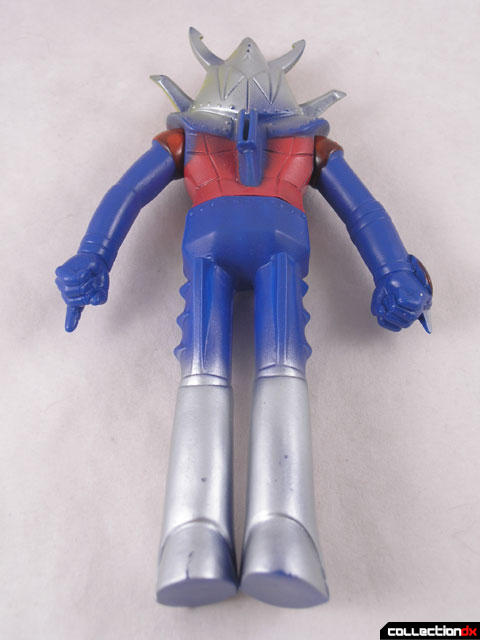 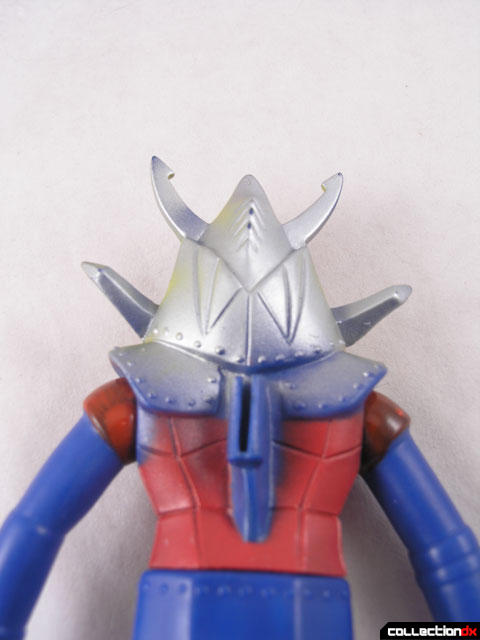 The ship is also blow molded in Polyethylene and this time in two distinct colors. The nose is cast in black, and the body in red. 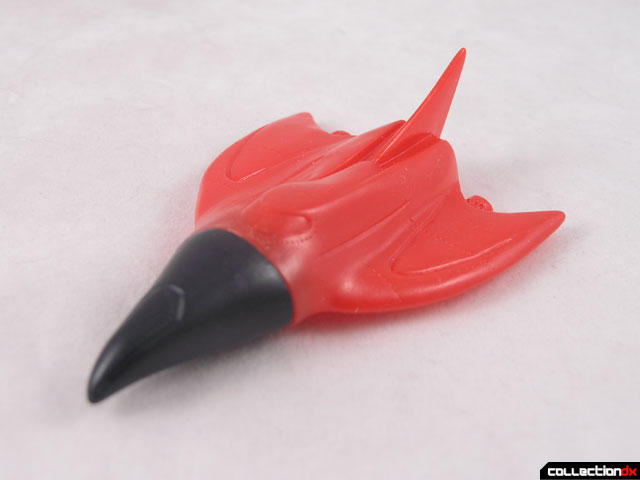 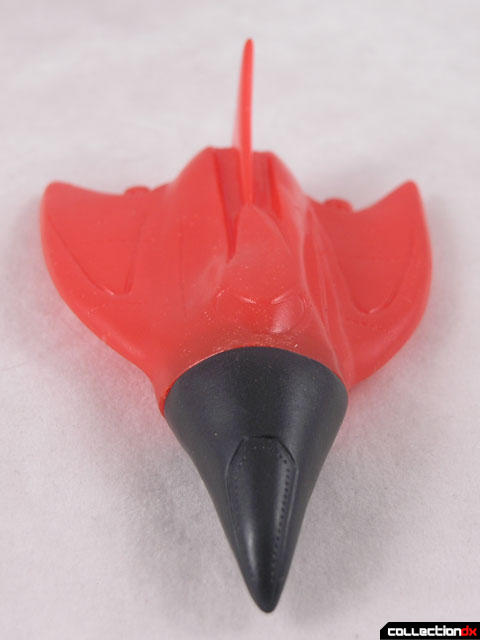 The molding on this one is rough, possibly an original creation. The ship is reminiscent of the Getter Machines (Eagle and Jaguar) or the Brain Condor. 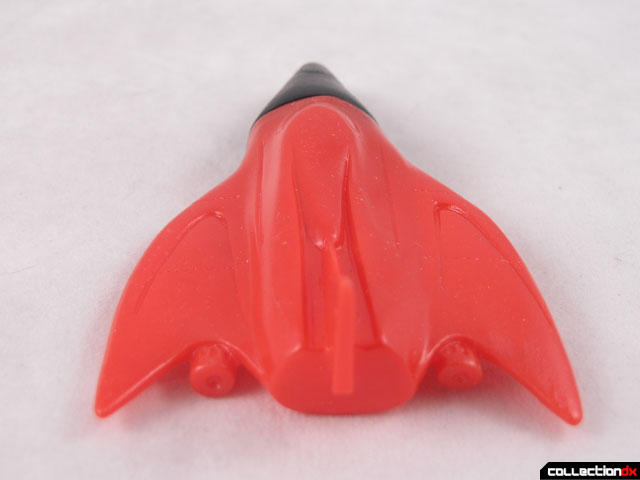 This piece has a curious protrusion on the bottom of the ship... Hmm what can that be for? 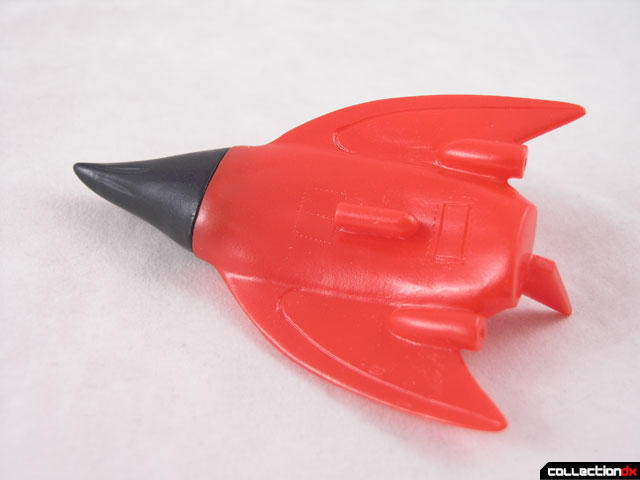 You guessed it, the ship "docks" to the back of Raideen! 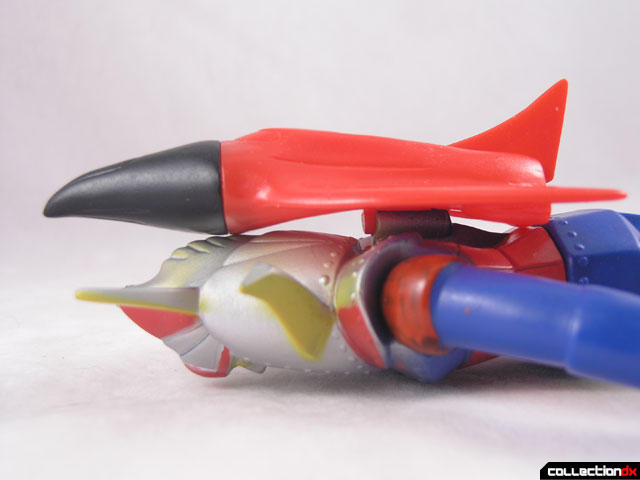 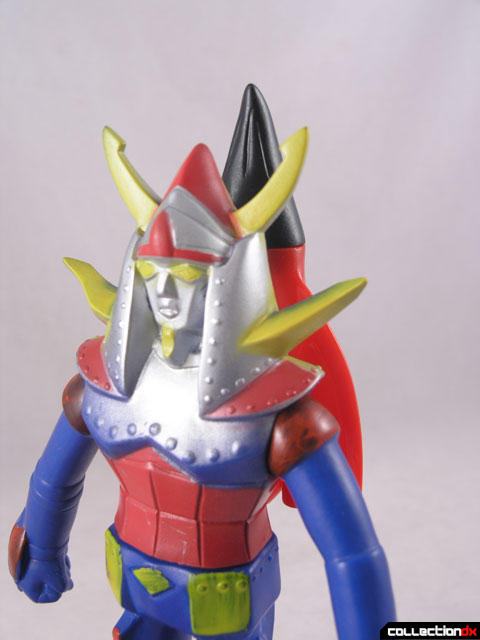 The figure cannot stand with the ship docked on the back, but still, it looks damn cool. I love the ability of bootleggers to improvise when they lack crucial information. 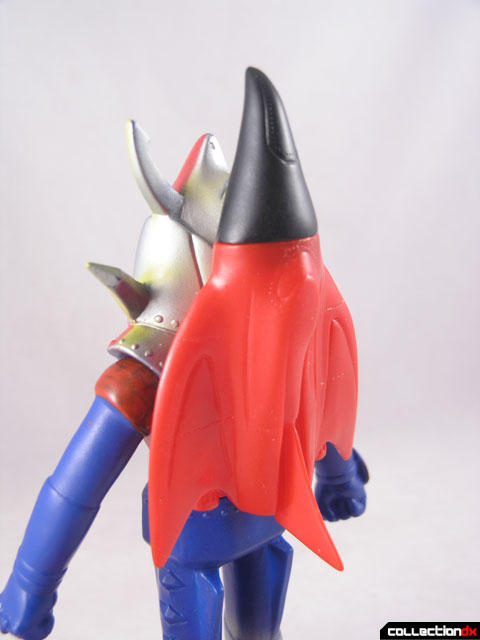 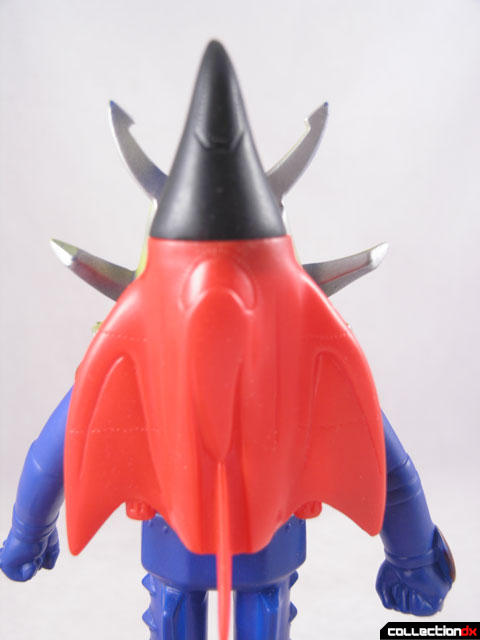 This is yet another curious specimen from the world of bootleg toys. Before this one, I had never seen one before, and I haven't seen one since. Good luck finding one.

oh god thats amazing. if I ever buy a raideen that'd be the one I'd want.

Isn't there some kind of rule that says I get all the blow molded bots? No? There should be! Seriously, great find! Let me know if you see another. :)

...and NekroDave's addiction to blow rears it's ugly head.

The mold of the face and coloring reminds me Ultraman. I think this is what Raideen would look like if it was a man in a rubber costume instead of a cartoon.