Sixwing was a Japanese exclusive Micromaster combiner that appeared in the TV magazine comic called "Operation Combination." He was repainted numerous times and eventually saw a release over here in the states. The set that I'm reviewing is a slightly over-sized knock off version. These came carded in sets of two and unfortunately there were no combiner parts. However, I have seen an over-sized combined set online before but that one was much bigger than the one I have. All the members have four points of articulation: both of the arms swivel up and down at the shoulders and the legs have articulation at the thighs and the knees due to transformation. 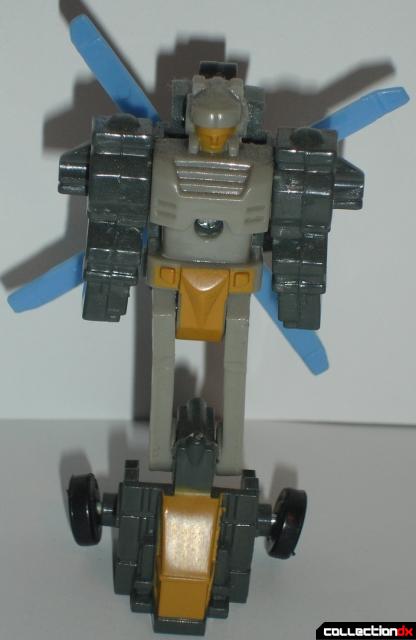 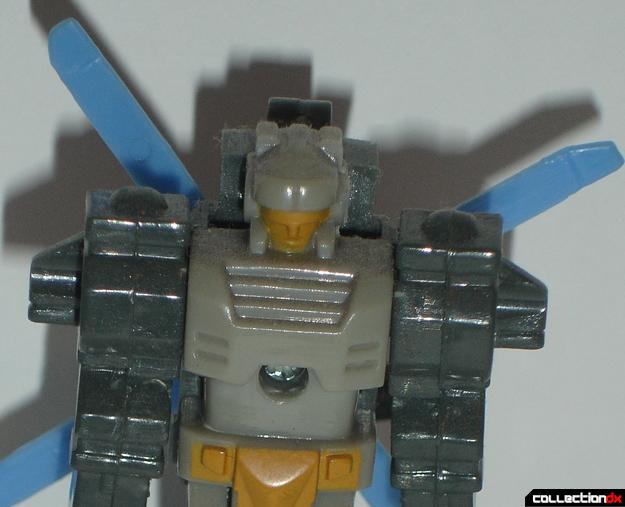 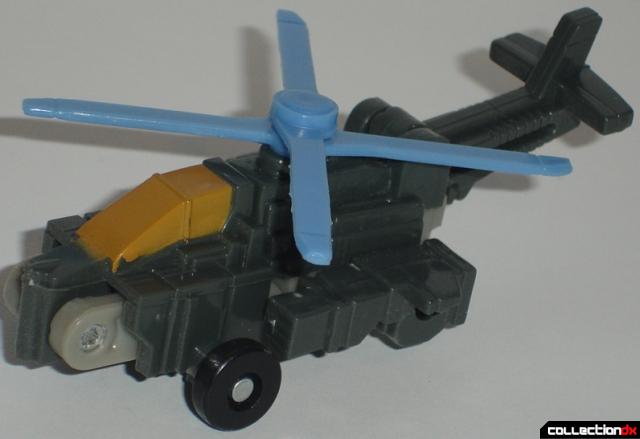 The leader of the pack. Chaingun transforms into a dark grey AH-64 Apache Helicopter. The only reason why he has an extra point of articulation than the others is because his rotors can be twirled around. (I wouldn't exactly call it spinning) In robot mode light grey and the same brownish/yellow colour that his cockpit is shows up. I also find it nice how his face is a different color than his helmet. 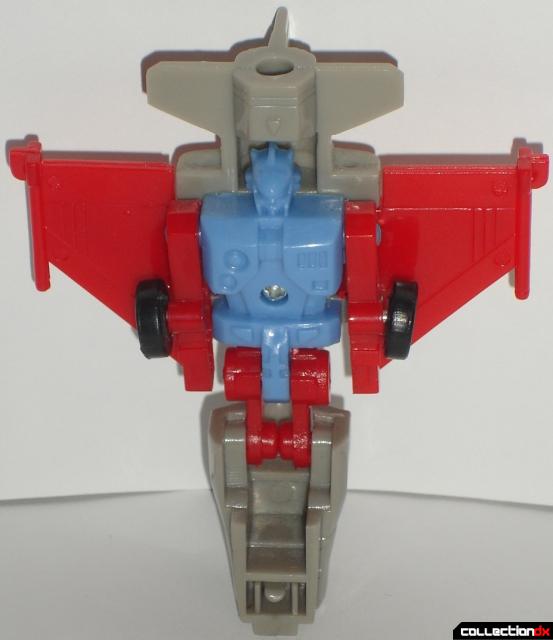 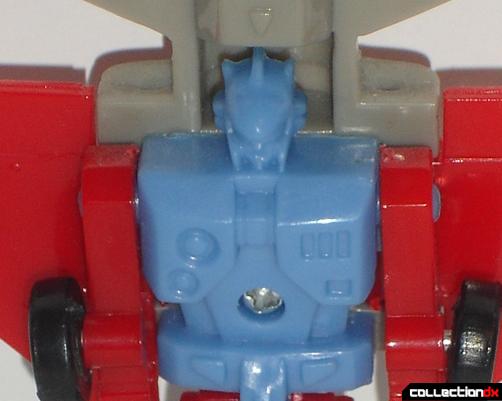 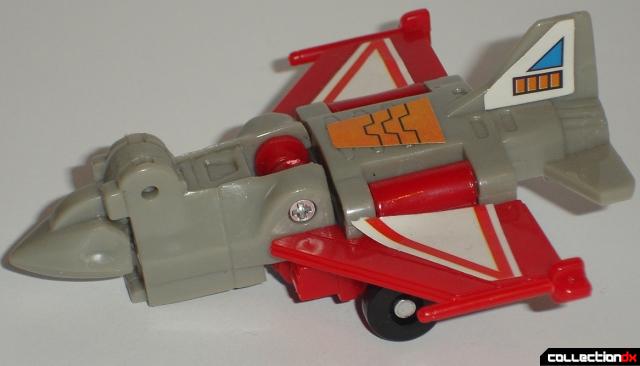 Like his name suggests, Falcon transforms into a light grey and red F-16 Fighting Falcon. In robot mode light blue is added in with his colour scheme. I don't like how the front end of his jet mode looks and his face and helmet look like they blend in together. 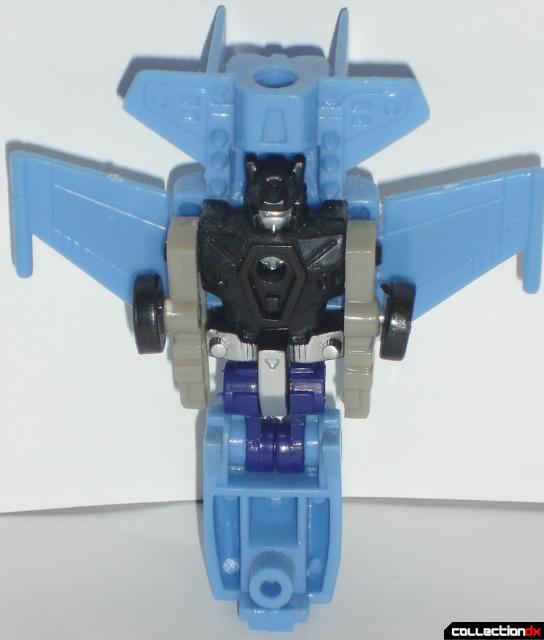 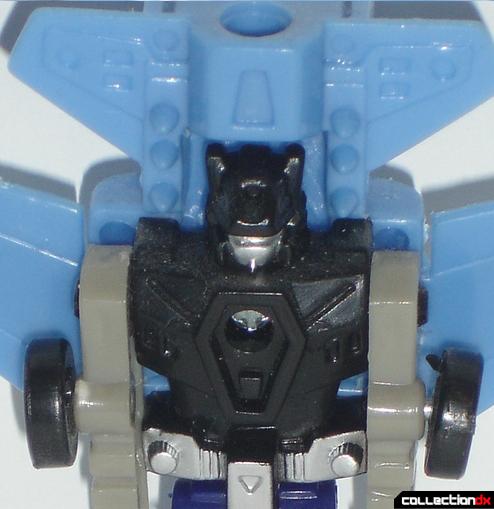 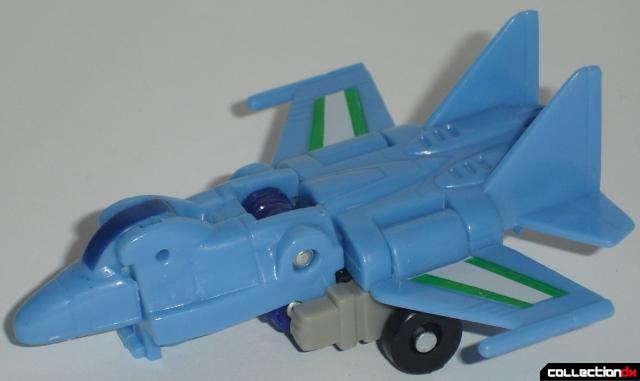 Flanker transforms into a light blue Sukhoi Su-27 Flanker jet. The green and white stickers on his wings are a nice addition to his colour scheme. Not too keen on the front end of the jet mode though. Out of all six of these guys, Flanker's robot mode is my favorite. Black, light grey, and dark blue are now added to the mix with a little splash of silver added to his face so it doesn't blend in with his helmet. He also has three missiles molded onto both sides of his head showing you that he means business. Very nice indeed. 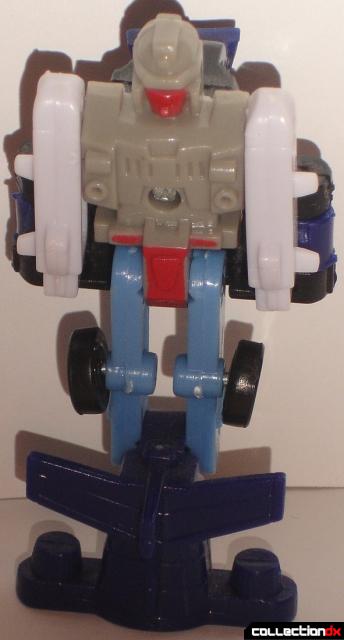 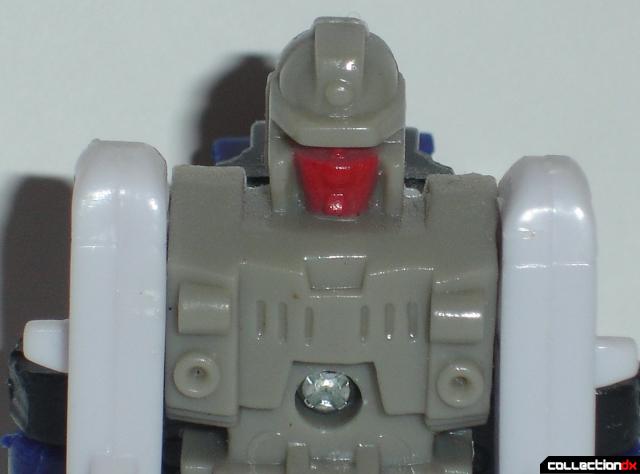 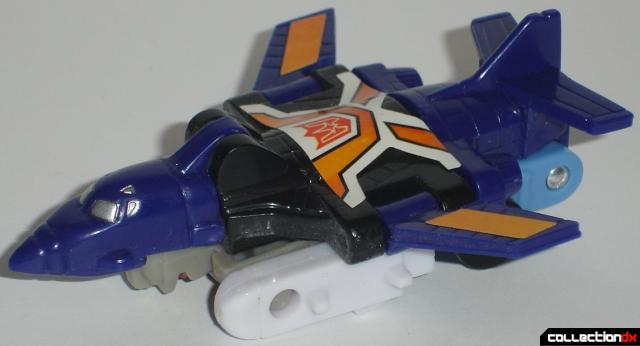 Missile Run transforms into a B1B Lancer Bomber Plane. Since Flanker's robot mode is my favorite, Missile Run wins the prize for my favorite alt mode. Dark blue, black, and bits of white and light blue peek out from underneath the jet mode. I also think the orange stickers do well at accenting his dark colour scheme. Another plus is the windows are painted silver so they don't look like they bleed in with the nose cone. As for his robot mode, I'd say Missile Run comes in a close second. Now we see light grey, light blue, white, and little specks of red. Very nice details on his chest. 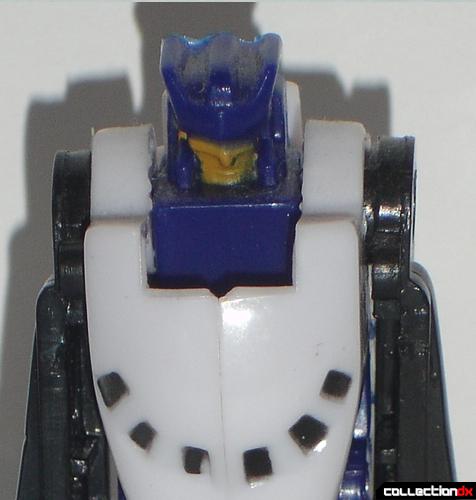 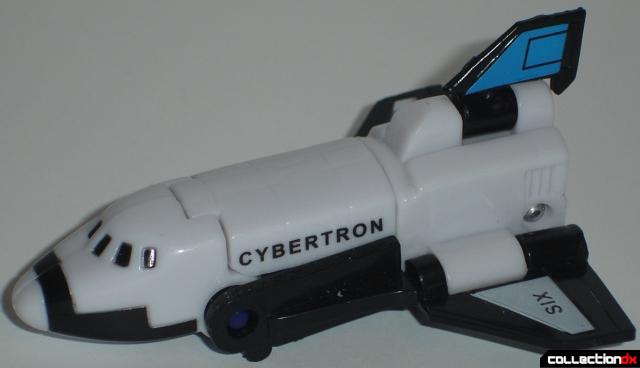 Raker transforms into your basic space shuttle. Besides black and white the only other colours he has are blue stickers on his tail fin. He also has stickers that says "Cybertron" on both sides of his shuttle mode and two stickers on each wing that reads "Six" and "Wing." In robot mode only two colours have been added. Dark blue for the head and legs and dark yellow on his face. 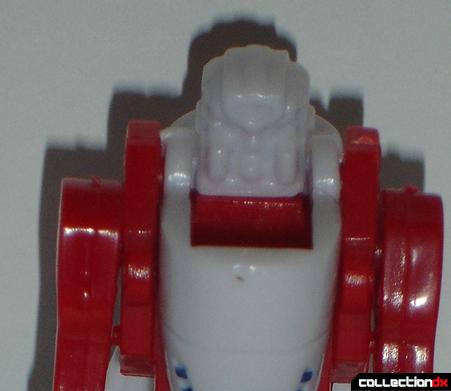 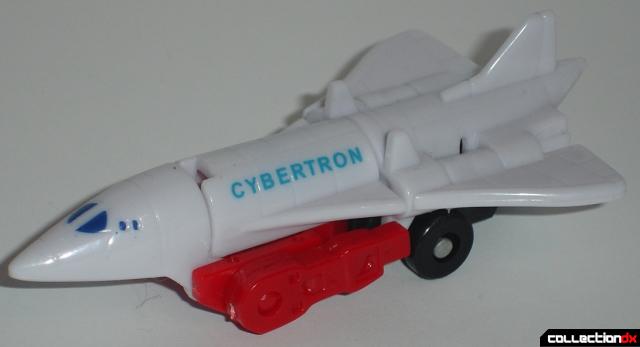 Last but not least we have Supersonic, who transforms into a white and red Supersonic Transport Plane. The windows are painted blue and the word "Cyberton" is written on the side in light blue letters. In robot mode the only new colour added is black and his face is completely white. Would've been nice for at least the eyes to have been blue. He's also the tallest out of everyone

Even though this set has no combining parts, they're still interesting enough to be standalone figures. If you don't mind that, then I would say pick these up if you see them. Especially if you would like to have some Japanese exclusive molds. These guys would either make great troop builders or perhaps you can customize them. When was the last time you've seen a Micromaster version of Whirl or Galaxy Shuttle?