Like an unholy child, the ugly toys call to me. This one was destined for another master.

I don’t remember when I got it, but I think it was a random ebay score. It looked weird, it had elements of super robots, and therefore it must be mine.

It languished in a box in my overflow area waiting to be reviewed, but it just kept getting passed over for other toys.

Then one day Nekrodave was over. I showed it to him and I realized the toy had found its new master. Not surprisingly he knew all about it.

The Multi-Robot has been around for many years, and is of unknown origin. It has appeared in packaging from Italy, China, and even Canada. Its age is unknown, but its Star-Wars inspired design places it in the late 70s or early 80s. 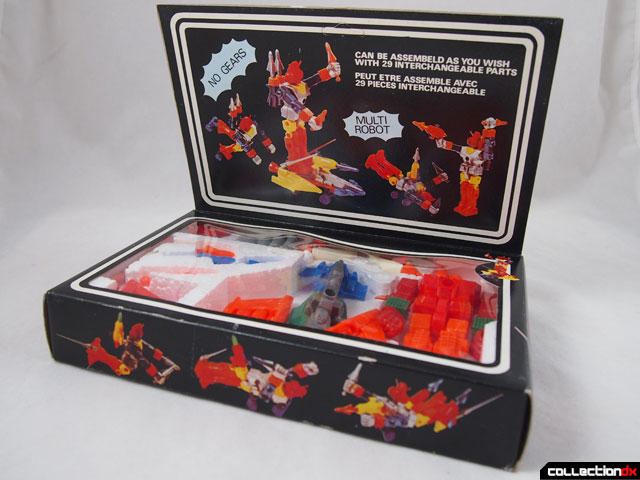 The packaging is much too nice for a toy of this quality. The top flap lifts up and reveals a clear window with all the parts resting in Styrofoam. The toy has been seen in several different variations of this packaging as well as on a card. 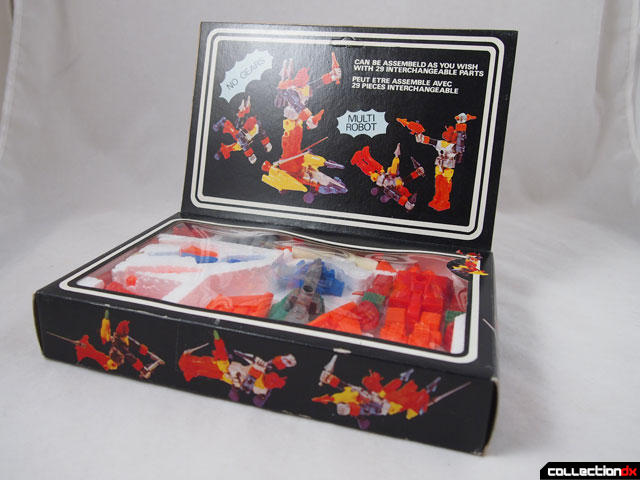 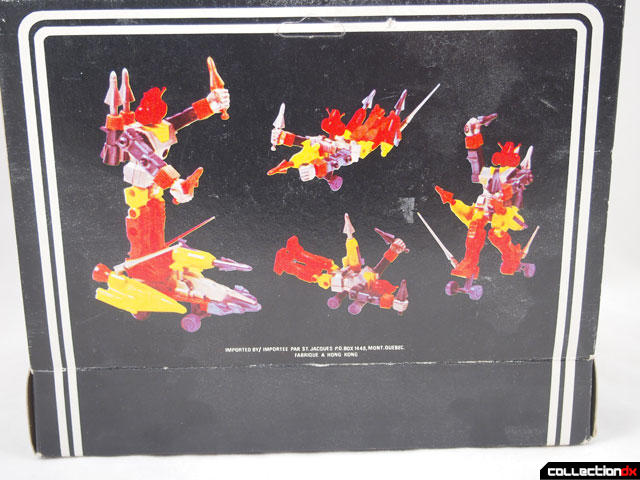 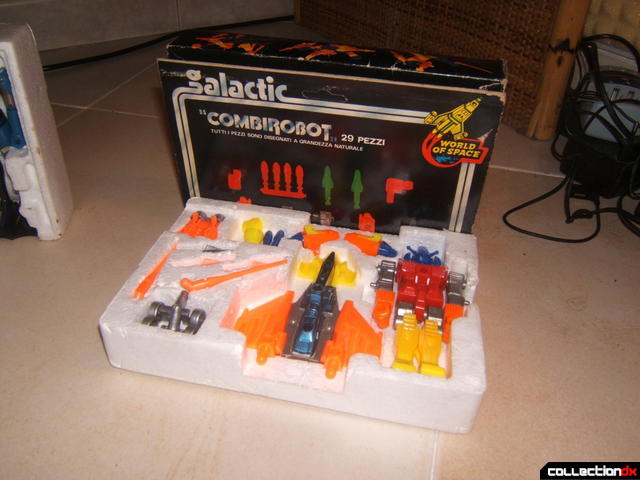 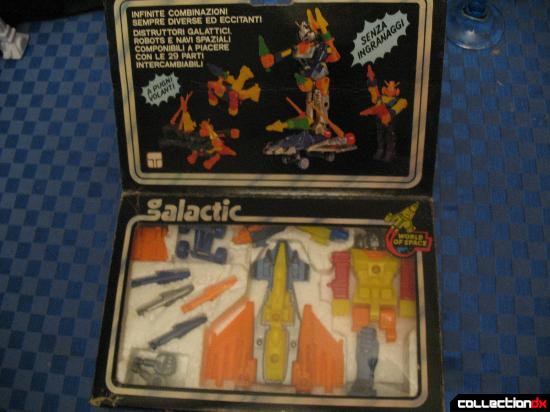 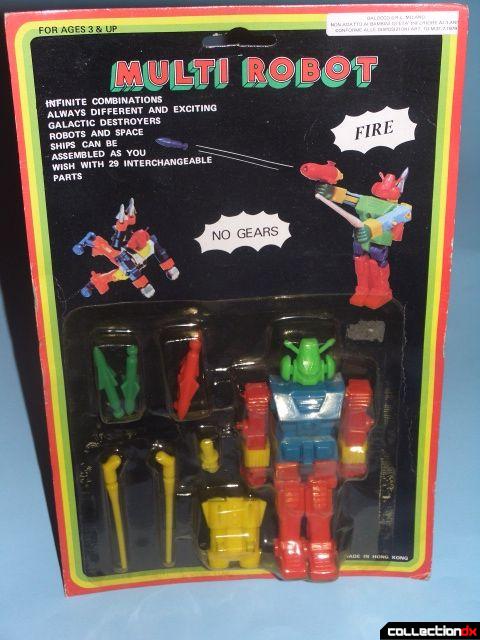 Inside, the plastic is terrible. Let’s be straight here, it’s a terrible toy, but it is a unique oddity in the history of Japanese Toys. 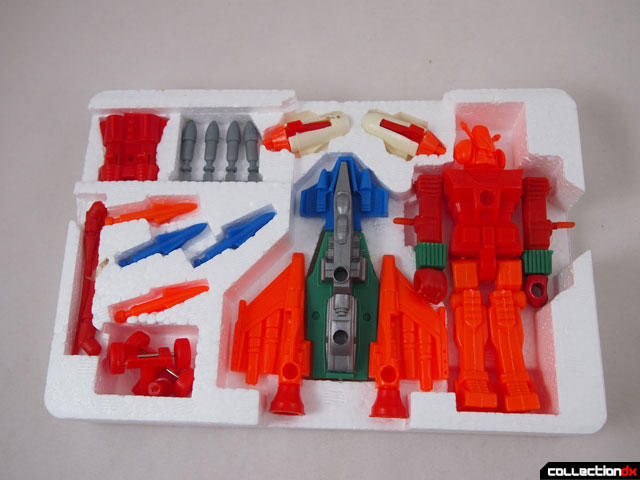 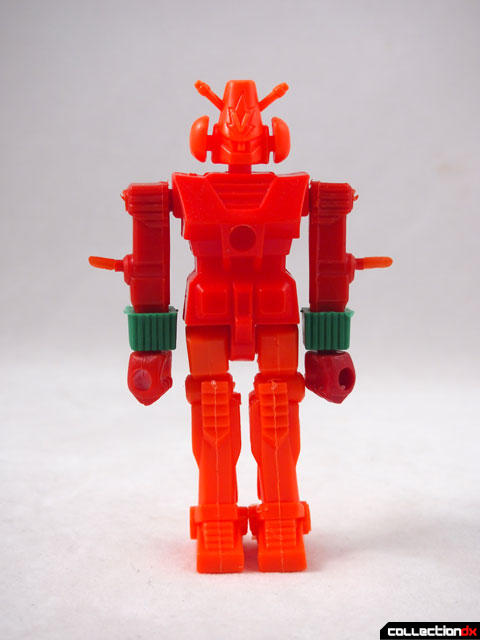 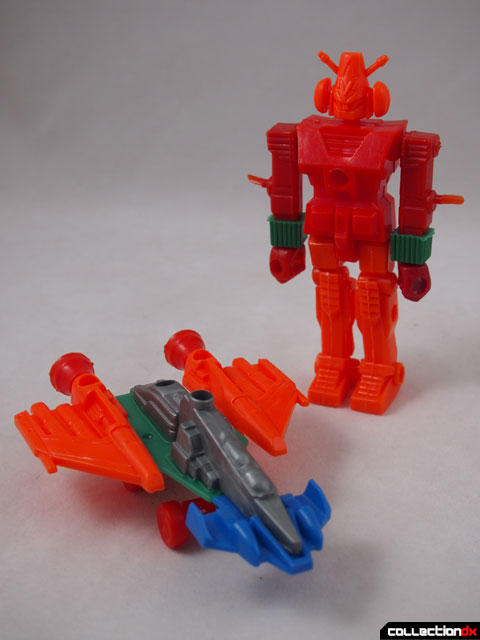 The head is clearly Combattler-V, and the body is reminiscent of Gundam but not exactly. This was probably cobbled together from several off-brand Japanese cheap toys and had a Combattler head stuck on. Many of the parts don’t even have a similar design aesthetic.

The only thing left to do with this monstrosity was to play with it. Dave and I took turns making our own creations. Which do you like best? 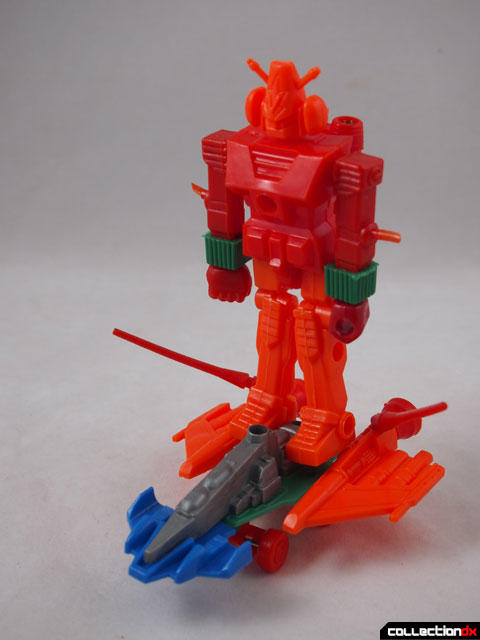 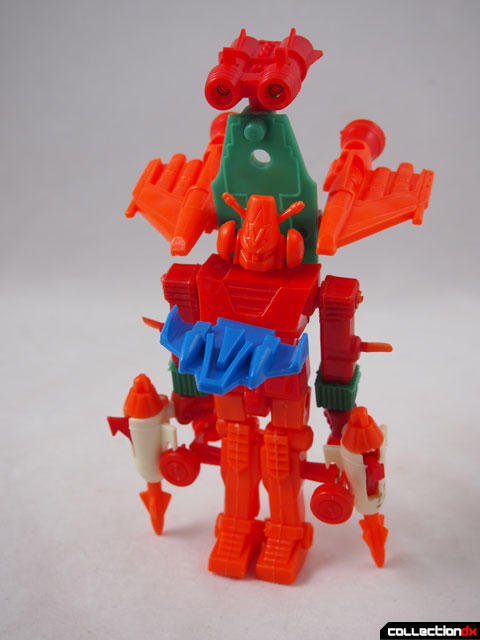 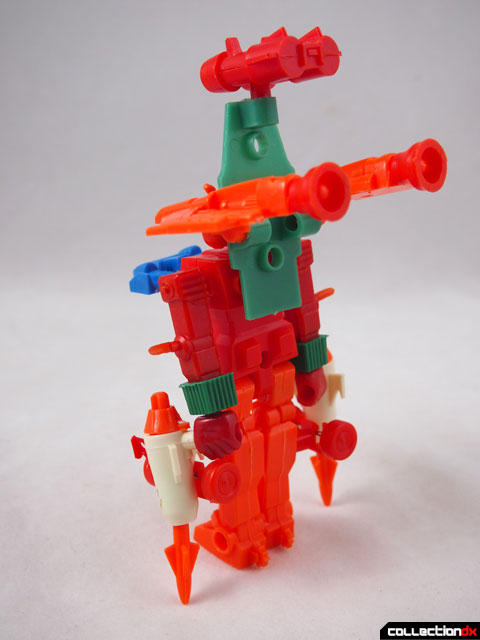 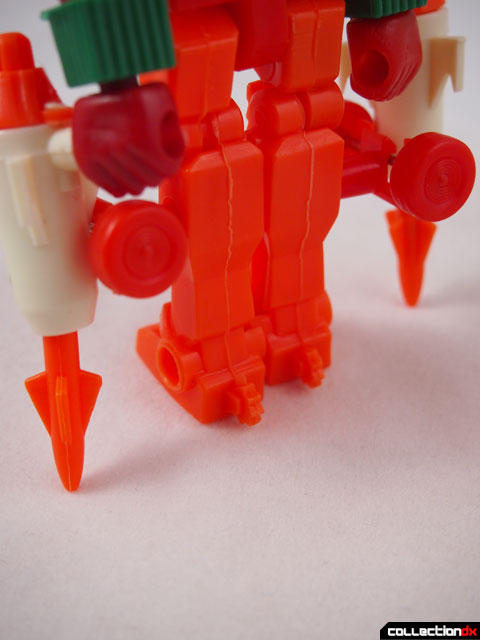 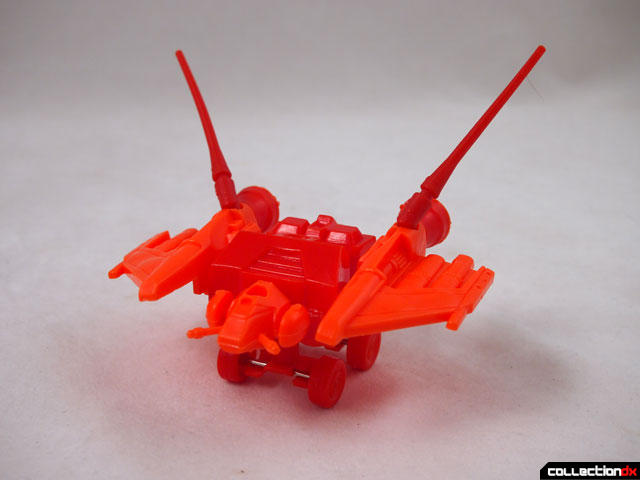 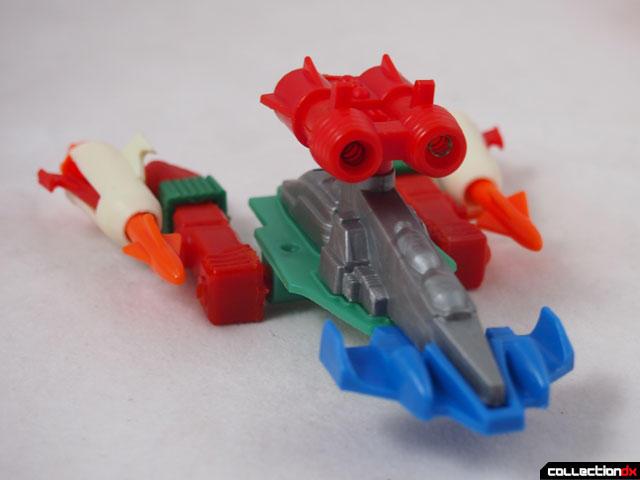 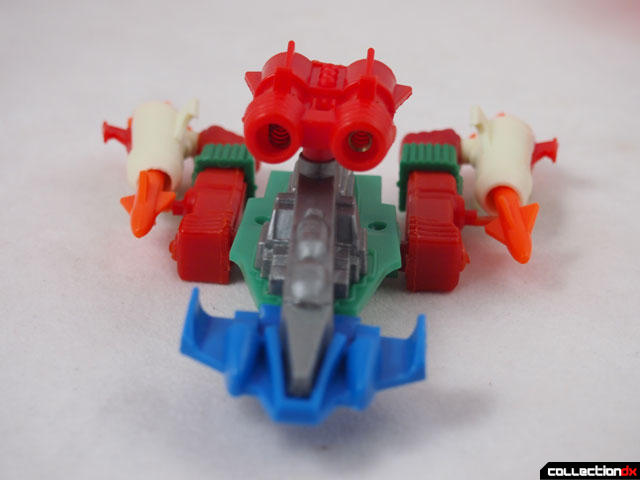 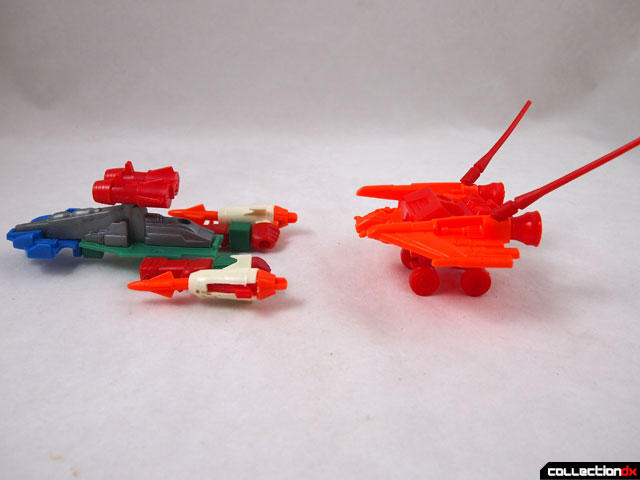 So, all that being said, it was fun to mess around with this. The spring loaded missile launchers work, and as advertised on the packaging, there are “no gears”.

Josh this thing rocks! I can just imagine how bad the plastic quality is, but the crazy colors make it pop nonetheless. Crude, yes, as many KOs are. I am not a big Combattler fan, but the whole Combattler/Clover Gundam/random bot mash up is just awesome and man a window box with presentation flap on a KO? Oh my! Any toy that has a ride on space cruiser is a winner in my book! Great find and thanks to Dave as well for having his input.

Combattler's head and Gundam's torso... it feels so wrong...

At least it doesn't have gears. That would be REALLY upsetting.

This definitely looks right at home in my display! Thanks again for hooking me up. It seems strange to me that there is an unpunched hole in the top as if this was meant to be hung on a peg.

The base parts for the vehicular part come from Takara's Timanic Nicmachine toy, which was also repurposed as Micronauts' "Hyperion" with some serious modification.

I really appreciate your reviews of clunky and unwieldy bootlegs--- these reviews are my favorites in that they enable me to enjoy various crummy and ill-conceived toys yet not spend any money on them nor feel badly for throwing them away (or flushing them, if they are small enough). Keep the clunky bootleg reviews coming!

...and count me in if you want to do a kickstarter campaign for a Josh B./Collection DX book on hideous bootlegs.