There's so much WTF going on with this toy, it's hard to figure out where to start.

I've come across Voltron bootlegs before, but this one is special for many reasons.

The main draw here is the glorious packaging. Lets take this one bit by bit.

The oversize card features the Voltron toy and a bonus miniature Transformers Darkwing. An odd pairing for sure, but such parings are not unheard of. 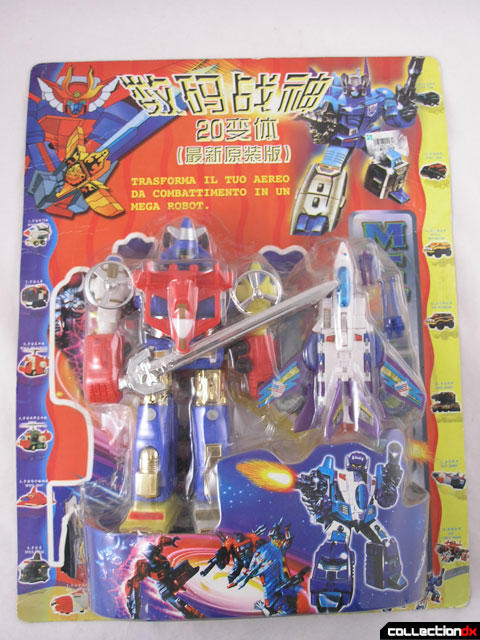 The name Metamorpher comes from the side of the card, but who knows if that was intended for this figure or not.

The characters on the card make little sense as well. There's a G1-style package back painting at the bottom, brave series characters, and even some original vehicle Voltron toys. 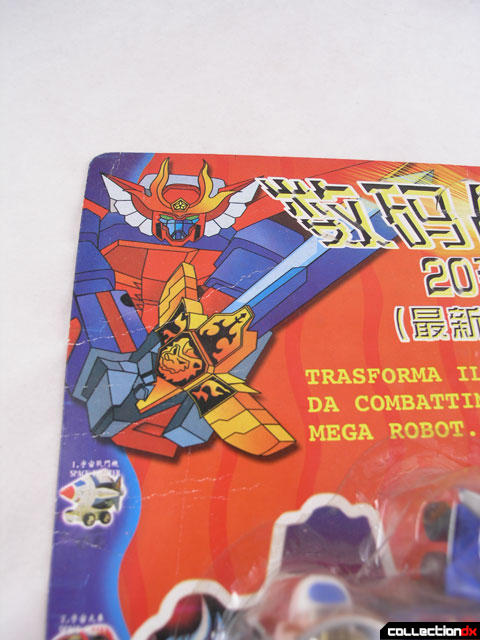 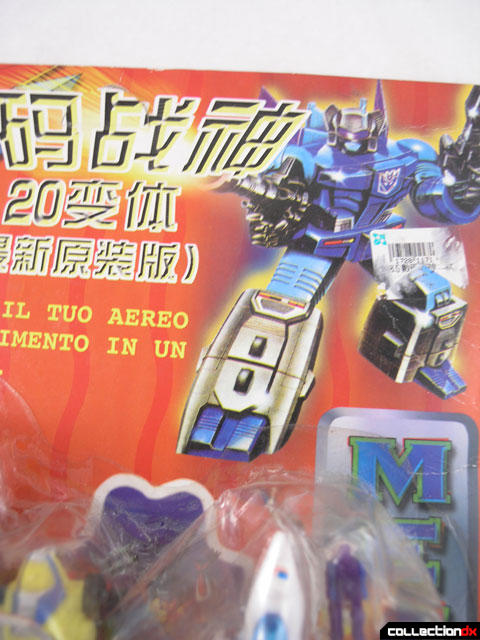 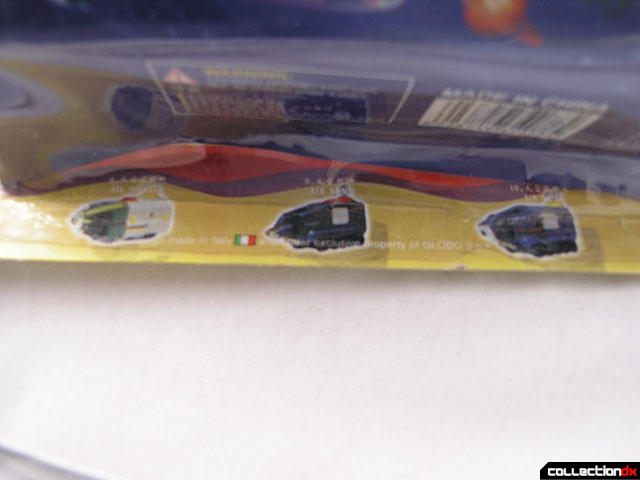 But the killer here is the mix of Chinese and Italian writing on the packaging. I can't read Chinese, but the Italian says "trasforma il tuo aereo da combattimento in un mega robot" which translates into "Transform your fighter into a mega-robot" 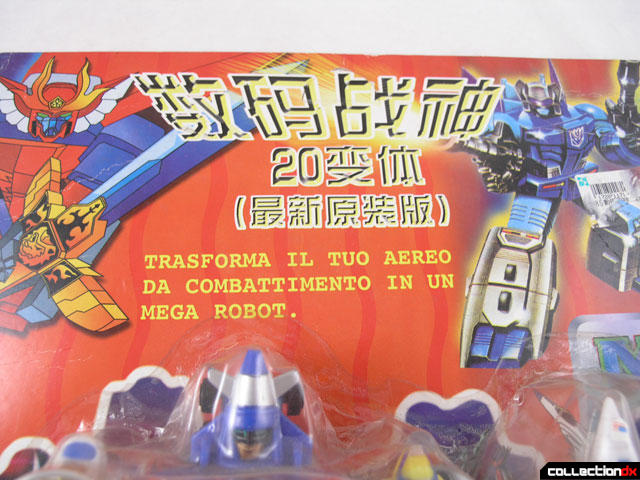 So there's that. Then there's the pricetag, while mostly removed, shows the remnants of Chinese text. 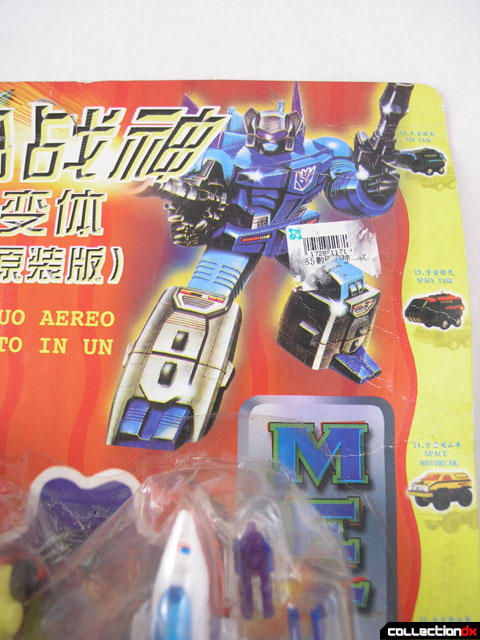 Flip over the back and you have the transformation instructions. 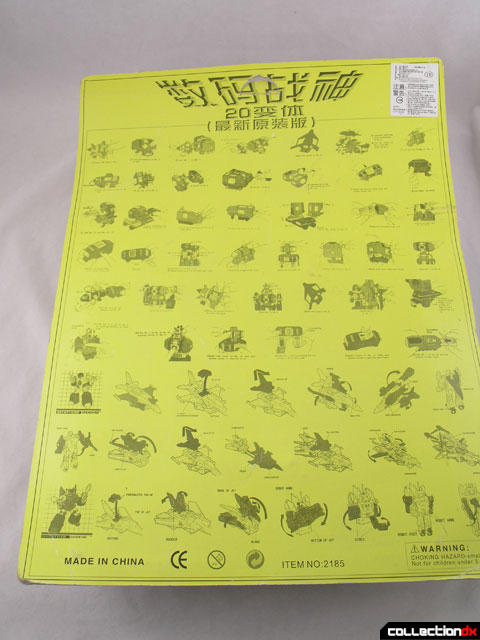 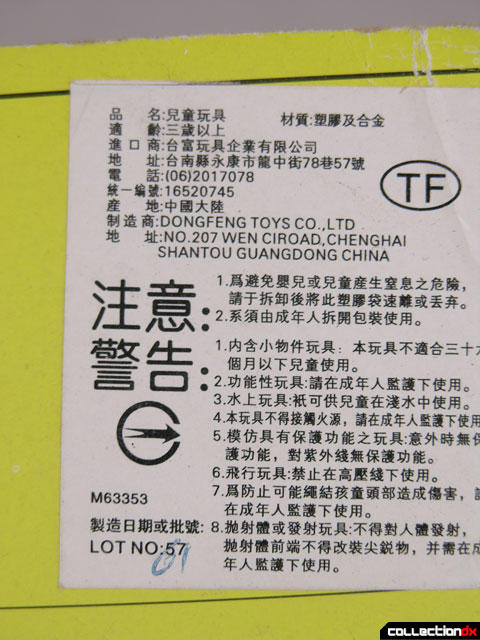 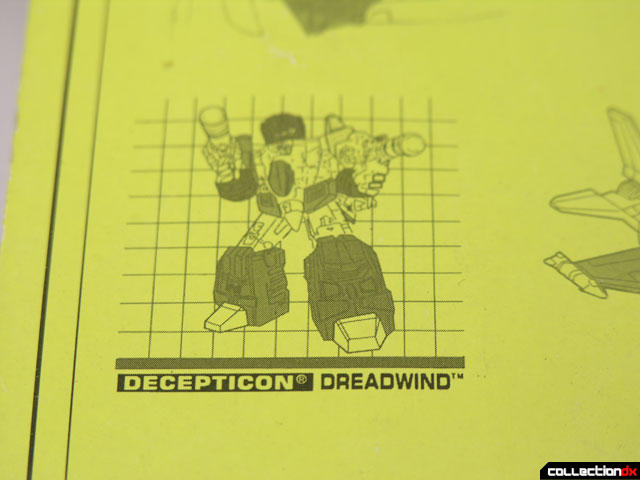 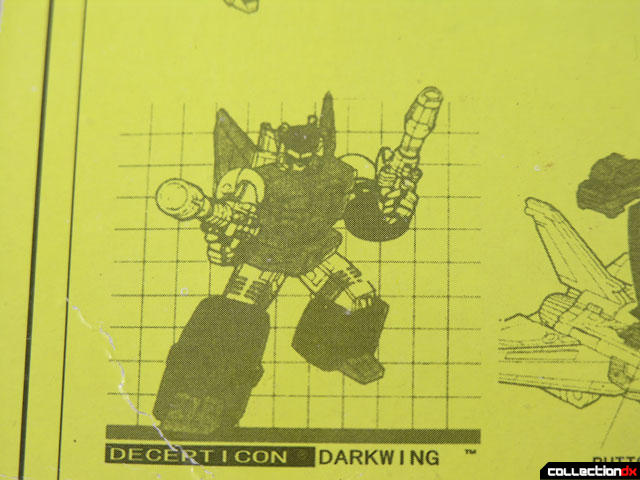 The engrish is as awesome as you would expect. It's worth noting that the toy the instructions are based off of are of the DX Chogokin Dairugger XV. 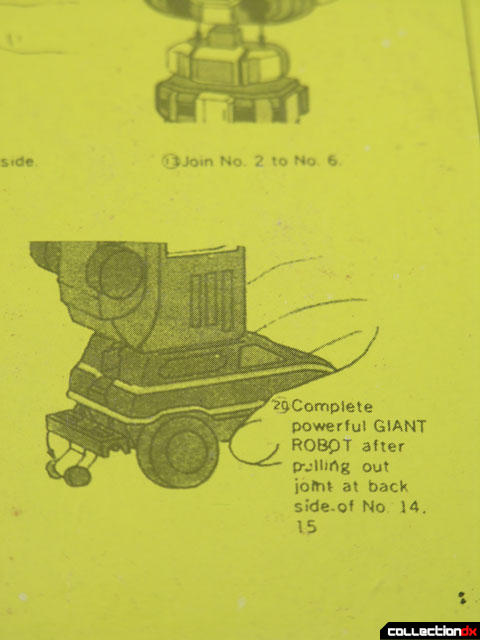 The toy is significantly taller than the ST Dairugger, and it's roots are unknown. I've got close to 100 different Dairugger / Voltron 1 toys and I have yet to be able to identify it's origin. 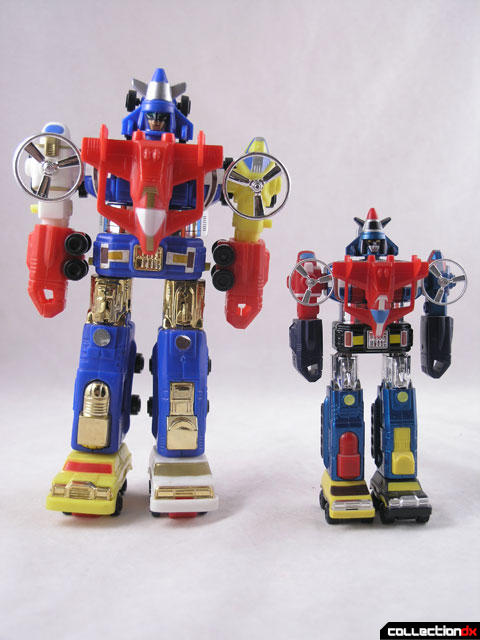 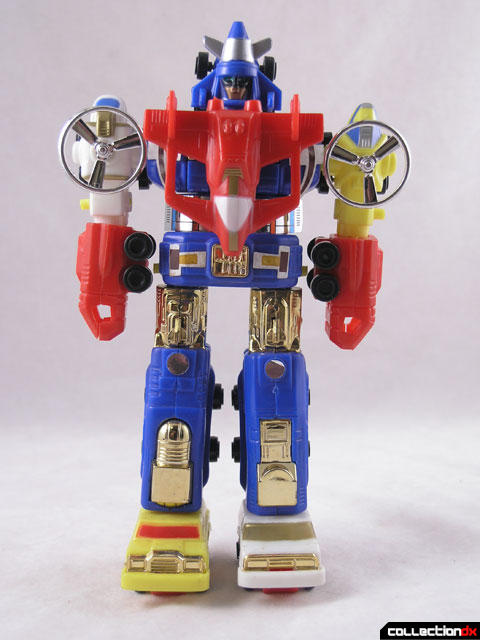 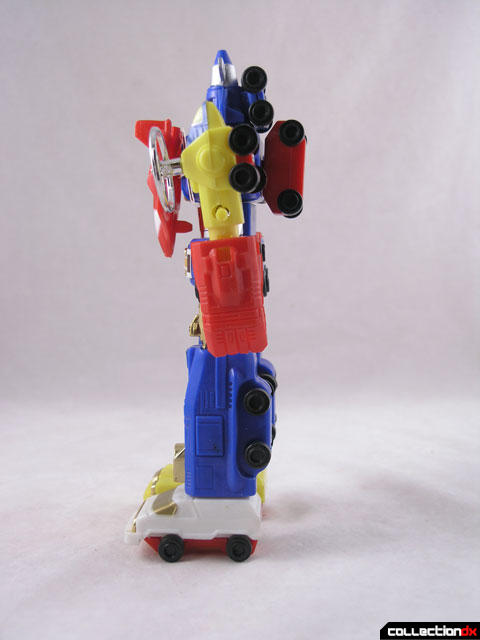 The toy is crap. It's made out of that cheap waxy plastic and the gold bits are likey to flake off and give you brain cancer. The parts dont fit well, the toy is loose and sloppy. It does transform as it should, and even the fists fire. 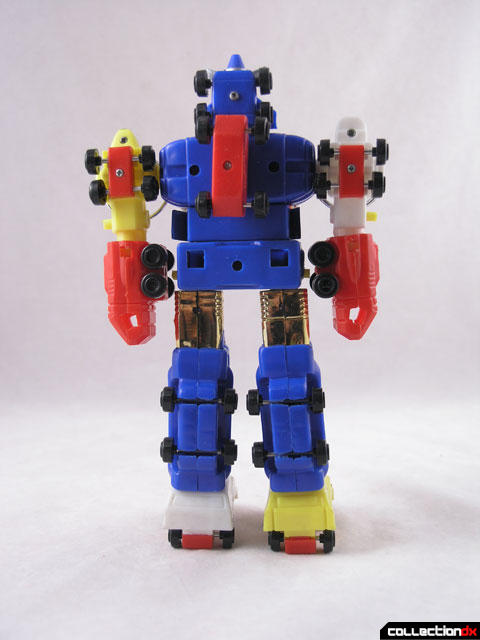 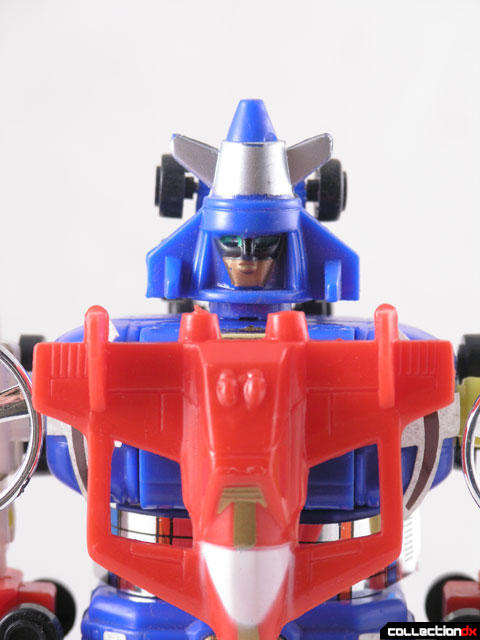 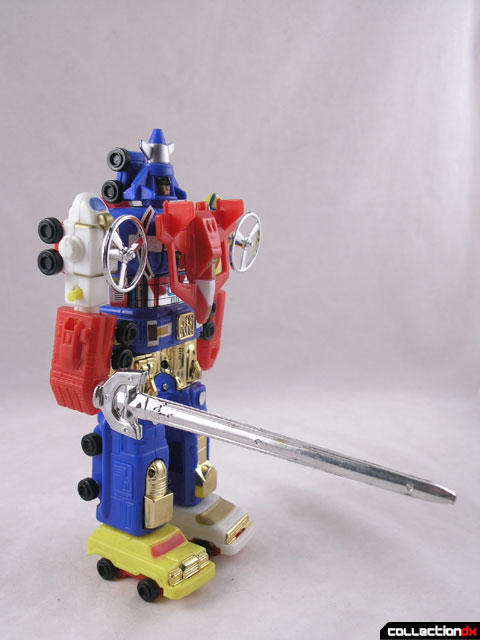 The Darkwing toy was such crap I didn't bother to review it. It ended up in the trash.

Still, like an addict, I cannot resist the lure of Dairugger. It's in my DNA. He calls to me, no matter what shape he is in. I am hopeless.

Someday, you will find me curled up in a gutter, clutching a crappy bootleg in a brown paper bag.

3 comments posted
"Someday, you will find me

"Someday, you will find me curled up in a gutter, clutching a crappy bootleg in a brown paper bag."

hahahaa this is how I feel about some of my robot vices...what have these robots done to us?!

Ive yet to see a better Dairugger collection than yours.

How long did it take you to get that thing to balance upright long enough to take a photo? A glorious eyesore!

I kinda wish the feet and shoulder colors matched. Like both white on one side, both yellow on the other.