I almost get bored of saying "this is one of the worst Mazinger Z toys out there" because the supply of horrendous renditions of this beloved character never seems to run dry. I tell ya, if I were a super robot, I'd try to keep a low profile because it seems like the more popular you are, the greater the chance that your image will be repeatedly mutilated and used to make some of the worst products on the planet. 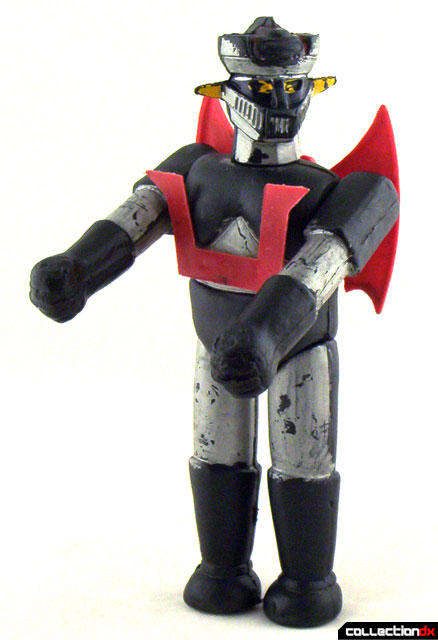 This particular Mazinger Z comes from Mexico and I sort of consider it a companion piece to the super rare, horribly ugly jumbo that they made down there. The face is very similar and they share the same bat wings. A third toy exists that I think is bigger than this, but not quite jumbo sized that would complete this unholy trilogy. Don't even get me started on all the little "Star Wars" style action figures down there, one of which is included in the picture below.

But this toy is probably the most common of the bunch. I've seen it on eBay plenty of times but could never quite bring myself to buy it until recently. It's 12" tall and articulated at the hips, shoulders and neck. Made of polyethylene with painted details, the paint is always chipping off and looks terrible. 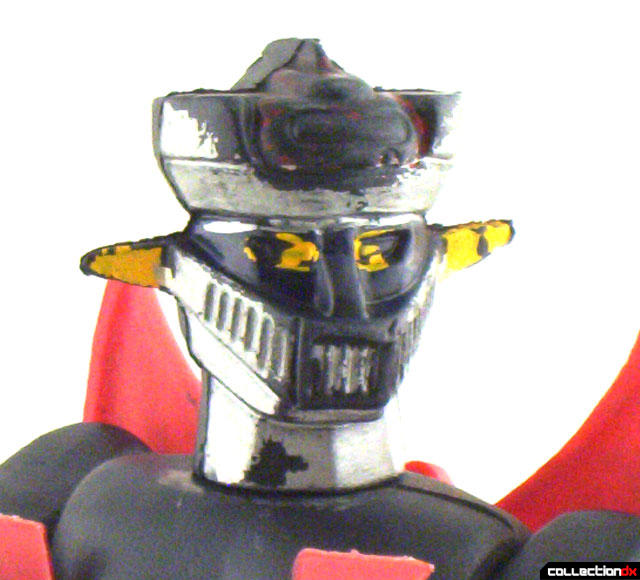 Oh.. did I mention the bat wings? It seems like this can't be pointed out enough. The funny thing is that eventually, Japanese designers would start to add bat wings to some of their robots. Hey Japan, get your own ideas! 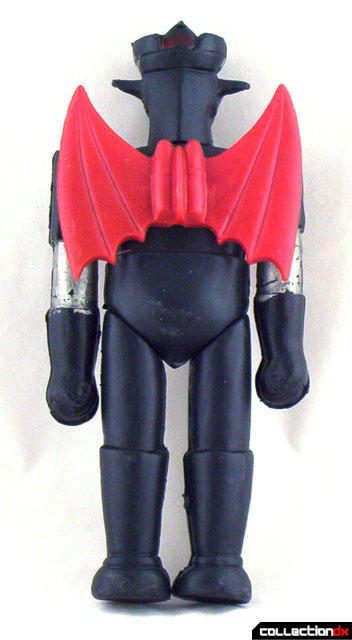 Another thing about this one is the way the chest piece is all one piece and sags down into the belly of the bot. It makes it look like an old man version of Mazinger Z to me.

This toy is terrible.

So, earlier this month was my first trip to Mexico and I didn't have a chance to look for toys, but we're planning a yearly trip down there....

Where do you find bootleg toys? I'm assuming I won't find them in the hotel zone in Cancun, but, what about downtown Tulum? Are we looking at just the random stores, or do the Walmarts down there carry shady merch?

ETA: Of course, I'm assuming that they're still churning them out.. =)

I wish I could tell ya. I've never been to Mexico. Everything I've got, I just got on Ebay...

Er...the chest piece looks nice, I guess. I sorta dig the U shape

the Bootleg Gods must be very pleased....

Gotta love the black, pitted look. Very in for super robots this year.