Geta 1 was the second Jumbo to surface from Mexican toy makers Jugarama. It is nearly identical to the Popy Getter 1 Jumbo Machinder, but does feature some distinct differences. First of all, the toys are obviously named slightly differently and have unique stickers on their waists. While the Popy toy says "Getter 1" in Japanese, the Jugarama says "Geta 1" in English. The yellow on the pelvis of the Popy version is a thin vinyl covering, while it is simply painted on the Jugarama toy. The top and bottom of Geta 1 are not intended to be separated and are actuallly connected with two screws. The paint on the head is sloppier and the vinyl softer. Also ,the legs of the Jugarama version are softer. I can actually squish them just by squeezing the sides. Lastly, the Jugarama toy is slightly smaller, measuring only about 22.5" tall. All the other proportions are shrunken as well, so that a fist from a Popy Getter 1 will not fit on a Jugarama Geta 1.

Much like the Aquaman Jumbo before it, when specimens of this toy first starting appearing, they were often seen with incorrect fists. For awhile it was actually unknown if it really had two matching fists like the original. Sometimes it had a missile launcher, sometimes two right or left fists, sometimes even an Aquaman fist. But most notably, it first appeared with an axe throwing fist like that of a Getter Dragun Jumbo. This is significant because the fist from a Popy or Shogun Warrior Dragun should not fit on this toy, which would suggest the existence of a Jugarama-made Getter Dragun, although to date no such toy has been discovered.

Note also that the specimen above does not have the waist sticker, but does have all the other appropriate sticker details, which are missing from mine. Though neither pictured here has the cape, I have seen at least one specimen that did. It often seemed like no two specimens of this toy were the same!

One very cool thing that Jugarama did was to include the missile launching accessory with this toy. You didn't have to buy it separately like with (most of) the Popy Jumbos, nor did it replace the correct hand like with the Mattel Shogun Warrior Jumbos. 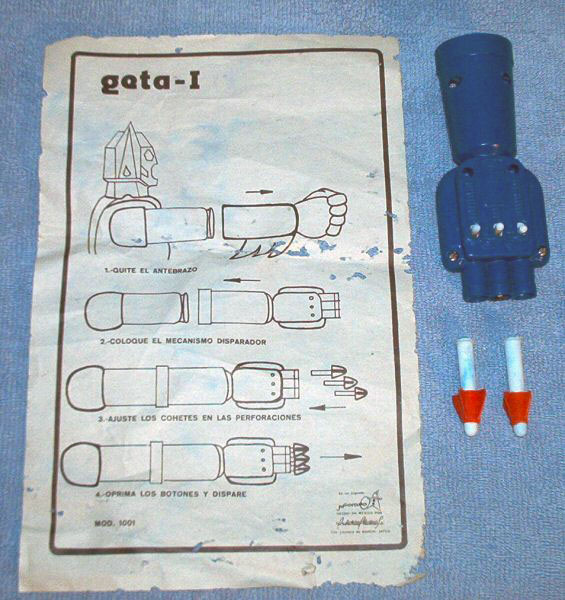 Just like the other Jugarama jumbos, it is nearly impossible to acquire this in a box. So far, just one example of the box has surfaced. It features artwork that mimmicks the Popy Getter 1 box. The following image is from the auction for the only known boxed specimen. 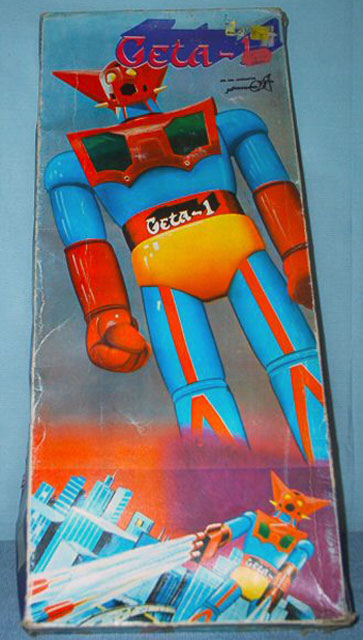 The side of the box shows the other toys in the Jugarama Jumbo lineup. There is no Dragun listed as you can see, but I have also been told of a Mazinger Jumbo from Jugarama so it's possible there was a second wave of releases. It has always been my hope that since there definitely is a Getter Poseiden and that there may be a Getter Dragun, there might even be a Getter Liger out there somewhere! Hopefully more of these toys will some day come to light. 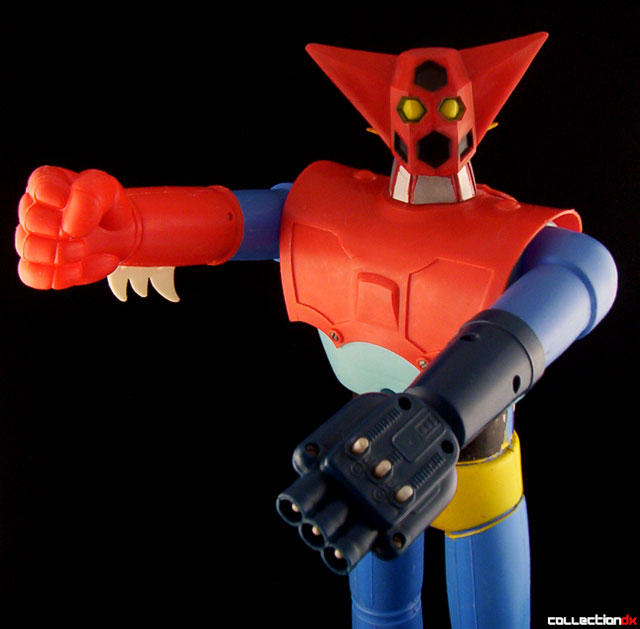 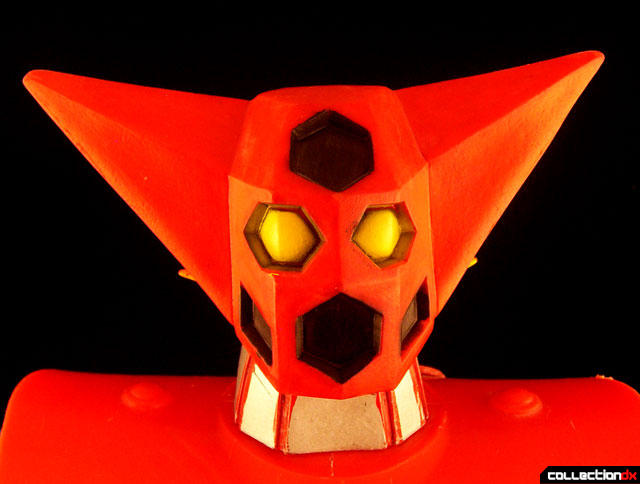 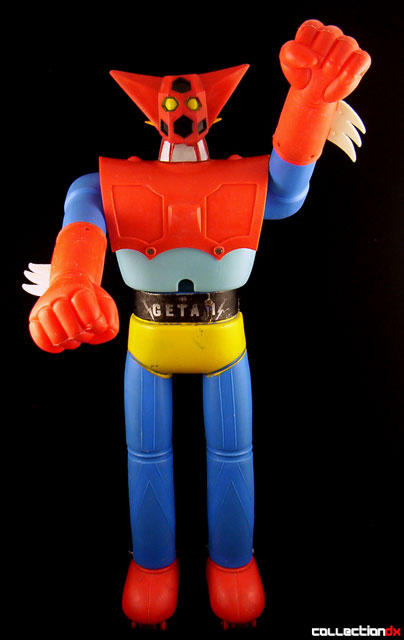 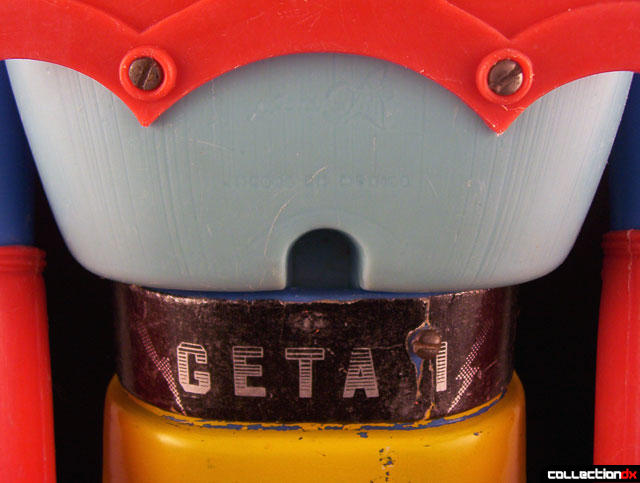 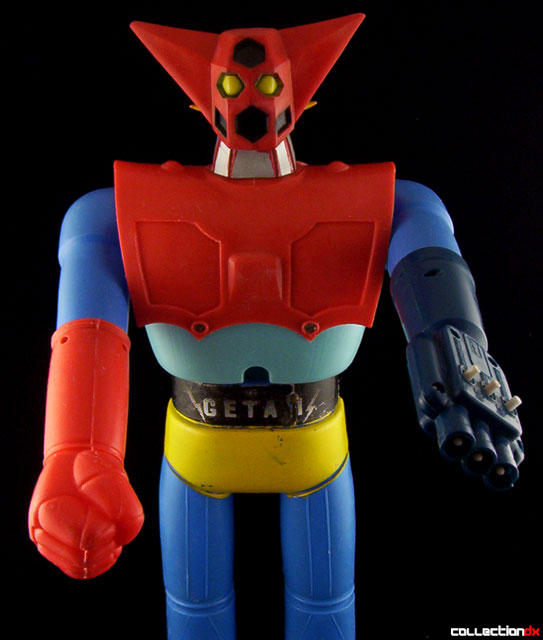 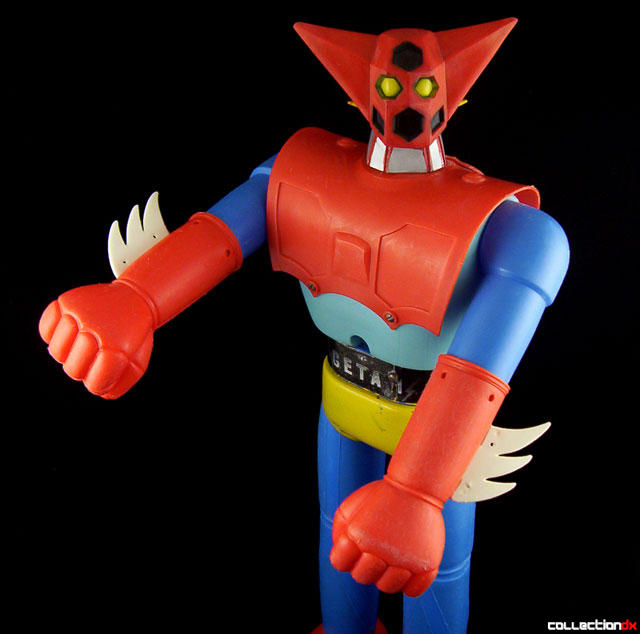 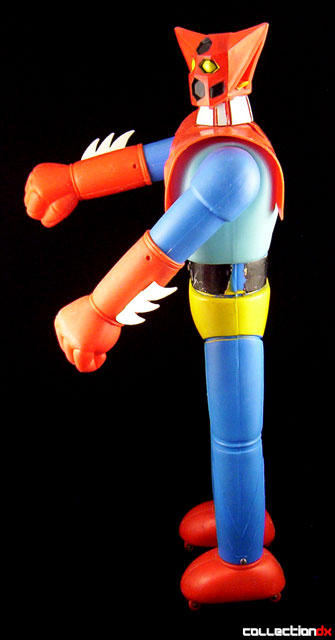 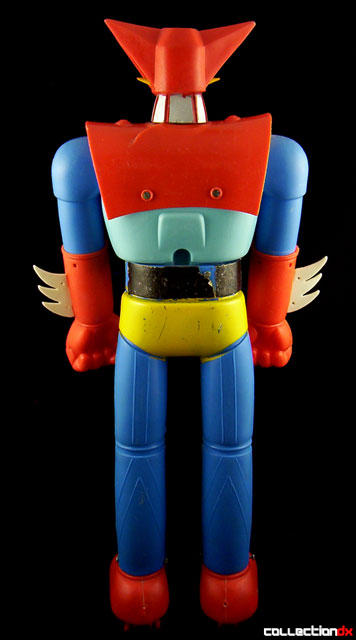 I got word today that the version pictured above with the axe throwing fist actually has the upper arms, fists and feet of a Mattel Dragon (as well as repro stickers). So that explains why the fist fits on and now leaves no reason to believe that there was ever a Getter Dragon made by Jugarama.