It was at a birthday party one fine summer day, when upon winning a pile of tickets at a Dave and Buster's, I found these Gundam eraser Bootlegs! 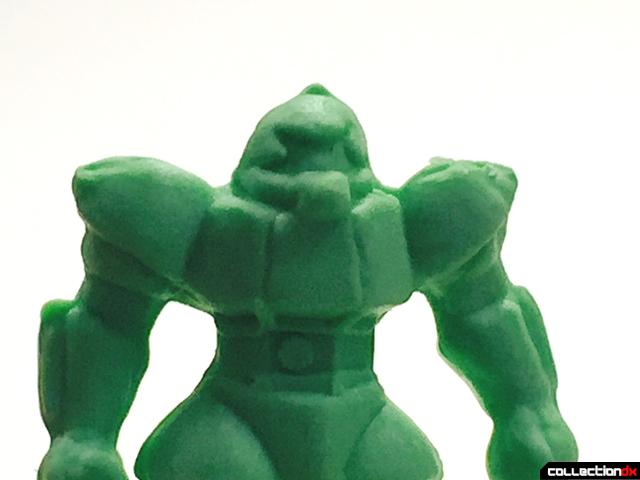 The first of a few, this curiously green Gelgoog is an eraser that fails at not only being a faithful representation of the famous Mobile Suit, but also at just being an eraser!

Seriously though, this has to be the worst eraser I've ever had the displeasure of erasing with, as it basically just smears the lines instead of making them disappear.

As a Gelgoog though, it's at least passable. It looks the part just enough to be identified as one, but the Bootleggers have taken some liberties. A tube that runs from the back of his head to his back skirt has been added and, his iconic monoeye has been omitted. 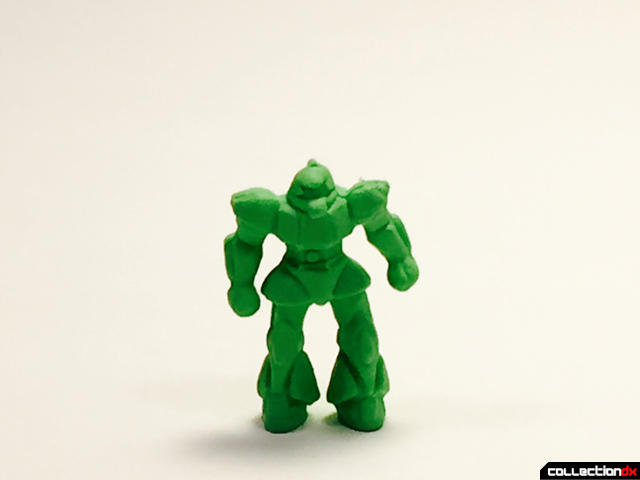 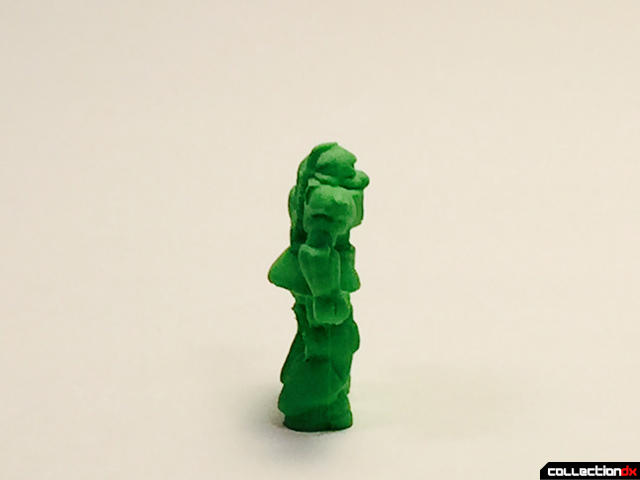 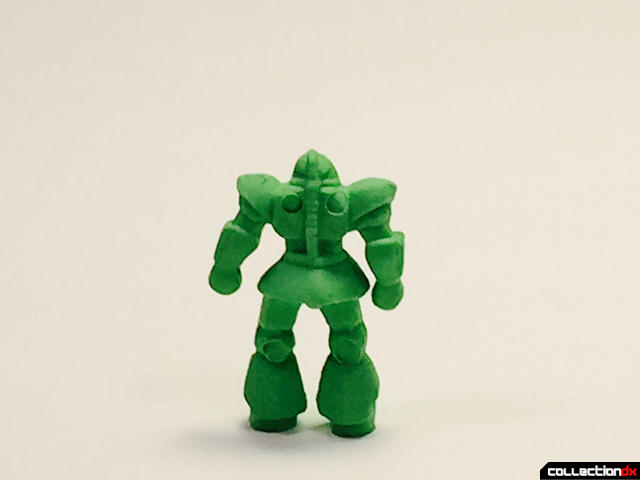 As far as size is concerned, he is a fair amount smaller than Legends rid 2015 Optimus Prime. 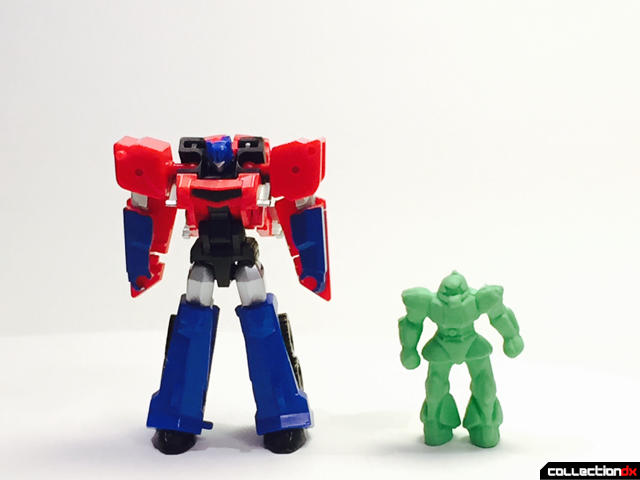 A company logo is molded on one of the feet, do you know who it is? 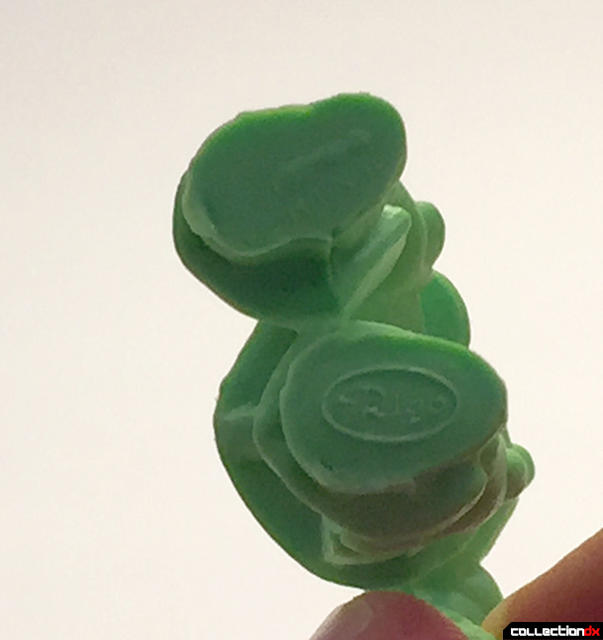 As far as a recommendation for anyone is concerned, I couldn't tell you one. If you are interested in a Gelgoog eraser, just get one of the many official ones. They probably erase better too.

2 comments posted
I thought Amuro was the Gelgoog eraser

Except when there's an Elmeth in the way.