I've talked in the past about how much I love the Dangard Ace Jumbo Machinder and how that led me to lust after both it and the yellow bootleg from Italy. After finally getting both, I thought the story would end there. But no, eventually I would discover and acquire more Dangard bootleg jumbos from Argentina. Since those toys were produced in two different colors, I was prepared to for the possibility of more in other colors. I was not prepared for what turned up next. 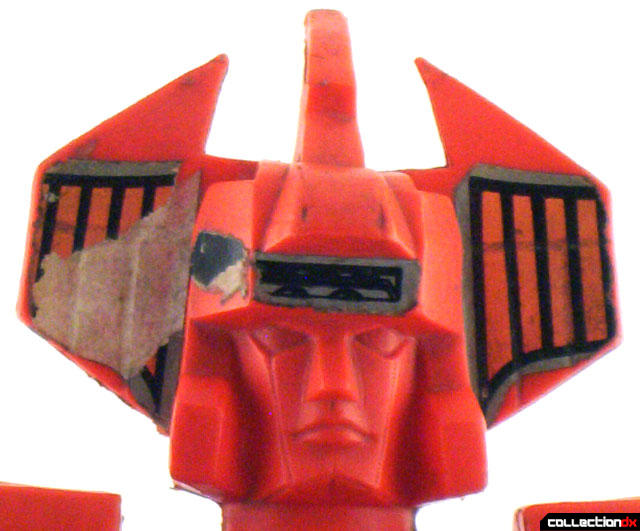 Ironically, on the very same day that I was offered a third specimen of the toys from Argentina (one with green arms), this toy from Peru surfaced. I'd never heard of any jumbos from Peru before this and was very keen on getting it and was fortunately able to do so.

At first glance, this looks just like the other Dangards we'd seen previously, but it's actually quite different. Not only is the color different, but it had some different stickers on the arms.

And oh yeah, about those arms. Would you believe me if I told you that they had a toy gun inserted into them? When I first saw the toy, I could see a trigger on the underside of the arms and could tell that the fists came off. So my natural assumption was that the fists launched like many other jumbos, but just with a unique launching mechanism. But upon receiving the toy, I found out that was not the case at all.

What I saw instead was so insane and crudely primitive that I couldn't help but laugh. It seems that this toy simply had the fists cut off and the shooting mechanism from a toy gun inserted into each hollow cavity of the arms. A slot was cut into the bottom of the arm to allow access to the trigger and a hole was cut into the front of the fists! 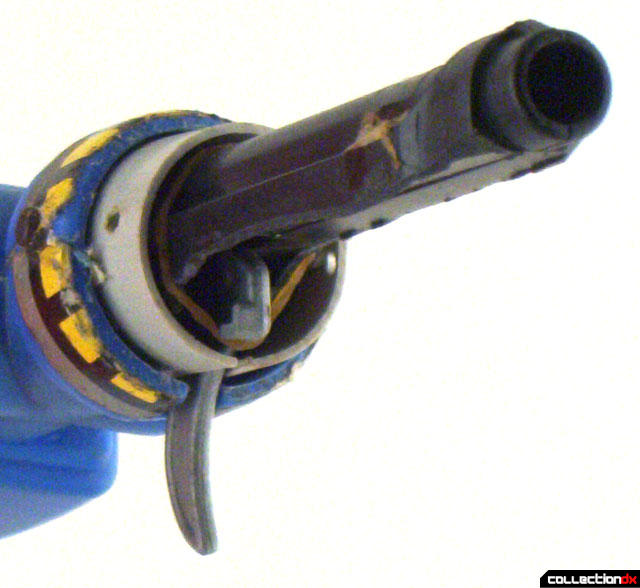 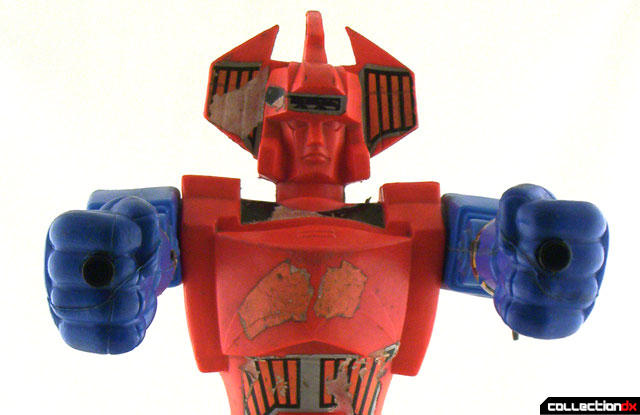 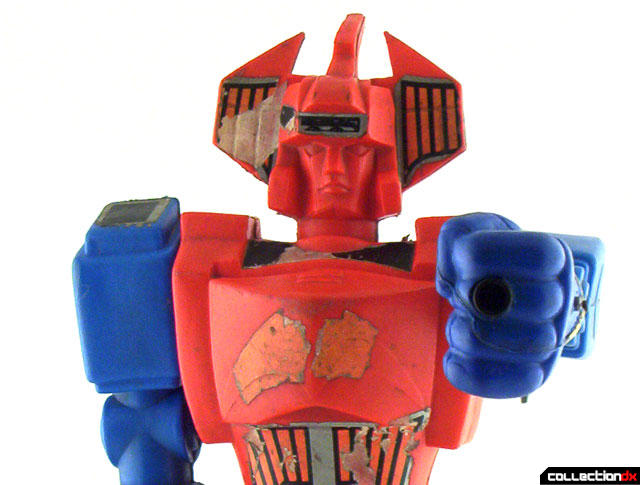 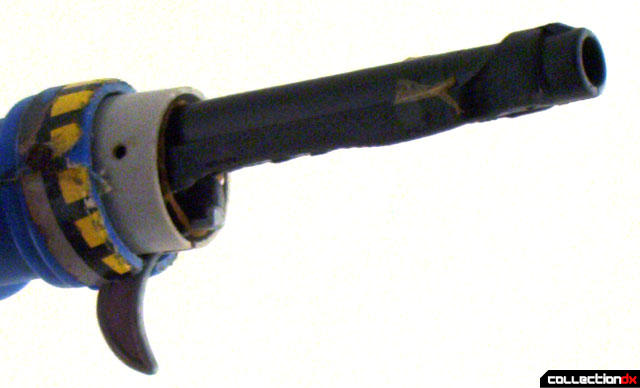 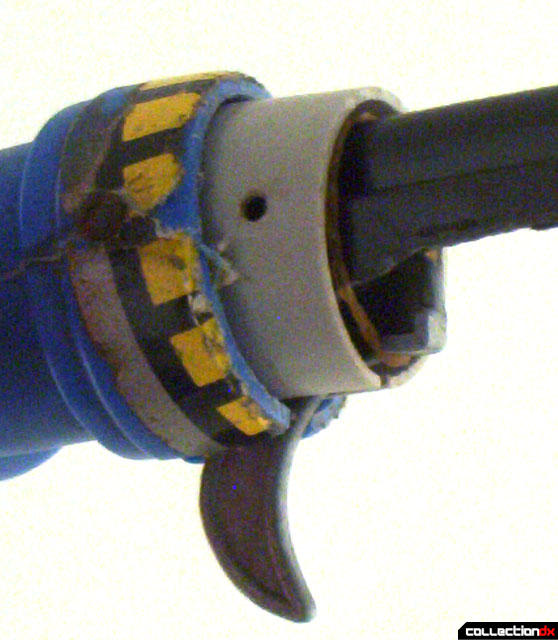 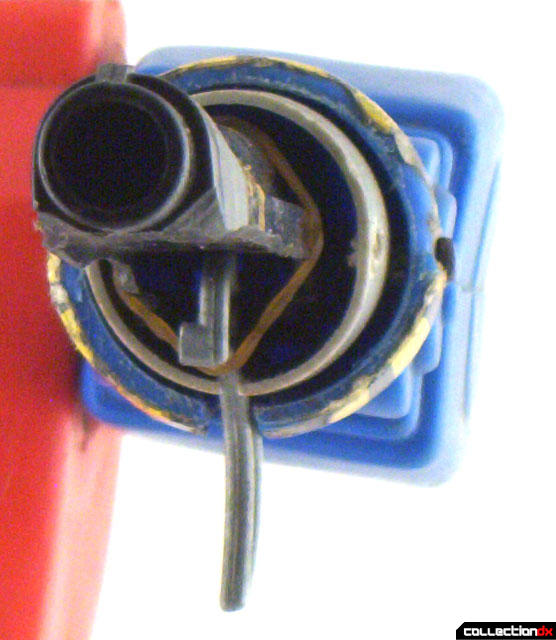 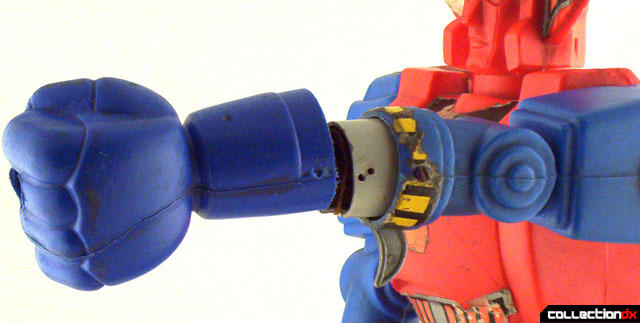 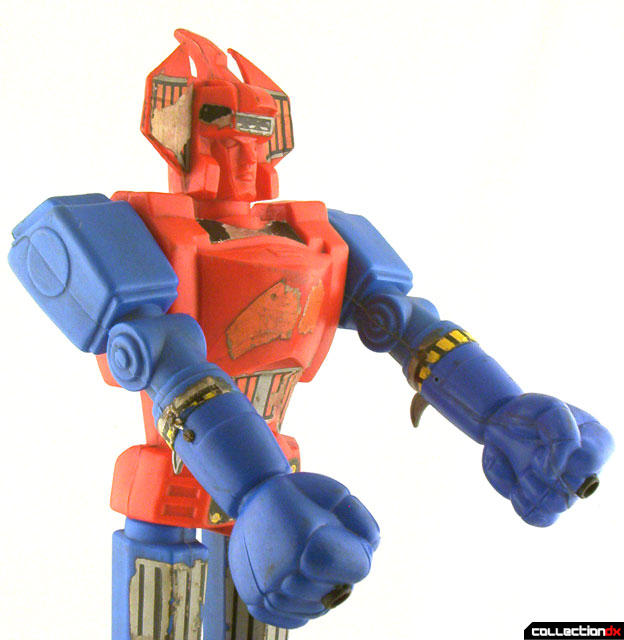 I thought I'd see it all, but this takes the cake. And if it were not for the fact that the seller almost immediately found more specimens of the toy that were all the same, I would have thought that this must be a custom.

Did I say all the same? Well, not quite. While 2 more of the same color have surfaced, there's also been a second version that replaces the red torso with white.

Other than the color difference, both toys are exactly the same, right down to the ludicrous gimmick. I'd love to know what was originally shot out of those fists. Missiles unique to this toy? One of those plastic bullets that stick to things? One thing is for sure, whatever it shot, it shot hard. I managed to get a pencil to fly 16 feet out of this.

So, although these two toys are basically the same, how do they stack up against the other existing Dangard Ace Jumbos? Well, naturally they can't touch the original Popy toy, but they are higher quality than the ones from Argentina and maybe even the one from Italy, too. The polyethylene is pretty thick and solid. Also, these are bigger than the ones from Argentina and about equal in height (21.5") to the Italian one. They also stand more upright than the others. Unfortunately, it seems like it might be impossible to find one mint as the stickers are always in really rough shape. This has been pretty common on most of the toys I've gotten from South America. Maybe it's due to the climate?

One thing is for sure when I first got into this hobby, never in a million years did I think I'd end up with seven different Dangard Ace Jumbos!

And who knows? Maybe someday I'll have more. I know of another from Hong Kong with a yellow body and red head and it will be no surprise at all if more surface from South America. 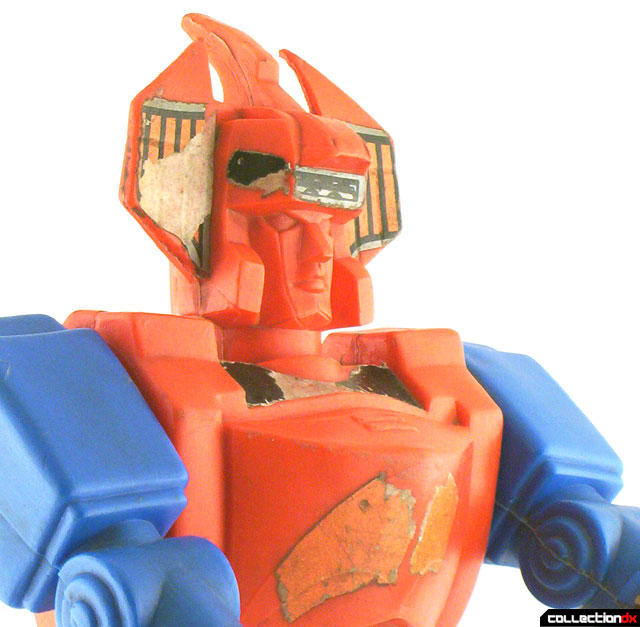 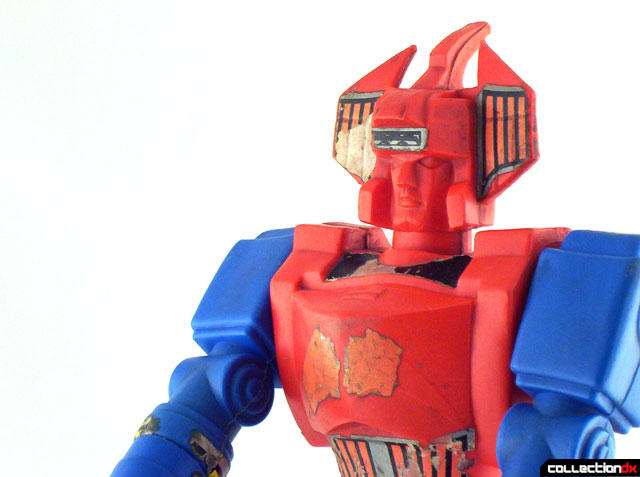 7 comments posted
I love reading about these

I personally think these foreign jumbos are fascinating. I wonder what the story behind them being made seperately in all these different countries is?

That CDX features such strange toys as these is--I think--a large credit to the site.

Bloodhound! Nekrodave, thanks for keeping the chronicle of your hunts posted for us. The discovery of that hackjob is funny. We get to see you gain momentum as you slide down the slope(or are you reaching the summit?). =0)

Oh, I forgot to ask, have you uncovered any info on the boxes, or tags/header cards of these toys when new?
As you mentioned the sticker peeling, it's hard to tell from the pics, but the plastic looks relatively ungouged?

Sorry, I've no idea how, or if, these toys were packaged. Naturally, if they came in boxes, I'd kill my own grandmother to get one, though! LOL And yeah, there's plenty of scuffs and scratches on these guys. Gouged may be too strong a word, but they sure aren't mint.. ;)

Ok, so I just got back from the corner store. I decided to take a look to see if they had any of those cheap guns that might have missiles that could fit these toys. Well, lo and behold, not only did they, but they had the EXACT SAME GUN that was originally used inside these things. Of course, it's a newer version molded in different colors, but it's the exact same mold. So, now I have missiles for both my Dangards and yes, this jumbo shoots suction cups! And shoots them far, like 30 feet or more..

I've been slacking on uploading a picture of this guy, but here it is for those interested. My eighth Dangard Ace Jumbo. Another from Peru with shooting suction cups, this time yellow, blue and stickerless.

Incidentally, I need to keep my eyes peeled for more of those guns. Stupidly, I only bought the one package which leave me one missile short for this new guy. And now they don't seem to be carrying them at that store anymore.