When I was a kid growing up watching Traanzzzooooooor Zeeeee, I always hated that stupid little bungling robot sidekick "Bobobot". He practically ruined the entire show for me. Later, after I'd been involved in this hobby for a bit, learned a bit about the original Mazinger Z show and Bandai released their excellent Soul Of Chogokin Boss Borot, I finally started to come around and see the appeal of this goofy little guy. And when a friend of mine told me he'd discovered a Boss Borot Junior Machinder, I pleaded with him several times to send me a picture of it. Since my friend lives in Italy, I just assumed what he meant was something along the lines of other known Italian Junior Machinders. I imagined something similar to the Pegas Junior Machinder. When he finally sent me the picture, my first thought was that it was a toy from the Phillipines, since it was a similar style to others I have from there. It turns out, though, that the toy was in fact from Mexico. 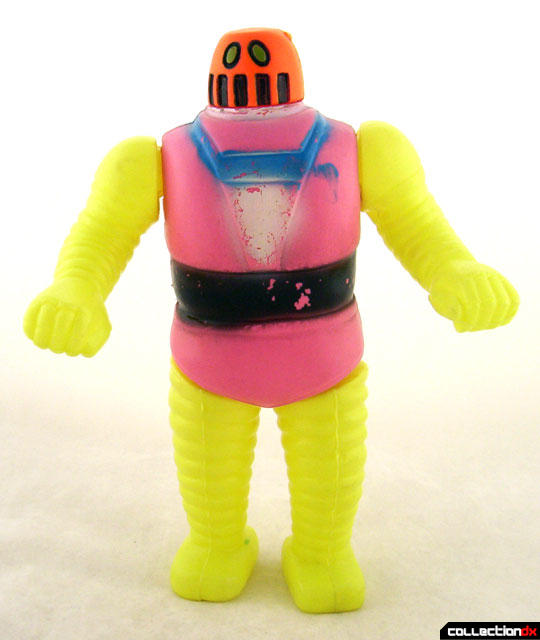 This Boss Borot bootleg stands about 10" tall and is articulated at the hips, shoulders and neck. Made from cheap blow molded polyethylene, the toy manages to capture the silly appeal of the character quite well, in my opinion. 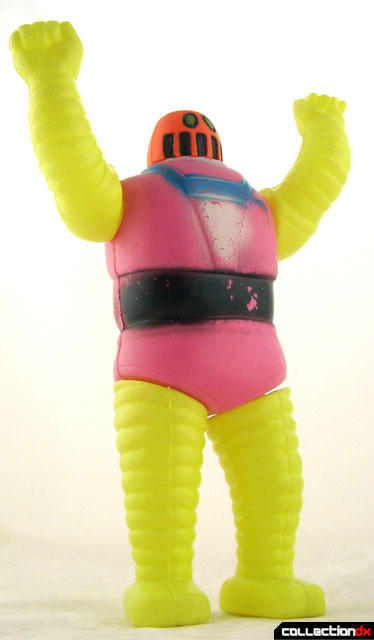 Much of that is the result of a good job being done on the face, where nearly all of this character's personality comes from. 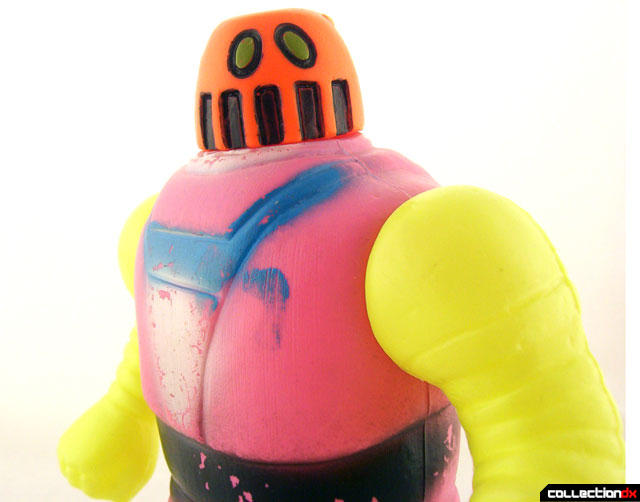 You can see in the picture above that the paint is a little bit sloppy on the chest and there is even an unsightly gap between the leg and the hip. The colors are all wrong and the plastic low quality. But I don't care. I love this thing. 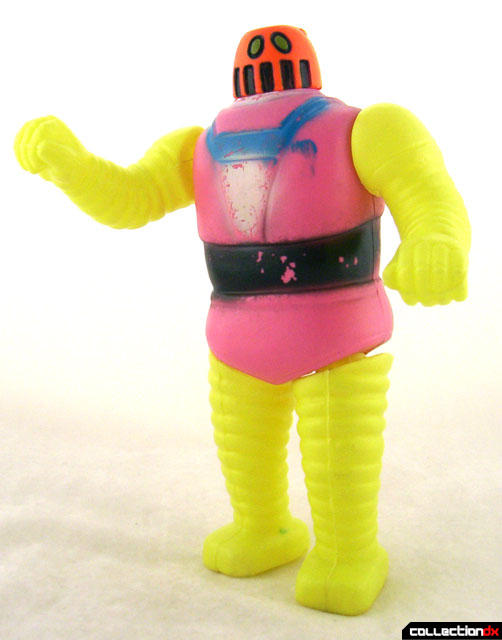 So, as you can see, I've managed to get one for myself. But the one my friend has is a different color, closer to anime accurate than mine. So now I need to get that one (not too mention that little Aphrodai A!!) 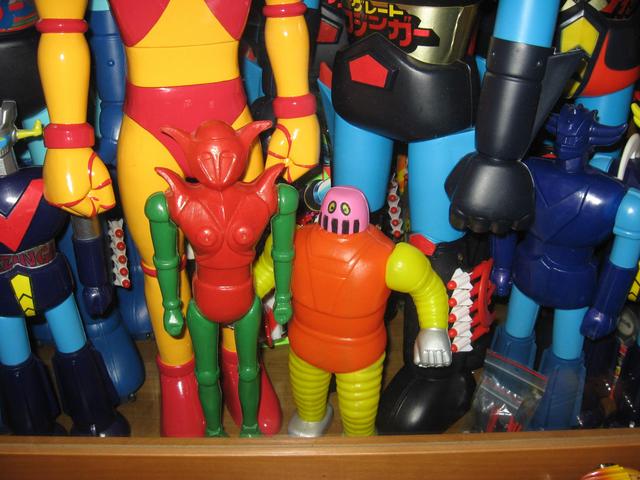