So, now we enter into that strange and confusing world of the "not quite a Jumbo Machinder". The term Jumbo Machinder is often thrown around when describing any large sized robot toy but it's not always accurate. Being a Jumbo Machinder means more than just being large. The size is important, but so is the material used and perhaps most importantly the visual aesthetic. It's hard to explain but you just know a Jumbo when you see it. But even among hardcore collectors there can be some disagreement about what toys should and should not fall into this category. Especially since many toys that might not be considered Jumbos are often collected mostly by Jumbo collectors! One such toy is this vinyl bootleg of Aphrodai A, the famous feminine robot from the Mazinger Z show. 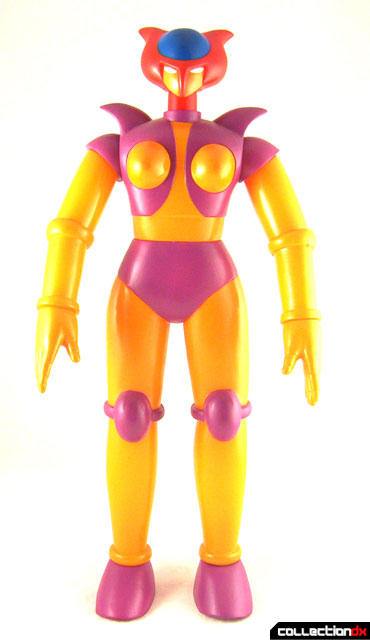 I think in general, most collectors do not consider jumbo-sized vinyls to be true Machinders, even though the villains were made out of vinyl. Stuff like this, the High Dream Grendizer, FLOSRs and jumbo sized kaiju are not included. Sometimes even toys that advertise themselves as Jumbo Machinders, such as these bootleg robots, are not real Machinders. But even though I don't think of this as a true Machinder, it's still a nice compliment to a JM collection. 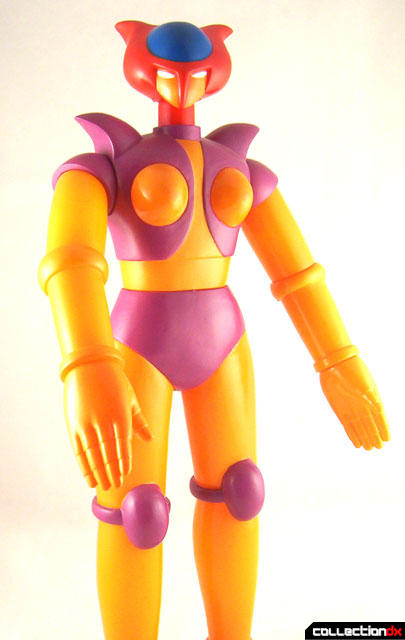 There are 14 points of articulation on this one. The ankles, knees, wrists, elbows, waist and neck all turn, while the shoulders have two joints each. The paint is really nice on the head, but a little crude elsewhere.

With no marks anywhere on the toy and no packaging, it's pretty obvious that this toy is a bootleg. The initial thinking was that the toy originated in Hong Kong, but since that time a second version of the toy has been seen. This new one is much smaller (about 8.5" tall), comes in a box and is sold in Spain. I've never purchased that one so I have no idea if it says where it was made or by whom.

Lastly, you shouldn't confuse this toy with the Aphrodai A toy that was released by Emanium Enterprises right around the same time. 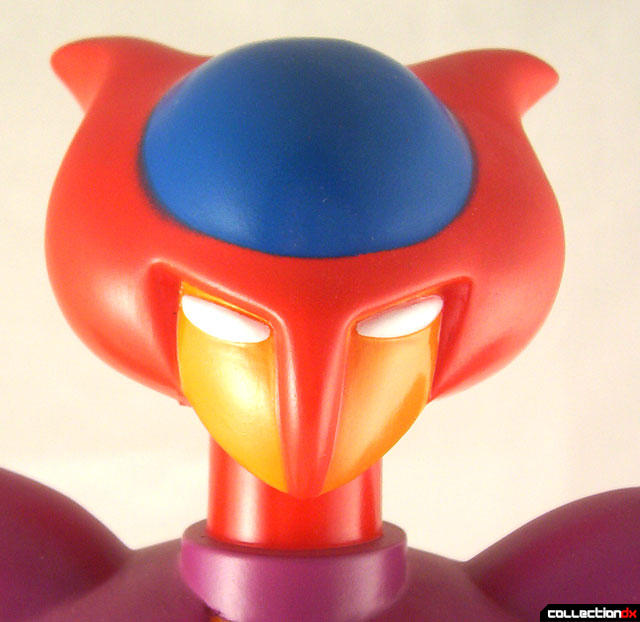 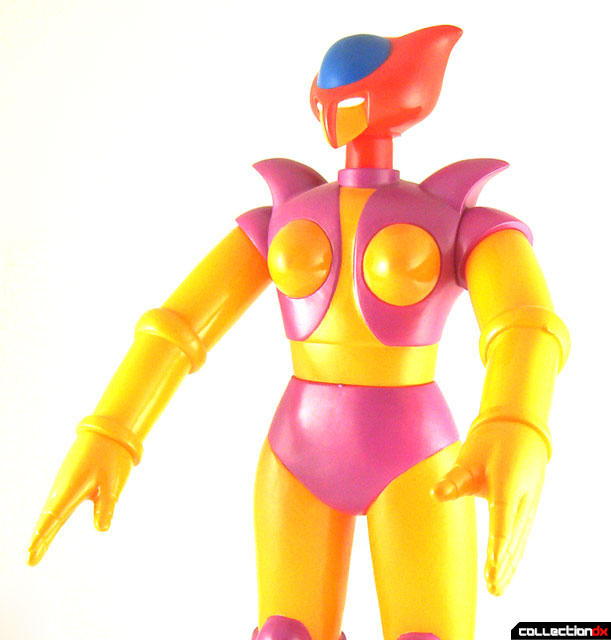 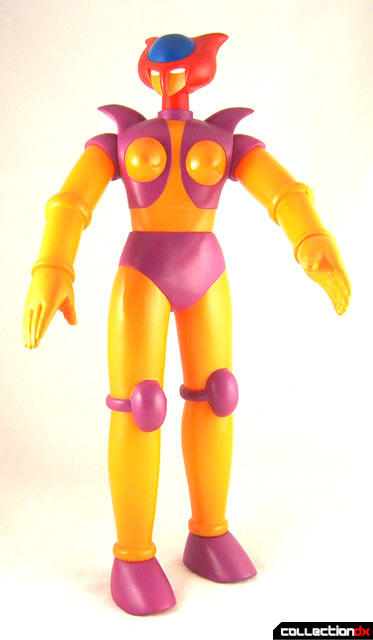