I am sick to death of Macross. There, I said it. Everytime I turn around, it's VF-1this and VF-1that. That so many people are obsessed with this old children's show and keep buying new versions of it's mecha in some mad hope for the perfect Valkyrie is mind-boggling to me. Especially since they got it right the first time!

Macross toys are just so damn boring. I'm sick of looking at Valkyries. I don't understand why people are so eager to keep buying the same old thing over and over (while usually complaining about it every time they do).

Nope, I just don't get it. I used to have a couple of these things and for awhile I thought, sure, ok, they're not so bad. But the more I heard people blathering on about them, the less I wanted anything to do with it all and mine went to Ebay. Good riddance...

It should have ended there. 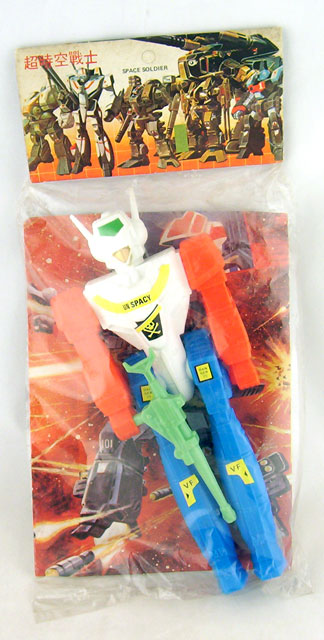 Oh yeah baby. I can't tell you how excited I was when I found this one. You know how much I like ugly and unusual bootlegs in general, but to now have one that would offend the eyes of the entire Macross collecting community all at once? Too good to be true.

Dare to speak ill of it? 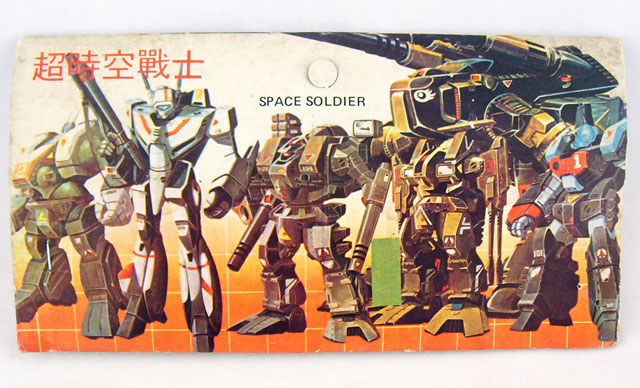 It will beat the devil out of you.

The toy originates in Hong Kong and came packaged in a bag with a header card and cardboard insert like a classic Japanese vinyl toy. The artwork on both are far more intricate than the actual toy. 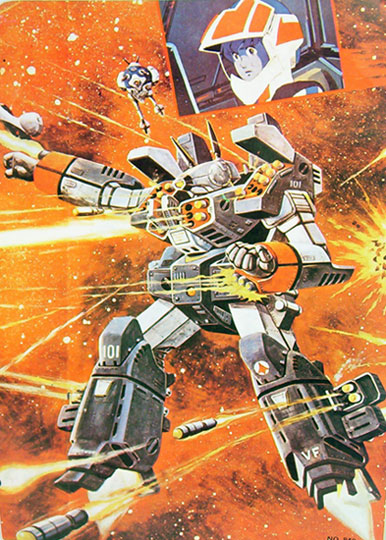 The toy measures about 11.5" to the very tip of the those pointy things on it's head and is articulated at the shoulders, hips and neck. It has basic stickers slapped haphazardly on various parts of it, saying things like "UN Spacy", "Danger 75" and VF. You know why it just says "VF" instead of a more specific designation? BECAUSE IT DOESN'T MATTER! THEY'RE ALL THE SAME ANYWAY!

This toy holds it's gun sideways because it's bad-ass.

As soon as I tried to pose it, the arm fell off. It didn't even care. (Yes, unlike most Macross toys, this one actually has attitude and charisma!) 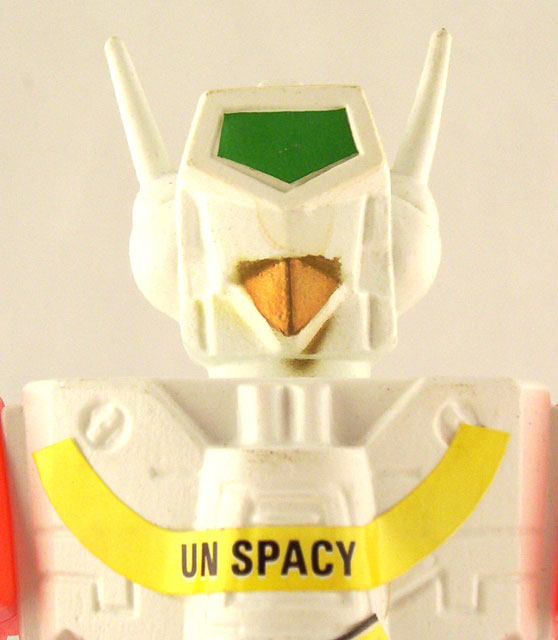 With a little imagination, you can even customize perfectly good fancy plane and headless bent over robot modes. 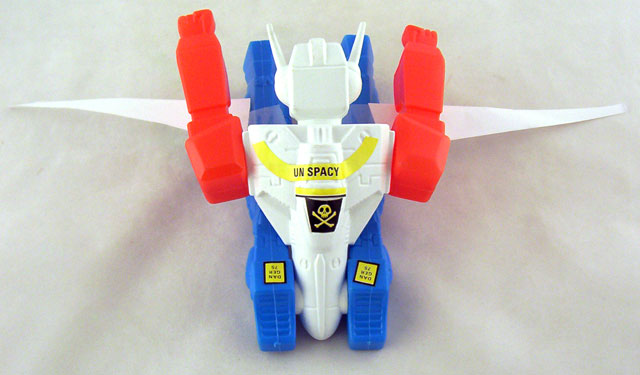 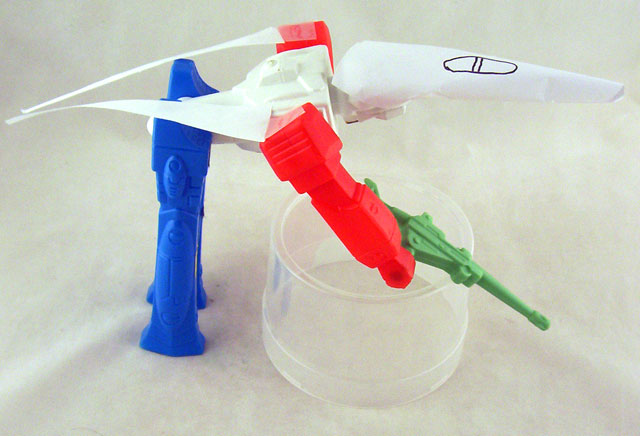 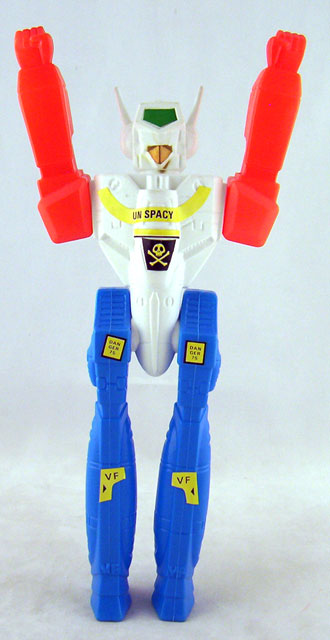 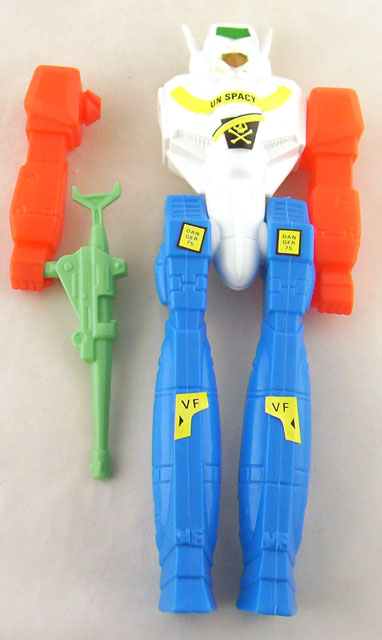 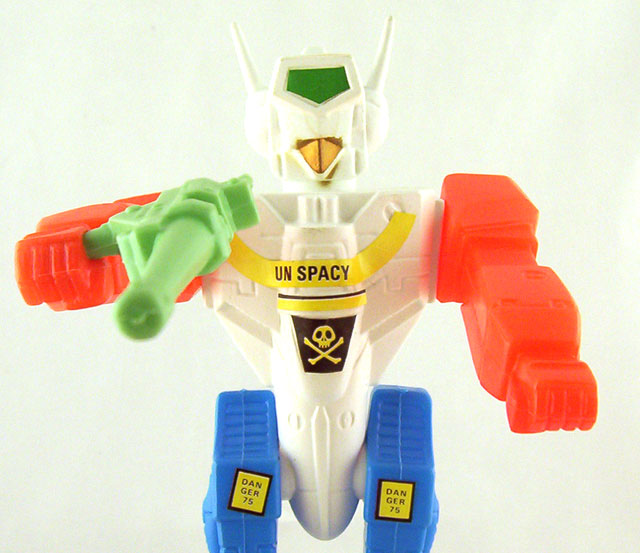 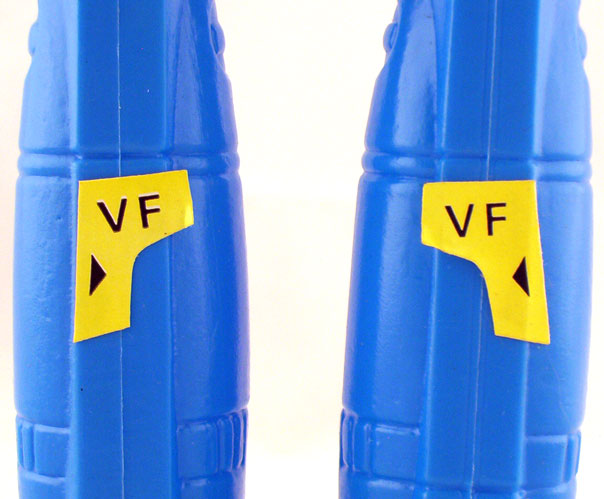 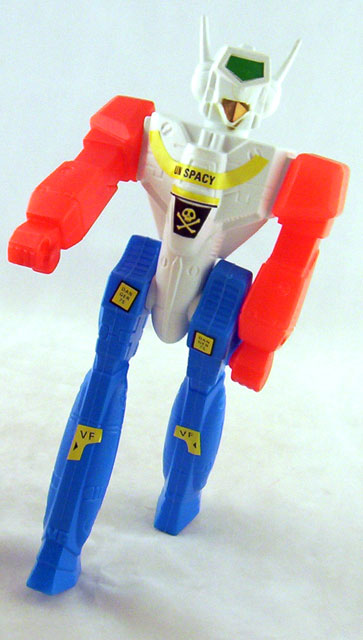 Oh god, the sacrilege! Consider the Macross world offended... and yet, I can't look away. I especially like how the VF markings on the legs are molded on. The fact that you included the shots with the 'custom plane parts' does prove you are a bastard tho.

Nah, it just proves that I don't take anything seriously.

Wow Dave, another stunner!
I just can't criticize an item that makes a fellow collector sooo happy. That black hole on your shelf is now filled!
Nice to see another tone to your reviews, Mr. Happytime! If you point that shiny mouthpiece on the toy to reflect the sun, you'll blind the minds of the unbelievers! Gahhhhhhh!

Well, I usually try to maintain (ie, fake..) some level of professionalism, but c'mon, how can anyone take this toy seriously? So why write a serious review of it? I figured I'd just have some fun at the expense of Macross, which I sincerely do wish would just go away already. Some of our sponsors may not want to hear me say that, but really, who's gonna follow the guy who bought THIS toy!?!?! LOL

I'm considering painting my Hasagawa VF-1J model kit like this! I'll call is the "Hong Kong Special" and maybe I will win a prize at Macross Con '09!

bootleg toys. Is it me or does this remind you guys of the Transformers Pretender robots inside the shells? I guess at least they used paint, eventhough sparingly, on the mouth- not just stickers........DAN GER 75 (heh-heh). GUNDAN (heh-heh).
By not trying to make it look like any other Macross toy out there I give them credit. Most bootleggers try to imitate the genuine thing.

This is the most beautiful thing I have ever seen.

[looks at the picture of the arm falling off]

The curse! It's unavoidable!

This is probably the most well thought out, expertly crafted toy review I have ever read. I've been a fool for so long.

I agree, it is expertly crafted, isn't it? If there's another one out there that manages to mix in the Misfits, Kiss and Bob Ross, I'd like to see it. ;)

You sure had fun with it, that's for sure.

It's like someone wanted to paint it in the colors of the RX-78 Gundam, but eventually scrapped that idea.

This toy looks awesome! I love Who cares?'s designs, but I'm not sure if I'll be able to spend $my soul, considering this economy.