This entry in the Rocky Robot series by Ceppi Ratti marks a departure from the previous toys reviewed. Although it shares the same arms as the "Red Fighter-headed" (for lack of a better name) and the Baratak-headed versions, it features a whole different torso and legs. 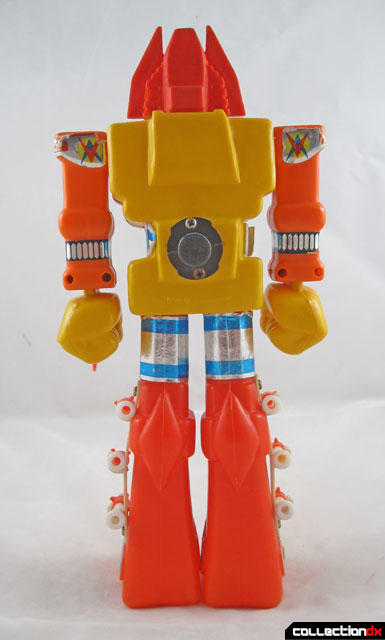 To the best of my knowledge, these parts are not found on other toys. The are superficially similar to the design of the junior machinder Gundam, but are not exactly the same.

I'm sure you'll recognize the sculpt of the head, as it's the same Daikengo head used on such other junior machinders as Mantide Nero and both Robot FromOuter Space figures. 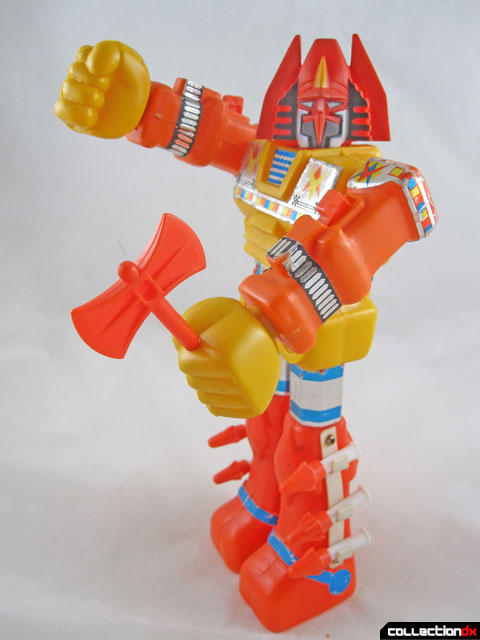 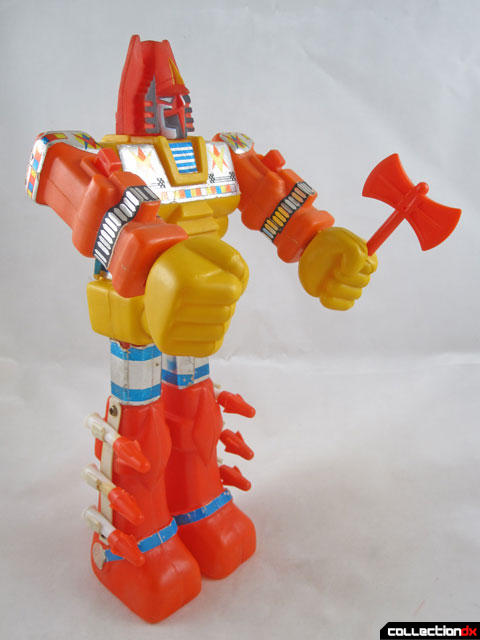 Both fists shoot and there is a single missile launcher located in the midsection. Each leg can hold three missiles. One of the great things about these toys all being so similar is that if you get one with missing pieces, it becomes easier to complete it. Such was the case with this toy. I got it loose and the missile clips were broken, and I think its axe was missing. I had an extra axe from another toy and I borrowed the missile clips from a spare broken Space Valour (yes, they are the same size!). Presto! Good as new. 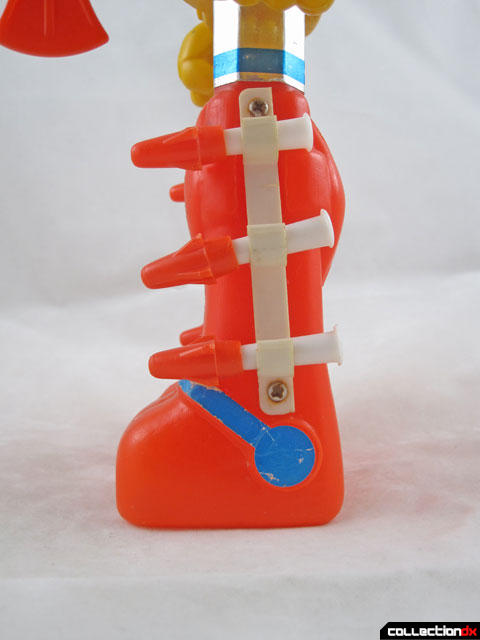 I should point out that I have seen at least one variation of this toy. Although mine comes with orange arms, it has also appeared with blue arms.

Here is a shot of all three Rocky Robot toys that I have so far. I'm still missing the final one with the Combattler head. That seems to be the rarest of the bunch. 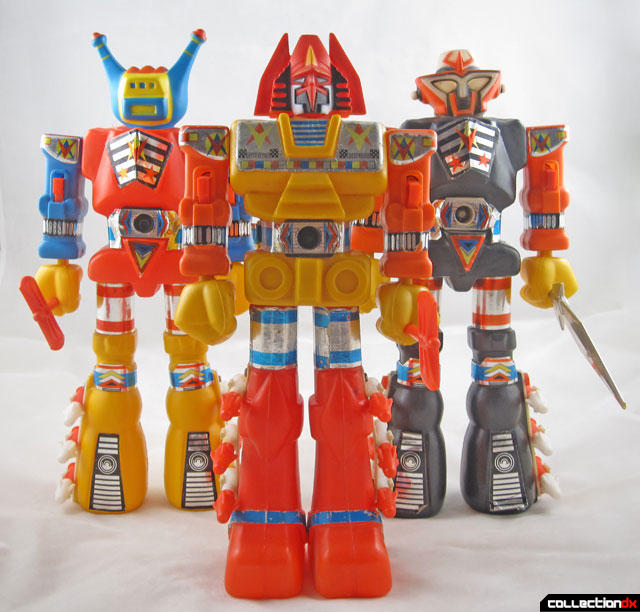 As stated previously, all of these toys are sold in the same box, with a checklist indicating the toy inside.