I think I may have covered this when I did my five-part feature on junior machinders in general, but since I never got around to uploading a review of this toy at that time, I'll re-cap here.

When I bought my first complete Robot From Outer Space toy, I remarked that I noticed that there was a variation between that toy and one that I had owned previously. It would not be until later that I realized that the toy was more than a variation. In fact, it was a "completely different" toy made by a different company! Notice how they share the same box, but the labeling has been changed. 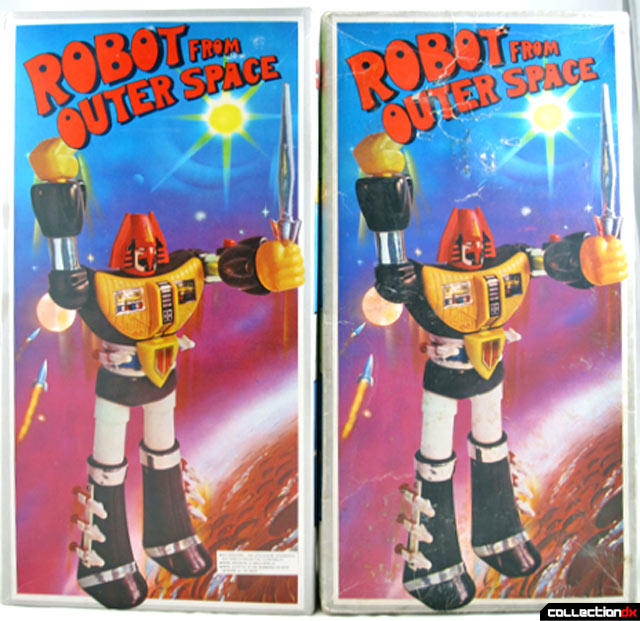 A-ha! So that explains why the differences exist. I believe that the toy was originally produced by SMC and was later released by Al-Es, who, judging by the amount of Al-Es version still floating around, probably produced it in greater numbers. The SMC version seems much scarcer.

So what are the differences between the toy, besides the boxes? Well, the SMC version has red missile clips on the legs, holds the sword in the left hand instead of the right, and wears a different belt. 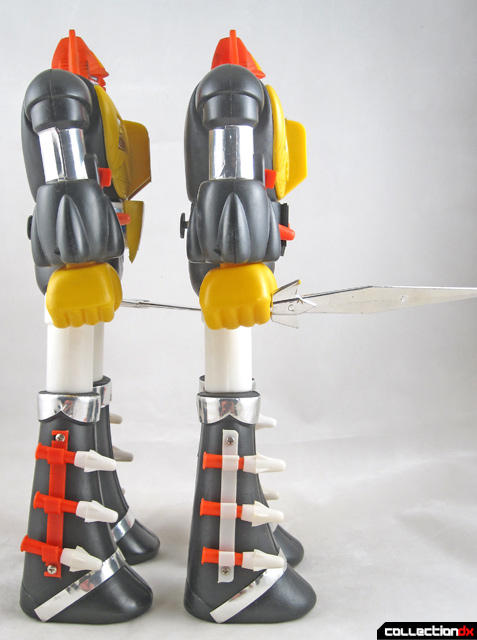 OK, so since I've basically already reviewed this toy before, I won't drag out this review much longer than need be. There is, however, one other tidbit of information that has come to light in the past year or so. There is even yet a FIFTH version of this toy!