Kimpo Warrior is an interesting Junior Machinder. Similar to the Viking and Goodrock toys, there are two toys that are separately sold, but actually come in the same box. Each toy is different, but in this case, they seem to share the same name. There is an image of each robot's head on the box with a check mark next to the one you are buying. Mine actually has the check mark on the wrong one, but I don't really care since the box is the same regardless. Don't worry, I knew which one I was getting when I bought it.. ;) 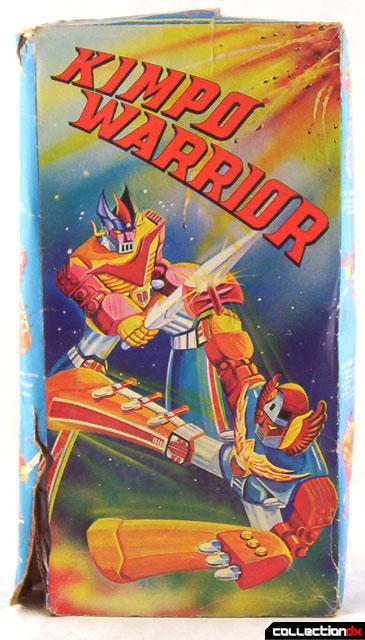 One of the Kimpo Warrior toys is most easily identifiable by it's head based on the character of Atoranger. The other, and the one I'll be reviewing today, has a head that looks like twisted offspring of Great Mazinger and a fish. 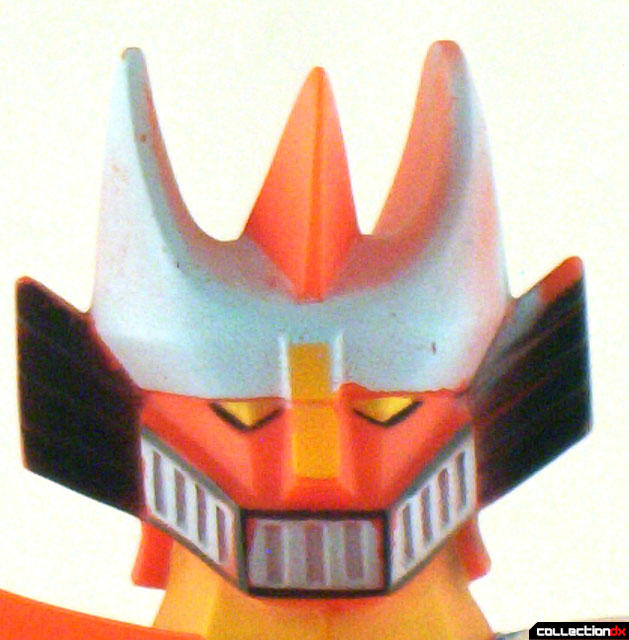 Kimpo Warrior is about 15.5" tall and is one of the few junior machinders that doesn't take it's arms from Robo Kress. In fact, with a launching fist on the right hand and three firing missiles on the left hand, this toy seems very much inspired by the Mattel Shogun Warriors rather than the Japanese Big Robo toys. Further incorporating that aesthetic is the 3 missile holders on the side of the legs. These are made of cheap plastic and I'm fortunate that mine are not broken. I'm always very worried when adding/removing missiles from these.

In addition to the 3 missiles Kimpo Warrior can shoot from it's left "hand", there is also a single missile launcher hidden beneath it's belt. That belt in turn can hold two more missiles on the sides. Unfortunately, my belt is missing a piece that goes in the middle. Strange that that piece appears to be just the bottom of a common shield that comes with many different junior machinders. I've seen it at least twice like this, but I've also seen this toy come with a completely different belt altogether.

Kimpo Warrior is a neat toy, just because it's so unusual. It's stands out from other junior machinders and is desirable due to it's similarity to Great Mazinger.

toys that you spin and then makes a clicking sound. Heh-heh.....

If you look closely at the box art, and then look at the robot again, you'll notice something:

The toy have the arms and legs (and weapons) of one robot, but the chest and head of the other.