Considering the IMMENSE popularity of Ufo Robo Grendizer throughout Europe, I'd always found it odd that of all the previously discovered Carnival Machinders, none were of this character. Well, one day I saw this thing on eBay. I wasn't even sure (and frankly, am still not 100% sure) that it even WAS a Carnival Machinder. All previous ones had stickers for details, while this one has paint only on the head. As poor a sculpt as it is, it's still probably more accurate to the anime than any others were. But upon holding it in my hands, it just seem too close in style and appearance to not be lumped into this category. 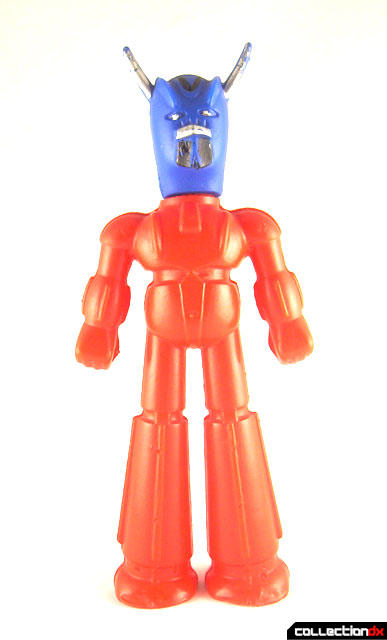 As you can probably tell, the body is all one solid piece of cheap red polyethylene with no sticker or paint details and no articulation. It actually does a pretty decent job of representing the character, but the head...Oh man, the head on this thing is FUGLY. It is a separate piece of blue poly with some silver and black paint for details. The head looks too big and until I received it, I was actually worried that it wasn't really supposed to be on this toy. But to see it in person, there is no doubt. Both the neck and the head slope in such a way that you know that are supposed to go together. The design of the head seems to combine elements of Grendizer with those of Groizer X. 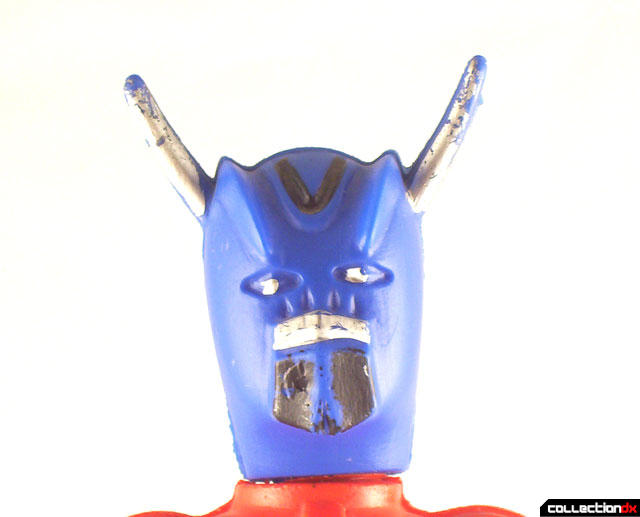 Well, about the only thing else that I can say with any certainty is that this toy originated in Italy, and was probably referred to as Goldrake as such. I know an Italian collector who has this with a missing head, but the body on his is blue. It stands approximately 13" tall to the tip of the horns. If anyone out there has further info, I'd love to hear it.

Oh, did I mention that it's FUGLY? 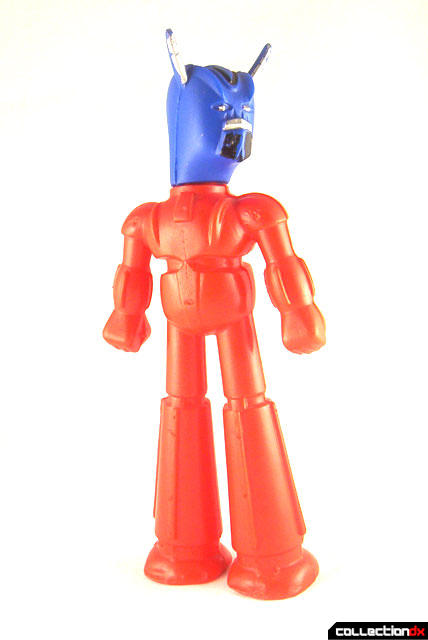 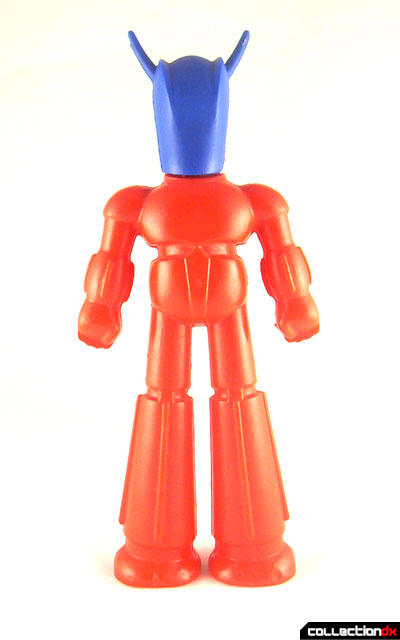 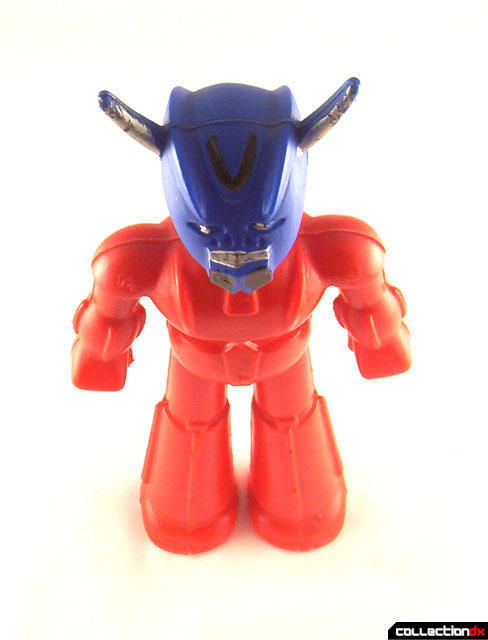 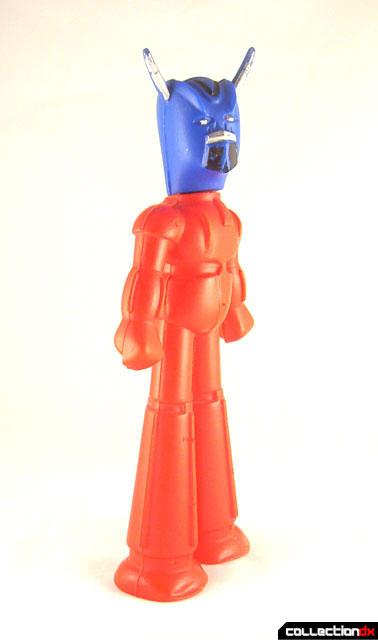 OH GAWD IT'S DISGUSTING AS HE-*pukes*

seriously that thing is like something out of a nightmare o.e

Believe it or not, there's actually a matching Spazer to this toy. It uses the exact same head as on there and just attaches it to a blow molded Spazer. I've only seen it once and I was outbid on it... at over $300! That might have been the most shocking and disappointing auction loss I've had in the last several years. It haunts me to this day. Even worse, I somehow managed to never save a picture of it.