Having achieved my goal of acquiring both the original Popy Dangard Ace Jumbo Machinder as well as the Yellow colored bootleg Jumbo, I now wanted to complete the set and get both of the known Junior Machinders. Both are very difficult to get, but the one reviewed here is probably the easier of the two. I've seen it for sale a few times, but always loose and often incomplete.

The toy is approximately 13" tall and is articulated at the neck, shoulders, elbows, knees and hips. This sounds like it would be alot more poseable than it really is though. All of these places simply turn and don't make much of a difference in how it would be displayed.

The toy seems to be a mix of polyethylene and hard plastic. The missile firing hand is plastic while everything else is polyethylene. Even the head, which is normally vinyl on Machinders, is polyethylene with painted details. The poly on the feet is rather thin and is a bit warped on mine. It has trouble standing up. Besides the paint on the head, all the other color detailing is stickers. You can store two missiles in the hips, but mine is missing these.

I'm unsure who made this toy or what sort of packaging it came in. But there exists two very similar toys of Mazinga Z and Goldrake (UFO Robo Grendizer) that were sold in a box with a window card on the front. These were made by Mattel. It's very possible that this toy is from the same series. In fact, this Dangard looks to share the same shoulders as the Goldrake toy, but there are no markings on it to specify a maker, so until I'm sure it was Mattel, I'll list this under bootlegs. 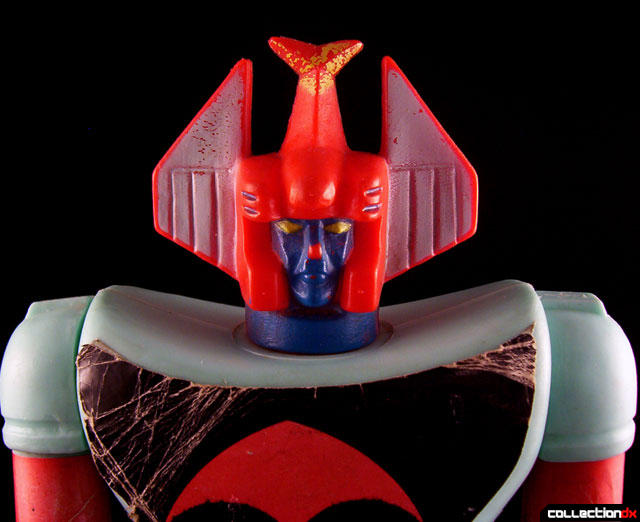 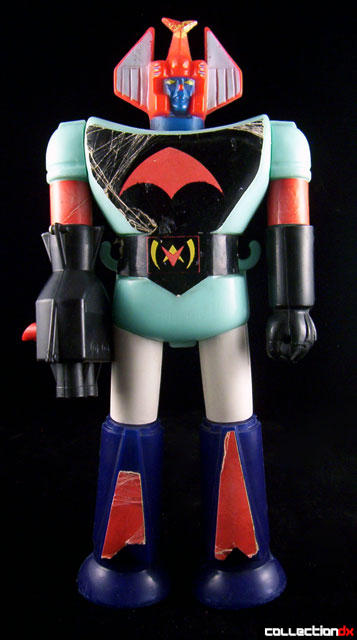 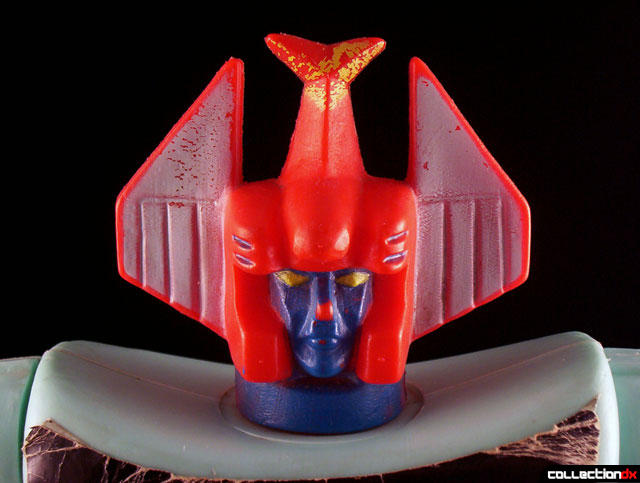 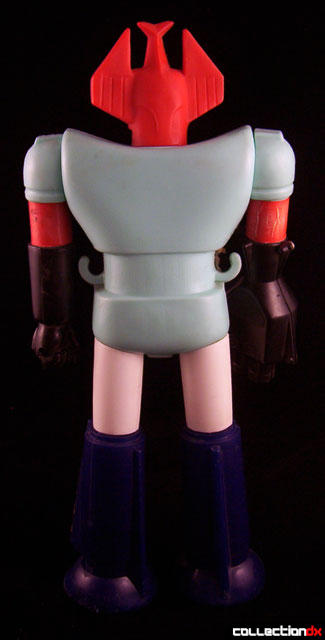 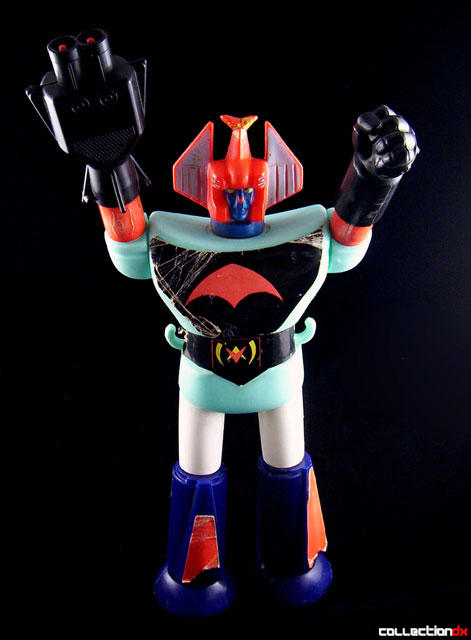 I've had these pics for awhile but forgot to upload it. It's the box for this toy, which I also found out was made by the company "Gig".

This next one shows the back of the box as well as the fact that this toy apparently came with a Grendizer-style sickle for the left hand! Strange. Both images were taken from an auction.

Interesting. Gig was a very legit manufacturer that licensed a lot of Takara stuff in the 80s.

Back in the 70s and 80s, GIG was an Italian toy company that made my mouth water. Everything that was Takara was issued in Italy under the GIG logo and look again at the company's name - GIG which in Italian is pronounced as JEEG (Koutetsu Jeeg)which is still considered as Takara's baby. Now doesn't that ring a bell in your ears?