Rumors of a Dairugger XV Jumbo Machinder toy have been around for a number of years now, but never has any evidence surfaced that such a toy was produced. What HAS recently come to light though is the existence of this junior machinder-sized bootleg. Checking in at 13.5" tall and 9" across, this toy is made out of polyethelyne and came molded in 9 different colors. Silver highlights have been painted on rather sloppily throughout the toy, which is very cheaply made and extremely lightweight (weighing in at exactly 1/2 of a pound.) 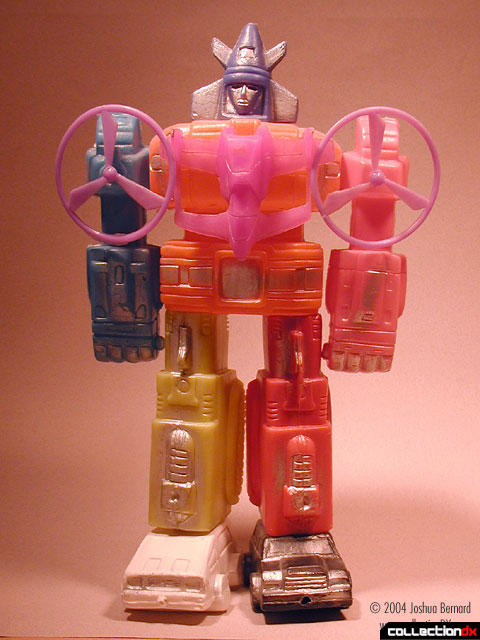 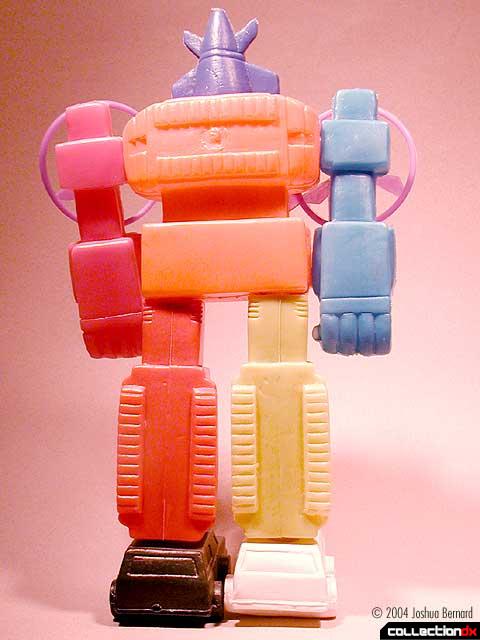 Dairugger has several points of articulation. The arms raise and lower, the legs and feet both turn and the head swivels. The fan blades on the shoulders also can rotate. Although the toy is pretty garish to look at in whole, I think it is these fan-blades with are the worst part. They are, simply put, too big. Even if Dairugger had jointed elbows, he would not be able to move his lower arms without bumping into the blades. Also the blades scrape against the wings on the plane on the chest. 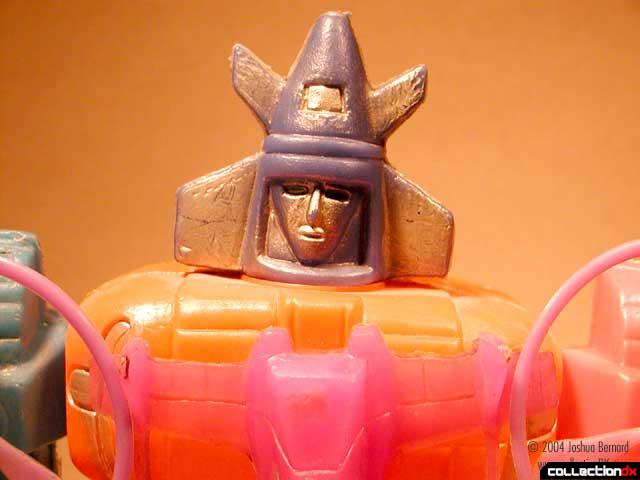 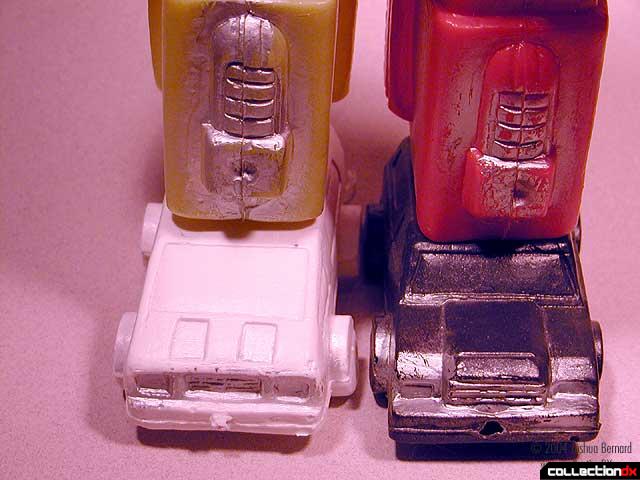 Other than that it exists, nothing is really known about this toy, where it came from or who made it. There are no markings indicating manufacturer anywhere on the toy nor do I have any sort of packaging for it. However, one clue may come from a smaller toy produced in Mexico by the company "Juguetes Juarez" in 1995. This toy is obviously a scaled up version of the smaller one, with the only difference in sculpt being that the smaller one has a hole in the right hand, in which it holds a sword. If it is true that this toy is from Mexico (or really anywhere in the Americas) it was most likely marketed as Voltron and not Dairugger.

Most people likely would not be interested in actually owning this toy. Unless you are a Dairugger XV or Machinder completist or just happen to love really, really ugly toys, most likely it would pass for nothing more than an interesting conversation piece.