At 20" tall, Cosmos 2000 is the largest known Carnival Machinder. Because of this, it is also the most sought after since it approaches actual Jumbo Machinder size. However, it is a most elusive toy, with only 4 total specimens that can be accounted for today.

Among these specimens are two different colored versions. The first and most common features a blue body with a red head and limbs. 3 of the 4 Cosmos 2000s have this color. 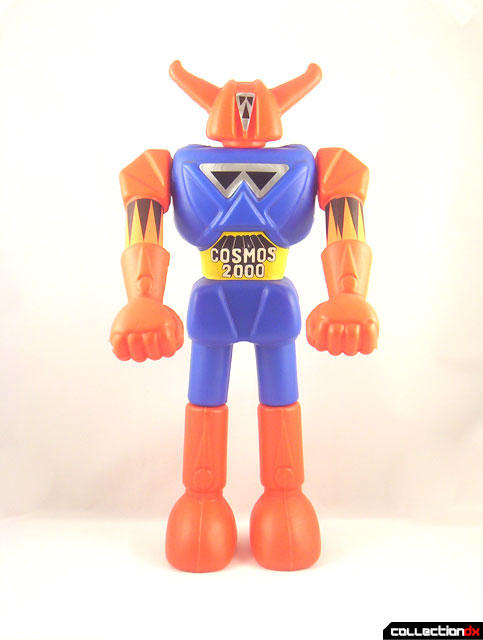 The other version has inverted colors, with the body being red and the head/limbs blue. 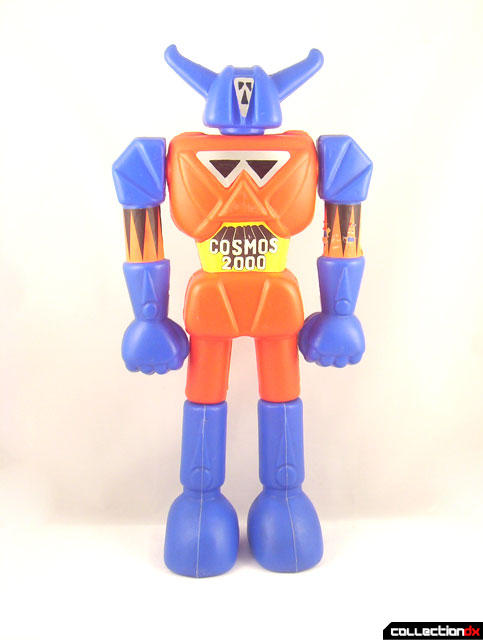 Cosmos 2000 differs from the previously reviewed Carnival Machinders in that it is made of a MUCH sturdier plastic. Other than it being hollow and light, it feels just like a regular Jumbo Machinder.

If you were to put a gun to my head and ask me what super robot he is supposed to look like, I'd have to say Gaiking. He has two horns on his head and if you use your imagination a bit, his torso might suggest a face with the silver and black stickers representing eyes.

Cosmos 2000, or C2K as he's sometimes referred to, is adorned with simple stickers like all the other Carnival Machinders. His name is on his stomach, Grendizer-like flares on his arms, the chest "eyes" and a silly looking sticker for a face. 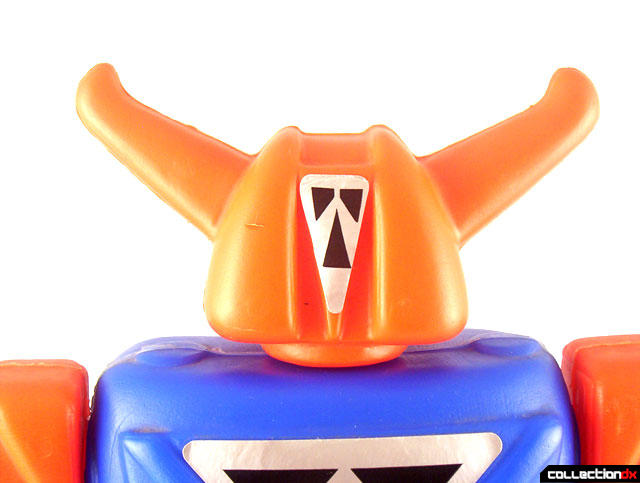 When I first received this toy, I was very surprised at how small the box it came in was. Upon opening it, I learned why. The toy was taken apart and sent in 6 pieces! I had never known that it could be disassembled. This was just a minor fact until I got the second one, when it occurred to me that I could swap parts and make two toys that were all the same color! 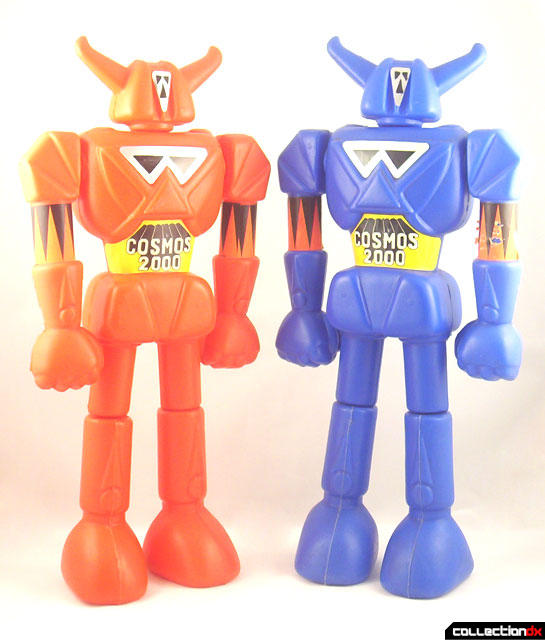 When I received the second, red body/blue limbs version, it was missing it's stomach, chest and face stickers, but I managed to make passable reproductions. Of course, I can only assume that this version is also called Cosmos 2000 and not something else (in the same way that I didn't know that some Mini Robots were actually Maxi Robots)

I think I may be more proud of having both versions of Cosmos 2000 than just about anything else in my collection. When I first heard of Carnival Machinders, I longed to get one. Having two feels extra nice!

The second known example of the red body/blue limbs Cosmos 2000 recently sold on eBay for 100 Euros. This bring the total C2K count to 5.