The most common of these was a toy robot that is obviously based on the character of Getter 1, from the Getter Robo anime. It stands 12" tall with only 3 points of articulation, at the neck and shoulders. The face is depicted in it's entirety by a simple foil sticker. Two stickers also decorate the chest and arms (with the left arm showing the aforementioned missiles), and a final one on the stomach says simply "Super Robot". On some specimens of the toy, there may still be a string attached to the top of the head, which was used to store the toy on a wire, ready for easy removal should some lucky game player win. 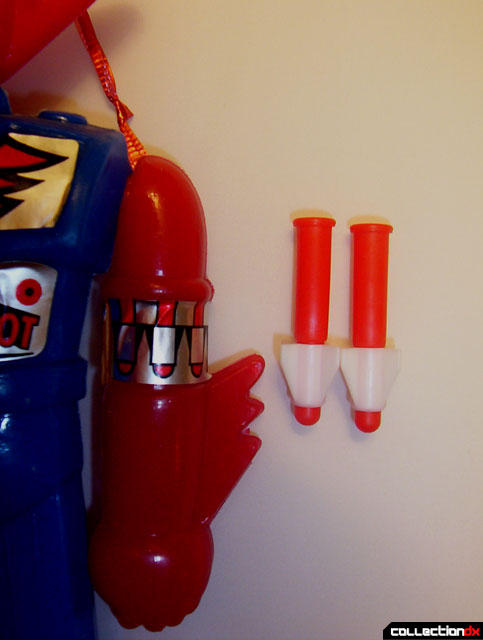 To date, I've been able to find 5 different color variations for this toy. The first features a blue body, with a red head and arms. This is easily the most attainable color variation. I've seen it for sale many times. 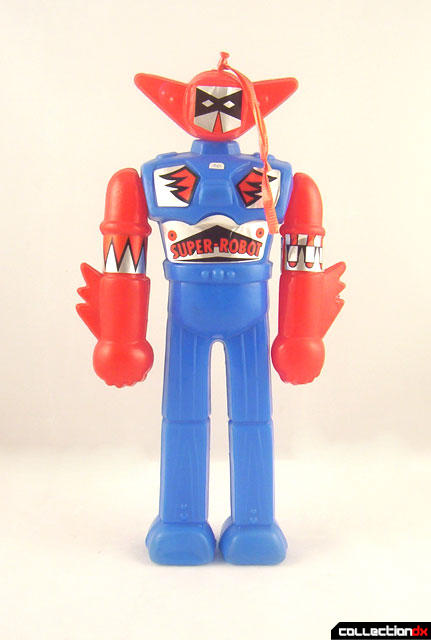 The second version of this toy has the color scheme inverted, with a red body and blue head and arms. 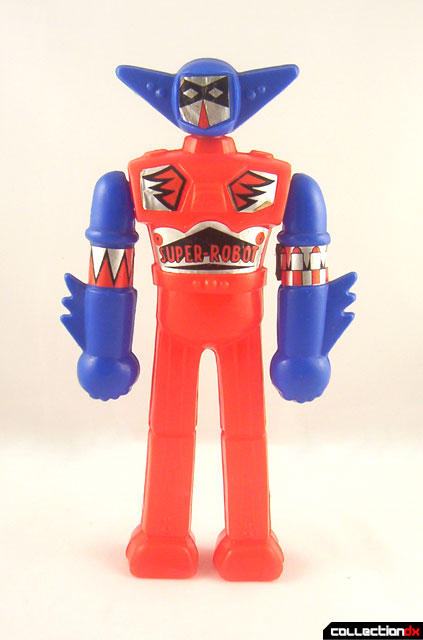 The third version also has a blue head and arms, but the body is this time a lighter red. It almost looks orange, in fact. This version is most notable for being the only carnival machinder to feature what might be a company logo. The words "conformite a la norme garanti par ECO" are molded into the back of the leg. It seems "ECO" might be the manufacturer, but I'm not sure. 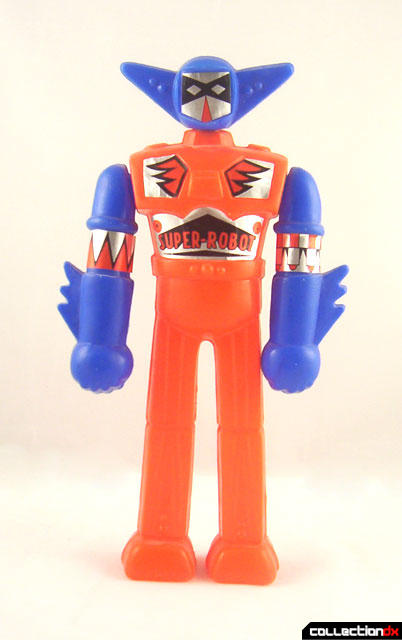 The fourth version of this toy has the red/orange colored body, but this time the arms are the same color. Since in all other specimens the arms and body are different colors, I'm inclined to believe that at some point in time, a child who owned it probably swapped arms with another specimen and that this version is likely supposed to have blue arms like the one above. But if I'm right, then that would suggest that there is a blue body/orange arms version out there somewhere that I need to find. 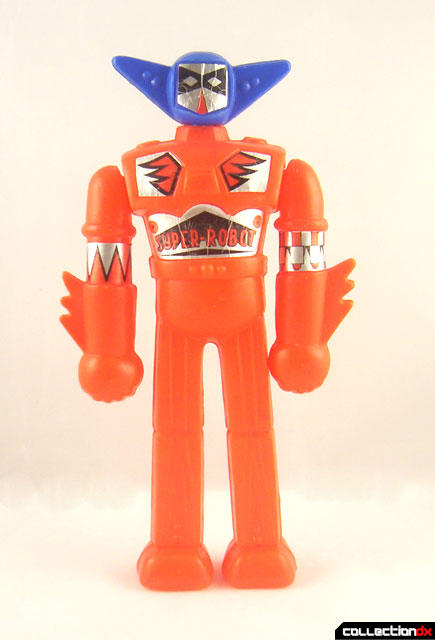 Furthermore, when I found this toy, it was wearing a bizarre mask! Again, I suspect that a child just put it on there for fun and it stayed there until I got it, but I think it's worth documenting, just in case. 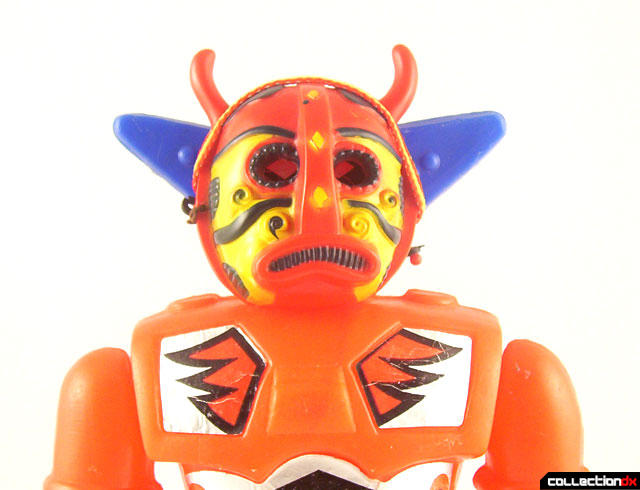 The fifth and last version I've seen of this toy is the most interesting for a couple of reasons. First, it has yellow arms and head, a color not seen on any other version. The body is blue. Secondly, this toy came in a bag with a header card! This is the only carnival machinder I've ever seen to feature any kind of packaging. It's interesting to note that even though the toy came in a bag, it still features the string on the head to hang it by. The header card is very generic. It doesn't have any art or words at all. 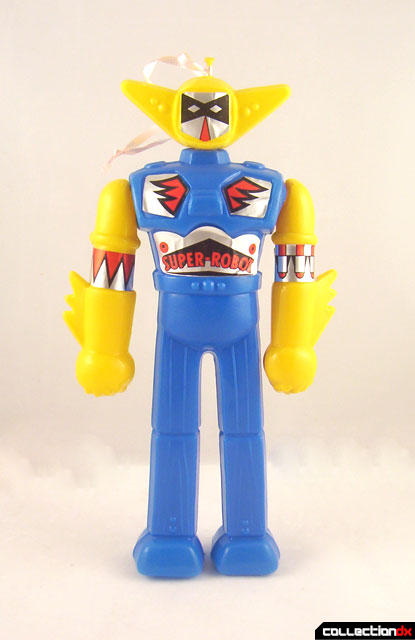 Each toy is molded in very thin, poor quality polyethylene. They could not possibly stand up to the same level of abuse that a real Machinder could and they are as light as a feather. It is common to see the feet bent, causing the toy to be difficult to stand.

The reason I specify this as the "12 Inch Super Robot" is because there also exists a larger version. It stands 18" tall and also depicts Getter 1, but is a different design. I'll cover that toy in a later review. 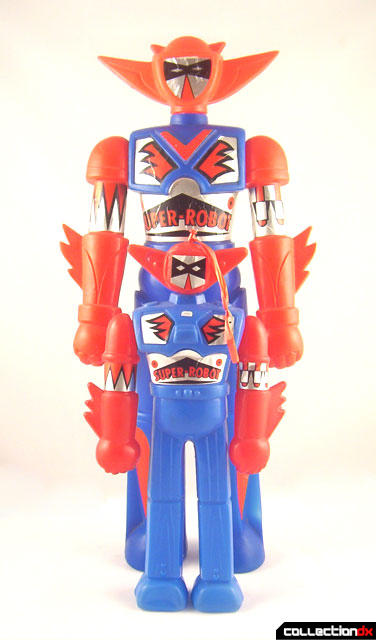 These toys are probably not going to be very popular with most collectors. They are very cheap and ugly. But I love them for those very reasons! I've also always loved going to the carnivals and the very idea that you could get a robot toy there really appeals to me. Plus they are so mysterious and hard to find, that I really enjoy the hunt and the possibility of discovering new ones that haven't been seen before.

I just got this picture of the blue body/orange limb 12" Super Robot that I suspected was out there. Well, now that I'm sure it exists, I gotta find one for myself!