Previously, I reviewed the 12" Carnival Machinder called Super Robot. Now I'd like to take a look at another 12" Carnival Machinder. This one has no name on it's stomach like the last, but while Super Robot was clearly intended to represent the character of Getter 1, this one seems to at least casually mimic Getter Dragun, as evidenced by the five spikes on the head. As a result, this toy has come to be known as "Super Dragun".

This may be the ugliest of the carnival machinders. The head sculpt is so poorly done as to almost be laughable. No, wait. It is laughable. It's just extremely silly looking. Further silliness is on the hands, which are not hands at all. The are a sort of "grill", like one would cook waffles on. It's a really odd thing to have for hands. 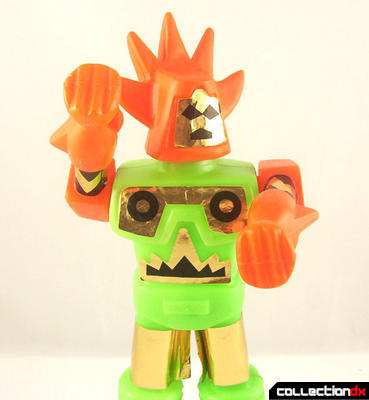 So far, I've been able to track down 4 different color variations of Super Dragun.

The first and most common has a blue body and legs, with red arms and head. Even though it's the most common, it's still quite rare. I think I've seen it maybe 3-4 times at most. 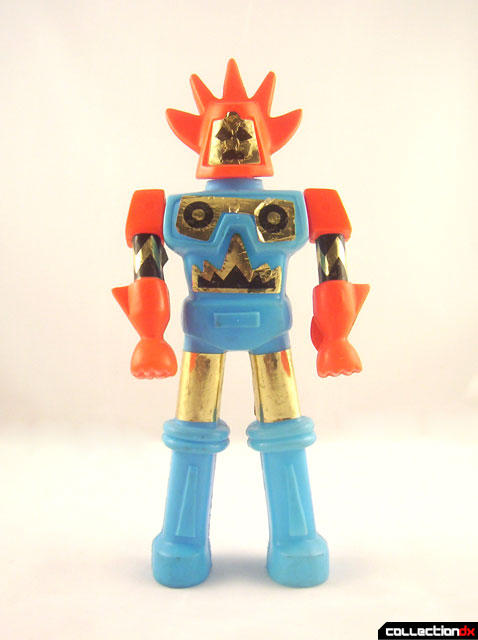 This second version I've seen three times. It has an orange body and legs with yellow arms and head. 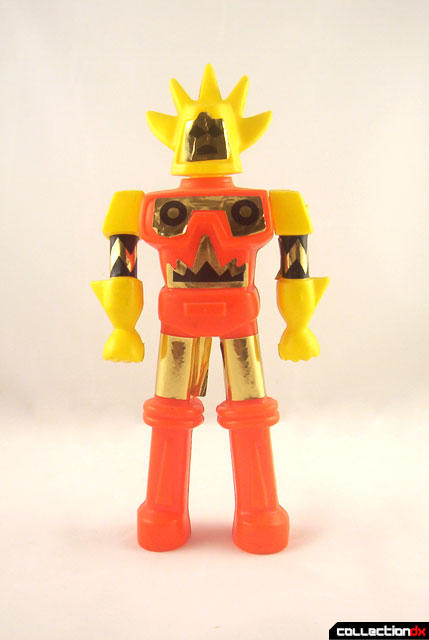 This third version I've seen has a green body and legs with red arms and head. I've seen it twice. 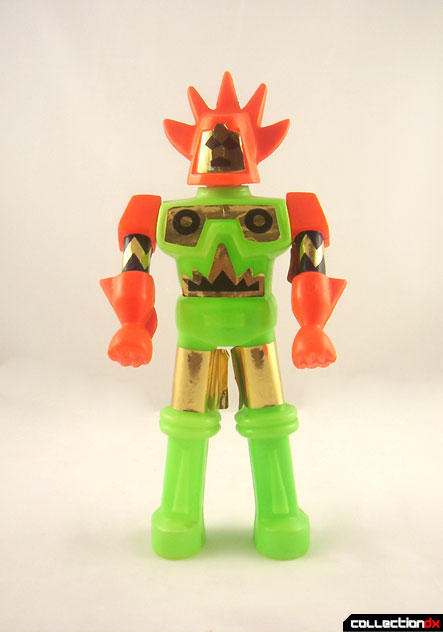 The last I've only seen one time. This one has a blue body and legs with yellow arms and head. 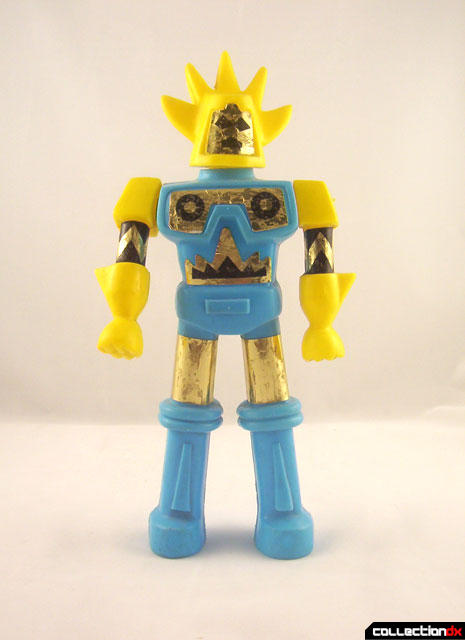 Each version has a gold foil sticker with black decorations on the legs, arms, body and face. There are no markings of any kind indicating either name, manufacturer or year of release anywhere on the toy.

Once again, it's a very ugly toy, but it has a certain pathetic charm I just can't resist. It is my hope that since there are at least 5 different variations of the Super Robot toy, that there may be another variation of this one as well to make a matching set. And since there is an 18" version of Super Robot, I can't help but fantasize about there perhaps being an 18" Super Dragun as well. If there ever was, it is thus far undiscovered.