It was inevitable that after Dreadwind was finally given his first modern interpretation since Botcon 2007 that his combining counterpart Darkwing would soon follow, and that he did after being renamed Blackwing and being partnered along with Rippersnapper as the two Decepticon deluxe figures rounding out Power of the Primes’ second wave. Although he reuses some parts and engineering from his partner in crime Dreadwind, Blackwing does a lot to separate himself!

In jet mode, Blackwing is basically a repaint of Combiner Wars Air Raid at first glance, but his abundance of undercarriage robot kibble makes it clear that he isn’t. Overall this jet mode looks remarkably close to his original G1 alt mode despite being mostly a repaint, if it weren’t for the new figure’s two tail fins instead of one, this would be almost picture perfect. The shoulders being a more rounded shape means they are a little less hidden than on air raid, leading to a little messier jet design, but otherwise, I’m pretty happy with the whole thing! Especially the yellow and silver lightning on his wings, it looks amazing, it’s really cleanly applied and especially the silver outlines are a really nice touch. Another aspect I really like about this alt mode is the weapon integration as Blackwing’s dual pistols looks pretty cool under the jet’s wings. Prime armor integration is another story, as it kind of hurts the look of the Jet mode when applied on top, but it does look a little like his power master which I actually like a lot more than I thought because it’s somewhat justified here. 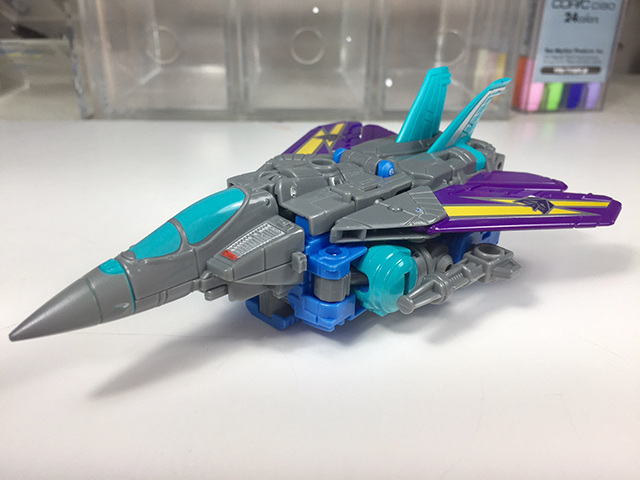 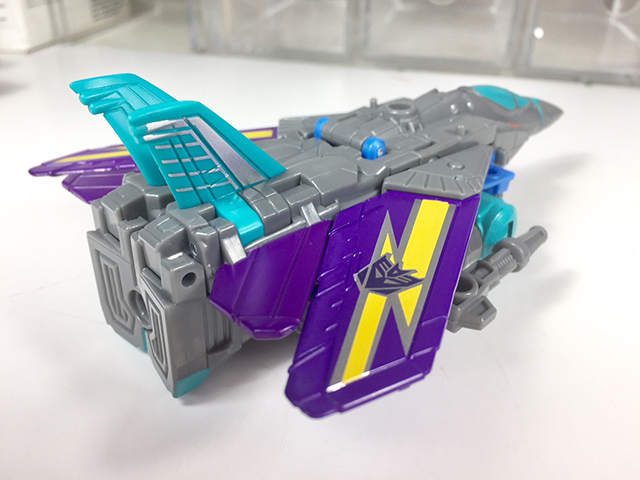 Just like there g1 counterparts, Blackwing can combine with his power master cohort Dreadwind for a larger jet mode. A secondary peg replaces Blackwing’s robot mode head, allowing him to plug into the combiner hand port of Dreadwind. After that, you just apply their prime armor and weapons and the combination sequence is complete. Their combined jet mode looks pretty... interesting, I’m not a huge fan of it, to be honest, but I do appreciate its inclusion, as the main gimmick of this team has always been their combination, and it is rendered pretty faithfully. I actually really wish Takara made a buster and hydra repaint of these two, that would be really cool! 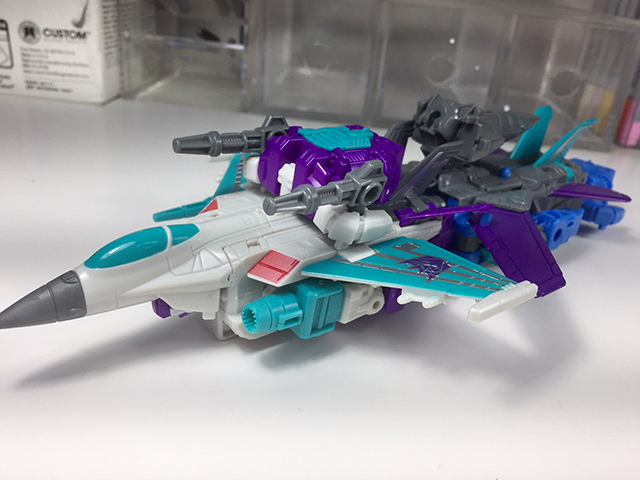 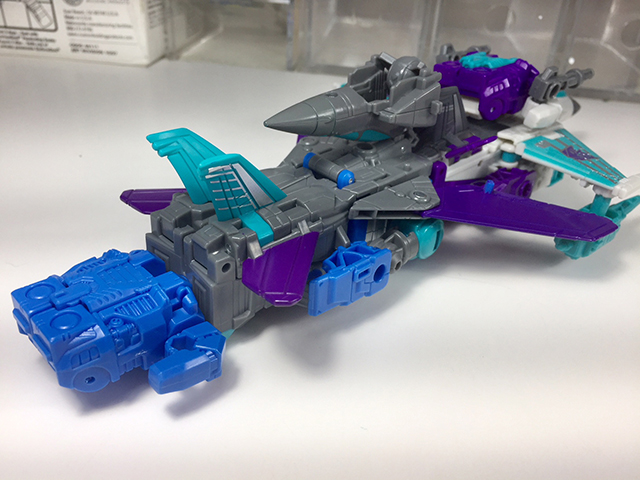 Blackwing’s transformation is basically the typical combiner wars Aerialbot through and through, except for his wings, which have to be rotated around by opening up the jet’s entire top panels and then folding it back down. Despite that small change, this transformation is in no way inspiring, and honestly like most people I’m pretty tired of it.

In robot mode I actually like Blackwing a lot, he has a relatively interesting head sculpt that is very faithful to his g1 incarnation, and his overall design is very similar to that too. I honestly really like it a lot, for as bland or copy and paste as this figure feels to me sometimes, I still have a lot of fun with it, especially with his dual pistols that I mentioned earlier, they are always an awesome inclusion to any figure, and I’m really happy they changed his dual rifles from the g1 toy to these smaller weapons, as they’re a little more unique and make posing Blackwing a lot of fun. Of course, there is also his Prime Master chest armor but that leaves as much to be desired as always. Overall Blackwing has a pretty good robot mode, but he’s nothing too special either. His arm and leg modes are a similar story, they are just typical classics style combiner limbs, not bad by any means but there’s not much that’s too special about them either, they’re just normal limbs through and through. 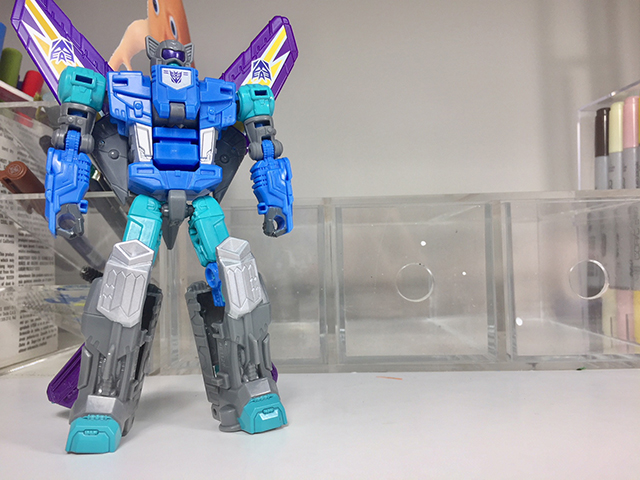 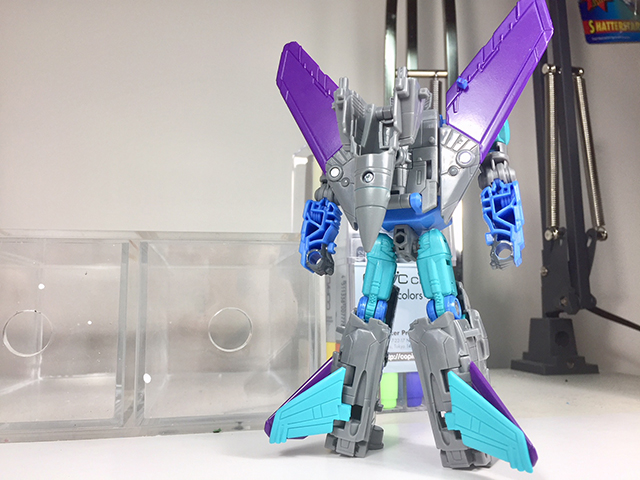 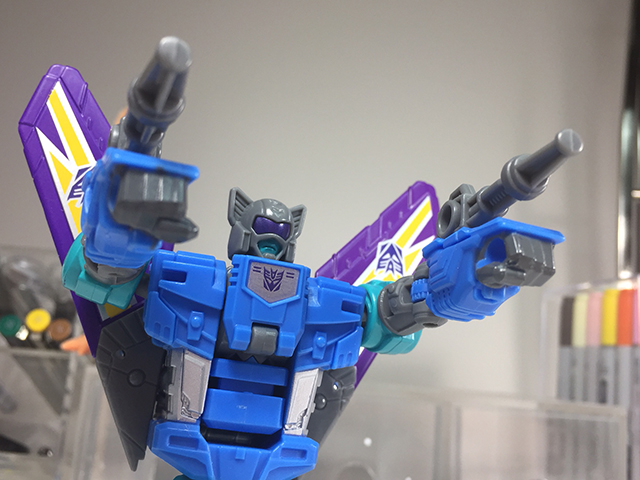 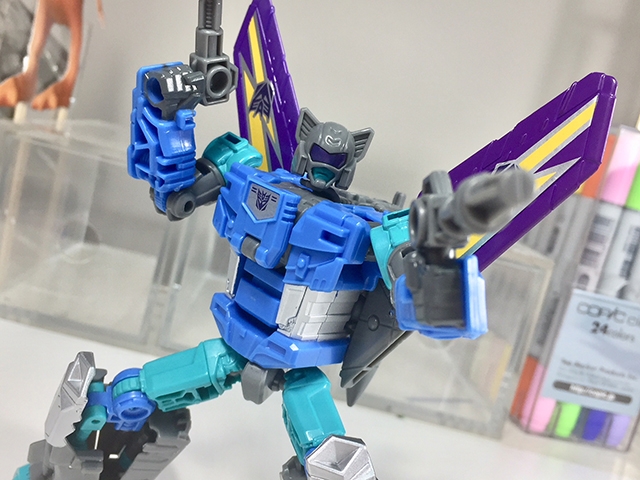 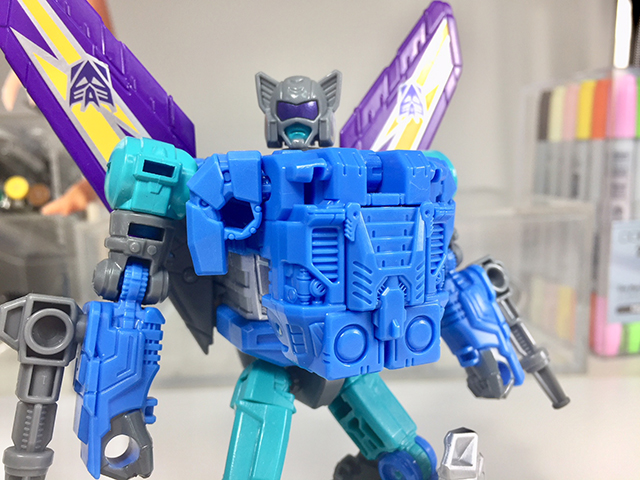 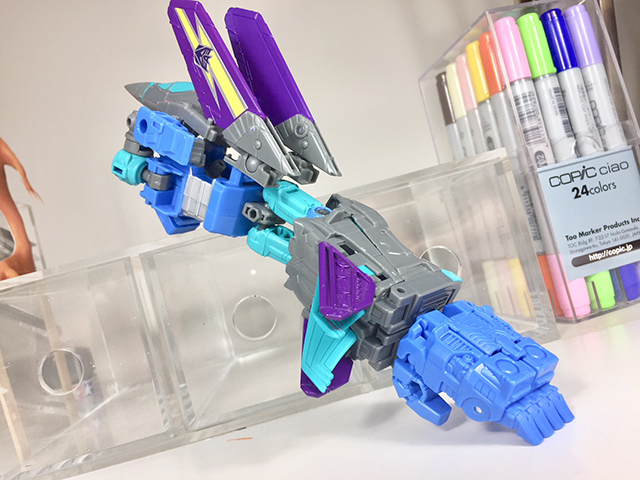 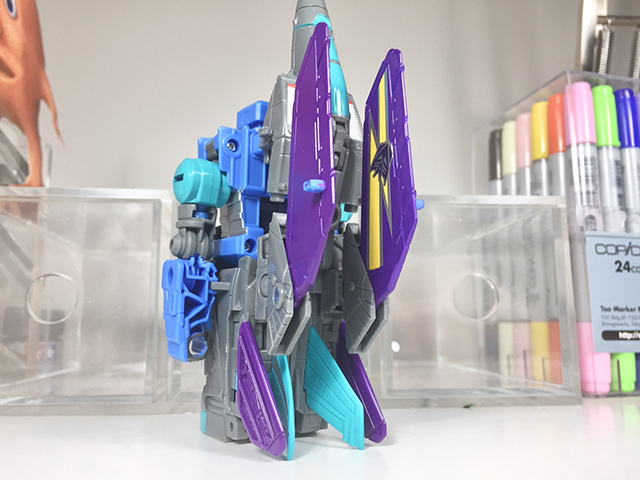 As far as size is concerned, in their robot modes, Blackwing and Dreadwind look really cool together! For as lukewarm as I am on Blackwing as an individual figure, the two really were made for each other and it shows because they really do look like a two-person team. 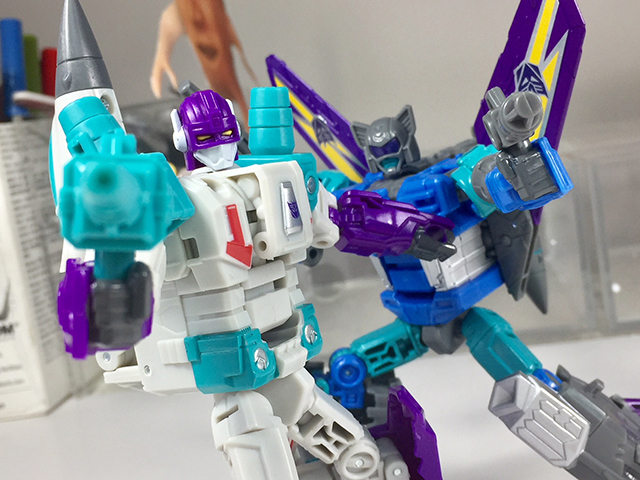 Overall, I can’t say anything negative about Transformers Power of the Primes Blackwing, but I can’t say much that’s that overly positive about him either. This figure utilizes many new parts, and some new engineering that isn’t explicitly interesting, it’s just different. Really that’s how I can describe the whole figure; it does some different things compared to other aerial combined limbs, but not enough to be particularly interesting. That being said, Blackwing is very cool looking, well painted, and sufficiently detailed with average articulation and a familiar yet solid transformation that is a victim of repetition more than anything. If you want a new addition to your Decepticon ranks, or you need to complete your Decepticon Power master team of two, then Blackwing is a solid but nonessential purchase.