The Black Ranger was brought to you by Bluefin Tamashii Nations!

Alright guys. I'm sure I'm starting to sound like a broken record, but I'll continue to say this over and over again: I love Power Rangers.

And you know what? Bandai loves Power Rangers too. And me. Bandai loves me a lot. And since Bandai loves me so much, they're releasing all the Power Rangers in their S.H. Figuarts line. This latest release is none other than ZackAdam the Black Ranger! I should also note that this figure is the same as the Exclusive Japanese Mammothranger figure, except it was brought to the U.S. as a mass release via Bluefin!

Get your Hip Hop Kido on and check out the video review!

Alright, so let's check out this figure up close and personal! 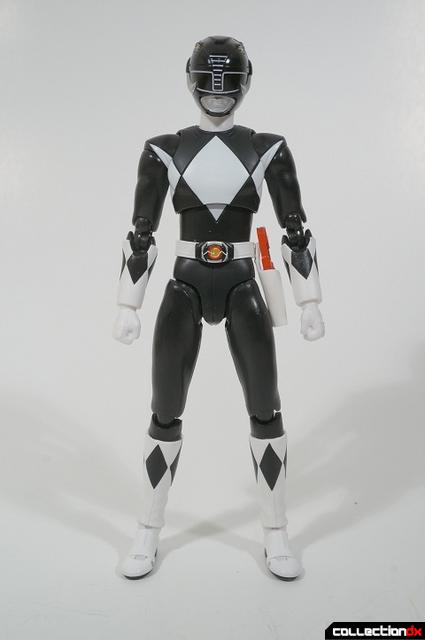 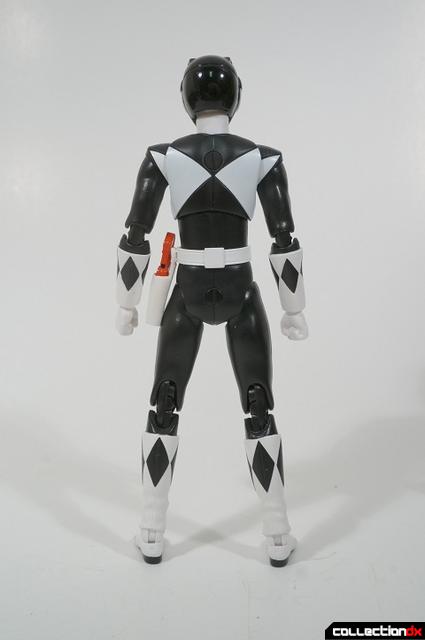 As always, the detail and paint looks fantastic! There are some really nice details on the helmet as well as the body. Of course, this was expected as the other Power Rangers S.H. Figuarts have been fantastic. 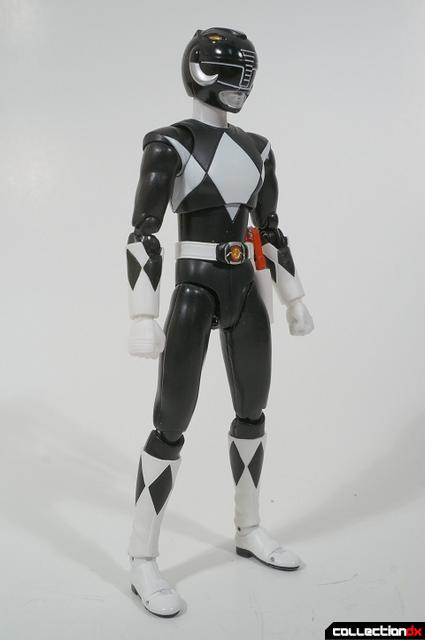 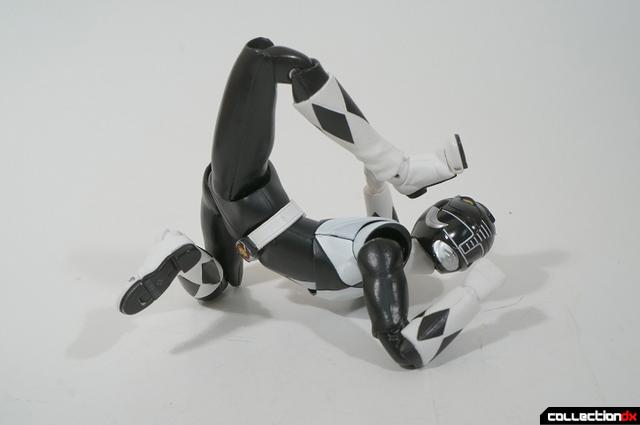 The articulation here is exactly the same as the previous male Power Rangers, which is totally fine since the articulation is excellent. I should also note that the left leg on mine is really tight. It's not that big of an issue, but it is still something to look out for. 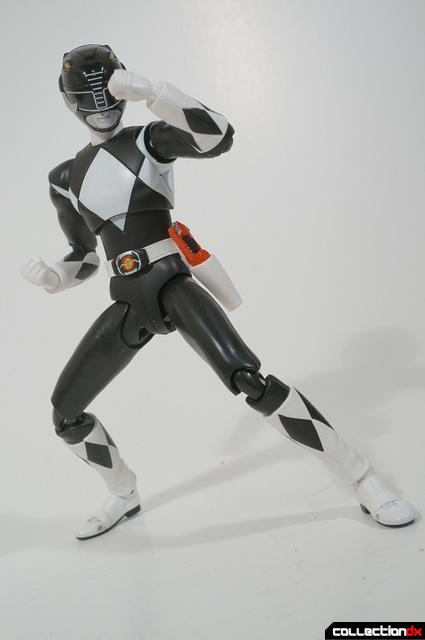 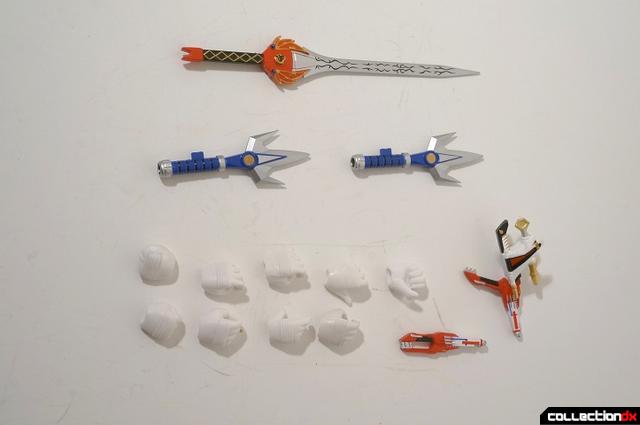 The Black Ranger also comes with a boat load of accessories. He has four and a half pairs of hands, which are actually mostly variations of holding-things hands. He also has fists and a hand used for his roll-call pose. 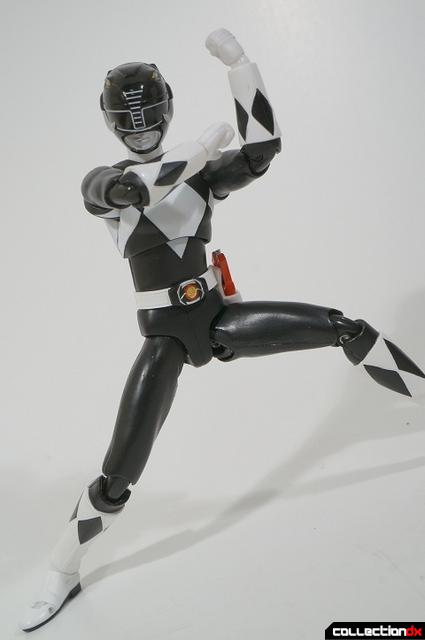 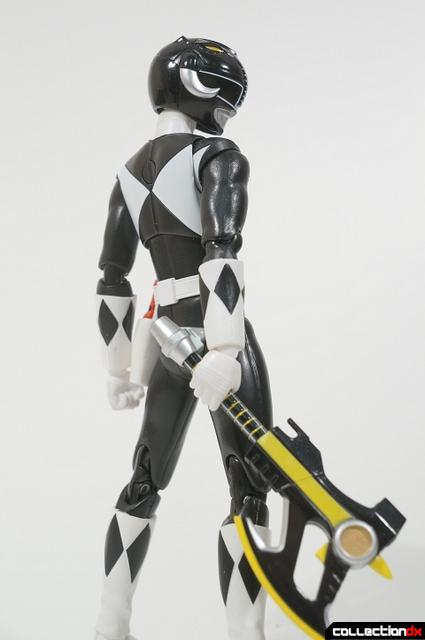 His Power Axe looks really nice too. I especially like that he can hold it with both hands. That's definitely a plus in my book! 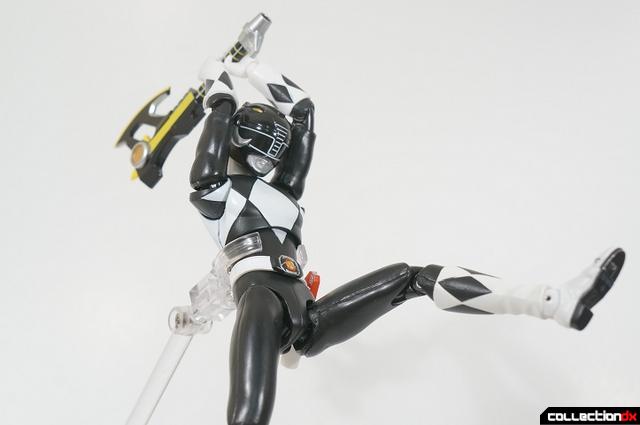 The Power Axe even looks pretty good when it's held like it's in Gun Mode (even though it isn't molded that way). 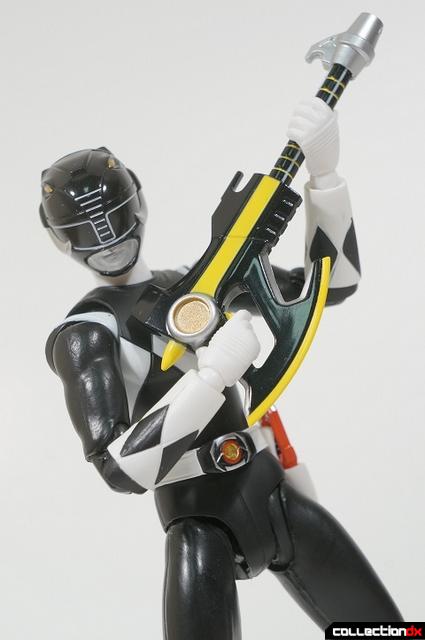 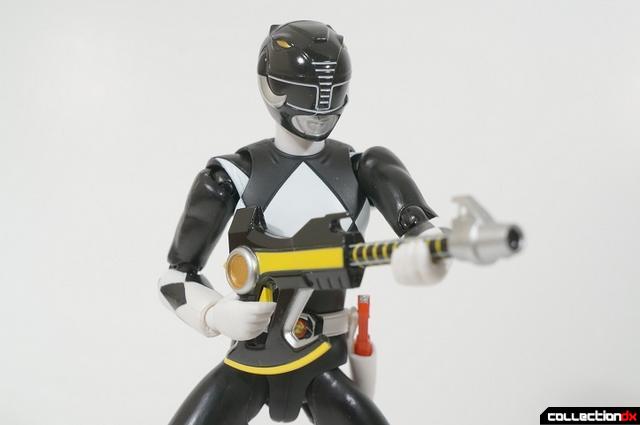 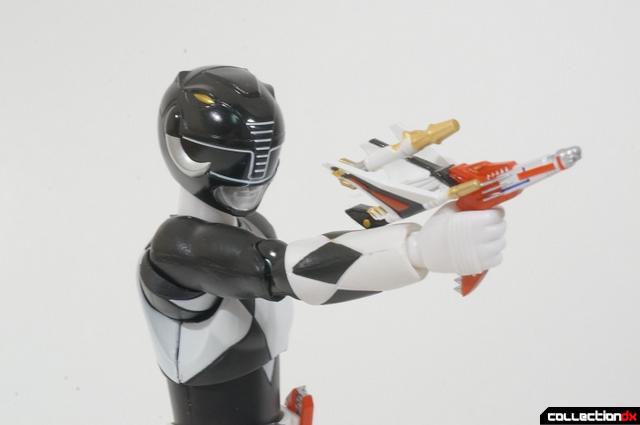 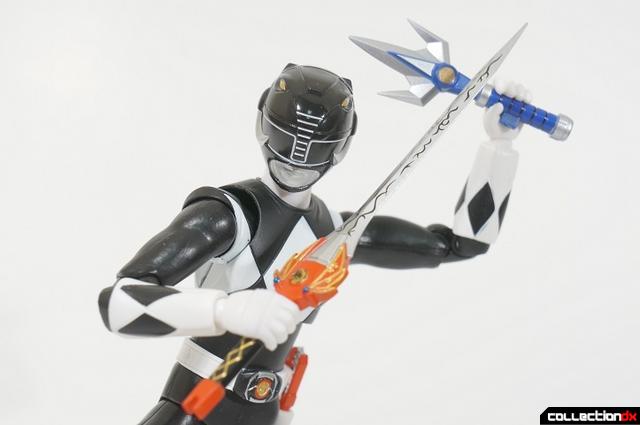 The reason why he comes with accessories for the Red and Blue Rangers is because the next few Power Rangers releases will come with parts to create the Power Blaster. The Power Sword and Power Lance halves have special tabs that will be combined with the other parts included with Blue and Yellow. 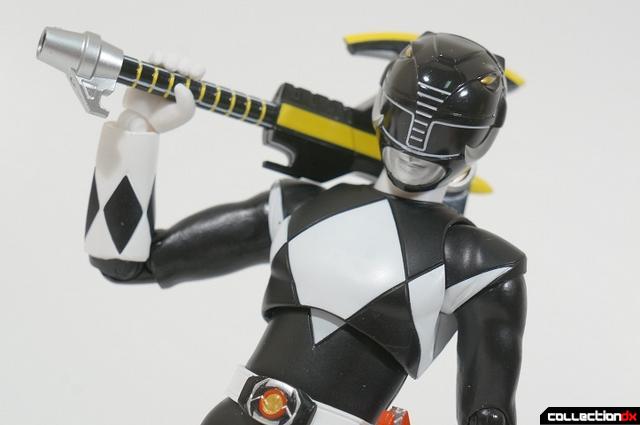 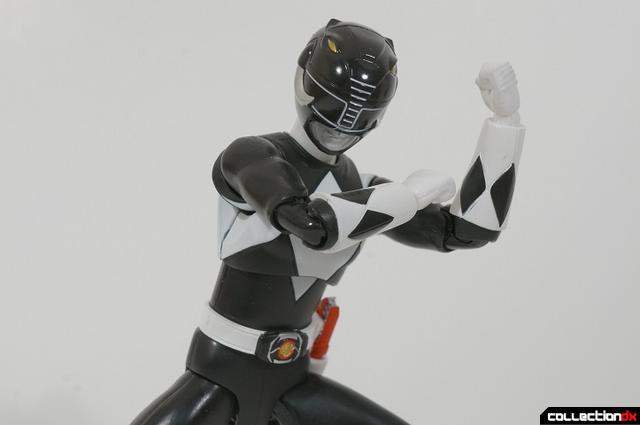 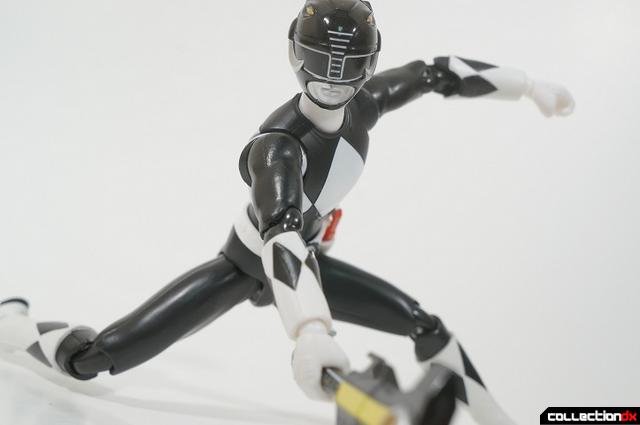 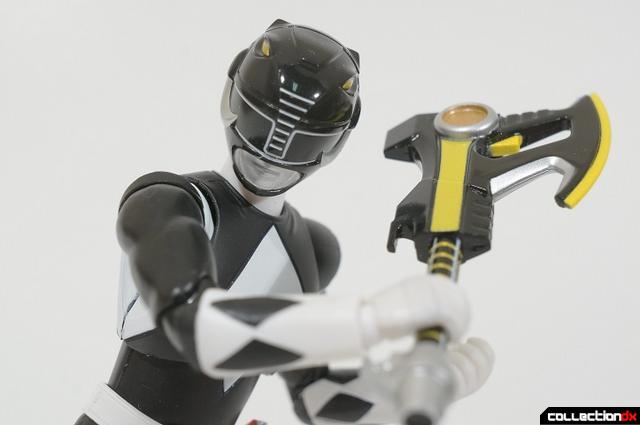 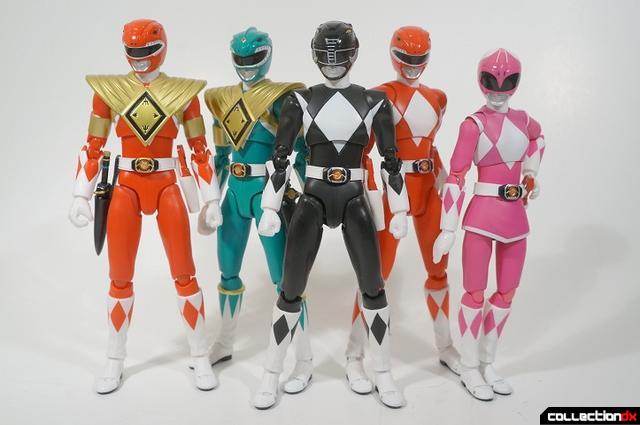 The Black Ranger is an awesome release, and is absolutely necessary for fans of Zach or Adam. He looks great with the rest of the figures they've released so far. And since S.H. Figuarts Mammothranger was a Tamashii Web Exclusive, even fans of Kyoryu Sentai Zyuranger would enjoy this release. He is absolutely recommended! 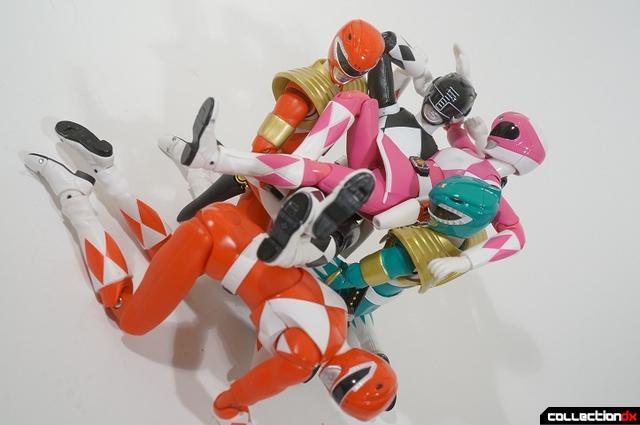 Remember, once you go black, you never go back.

2 comments posted
Once I understood that his

Once I understood that his axe turned into a gun, I always wondered why he wasn't the most powerful Ranger. Sucka's got a freakin' AXEGUN! And he's a solid gold dancer.

It doesn't convert to gun mode? That is just lame. In fact, IIRC the 4" MMPR Black Ranger from 2010 had a Power Axe that actually converted so I'm tempted to call it unacceptable for a fancy expensive figure to not achieve the same. Especially since it doesn't even have an alternate gun mode piece.