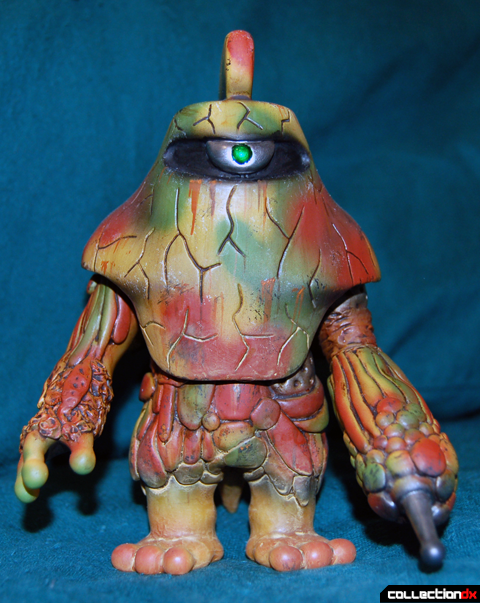 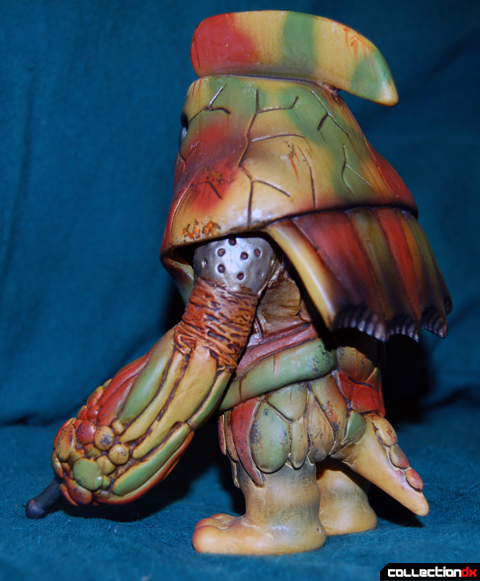 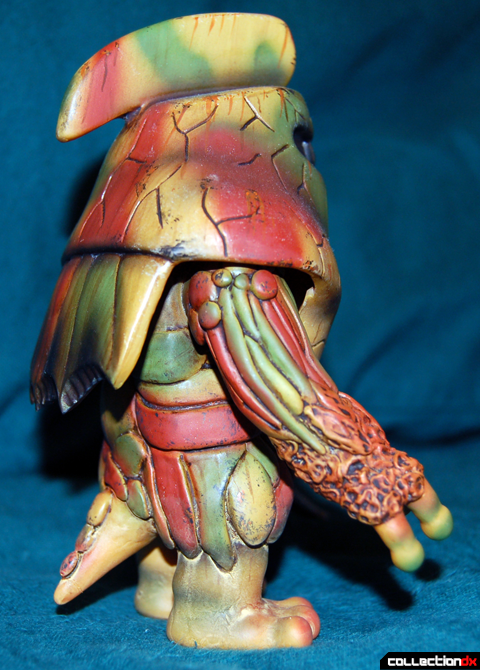 The figure presented here is actually a custom painted by me. There are only a handful of Bigaoses and they are relatively hard to track down, so I made one myself from the beige flesh blank sets and painted it up. I used a camouflage scheme and weathering similar to a tank, thinking that the Bigaos really is engineered for battle, and has seen some. I also used a wash to bring out all the detail, tying the cracks in the Bigaro armor together with all the aspects of the Chaos sculpt. 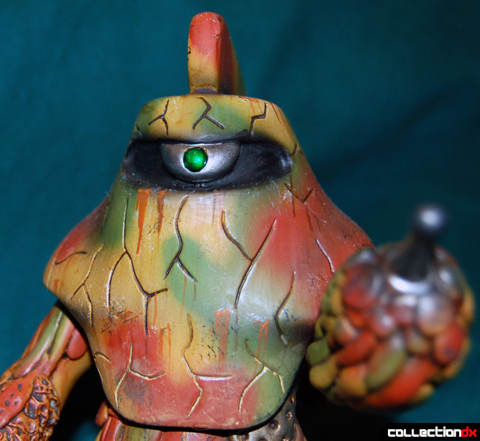 Very nice work on the paint brutha. Do you have much experience in model building? You definitely have the "eye" for it!

I want this figure, love the paintjob. Great work.