Bebop and Rocksteady were provided by Playmates Toys.

Please support them by buying, literally, any other of their toys.

Let me preface this review by saying that I really love the TMNT 2012 line. I know it's 2014, but the current Ninja Turtles toyline was started in 2012 and is largely awesome. The first four Turtles were some of the best toys of the year. I should also state that I really like the new design of Bebop and Rocksteady. I like how they have been given more personality and aren't just muscle-brutes who may actually be different mutated animals.

Bebop has been reimagined as a thin cyber-ninja who likes explosives and club music. Rocksteady is a Russian muscle-headed rhino that hits things with a hammer. And a sickle. Get it? He's Russian.

These toys are awful. 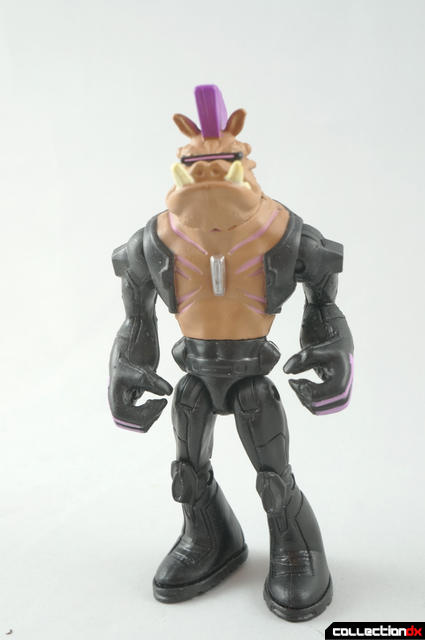 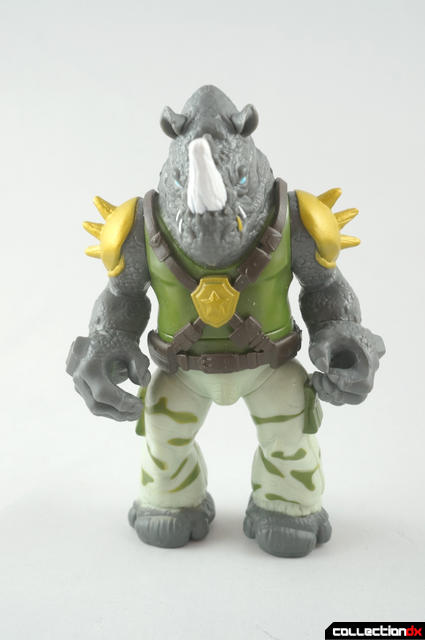 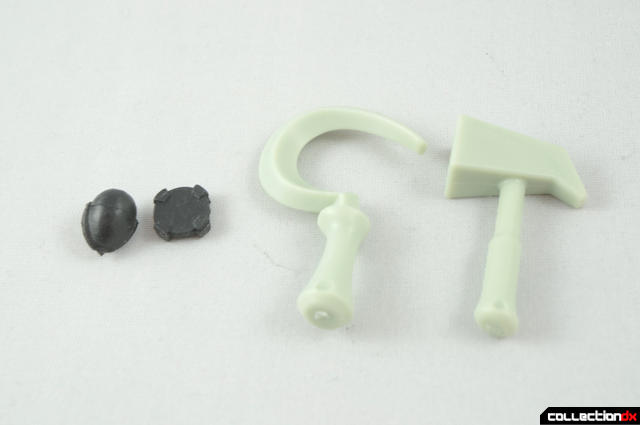 Bebop comes with a grenade and a square mine that he can hold. Rocksteady comes with a sickle and hammer. He can hold both of them. 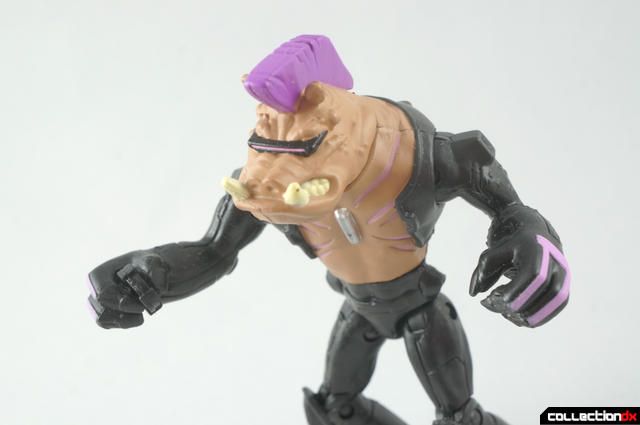 Bebop and Rocksteady have good sculpts. The faces are decent. The paint on Rocksteady is pretty good, but Bebop's paint is almost nonexistent. In fact, the lower part of his stomach is black plastic. 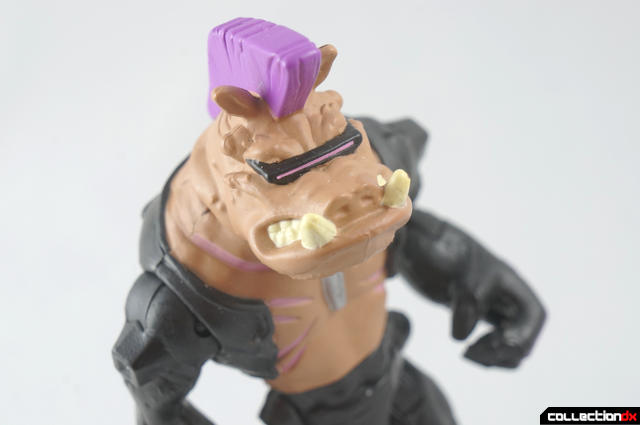 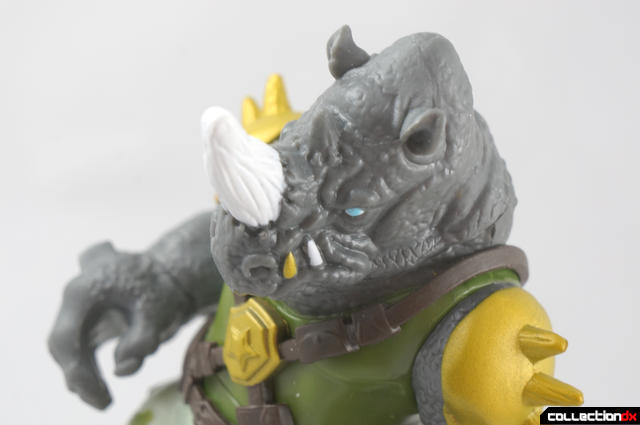 The articulation on both are not very good. 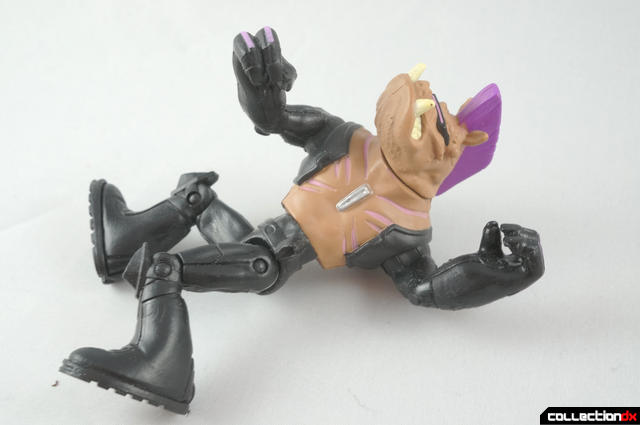 Bebop's articulation is slightly better because he can move his legs. Plus, he has some wheels on his back and feet so you can roll him around. 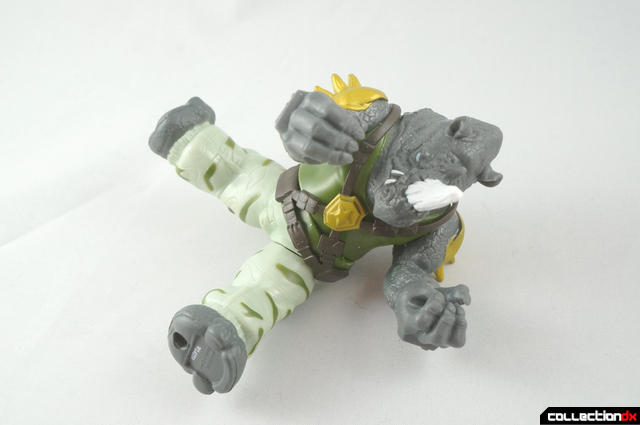 Rocksteady's articulation is god-awful. He has a few swivels, but they don't accomplish much. In fact, his legs are the worst I've seen since his hips are only a V-crotch. Plus, his feet are round so he can't really stand up. 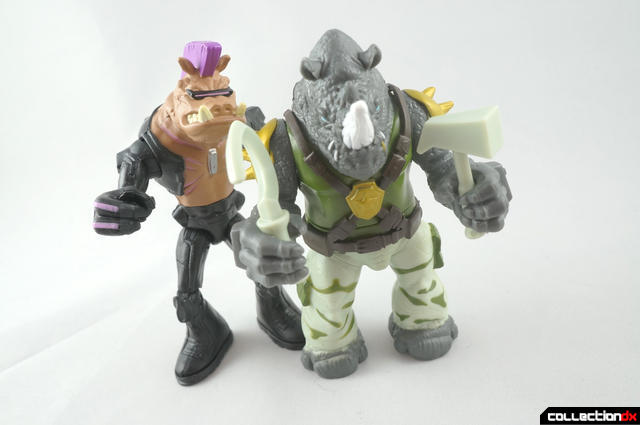 Overall, these toys are terrible and you should not buy them. Don't even entertain that thought. It's really depressing since I love the toyline so much. Come on, Playmates. You're better than this.

Playmates isn't better than this. If you've seen the other TMNT figures (that aren't the four turtles), missing paint apps and sub-par articulation are the standard. Bebop is about on par with other figures in the line and Bebop's articulation is actually better than most other figures. I think if you know that going in, the figures are okay. My biggest gripe with these is that 1) Rocksteady doesn't come with a big machine gun and 2) these figures, just like most of the bad guy figures, are probably going end being out of scale (e.g. too small) compared to the turtles.