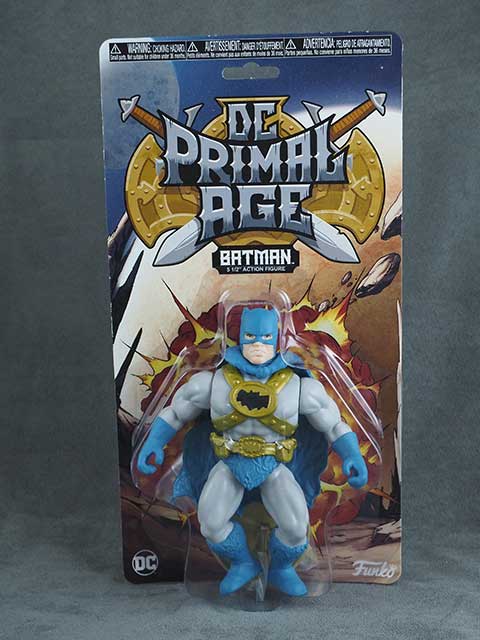 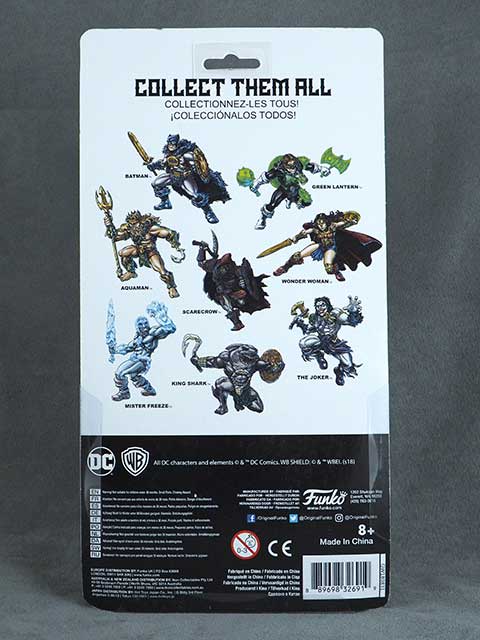 Batman's legs are a bit wobbly out of the package, but it's no big deal. the figure stands well. 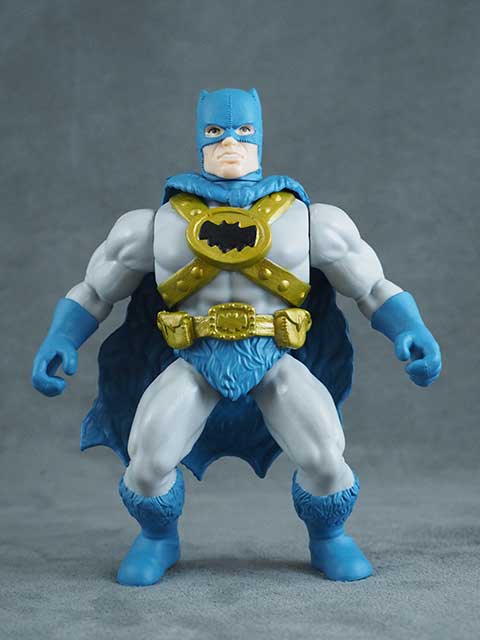 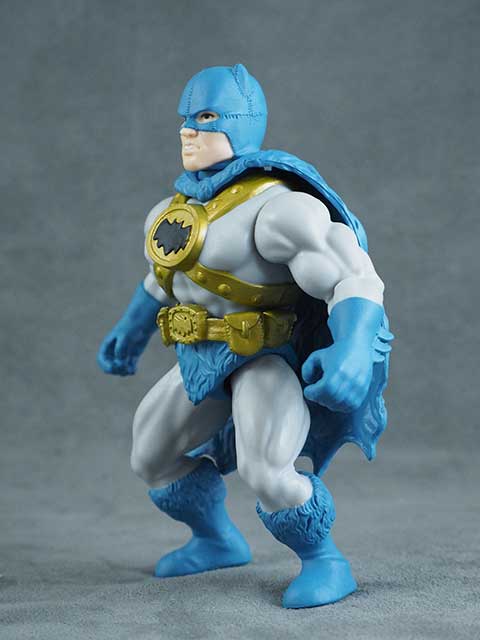 There are a few things that bug me about this sculpt. For one, the bat symbol is not level on his chest. the cape is fine, but it becomes an issue when using an accessory from the Batcave. Finally, I think an opportunity is missed to make Batman look more fierce. He's just sort of average looking, as opposed to Aquaman, who actually has a crown and looks like a king! Batman has short ears on his head, and his eyes are too prominent. Too much Adam West and not enough Frank Miller. 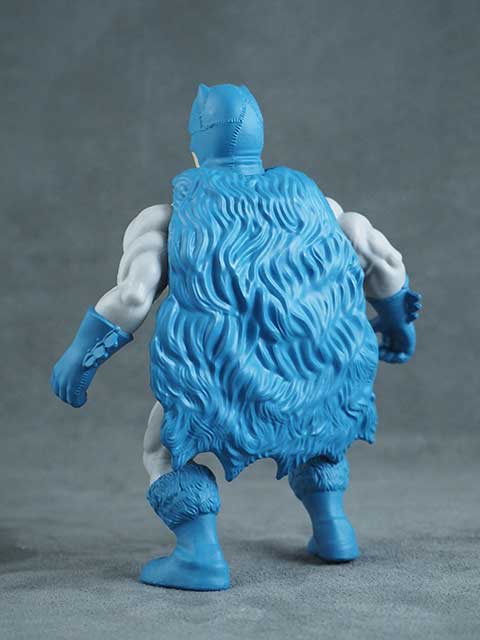 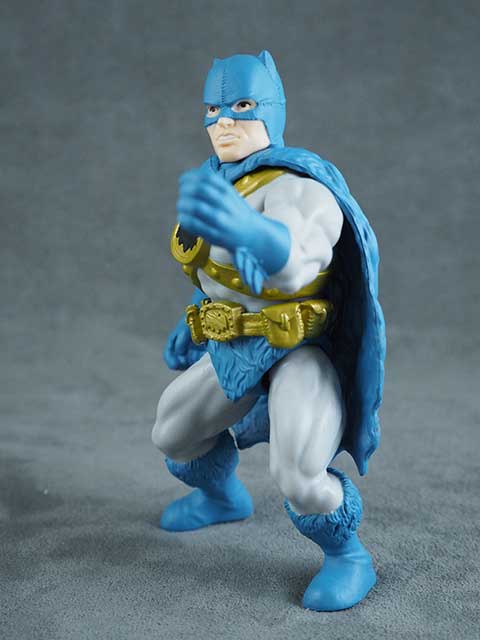 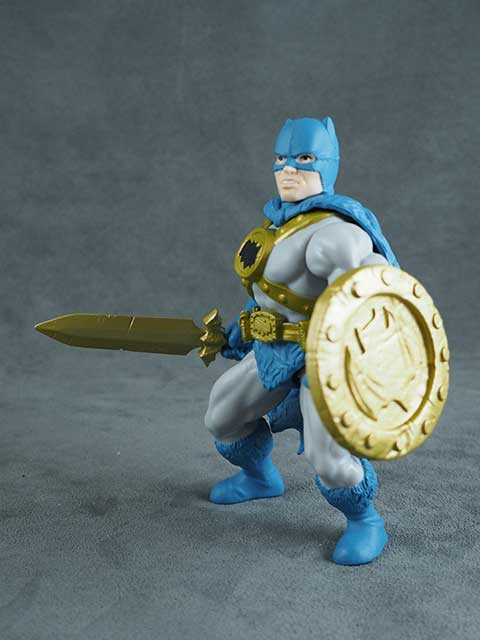 For weapons, he has a sword with a bat design hilt and a shield that clips on to the arm. 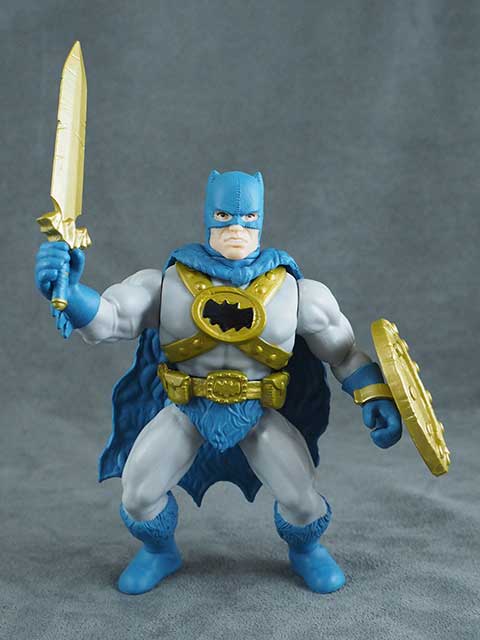 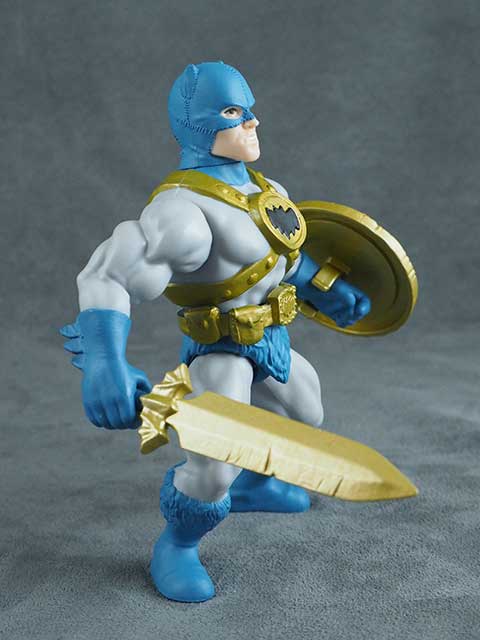 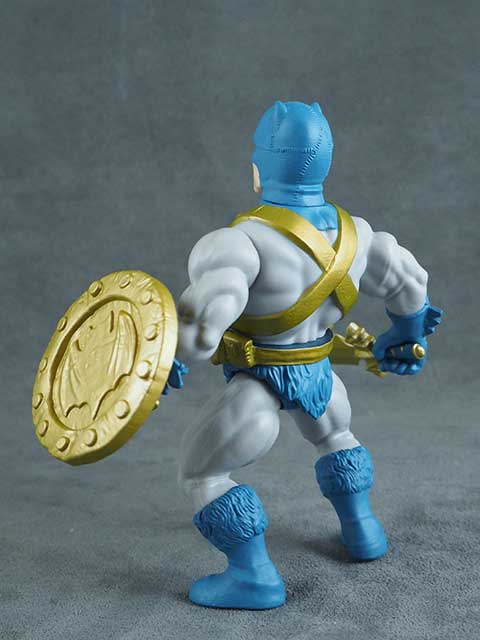 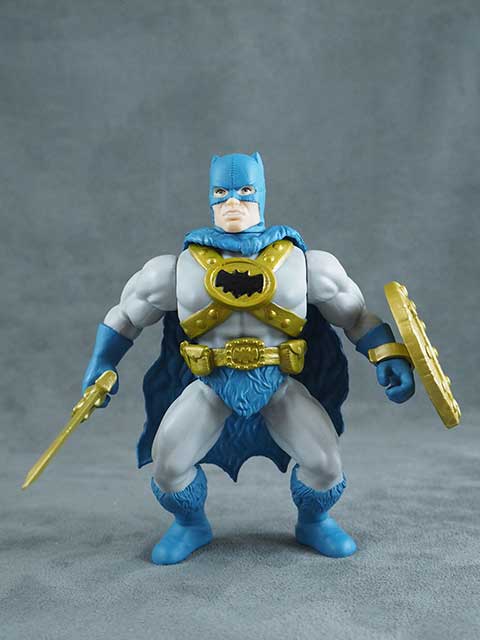 Batman is fine, but it does not wow me, if only because it could have been so much more. If you are going to go high-concept, don't play it safe.