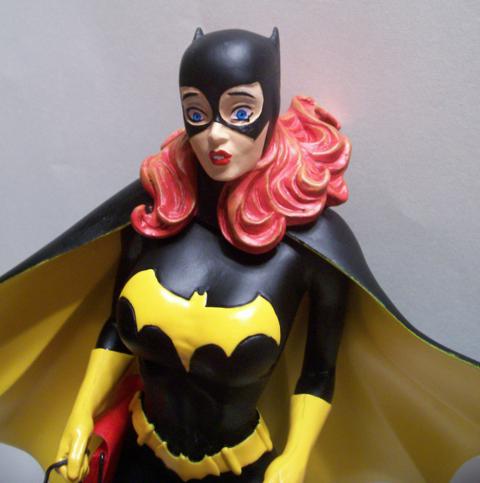 Character. Batgirl is probably the best known of the “Batman Family” aside from Batman and Robin. There have been up to 4 subsequent “Batgirls” (some more legitimate than others) with a new 5th one currently carrying her own book (this is not to be confused with Batwoman). Perhaps the most best-known, classic Batgirl character was Barbara Gordon, daughter of Batman’s close ally, Police Commissioner Gordon. The Barbara Gordon Batgirl was used widely on the Batman TV show in the 60s and on the Batman: The Animated Series in the 90s. Her red hair and upbeat exhuberance often played in sharp contrast to the more serious Batman.

This statue is one of the newest releases in the “Covergirls of the DC Universe line” as designed by famed “good girl” comic book artist Adam Hughes, based on the sketch below of Batrgirl with her rope tangled, having an almost Norman Rockwell kind of vibe going on. 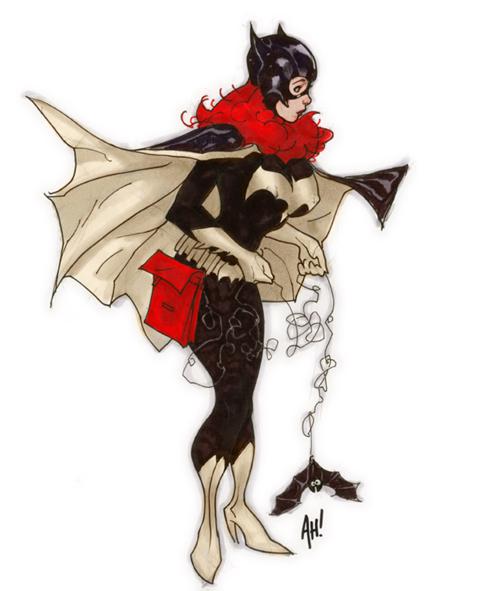 Other statues in this line include Power Girl, Wonder Woman, Zatanna, Harley Quinn, and Black Canary with many more to be released this year, including Supergirl and Hawkgirl. 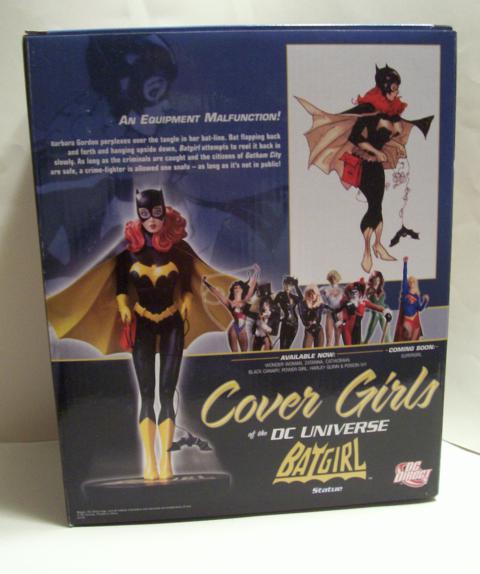 Review.The statue comes in a 4-color box with the original art. 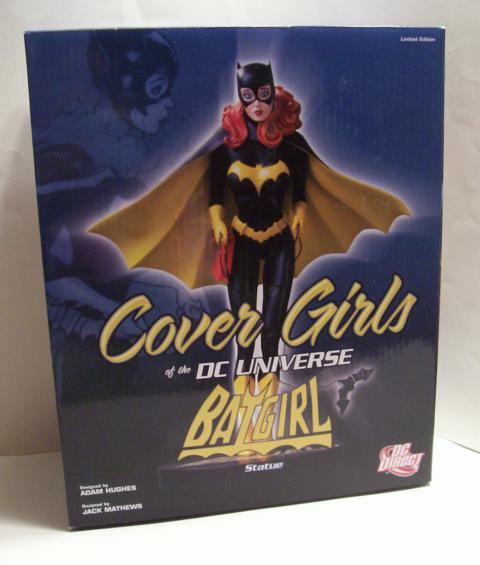 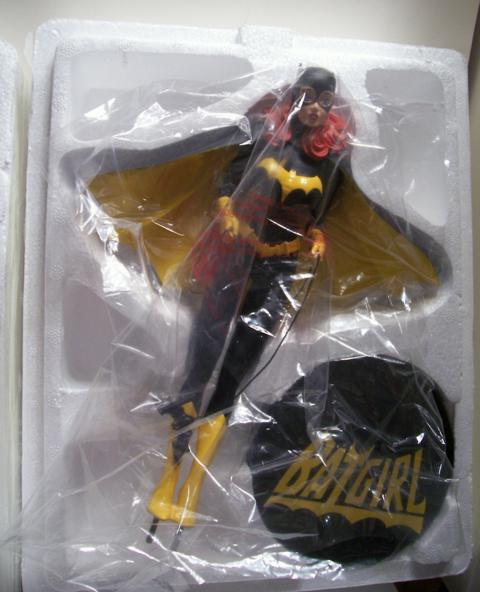 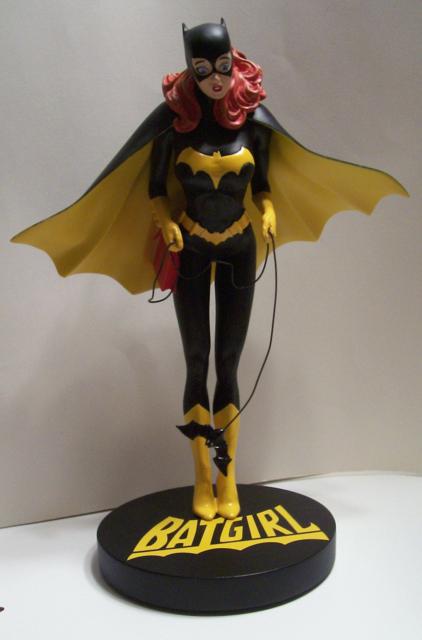 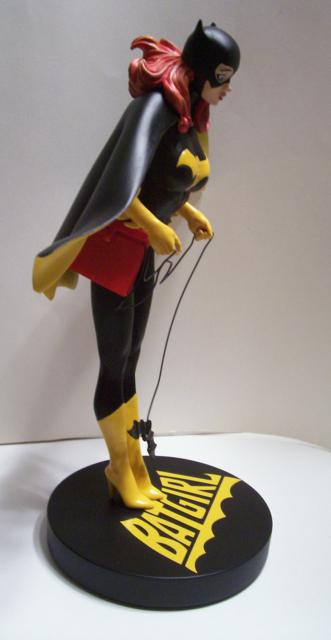 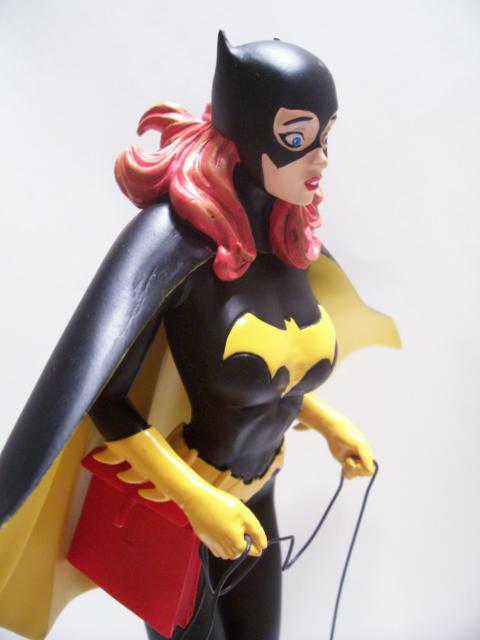 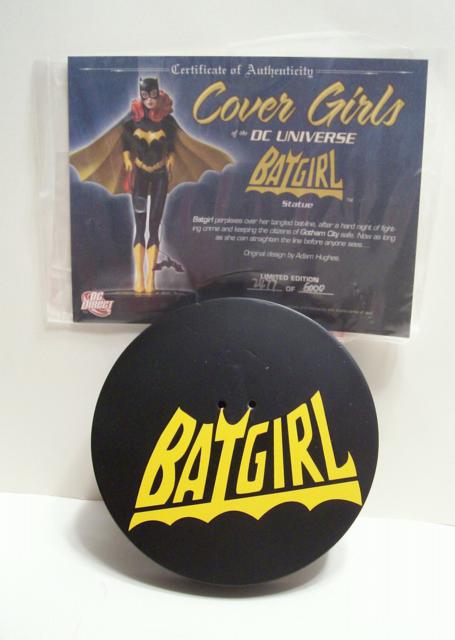 The overall presentation of the statue is good and captures the character of the original art. The facial expression is PRICELESS! 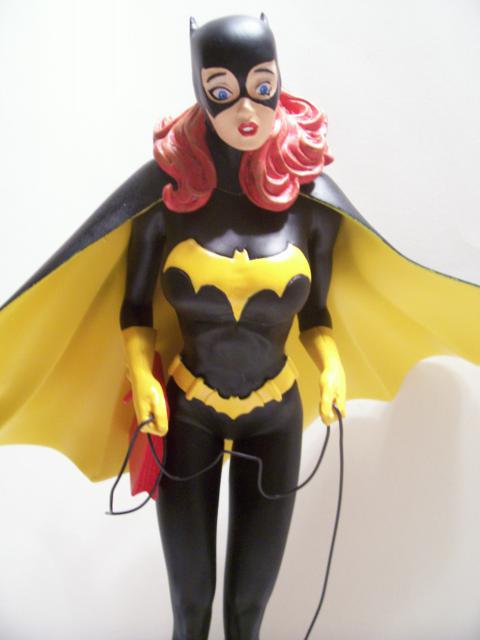 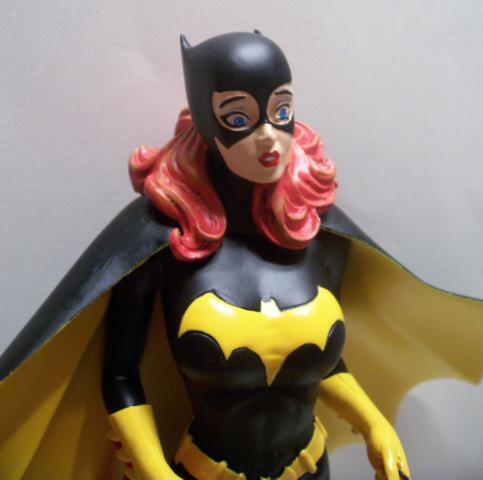 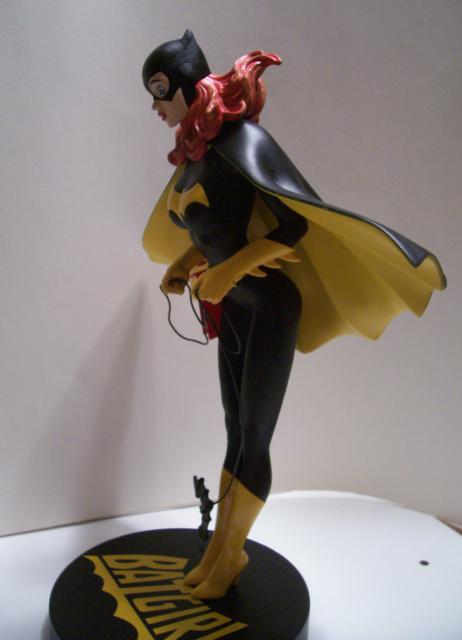 And the colors are nice. I’m glad they went with the newer Batgirl palatte of black and yellow (as opposed to the older grey and yellow).

Although there is this odd dark imperfection on her right eye. Not sure if that’s unique to my statue or if its on all of them.

As long we're talking about the paint-although overall good, there are very minor paint imperfections found throughout the statue's surface.

Batgirls' breasts are nicely done..but honestly, I thought that she was a bit smaller. 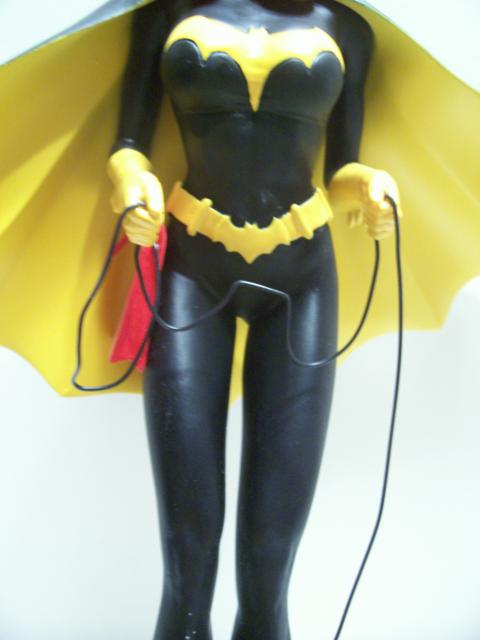 It also seems odd that ALL of the DC Covergirl statues have similarly shaped, largish breasts. A minor complaint-but some diversity would go a long way.

The sculpt is pretty simple overall, but there’s definitely places (like the purse and belt) where you can see how there is finer detail. 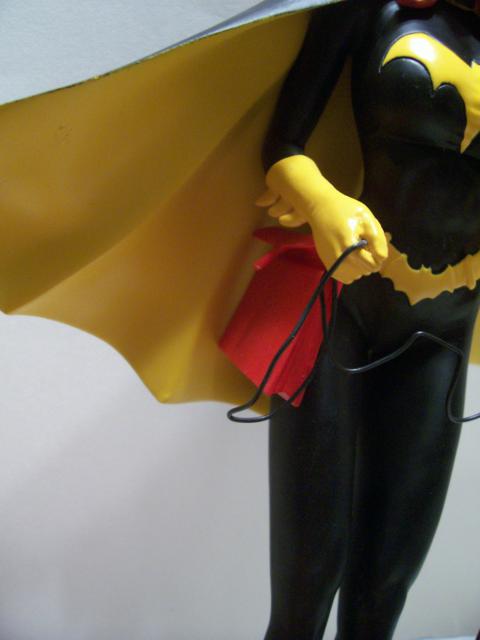 The Batrope is wire-like and isn’t posable (and wouldn’t expect it to be). But it is somewhat resilient and has some “give” and seems pretty durable. 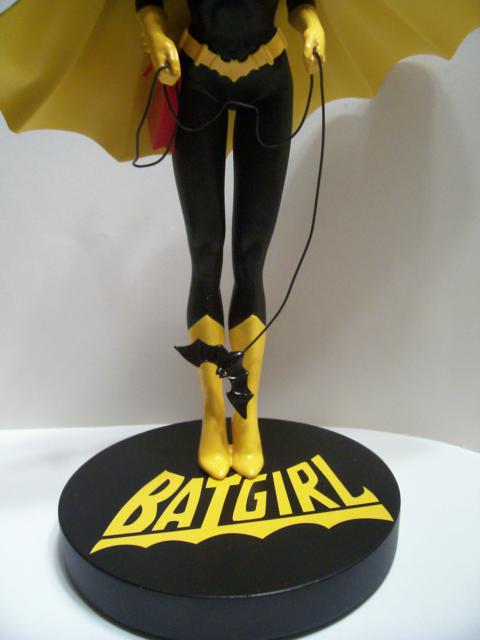 The presentation of the statue from the rear is nice. Cape is well done. 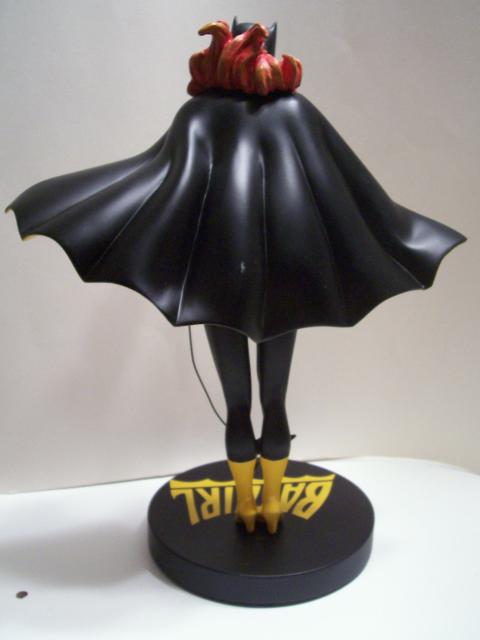 Batgirl’s hair is nicely sculpted. Batgirls’ hair is red with orange highlights. Not sure why-but the colors look strangely blended. 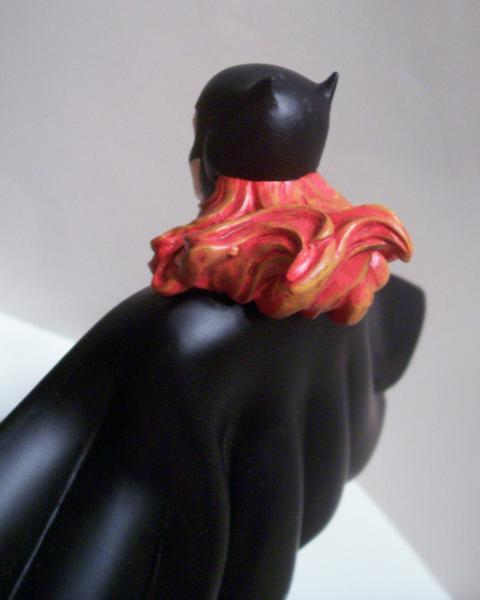 Sculpt for Batgirls ass is awesome. Its actually kind of a shame that its obscured by the cape. 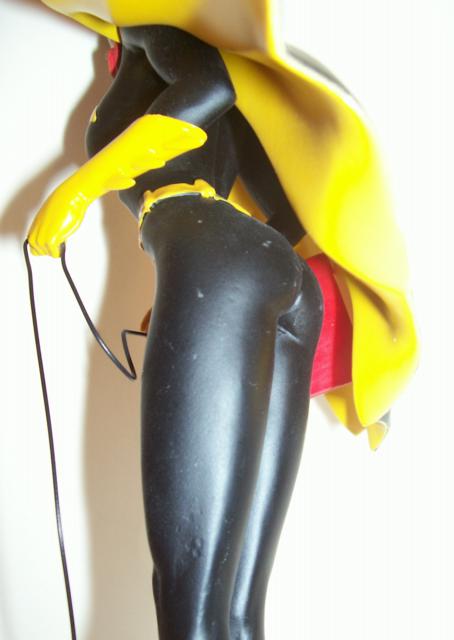 Typical for the statues in this line are metal rods that anchor the figure into the base. 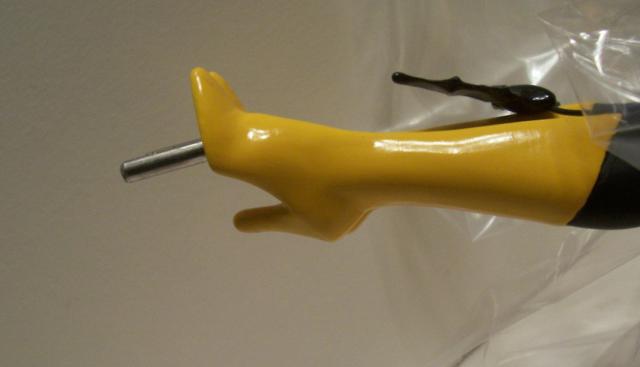 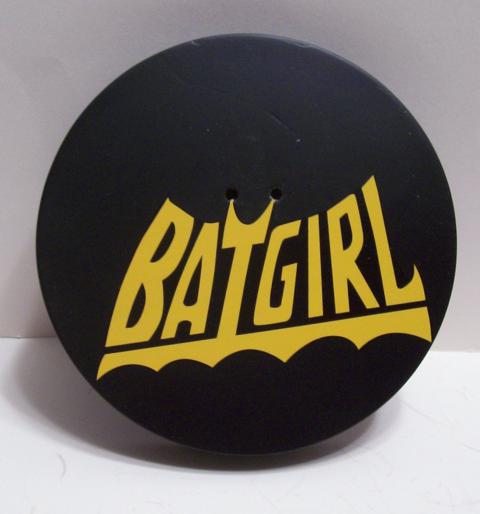 There are pads on the bottom that keep the statue stable. 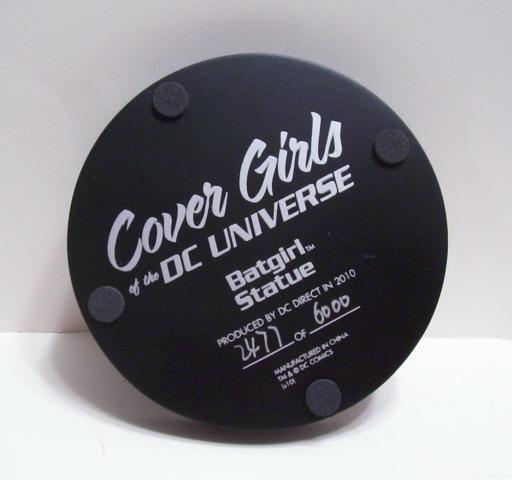 Overview. I’ve been pretty happy with all of the statues in this series. In many ways, the Adam Hughes sculpt gives a “win-win” to everyone. The sculpt for the statues are sexy but without completely losing the more heroic aspects of the character.

I’m not sure if the weird little imperfection on my statue’s eye is typical or not-but in the big picture, it’s a relatively minor blemish. The statue’s a solid piece of work, whose sculpt conveys all the character of the original sketch. Batgirl has a good visual presence on my “girl statue” shelf but would be equally at home in your collection of Batman paraphenalia or super hero action figure shelf.