I've been reviewing the entire DC Primal wave line that Funko sent over (you can read them all here) but they were really just stepping stones to get to the main event - The Batcave. I haven't bought a modern playset in forever, and this thing just threw me for a loop with its awesomeness.

On their own, I probably would not have picked up the Primal Age figures. But when you get them all together and throw in a playset and battle animals, the whole thing is an 80s kid's dream come true.

Join me as I regress back to a 10-year-old me and stage a toy battle on my floor. 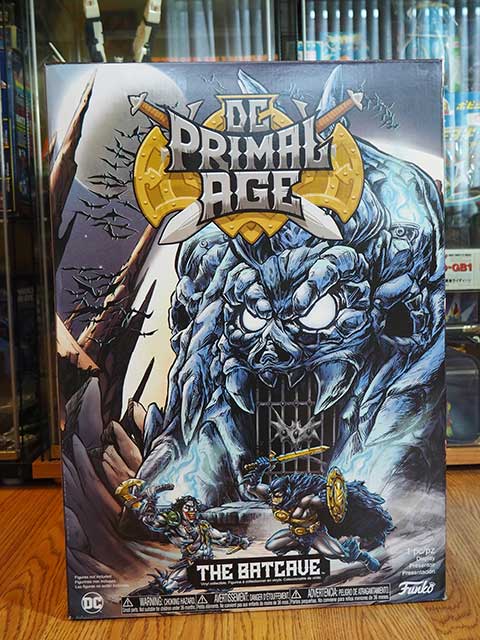 The box was too big to put in my photo tent. It's over 2 feet tall. There's precious little to put together aside from a couple baggies of parts. 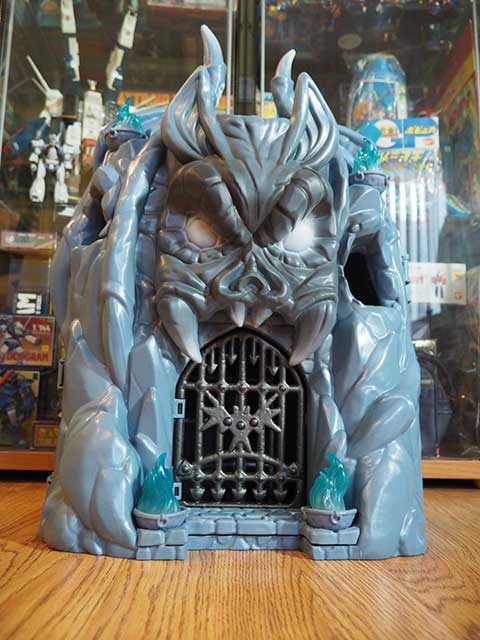 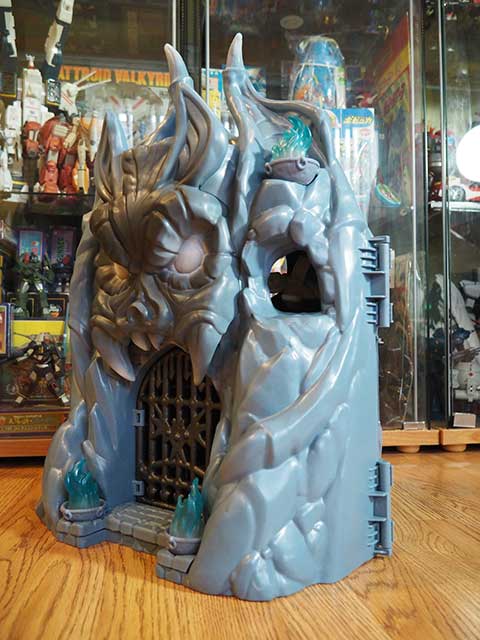 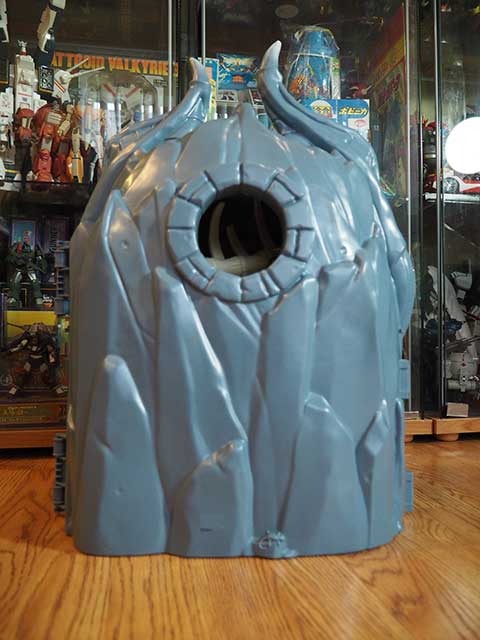 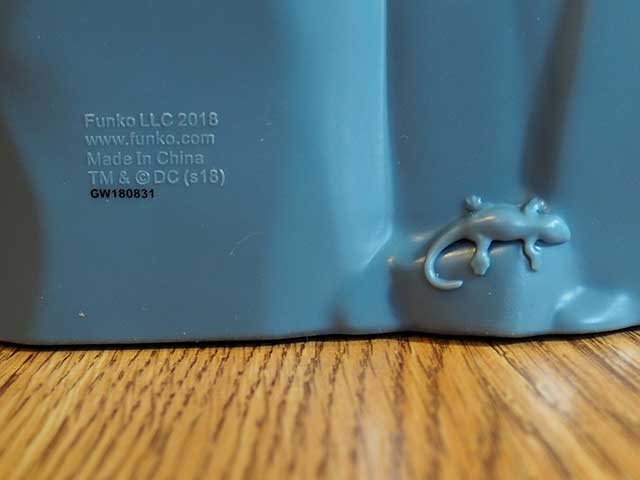 The outside of the castle is covered in cool details, from a neatly sculpted lizard on the back to translucent flame effects on the front. There's a porthole on the back and a small platform for a figure on the front up top. This thing feels like it is made out of the exact same material as the original Castle Greyskull, and at 2 feet tall it's about the same size. Just the feel of the plastic makes me nostalgic. 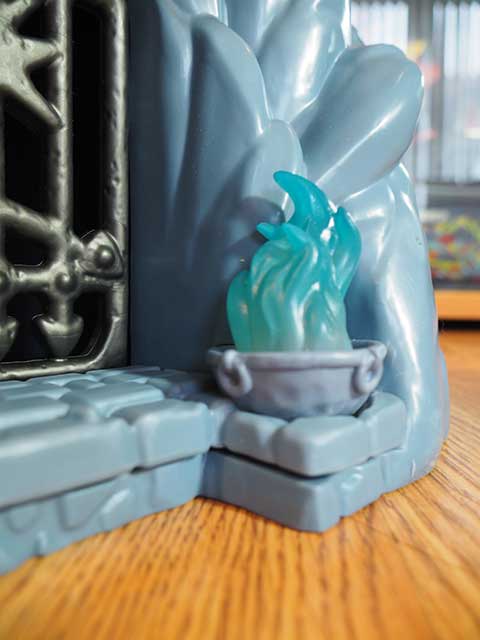 You open the castle on the side by releasing the two tabs. Inside there are a lot of cool features. 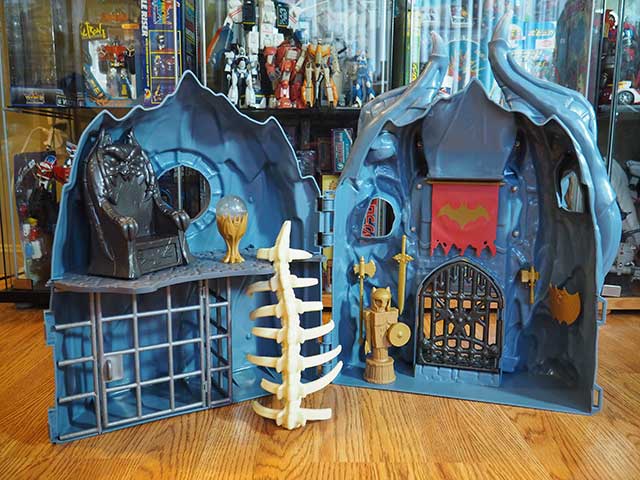 The red flag over the door needs to be attached, and it falls off a bit too easily. Honestly, you could glue it in place because it doesn't interfere with closing the playset up. 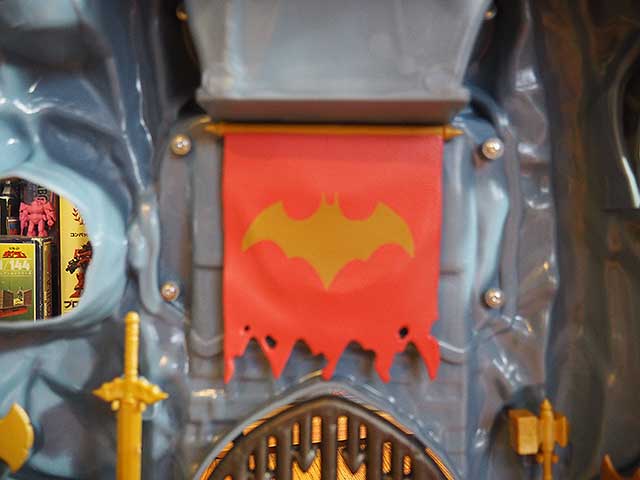 One of the cool things included is this training dummy. It has a removable helmet that the action figures can wear. 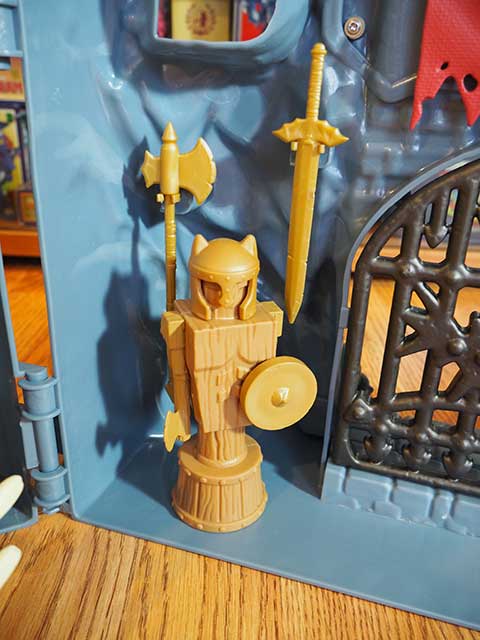 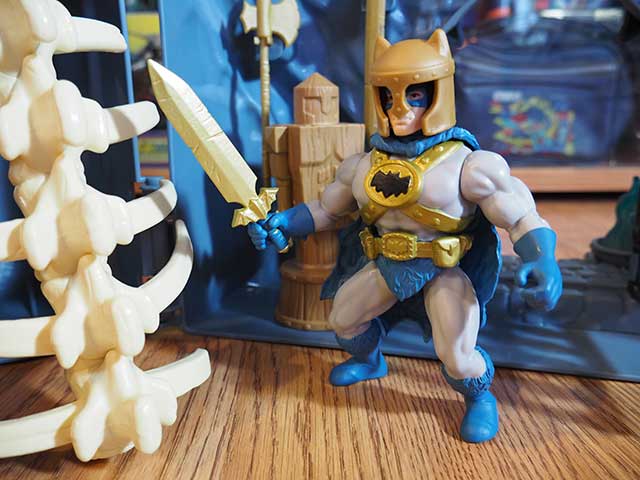 Included are four weapons that attach to the inside wall, which also can work with any figures. A homage to the MOTU weapons rack? 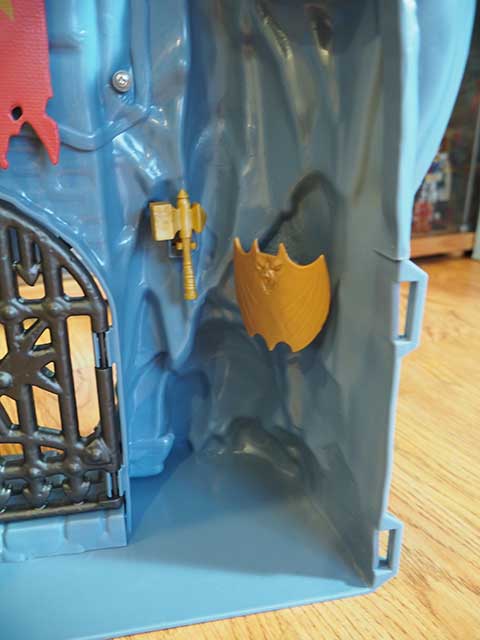 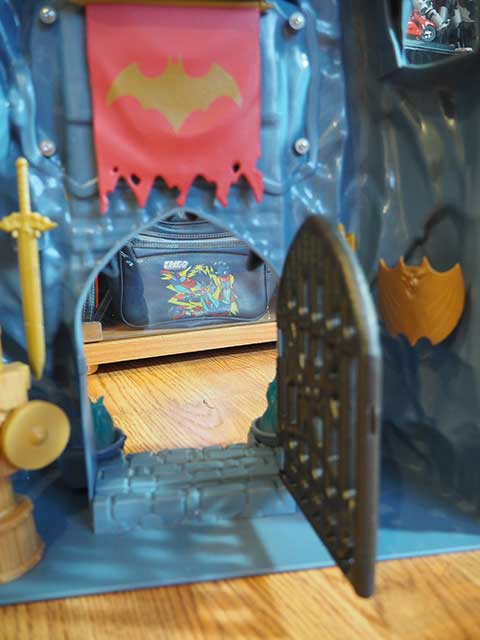 A soft vinyl throne is included for Batman, but it's tough to get him to sit with his cape on. Good thing it's removable! 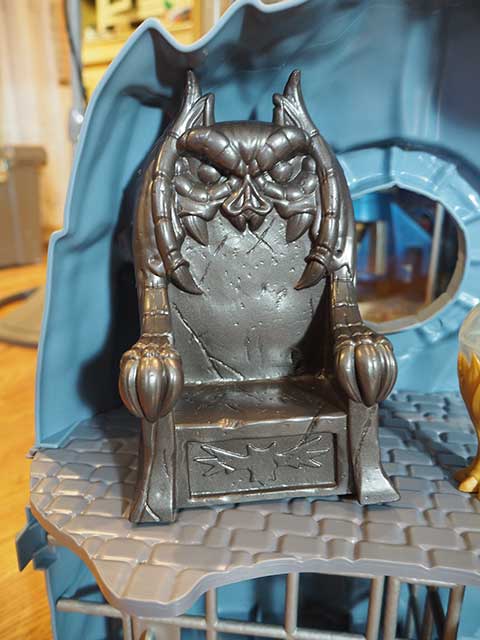 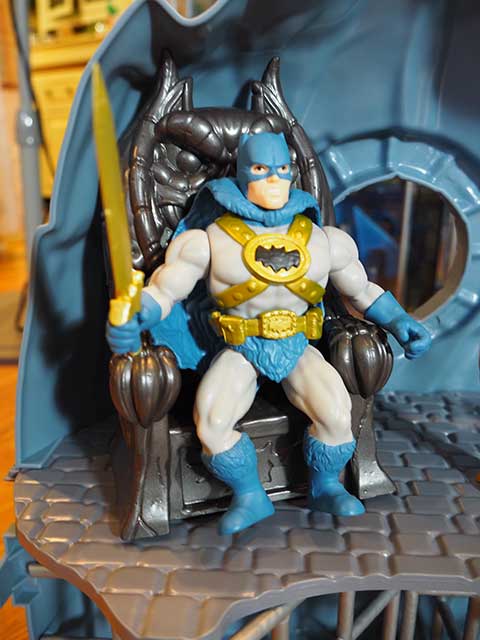 To access the lower level, there is a ribcage ladder to climb down (much like the ladder from the original Castle Greyskull). Also included is a clear crystal ball type thing, but on mine, the glue has left a hazy residue on the clear part. 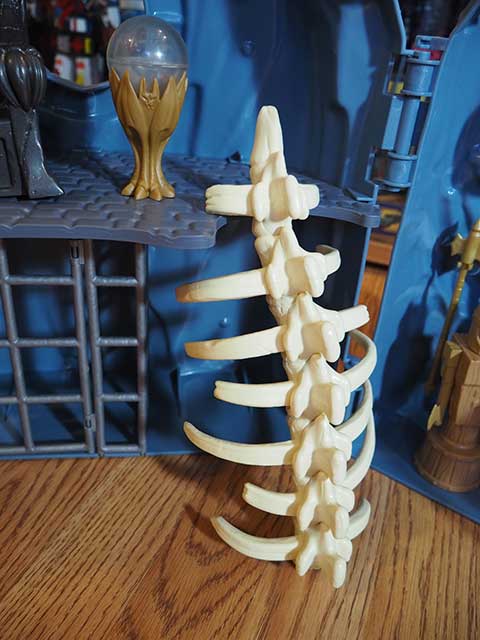 On the bottom level, there's a jail cell for prisoners of war. 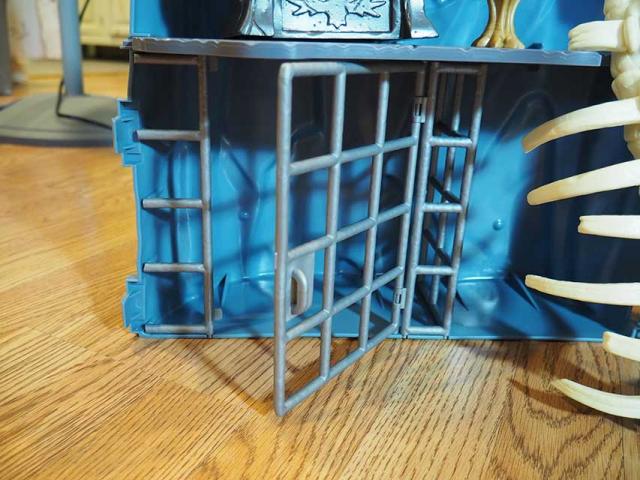 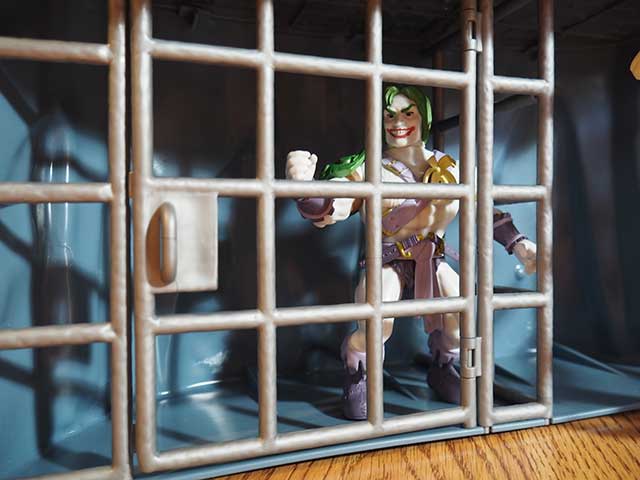 Now that we've toured The Batcave, let the invasion begin! 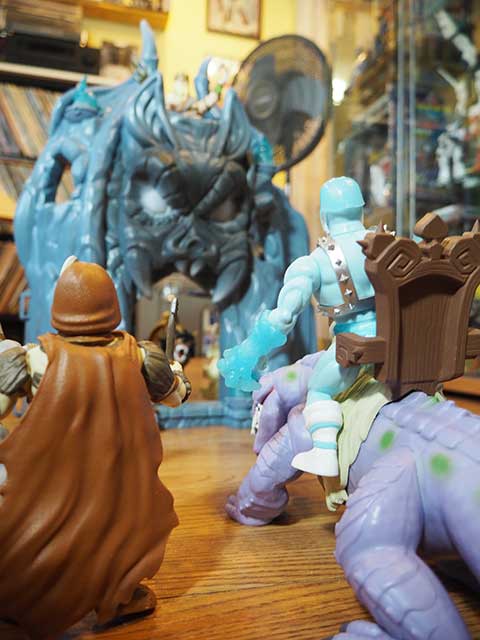 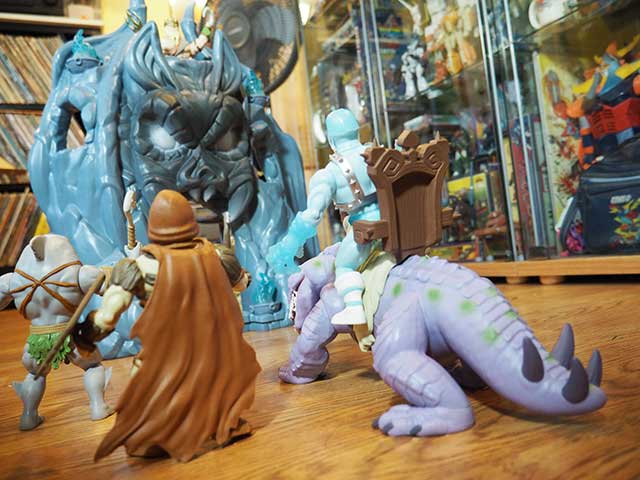 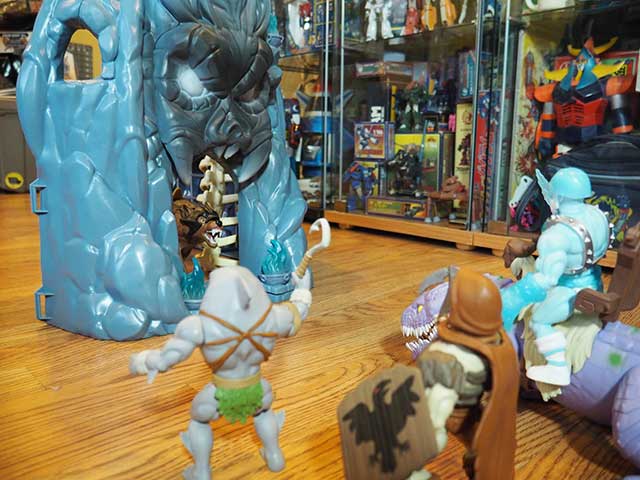 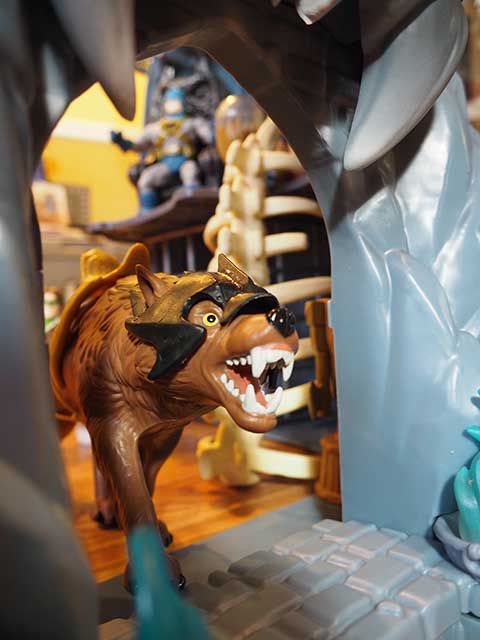 I'm almost ashamed about how much fun I actually had putting this all together. 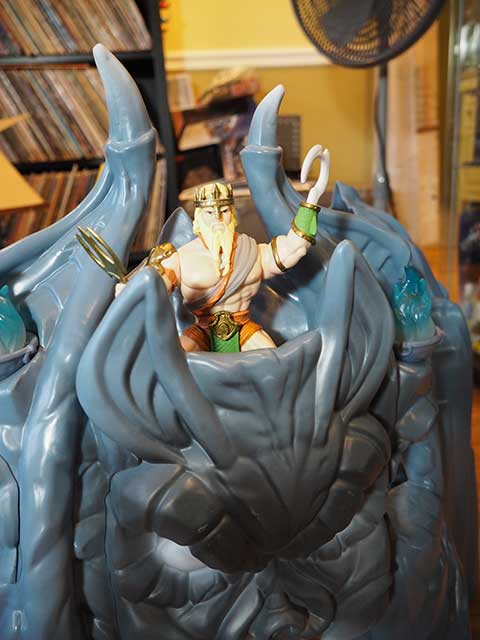 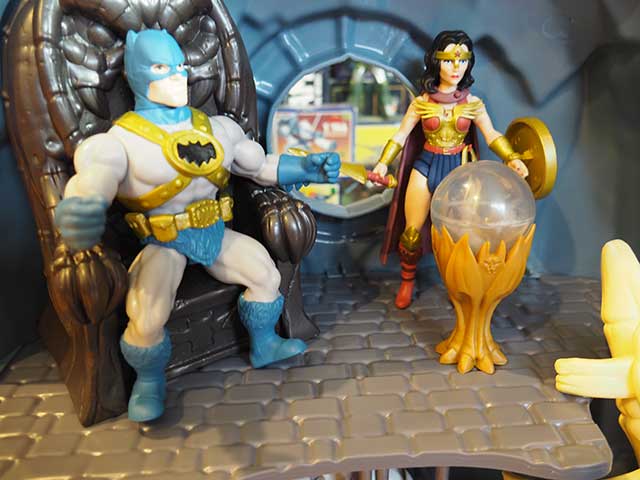 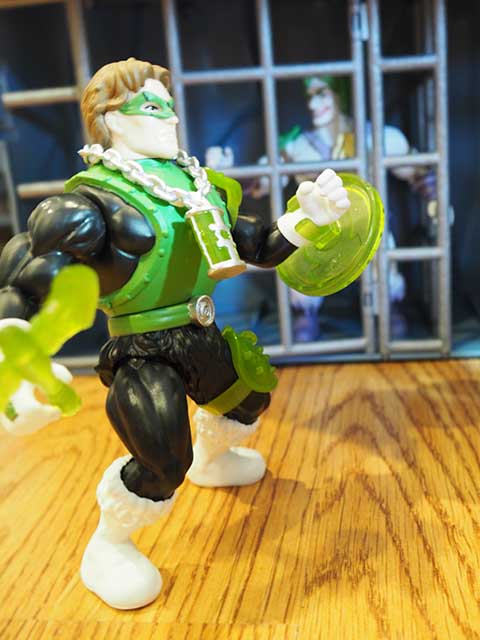 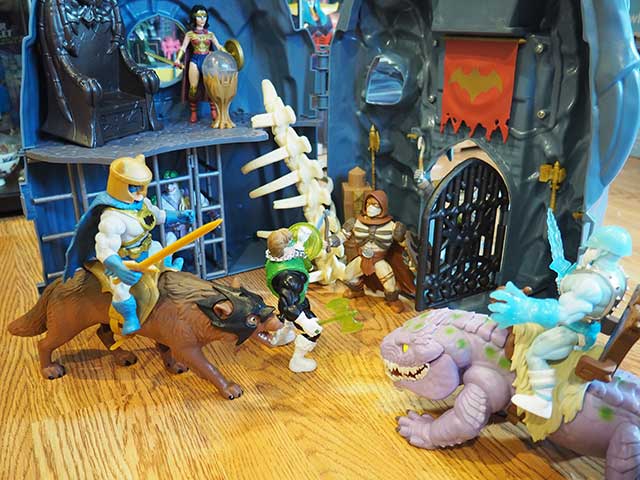 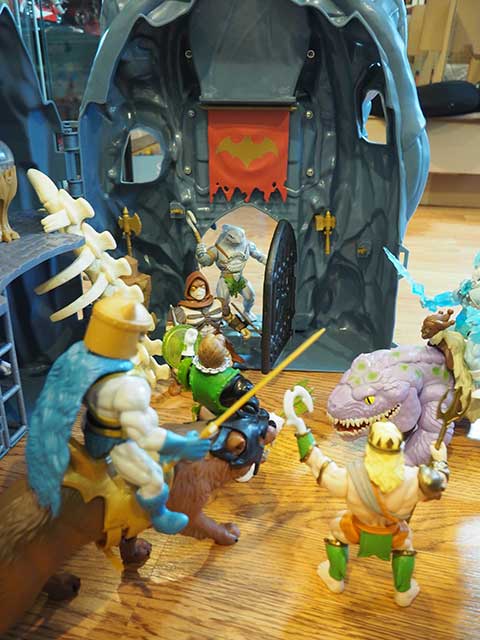 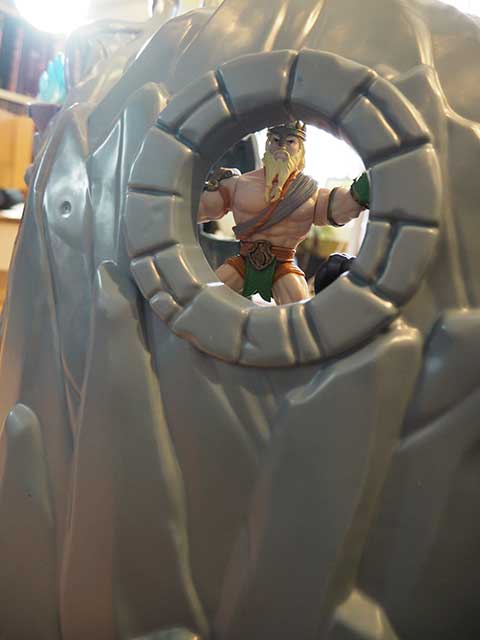 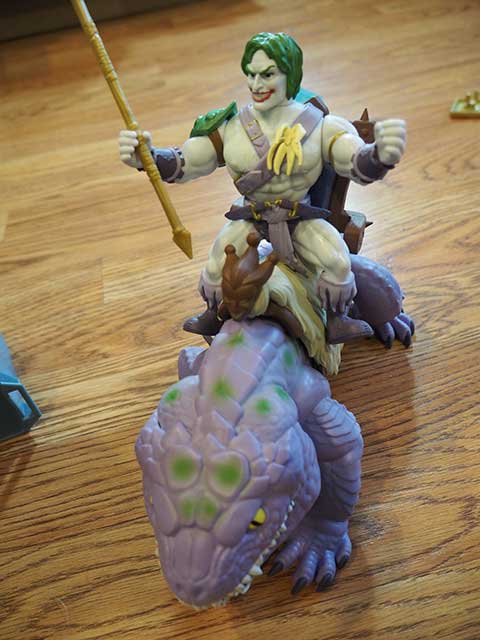 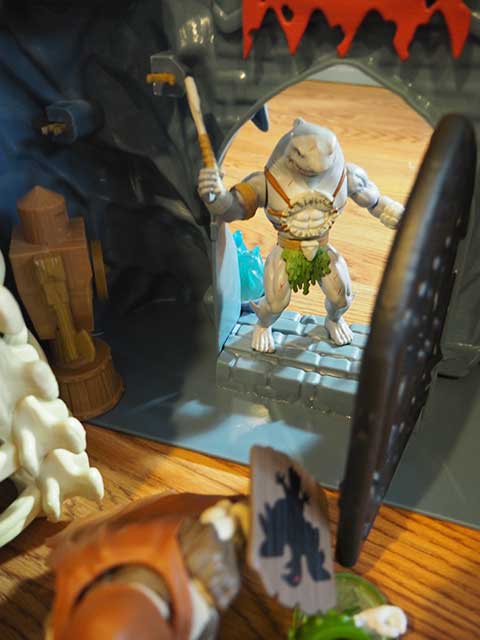 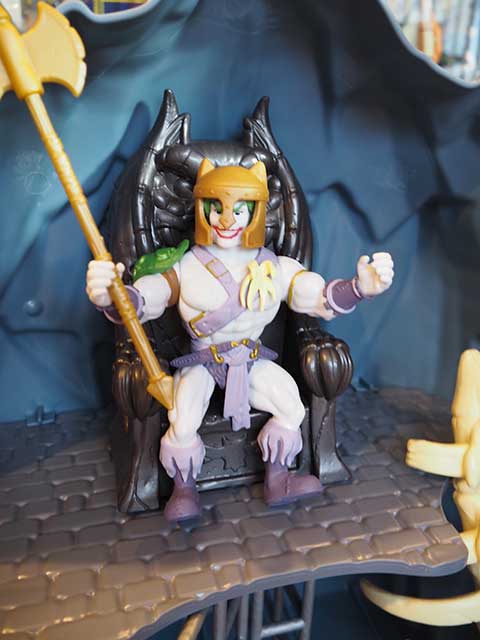 I can't believe this thing was only $70. It's a STEAL and so much fun.  Be sure to check out the reviews of our other DC Primal Age toys:

Man, this could almost double as an Evil Horde hangout. Looks great. Where is it available?