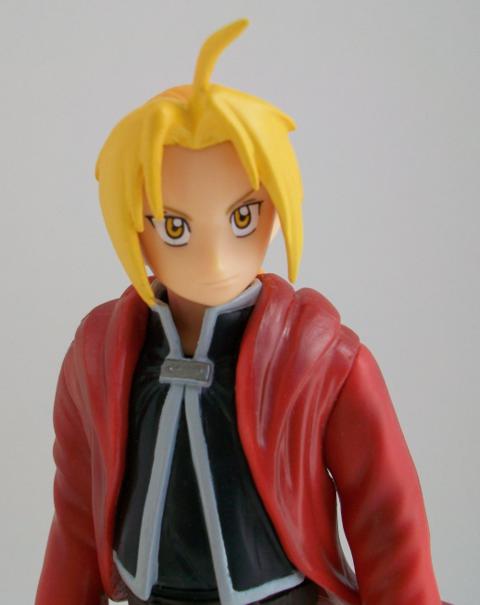 I came upon this figure at an anime auction at my college. For a figure that had been in a box in the garage for a year, this is in beautiful shape.

This figure was originally created as a UFO Catcher crane prize in Japan. Lucky for those of us in America, this figure was repackaged and released for sale in the west. 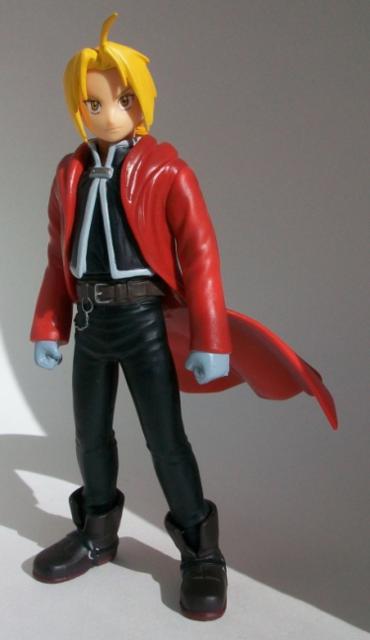 The detail in the coat is great. The folds are shaded very nicely. 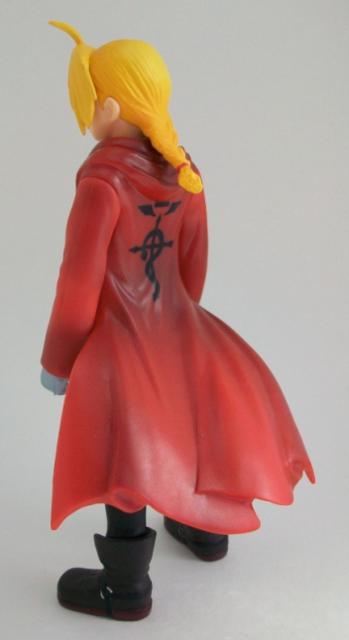 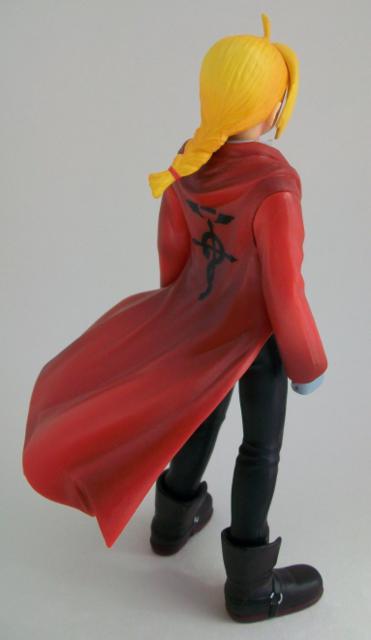 The eye detail is nice but he could stand to have a little more definition in his mouth.

The other details are done quite nicely. Check out the delicate paint job on his watch chain. 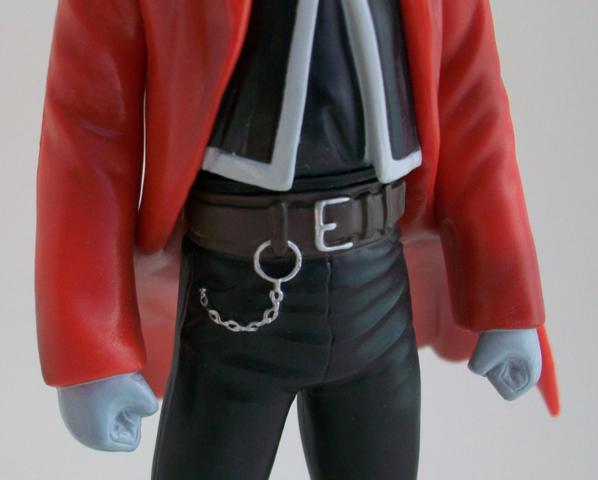 He’s also got nice detail on the boots. The black bands actually wrap around the bottom of his shoe and are painted accordingly. 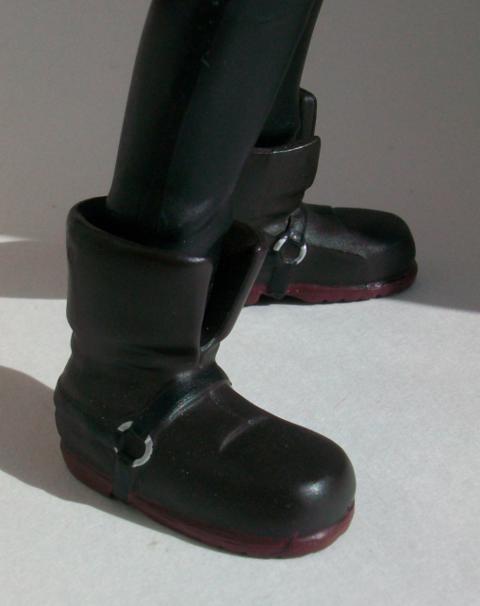 They also did a nice job getting the alchemist symbol on the back of his jacket. 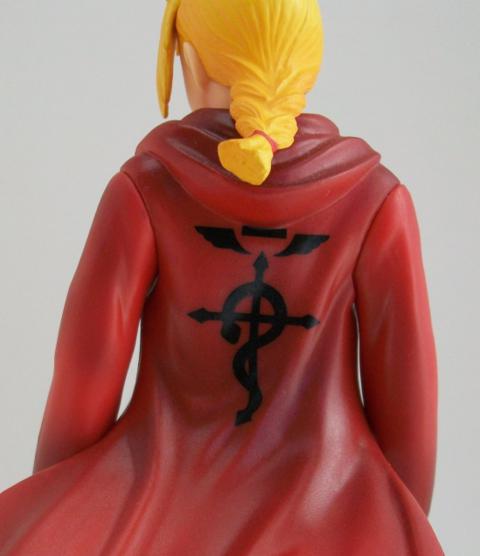 I only have two complaints about this figure. The first being that when it came to me there was a tiny chip in his hair, which appears to be from handling and was not an original flaw. 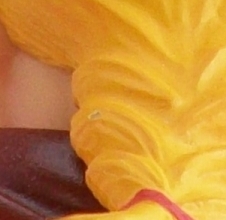 The second being the small bit of flash on his hand. I’d cut it off, but I don’t want to risk ruining the paint. 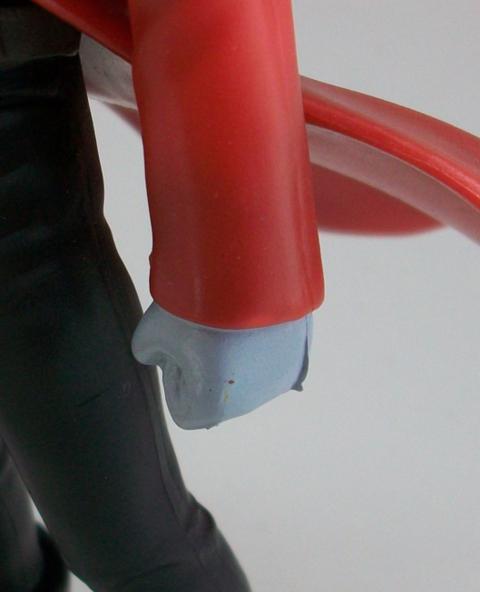