Officially titled "XXXG-00W0 Wing Gundam Zero (EW)" this is the version of Gundam Wing that appeared in Endless Waltz, and of course the most iconic version of the mech. I was curious to see how the many-layered wing approach would work on this figure, and for the price point I was not let down. 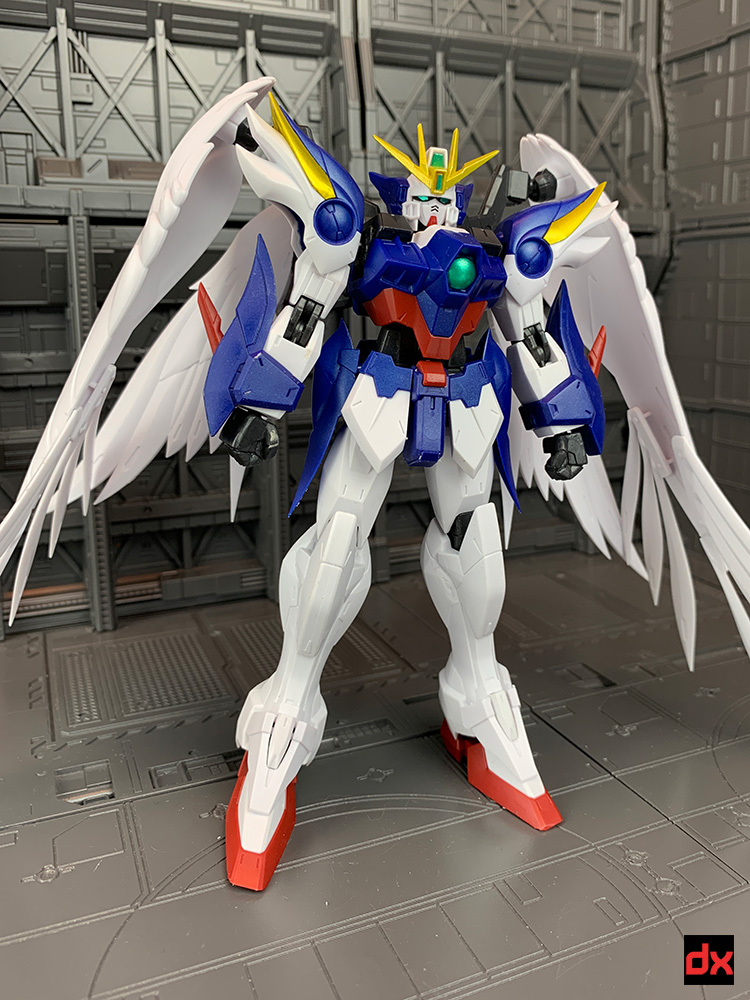 The figure is part of the Gundam Universe toy line, a $25 price point that sits somewhere between MSiA and Robot Spirits. They are big for the price, come with a decent amount of accessories, and are reasonably poseable.

Wing Gundam comes with a good assortment of accessories

The wing parts snap together easily out of the box, but it took me a minute to look at the box art and figure out which way the parts were supposed to attach. The parts are rigid but sharp, so be careful not to break them or stick yourself with them. 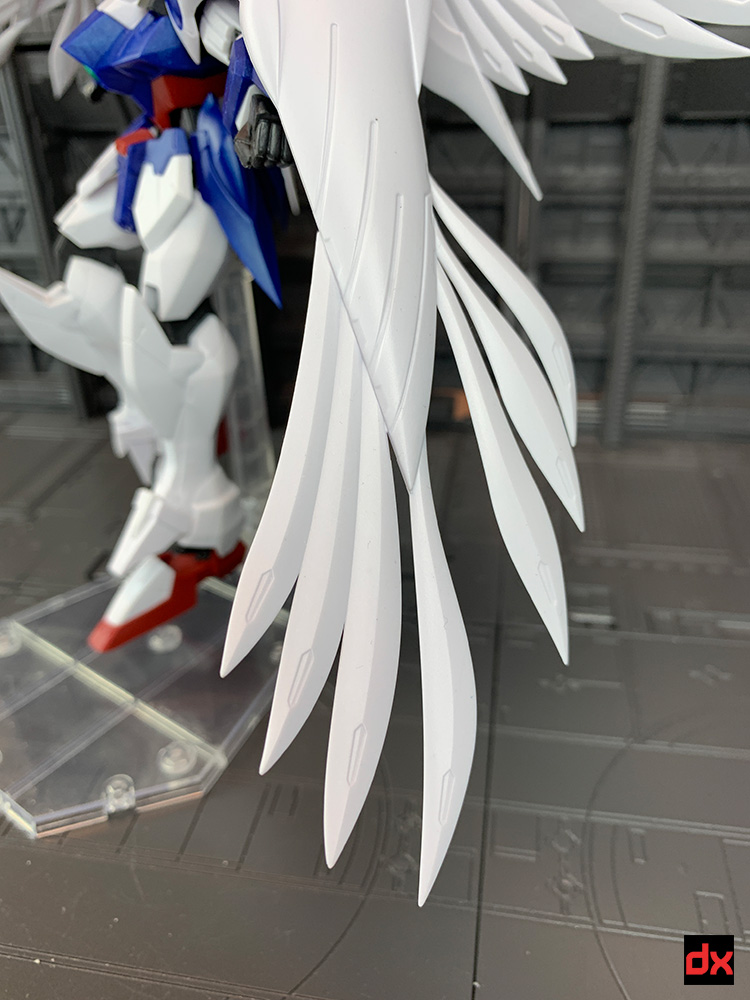 The big wings need to have feathers attached at the bottom, and then the wings attach by ball joints at the top. The back wings just pop into the backpack via ball joints. I was a bit let down with the range of motion inthe wing joints - the connector arms for the large wings do not swing forward and bakward, and on the small wings, the only joint is where they connect to the back. The whole backpack is removable if you'd just rather attach them while separated from the figure. 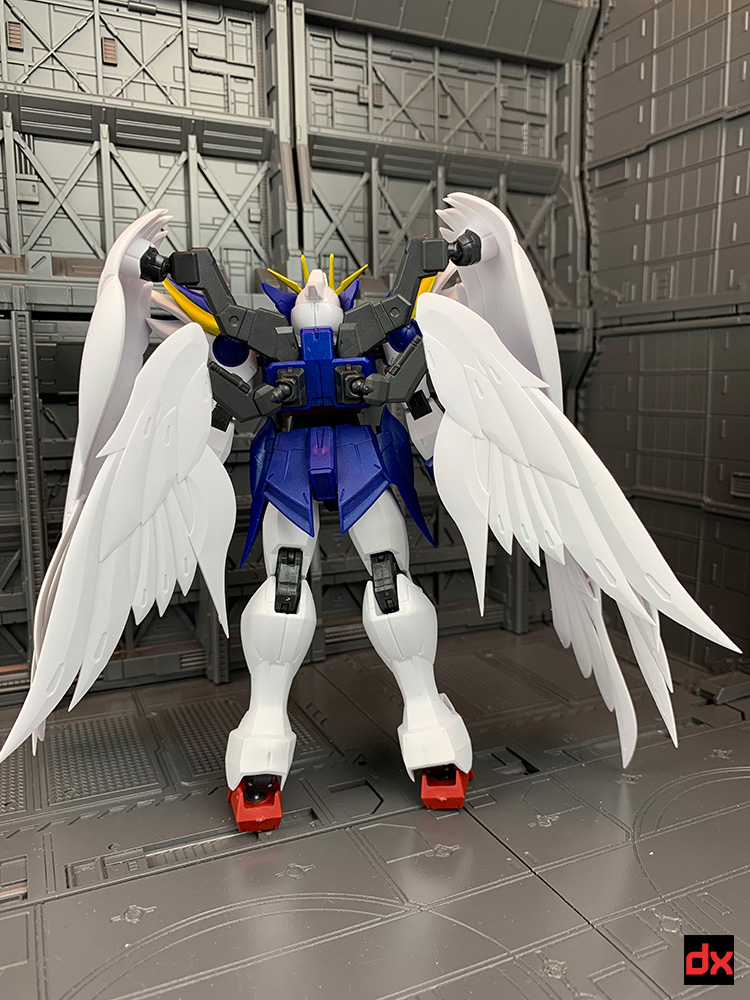 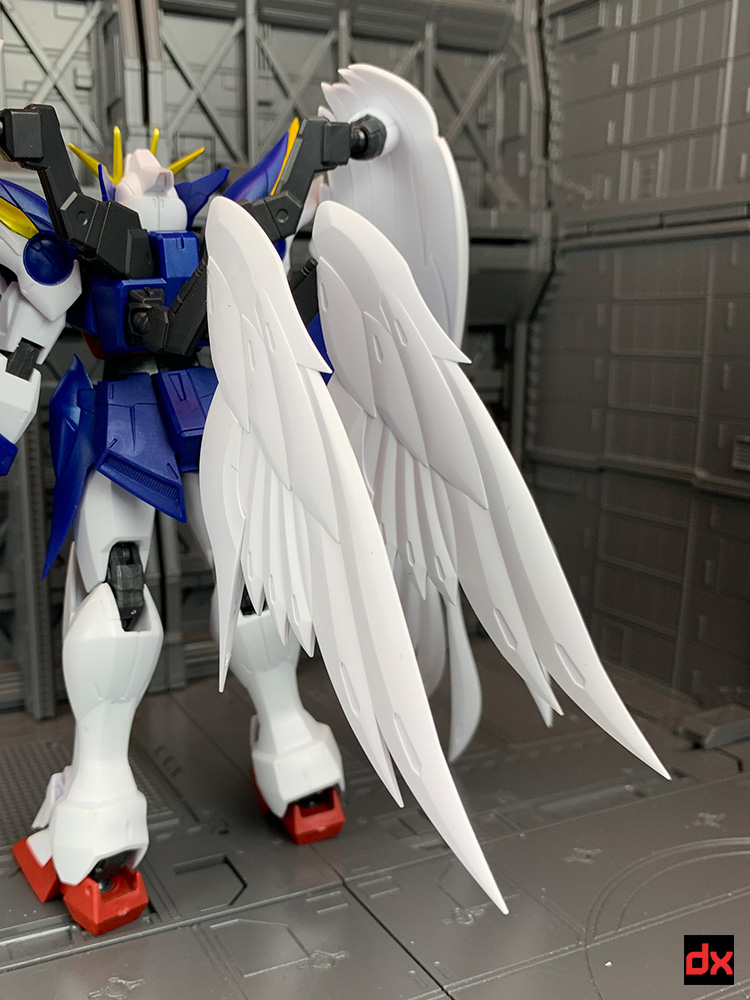 Once attached, the wings can spread out well, but the ball joints pop out if you try to get the big wings in front of the figure. Using the Tamashii Stand connector lets you get some good airborne poses out of him. 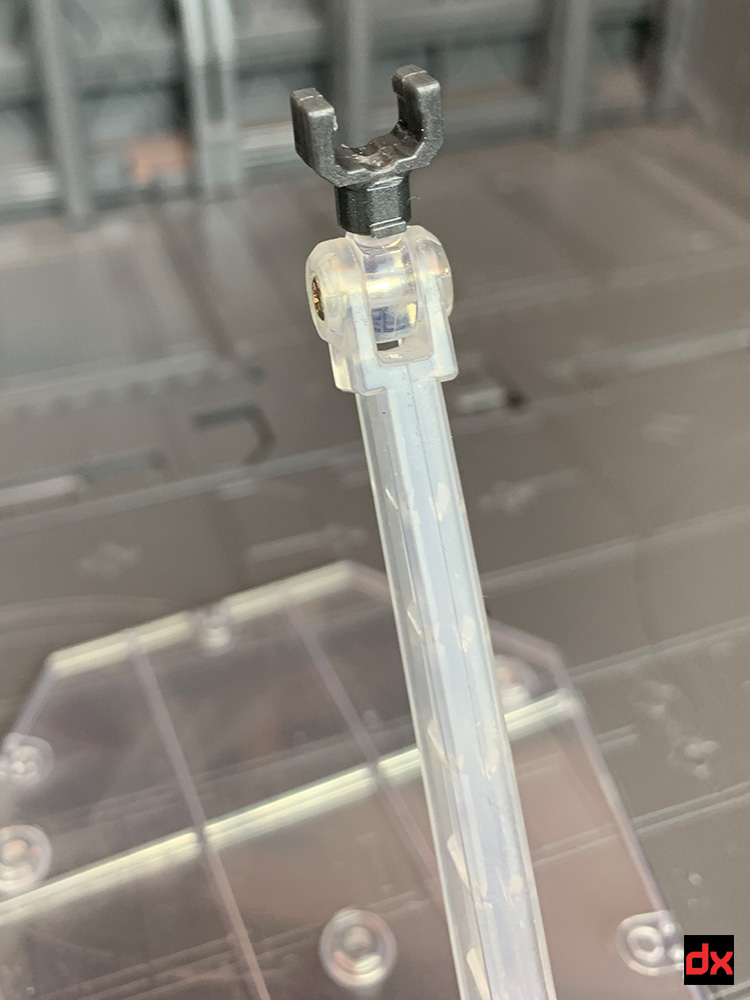 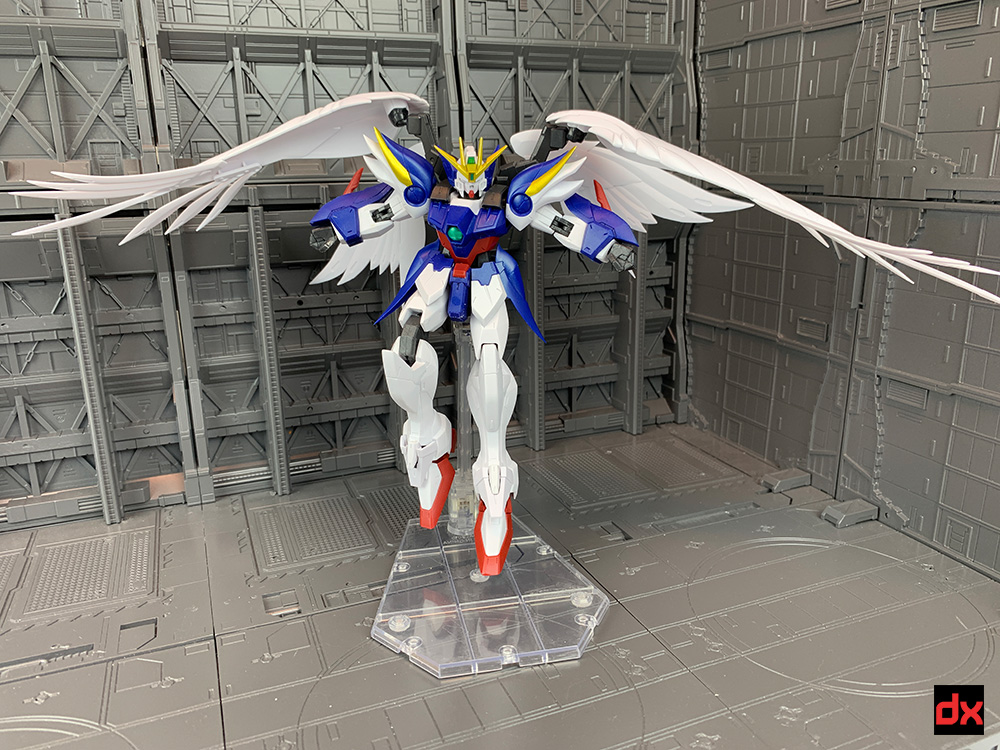 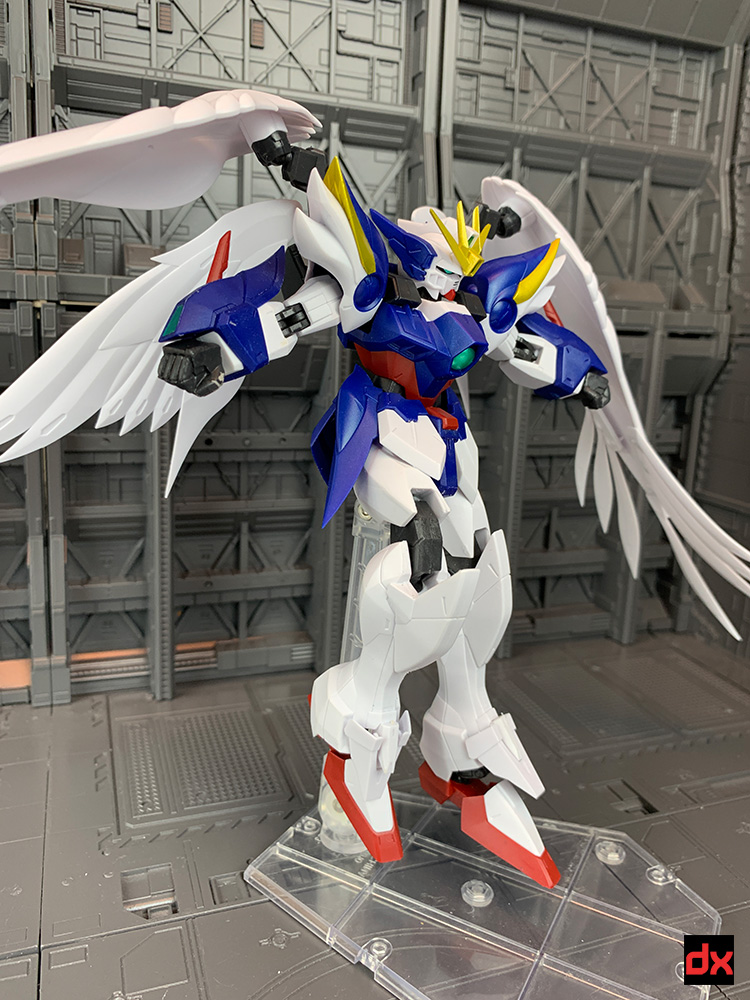 Once thing I noticed is that this sculpt is quite stylized as opposed to some other renditions I have seen. The shoulder parts have distict curves and flares, as do the hip armors.

Articulation is good, but the big wings need to move out of the way often. They can act as a sort of tripod for more dynamic poses. 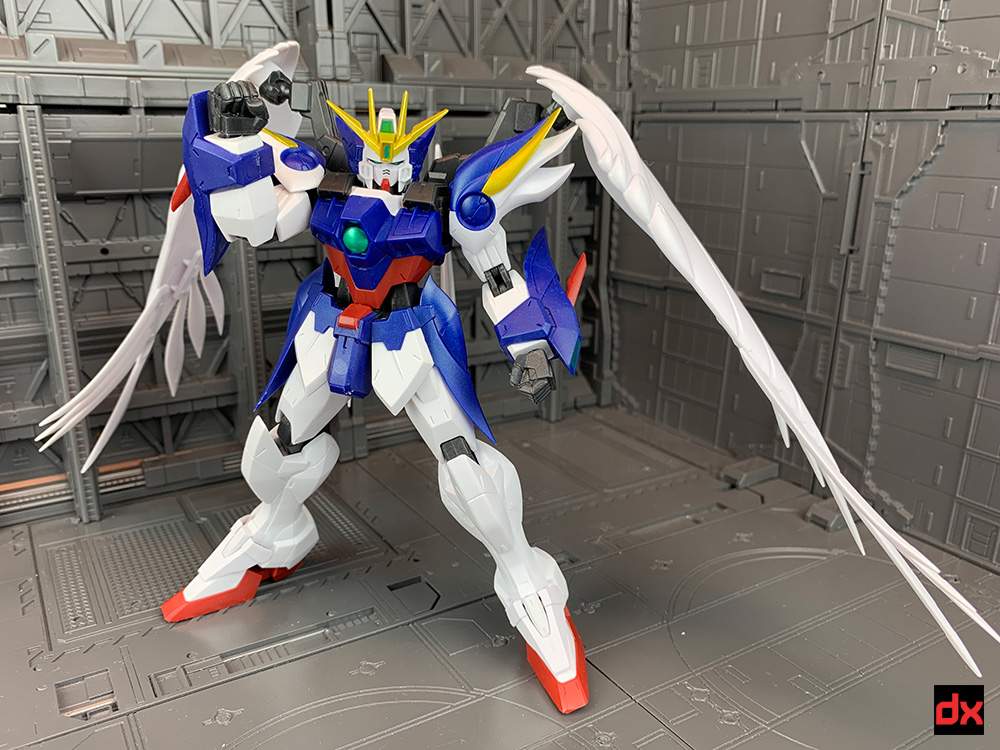 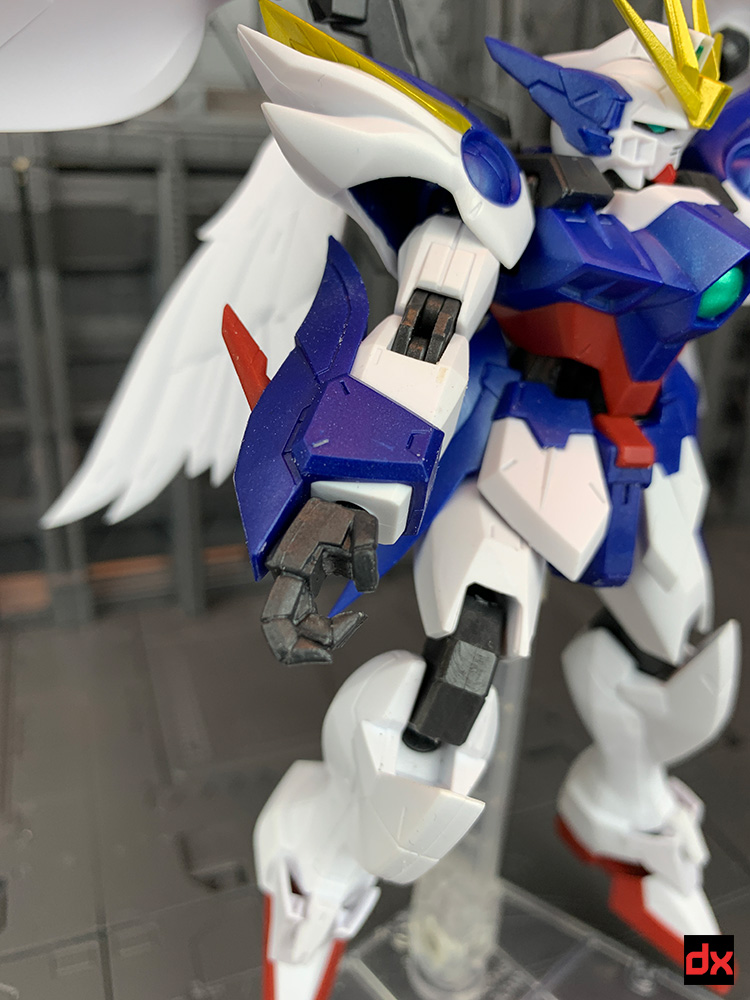 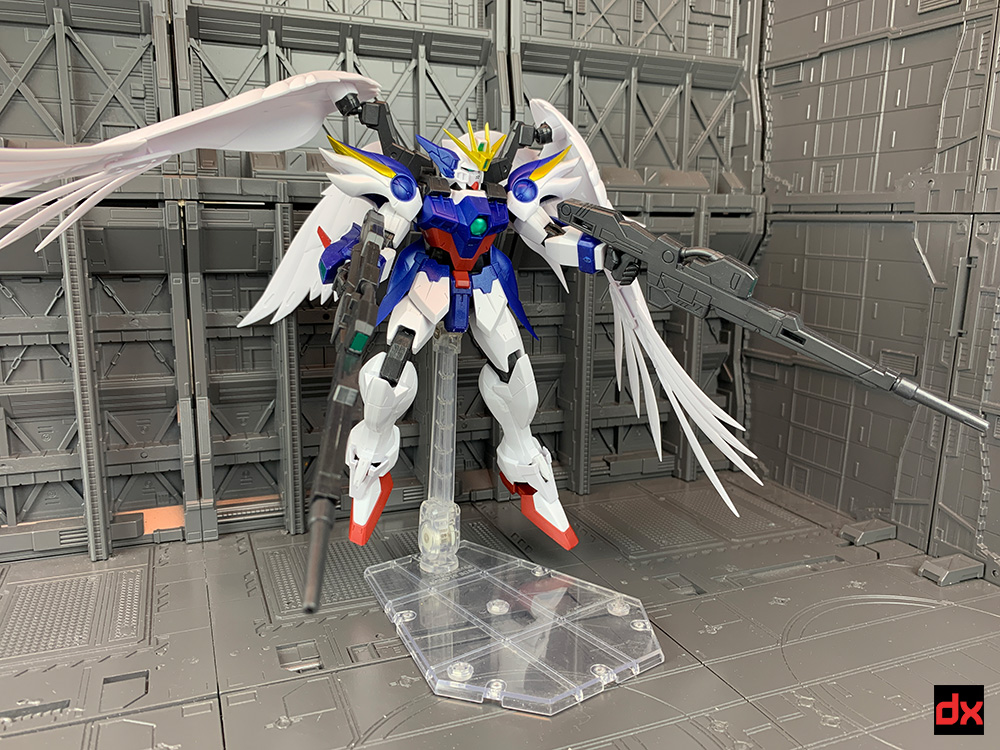 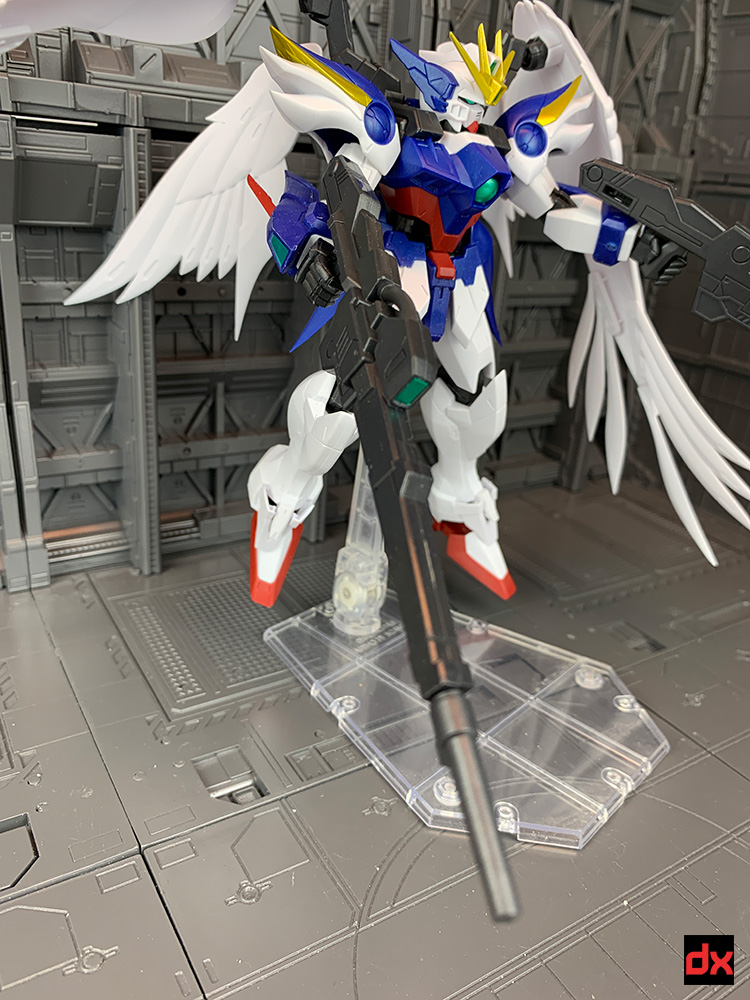 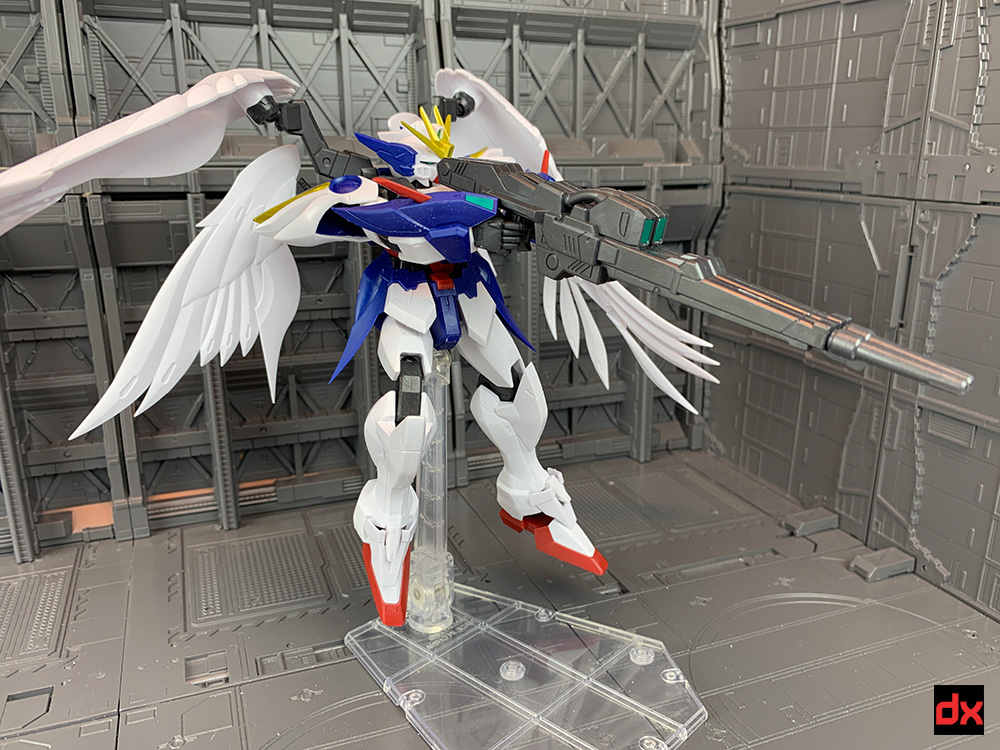 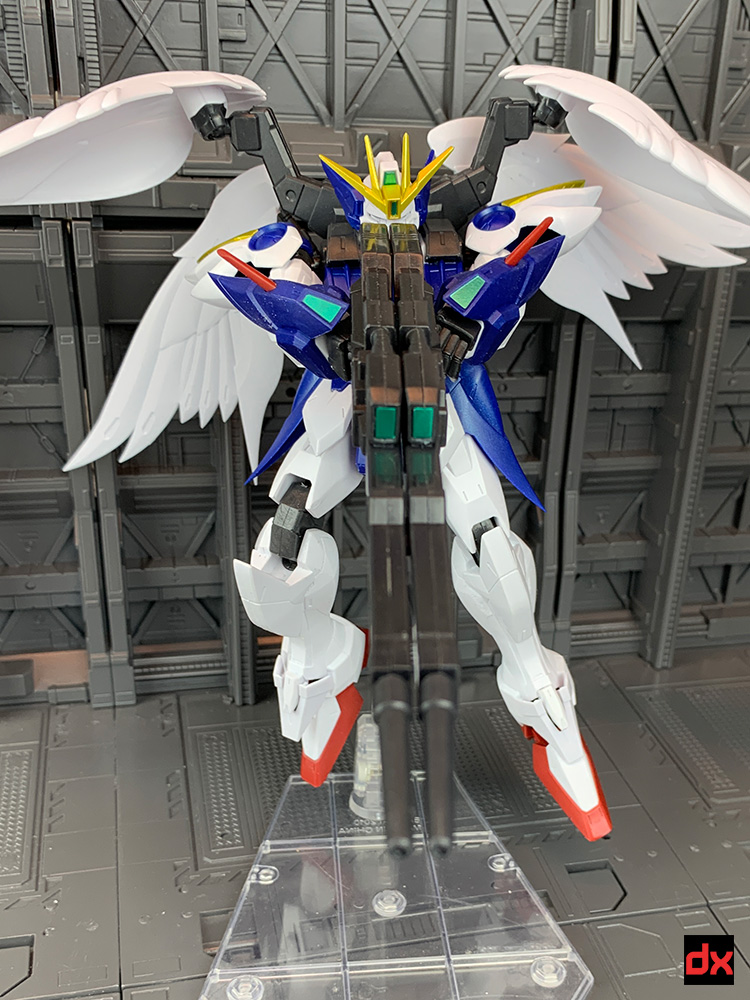 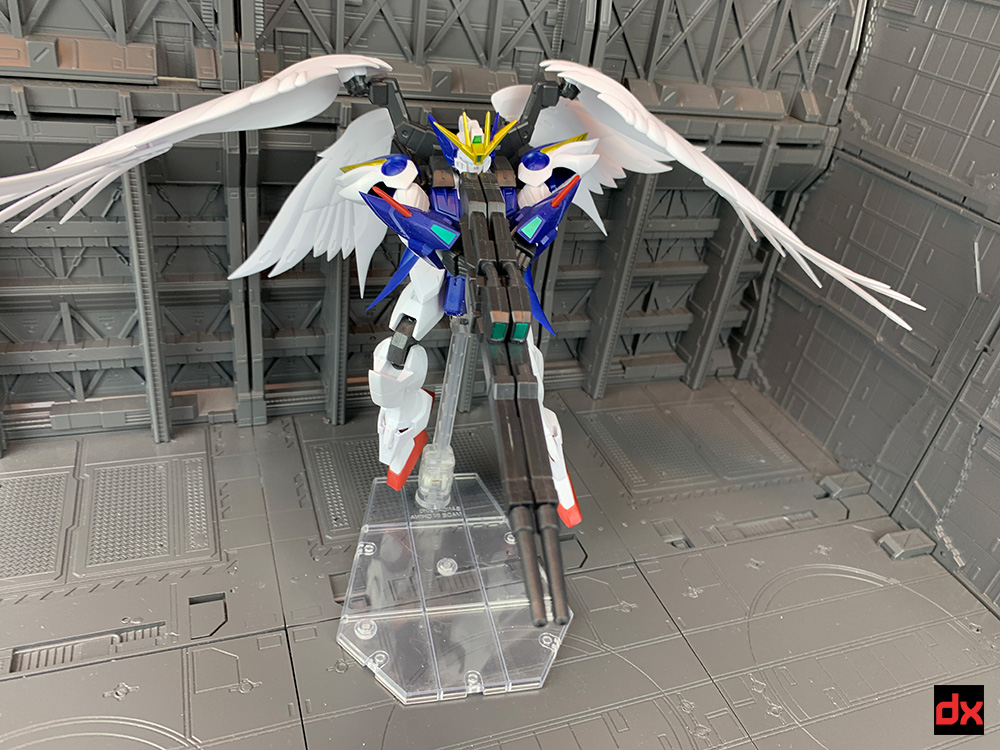 Overall I like it, but the figure omits any Beam sabers, as well as some critical articulation in the wings. For the price, it's good, but there are better options if you are looking for a more robust toy of the character. 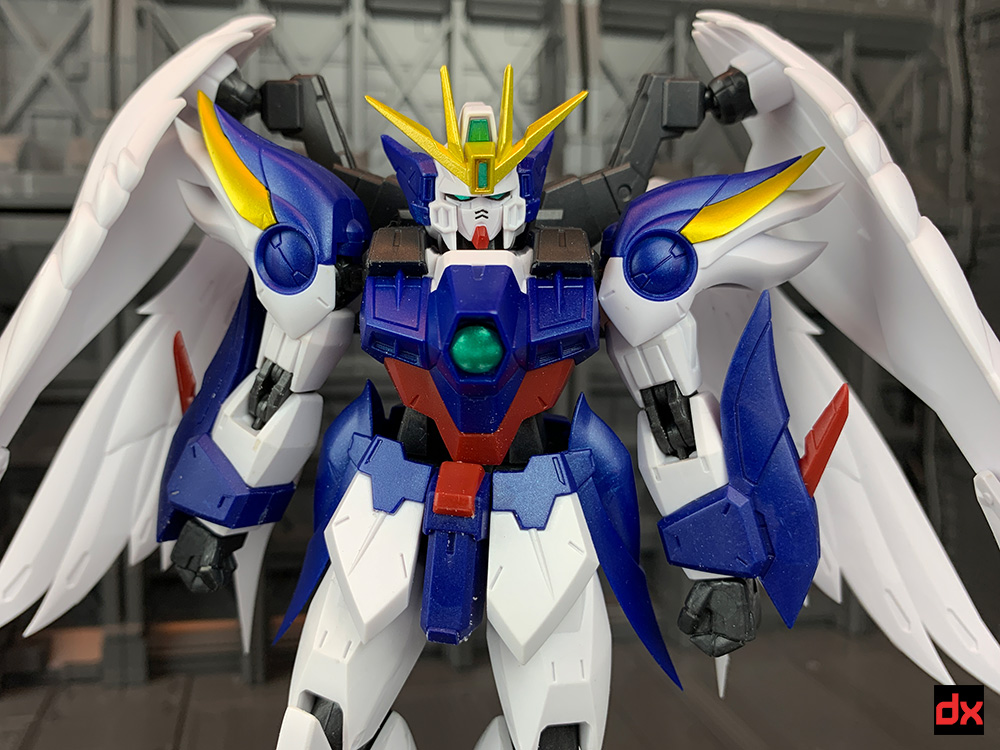