Unlike the dissapointing Gaiking the Great vinyl, I would actually recommend picking this one up. 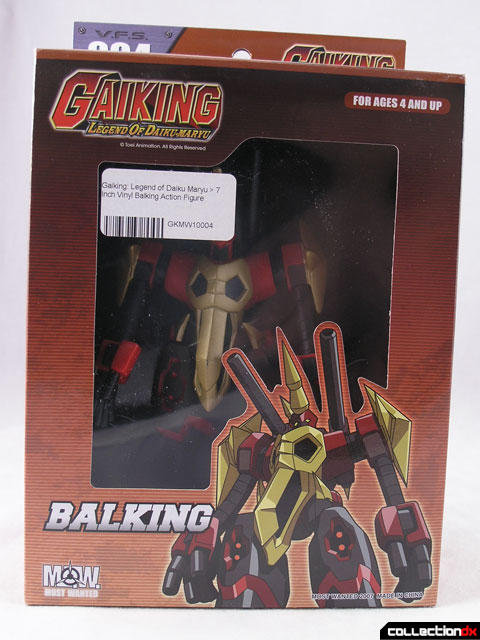 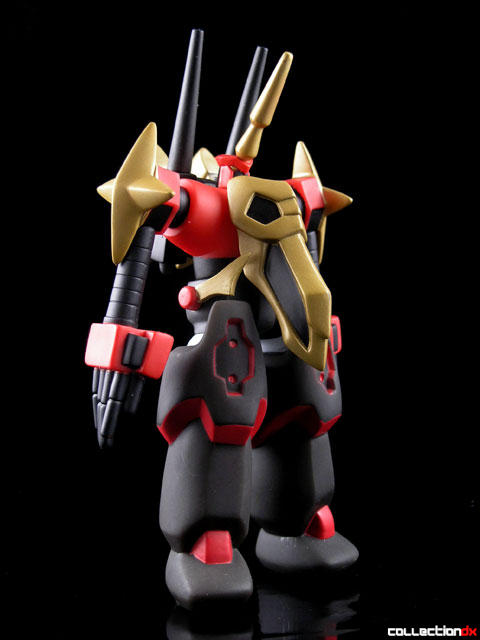 This vinyl toy is so much better than Gaiking the Great. That's not to say it is perfect, but it is much improved. 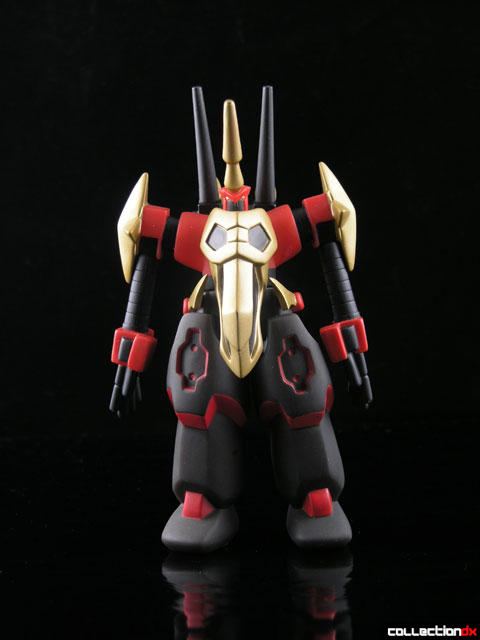 Balking stands 7" tall, but that's to the very tip of his guns. I really like the design of this character, and I think this sculpt captures it well. It still feels like it is lacking a bit of detail, but for this price point I don't miss it so much. 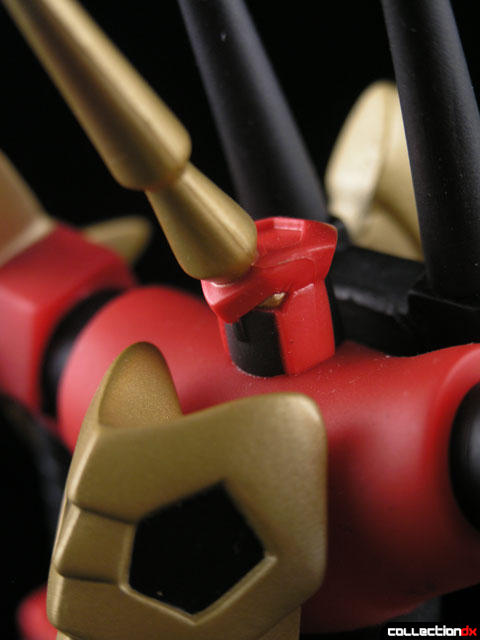 The paint is still not super, but it is a lot better with no noticeable overspray. What i did notice though were a few spots on the colored vinyl touched up with paint from the factory. There was also still rubs in the gold paint at any pointy spot. 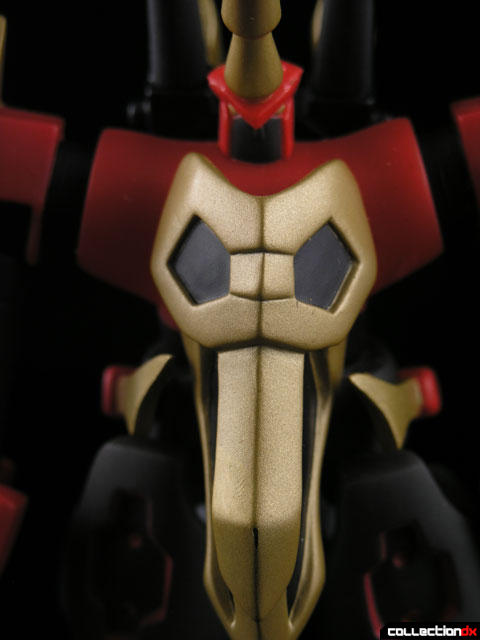 Articulation is limited to the shoulders, but they are easy to move and swivel all the way around. 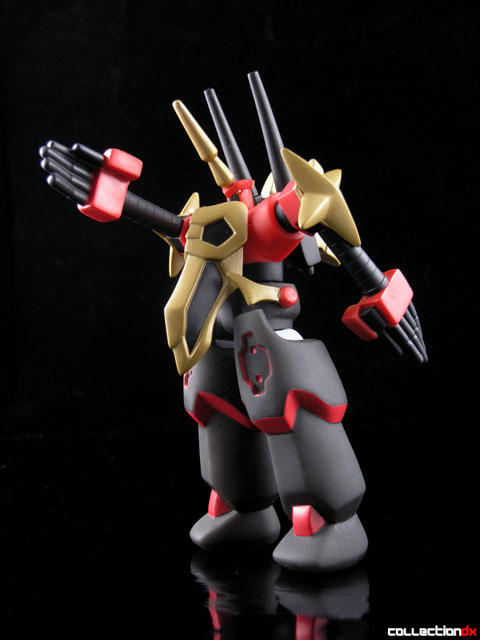 Oh, and this one stands level. So it gets points there. 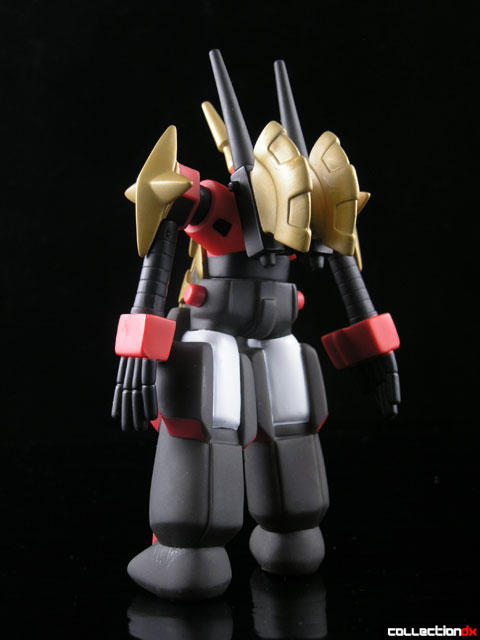 Lets be honest here, these aren't meant to compete with high-end Japanese vinyls. These are cheap toys made for the Chinese market that we happen to be fortunate enough to be able to get our hands on in the states. You could do worse with your $13.

Balking is recommended, and you can pick yours up at Toyrocket.com

I ended up acquiring this quite recently, along with it's sibling Raiking.
Vulking/Balking or whatever is really a great little figure for the money. The toy captures it's menacing feel very well.