Bucky O'Hare was originally a comic by Michael Golden and Larry Hamma which was first published in 1984. It gained populatity in the early 90s, probably due to the popularity of the also-anthromorphic Teenage Mutant Ninja Turtles, and got an animated series, video games, and a toy line. The whole thing is relatively unknown and unloved.

However the folks at Boss Fight remembered Bucky O'Hare fondly, and launched a revamped line as part of their first licensed property. One of the first things they did was produce a figure of Jenny, who was never produced for the original toy line, although prototypes exist. This version of Jenny comes from Series 2 of the line, showing her using her astral projection abilities.

The toy comes in collector friendly packaging, something I really appreciate. The back card is just held in place with tabs, and is easily removable. 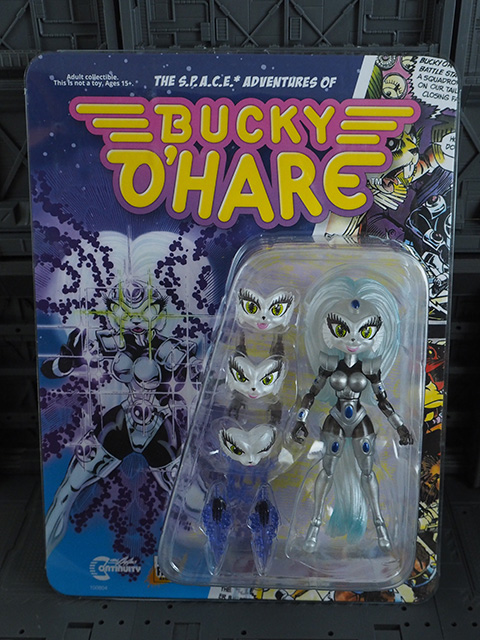 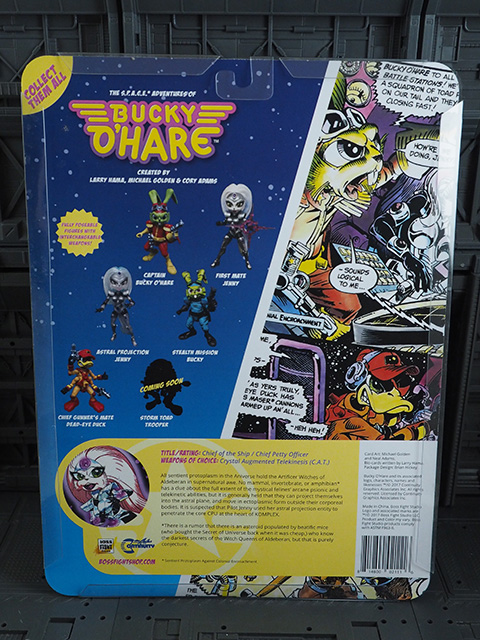 Creator Larry Hama actually wrote the bio on the back. This is cool, because Larry Hama is better known for writing all the GI Joe character cards on the back of the classic line packaging. 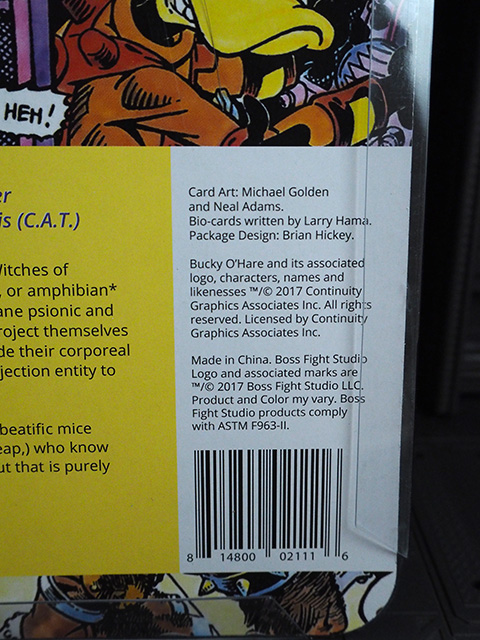 As it says above, this is a recolor of an existing figure. Each of the parts have been cast in a translucent plastic, but the sculpt and accessories are the same as the previously released figure.

Jenny does not come with a stand, but in a great engineering move, her tail can support most poses. Without her tail, the huge head would make her next to impossible to stand up without a stand. 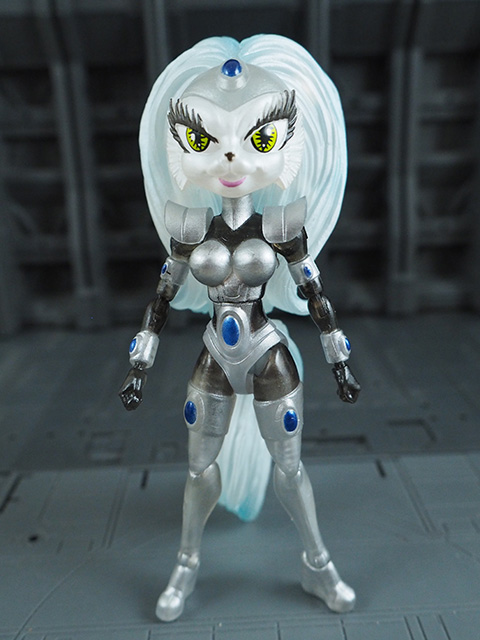 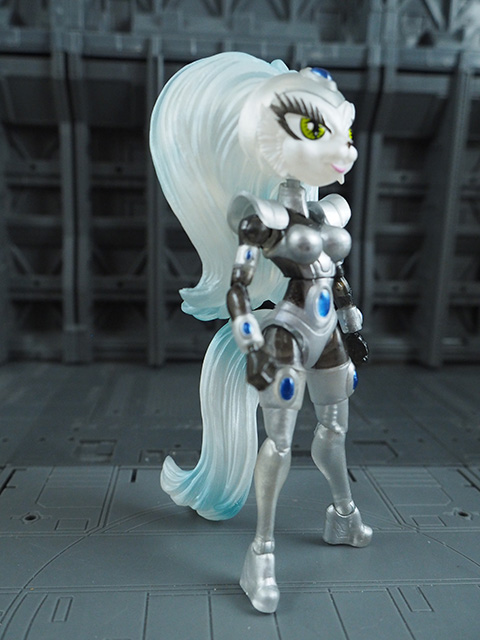 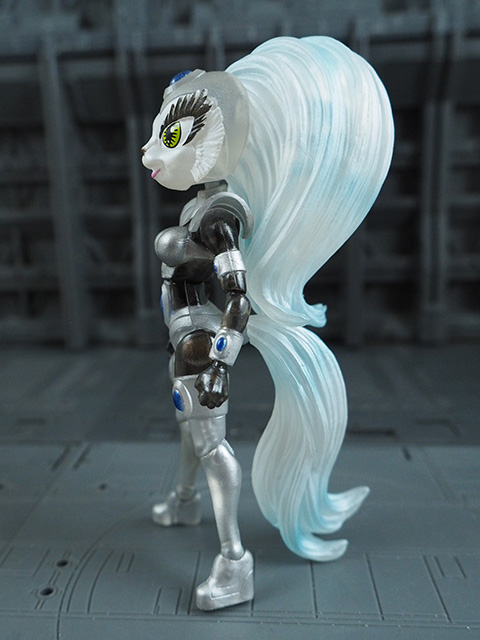 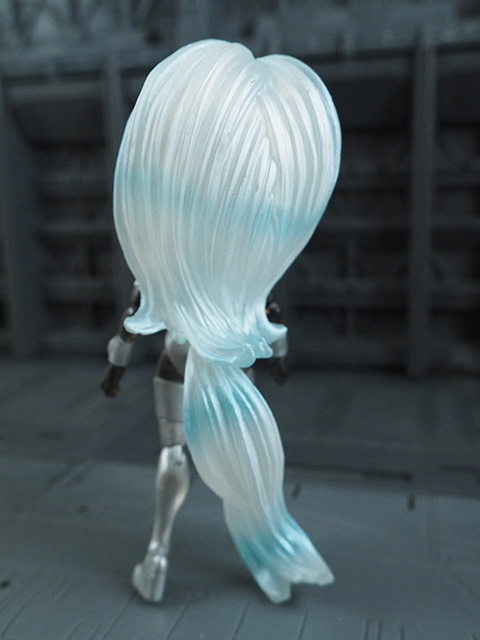 Articulation is pretty good, but again, limited by the design of the figure. Jenny uses the H.A.C.K.S. joint system, so, you have all the typical good jointwork. But the tail and the head just get in the way of it being truely dynamic. What you get is very good though, and good enough. 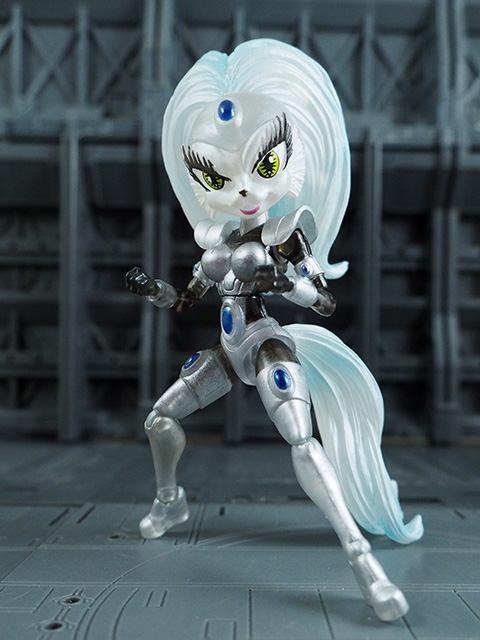 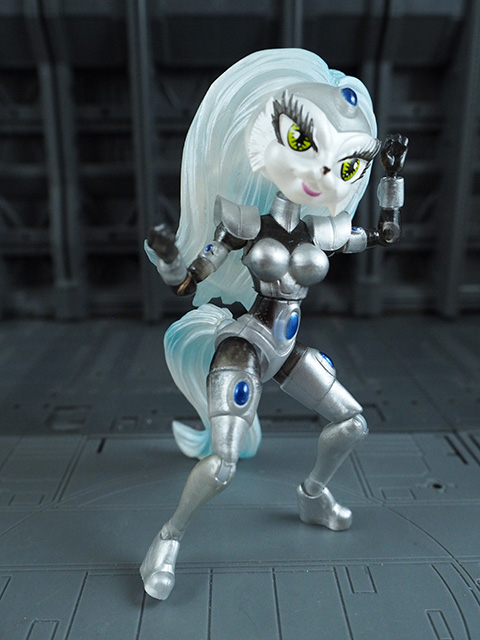 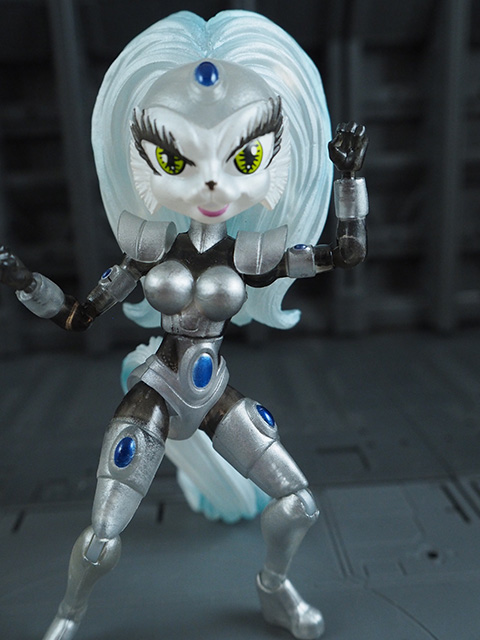 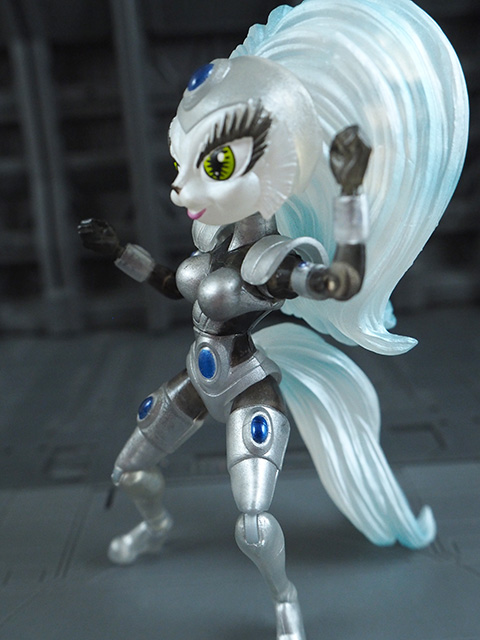 Four different faceplates are included, some with very subtle differences. from the top, clockwise, you have fangs, winking, normal, and angry. Swapping these out is very difficult, as the fit is very tight. 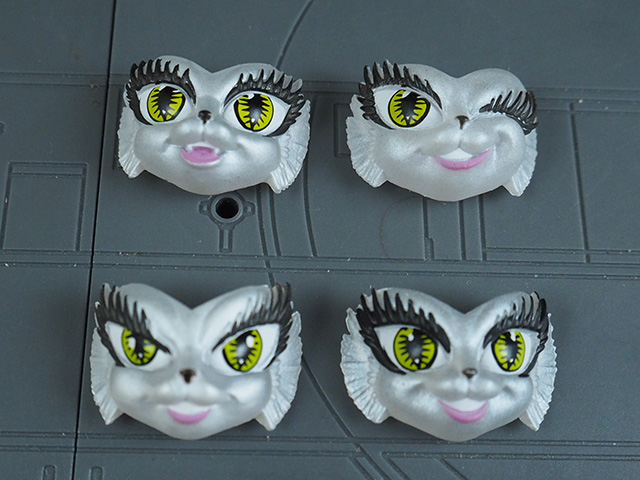 In addition to the variant faces, Jenny also includes very cool effect parts. The starbust parts slide over the arms and are just fantastic looking. Using them in conjunction makes her looks like she's conjuring some kind of spell. 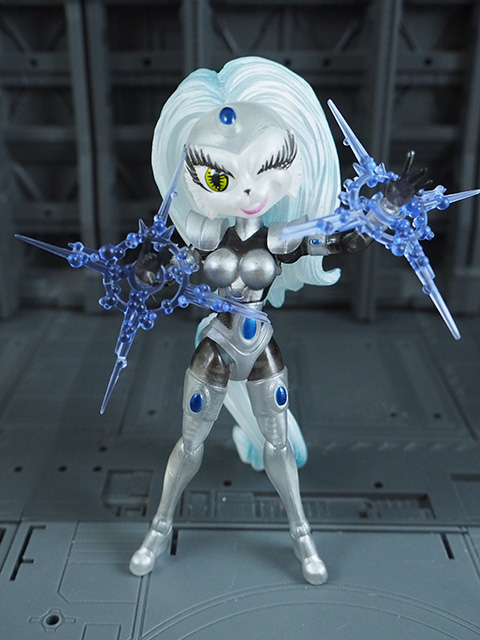 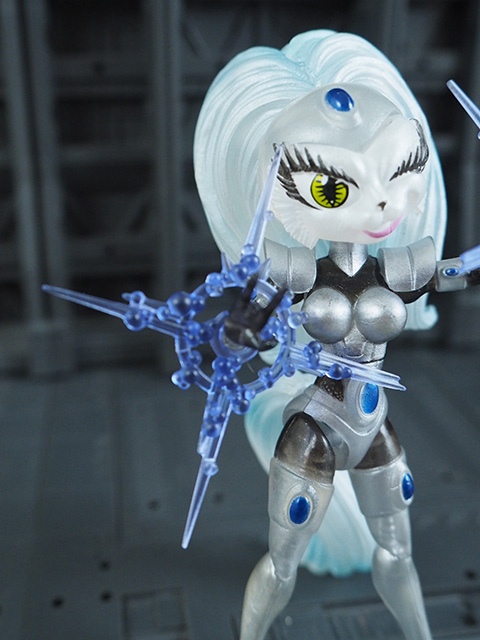 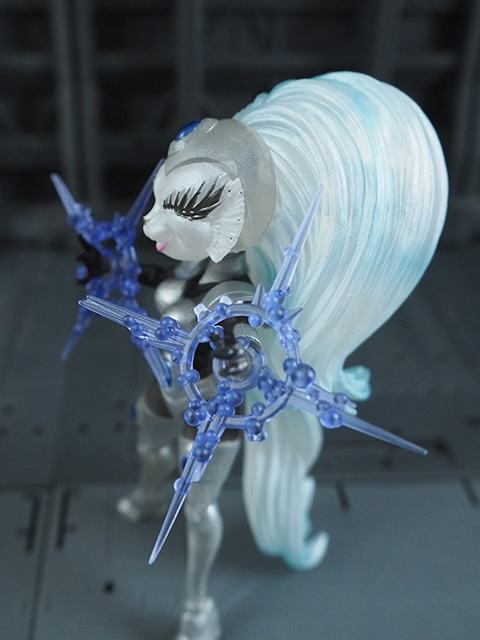 In addition to the starburst parts she has some energy blast effect hands. I like that the hands are a different color than the rest of the clear effect parts. 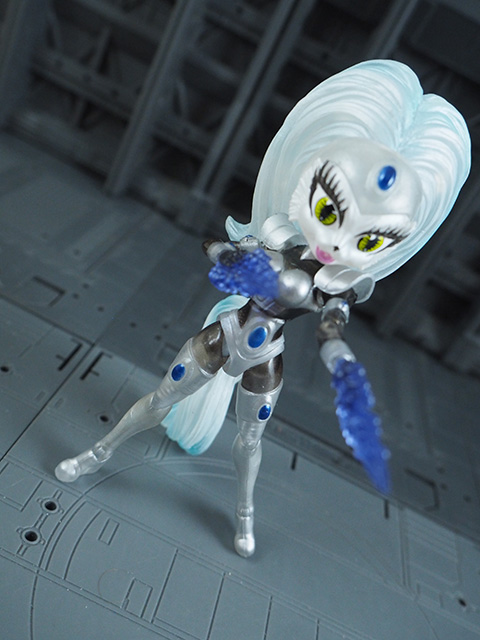 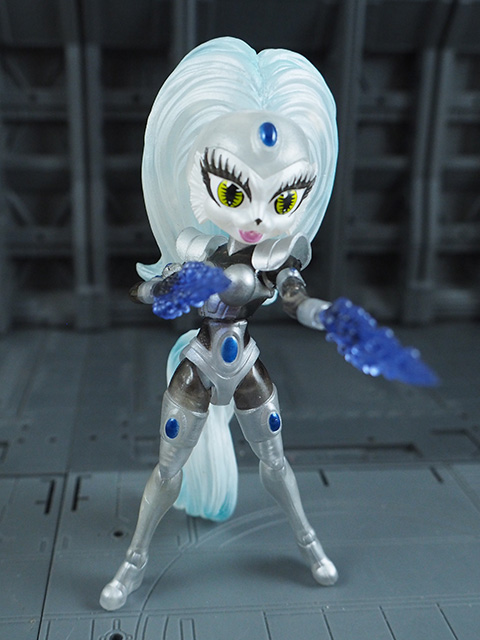 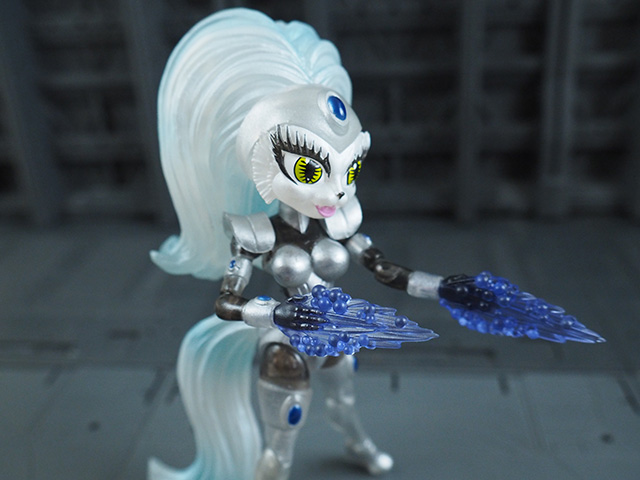 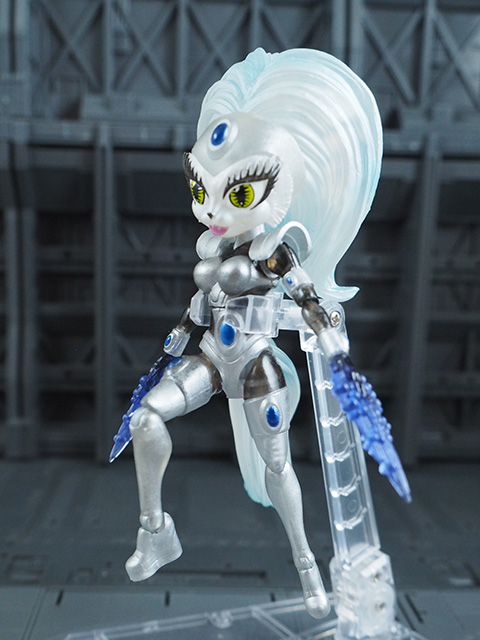 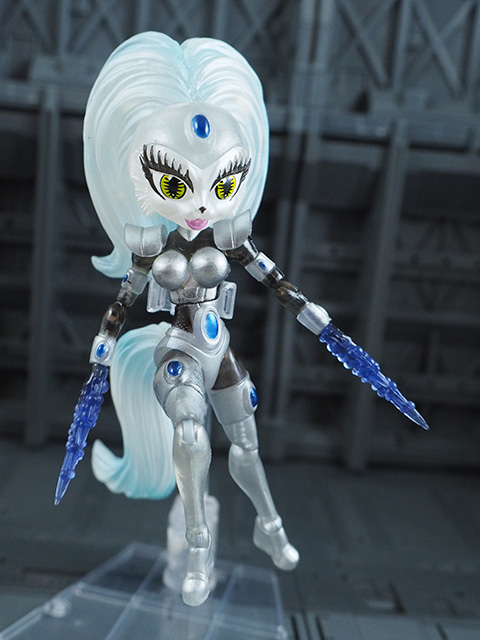 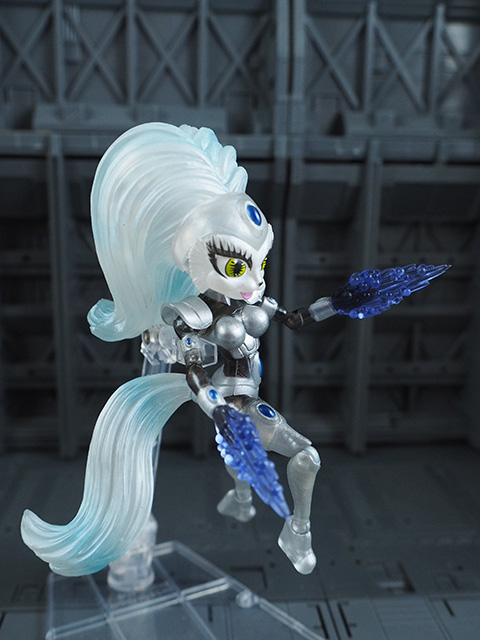 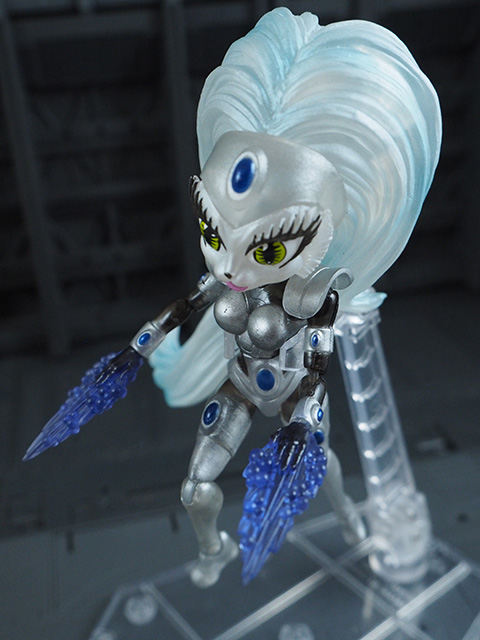 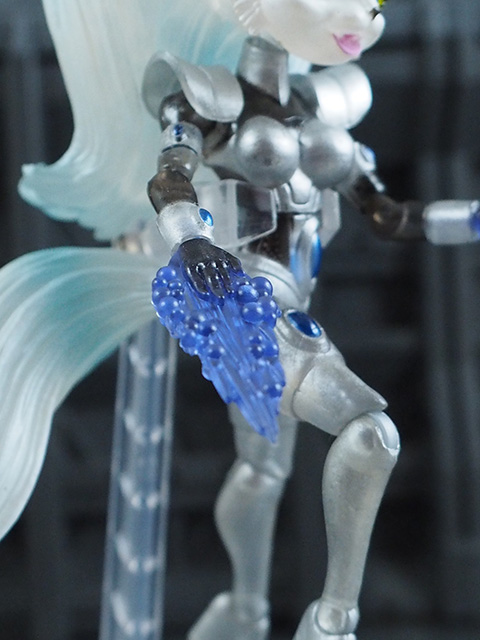 And if you use the parts together, it's just spectacular! 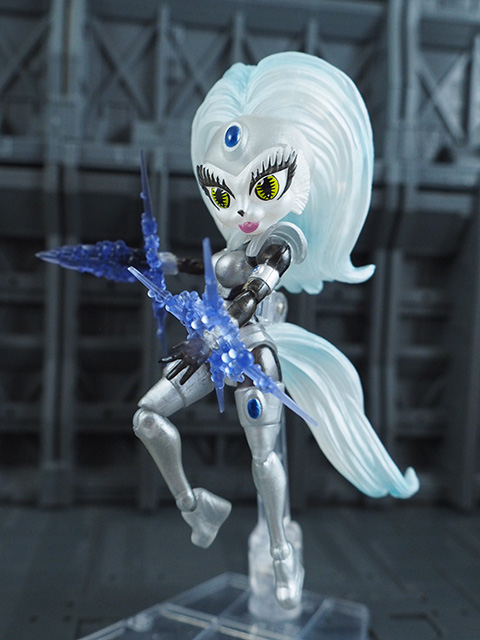 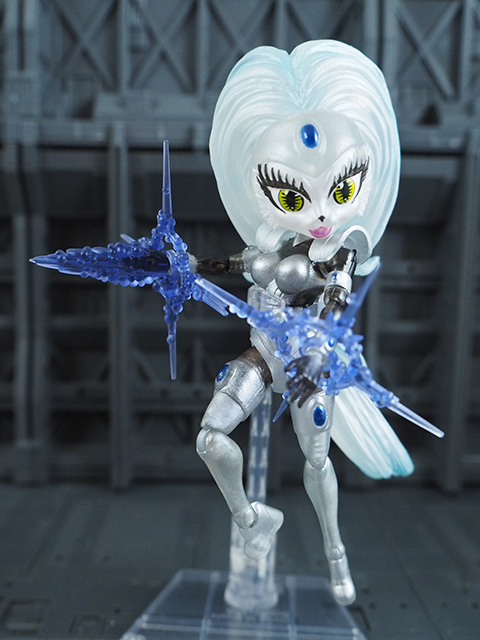 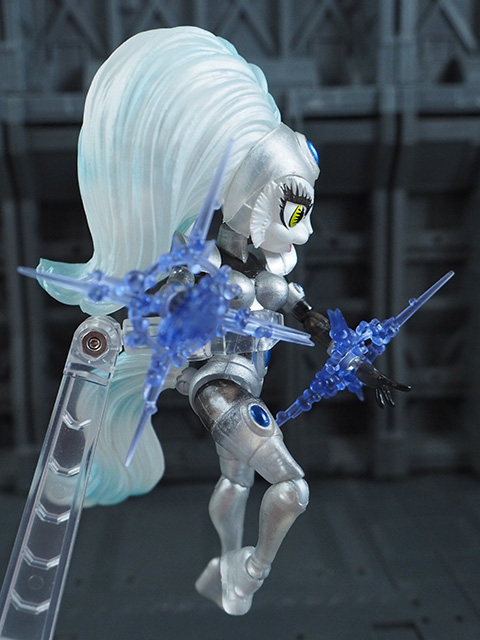 Despite not knowing much about the character, I really love this figure, much more than I thought I would. It's just so well made and fun to play with. It doesn't hurt that clear glitter is one of my toy fetishes. 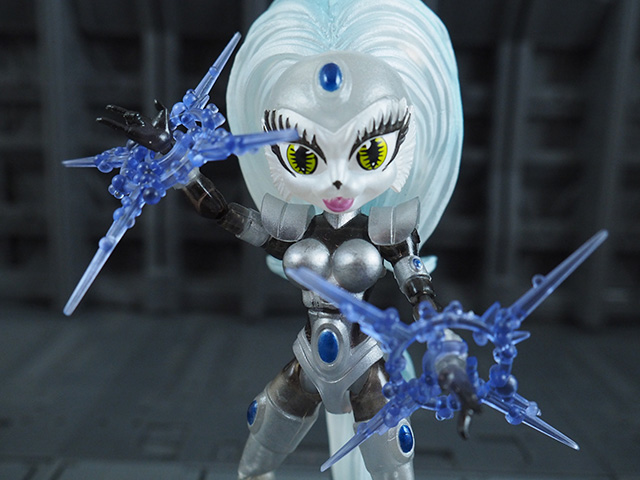 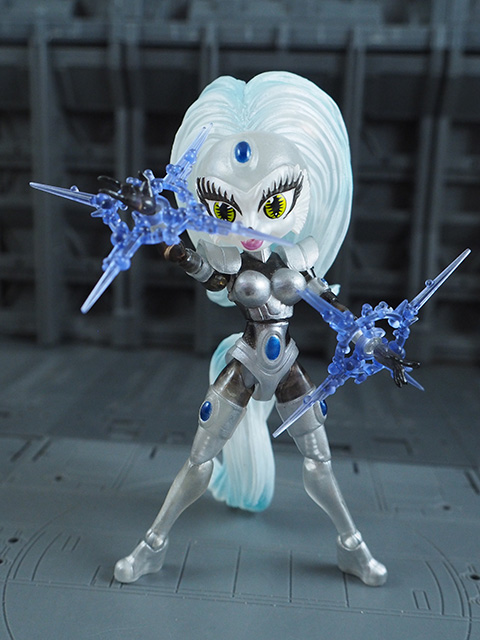 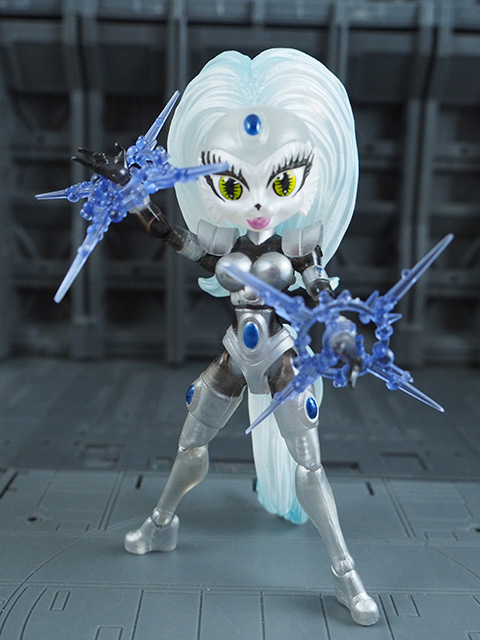 Thanks to Boss Fight for the review sample! Get yours here!