Ash is the Nostromo’s science officer, who happens to also be an android. He’s sort of the Lobot of the Alien line. Portrayed by actor Ian Holm, Ash is the conduit between the ship and the Weyland-Yutani corporation, and his android heritage is a secret from the crew until he is attacked by Parker. 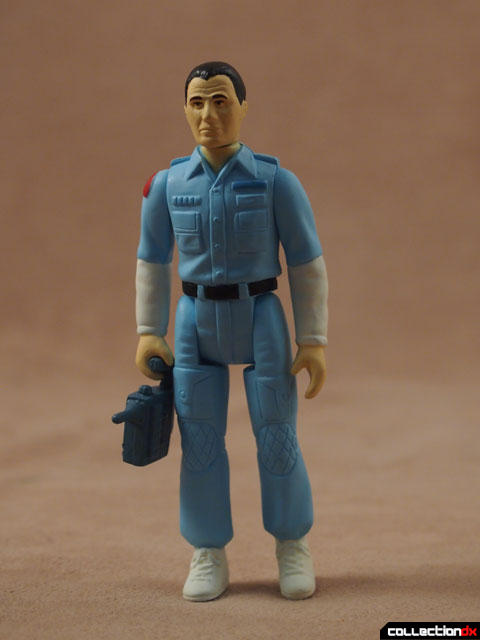 Ash is a simple action figure. The sculpt is nice, but there is nothing dynamic about him. He’s cast in blue PVC with multiple paint applications. Because Ash just rests in the bubble against the card, the elbows and back of the figure have scuff marks where it rubs against the card. 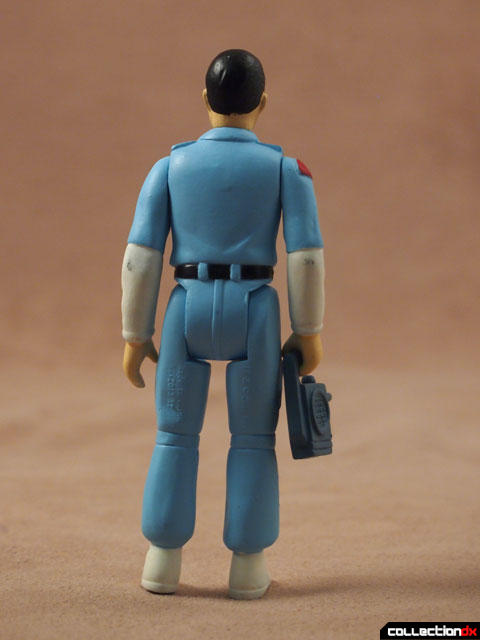 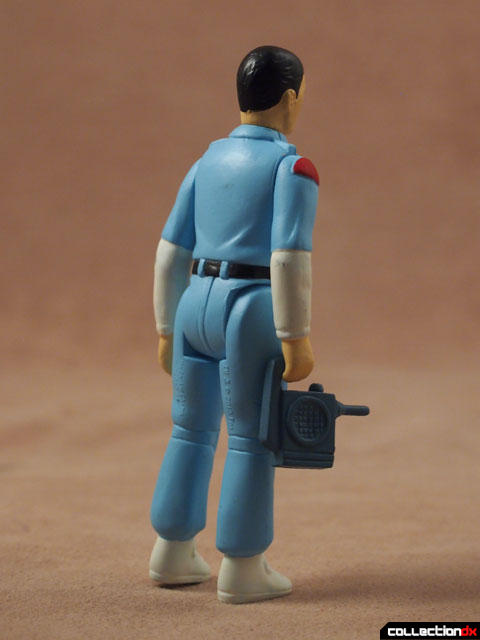 The lone accessory included with Ash is his Motion Detector. 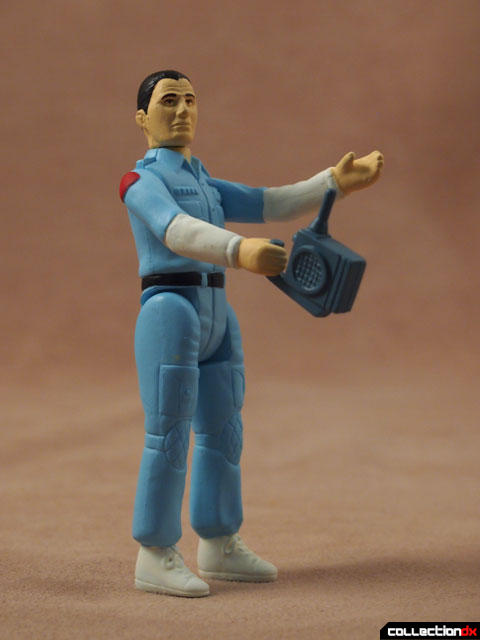 One thing I noticed is that while all the other figures in the Alien line have the characters photo on the front, Ash does not. Instead he has an image of a generic Alien. Perhaps they could not secure the license for use of the actor’s likeness? 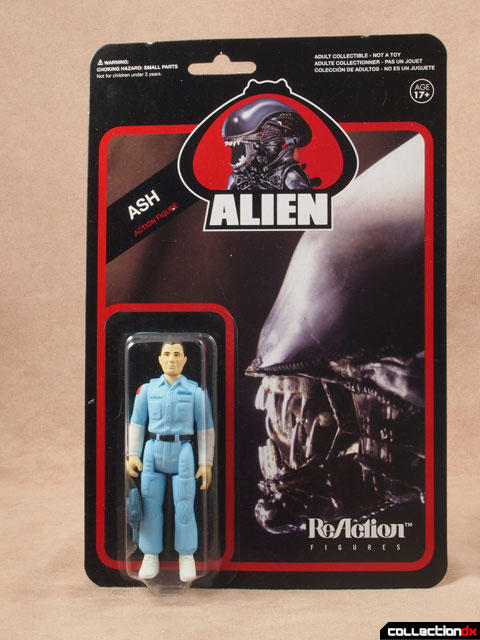 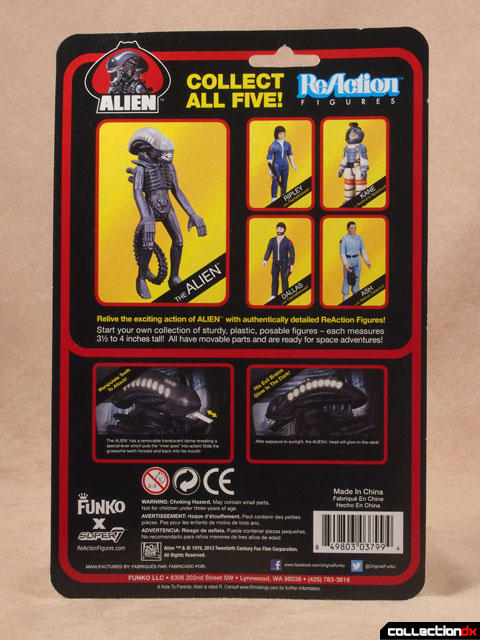 Does he have removable head action?