The Armorvor is the newest addition to the Glyos universe and toyline.  The Armorvor started off as a resin prototype designed by Matt Doughty and Marty "The Godbeast" Hansen and sculpted by Jason Frailey.  Matt has written an excellent history of the Armorvor's development that is worth checking out for a look behind the curtain on the Glyos Blog.  The resin offerings were popular enough even at a very high price that the Armorvor was put into PVC production, with two releases so far. 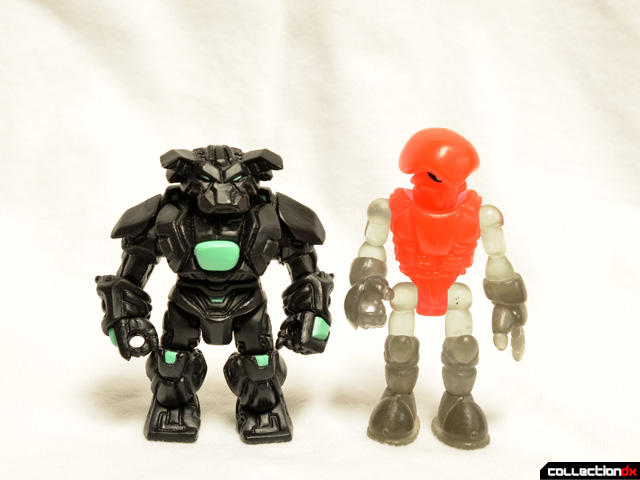 The Armorvor stands around two and a half inches tall, slightly shorter but much stockier than a regular Glyos Traveller. 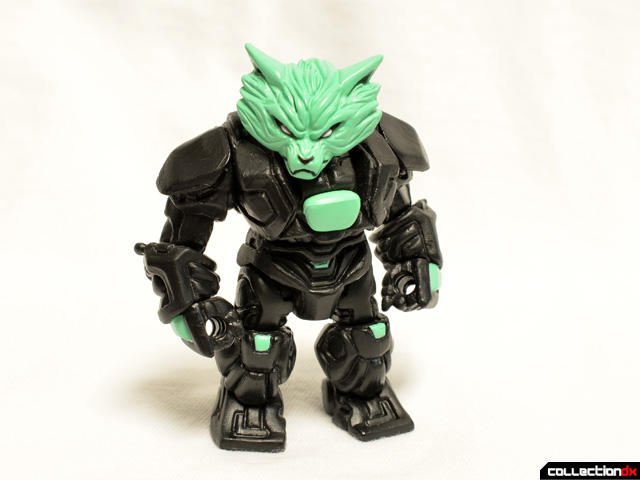 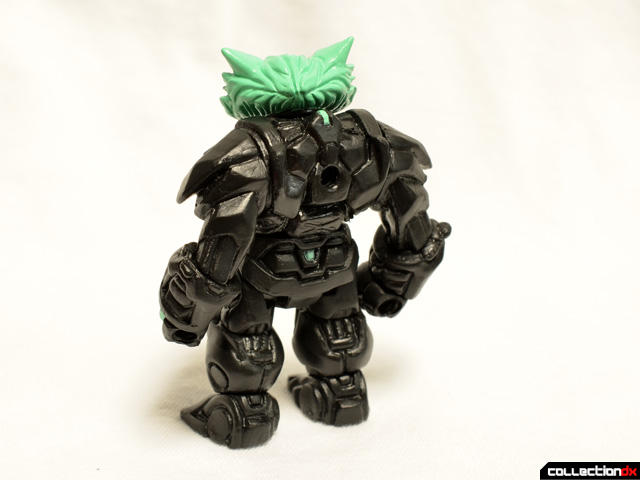 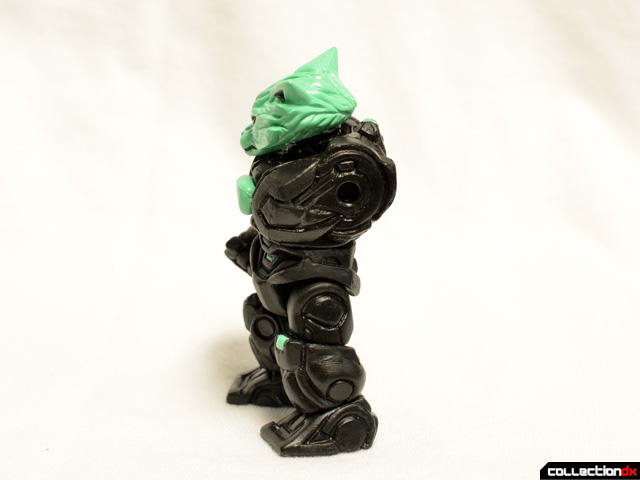 The Armorvor was heavily inspired by the classic Takara toyline Battle Beasts, and the sculpt reflects that inspiration and a true passion for the idea of animals in techy armor.  The sculpt is chunky and rich with much more detail than a traditional Glyos figure. 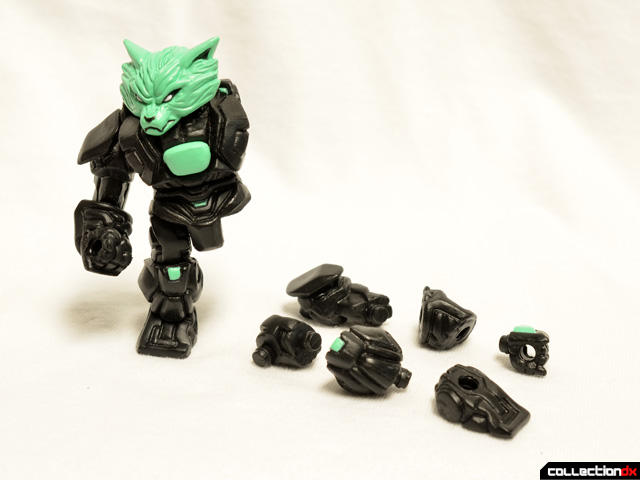 Like all Glyos System toys, the Armorvor breaks down into individual interchangeable components, which also allows for a great deal of articulation on such a small figure. 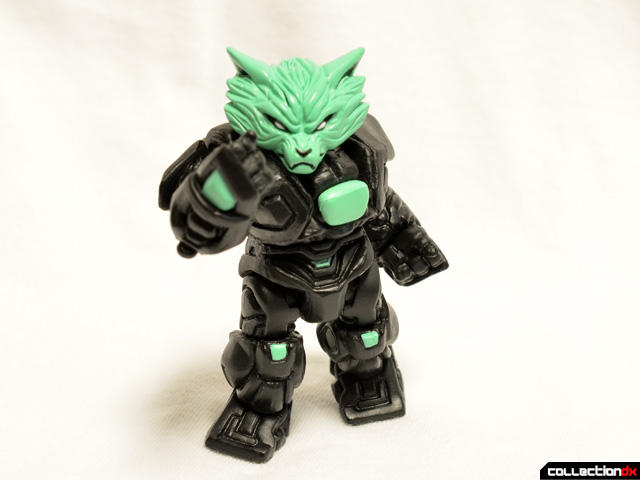 Not only do a lot of parts move, but the cuts of the articulation make for a fun and dynamic toy.  The Armorvor always looks pissed off and ready to hurt something. 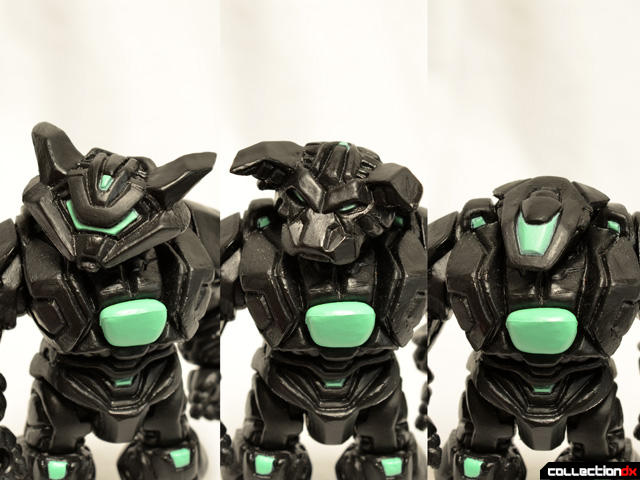 There are three heads included with the Armorvor.  The large helmeted head is reversible, for a total of four head options on one figure.  My favorite design is the middle doggy-head. 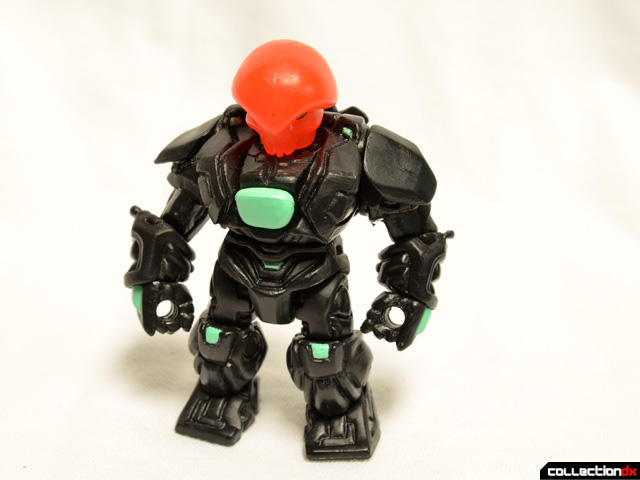 The Armorvor parts are all compatible with other Glyos toys based on the joint design, but I'm not so convinced that the sculpts and aesthetic are really compatible.  The shorter and heftier proportions and more dynamic cut angles of the Armorvor make it tough to combine the parts with regular Glyos Travellers.  I would love to see people come up with some great weapons for their Armorvors using Callgrim parts, though. 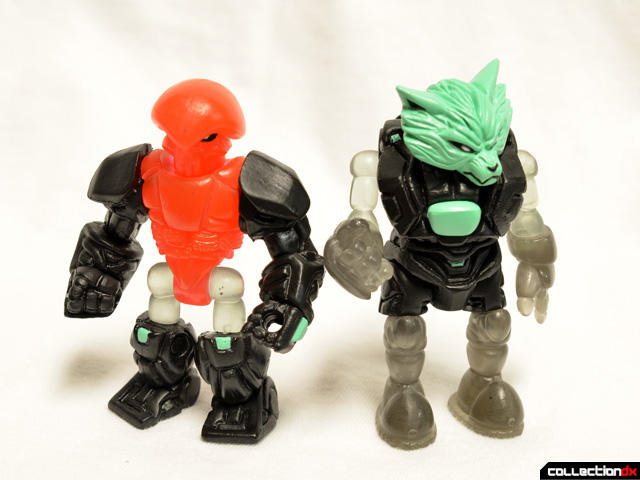 While they are technically interchangeable, I see the Armorvor more as a standalone figure that happens to be modular and come apart. 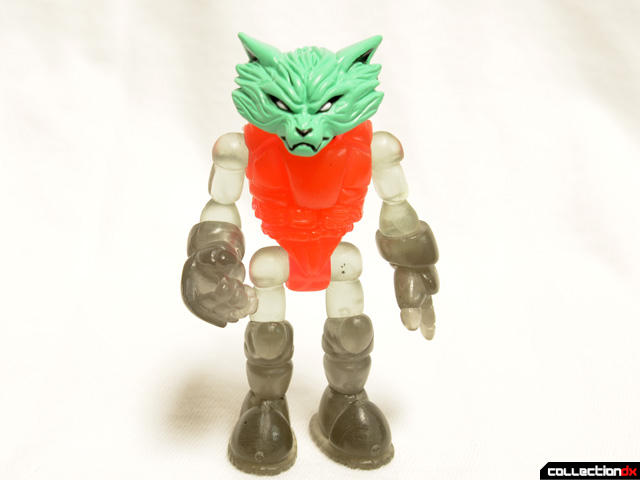 The woof head does look alright, if a little large on a Traveller body.  I am sure we will see lots of beasty Glyos customs in the future. 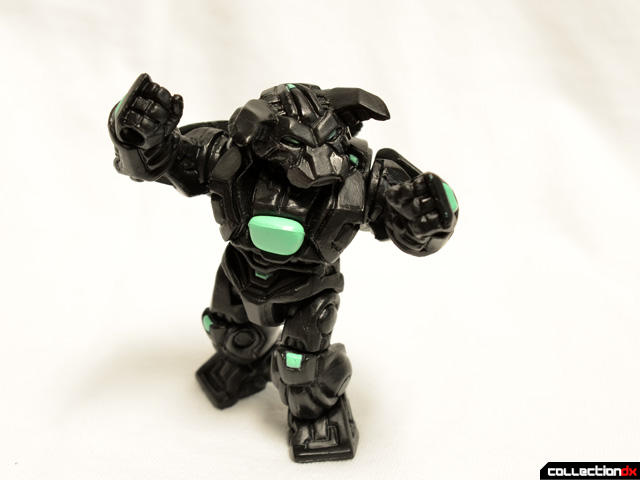 The best thing about the Armorvor is that, even though it is a chunky and detailed figure, it is still only $8.  For a fully articulated homegrown figure, that's a fantastic price point.  There are not currently any Armorvors for sale on the Glyos Store, but more have already been confirmed for a future release, so keep an eye out if you like what you see.

2 comments posted
Not a knock on Glyos but...

When I looked at the picture the first thing that ran through my head was "Oh they're bringing Battle Beast back". Matt seems to be a really cool guy from everything I keep hearing in the toy community, and I wish him continued success with Glyos.

AWESOME. Dunno how I missed that, but I'ma be sure to keep track of when they're bringing that mold out again.