Over the past year or so, Iron Factory has moved from producing add-on parts for transformers, to producing high quality Legends-scale Transformers. With each release, the quality of the figures has increased exponentially. The Armored Tactical Staff is no exception. 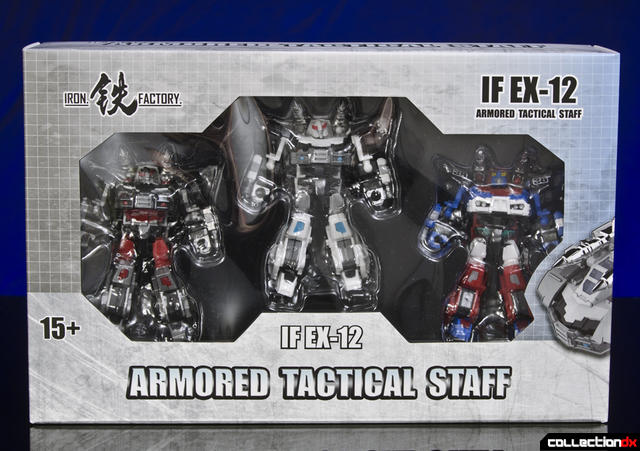 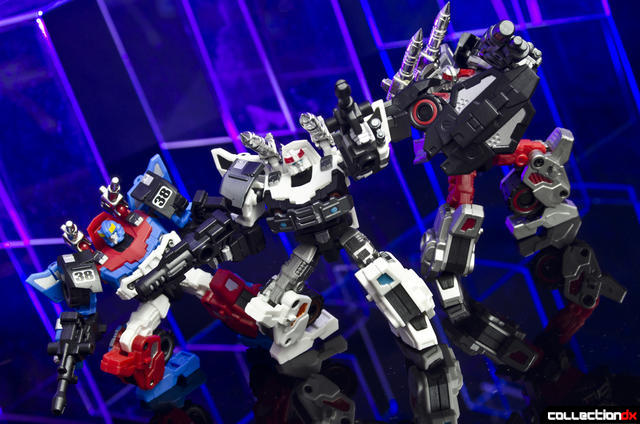 This set pushes the boundaries of what a legends class Transformer can be. The figures have all of the features and articulation that you would expect from a full size release, with a full size price tag to match. 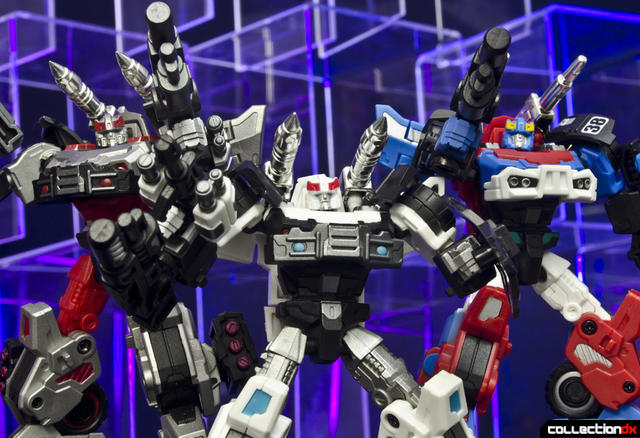 So, can a legends scale Transformer live up to a $70 price tag? Well, that's subjective, and a lot is up to personal taste. Hopefully after reading this review, you'll have a good idea if these are for you. 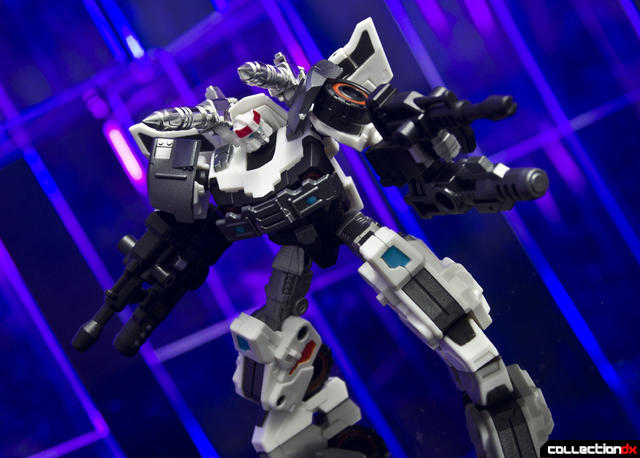 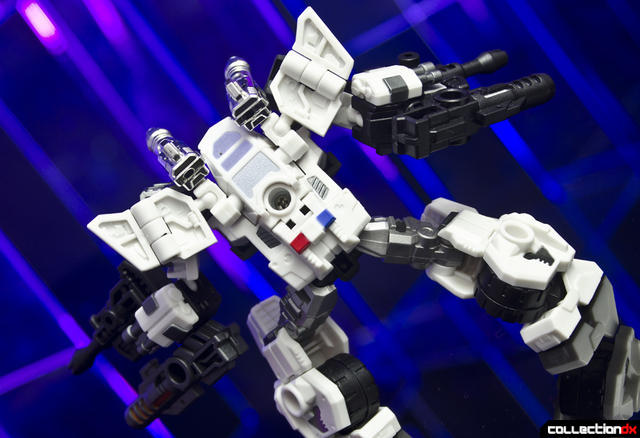 The set comes with three figures and fifteen accessories. Each figure comes with a large cannon, a medium cannon, a pistol, and a clean back pack for un-armored mode (no wings or cannons). The set also comes with two rocket pods and a shield. The three large and three medium cannons all have unique paint apps, making each of the six weapons different. All of the weapons can be attached to the figures in a variety of ways via 5mm ports that makes each figure feel unique. 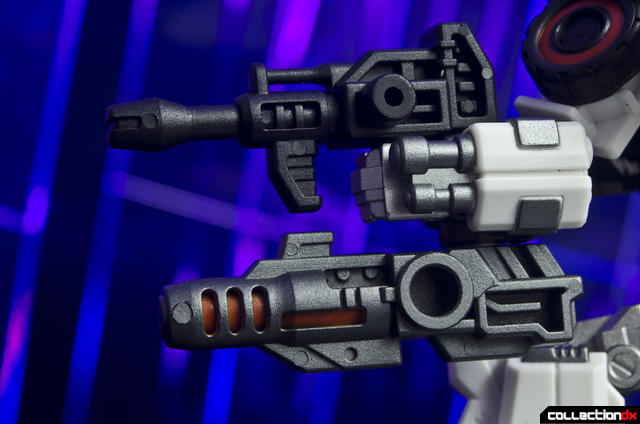 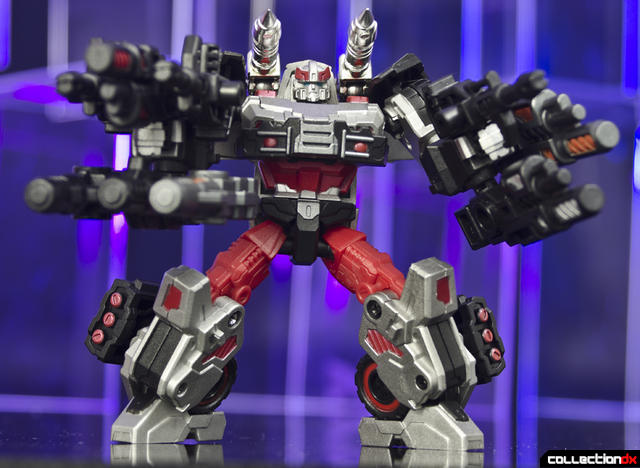 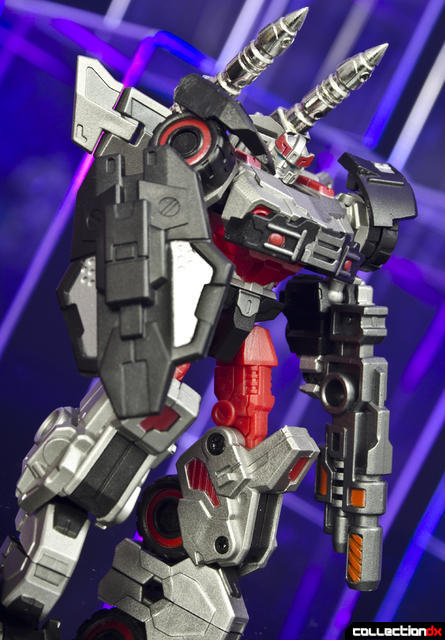 The paint apps for the most part are well applied. The figures are small, so some paint errors are to be expected. There are a few areas of under or over spray, but you really need to be looking for them to notice it. 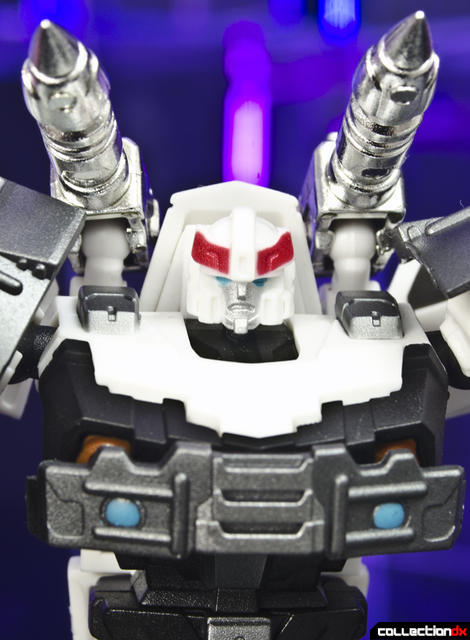 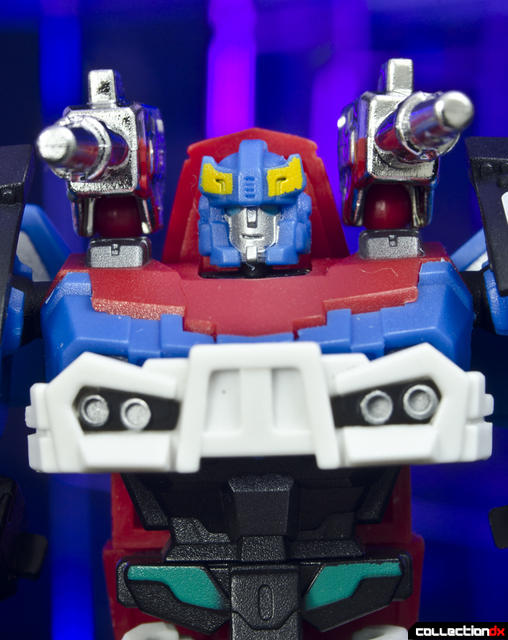 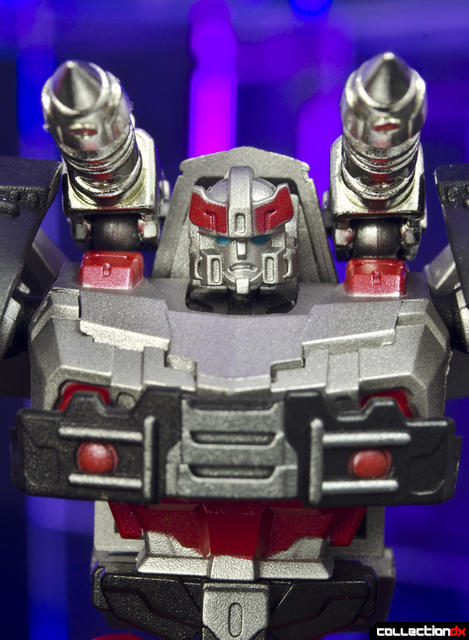 The three figures are basically carbon copies of each other with the exception of smokebomb who has a unique face, shoulder cannons, and grill. All of the figures have removable armor bits on the shoulders, chest, arms, and back. The removable armor makes it very easy (and fun) to customize each figure. My only gripe is that shoulder bits are somewhat easy to knock off when posing the arms. 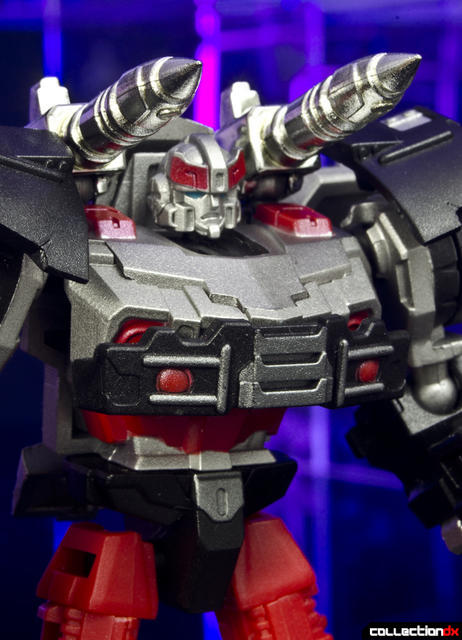 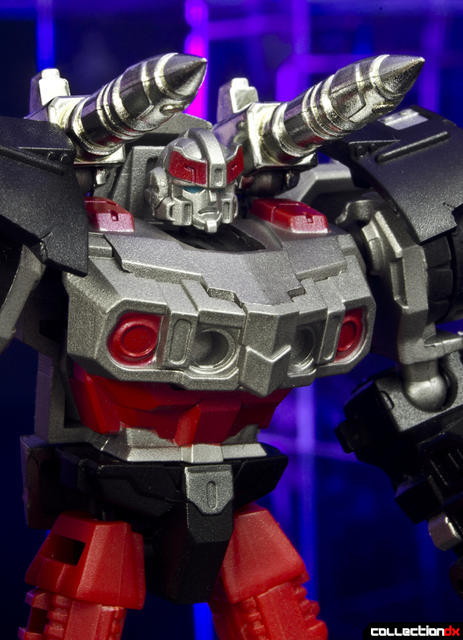 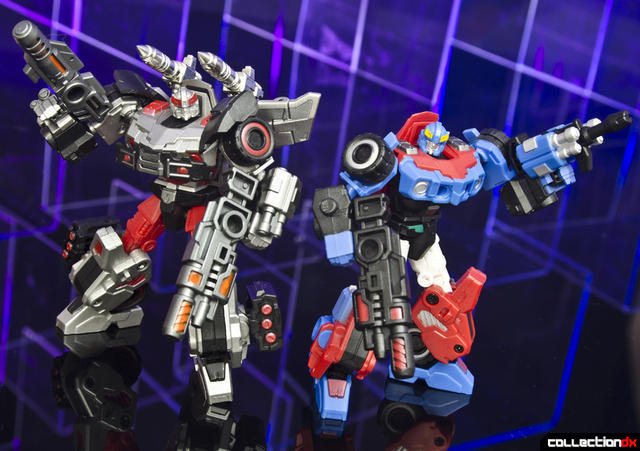 The articulation is very good for a figure of this scale, particularly in the legs. The hips, knees and ankles allow for a wide range of dynamic motion that makes the figures a lot of fun to pose. The figures lack any wrist articulation, but being that the arm can swivel at the elbow, it's not sorely missed. 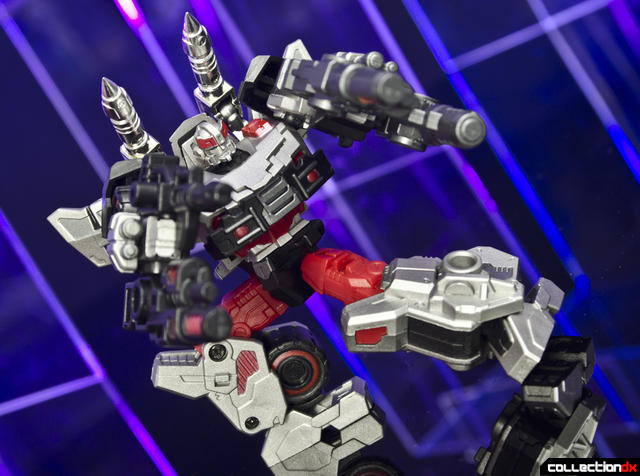 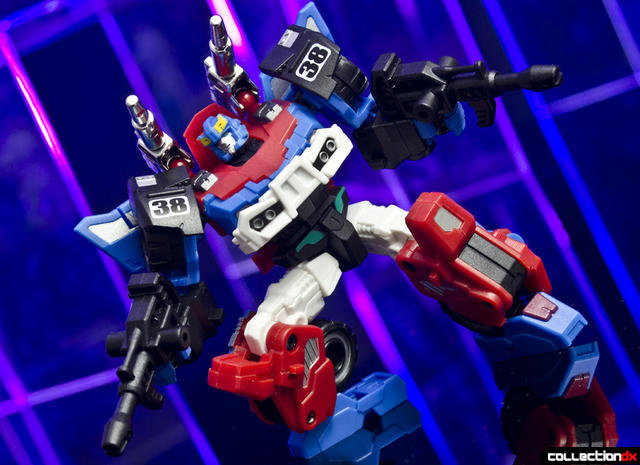 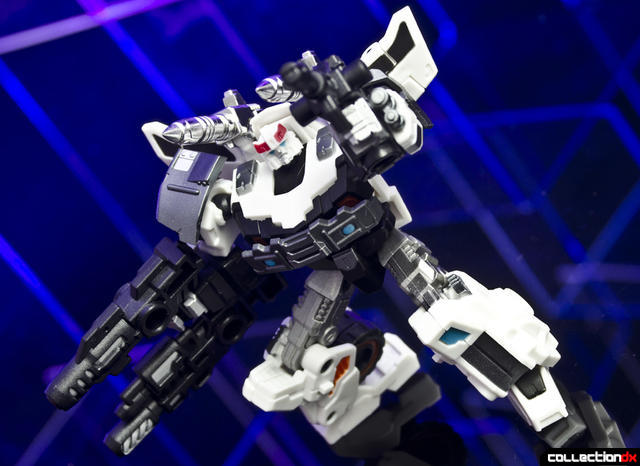 Normally transforming a legends scale figure is pretty brainless. You unfold some panels and flip the figure over to transform it. Iron Factory obviously put some thought into the Tactical Staffs transformation though. The transformation is quick and easy, but complex enough that it's fun to do. The legs fold up into themselves, the chest flips up, and the arms compress into the chest cavity. There is some parts forming, as the shoulder armor has to be un-pegged in bot mode, and then re-pegged in car mode. Everything pegs together nicely, but I still had trouble getting all 4 wheels on the ground at once. The wheels roll, technically, but you're not going to be in danger of it rolling off your desk anytime soon. Iron Factory used the same split wheel cheat that Maketoys used with Trash-talk and Cogwheel. 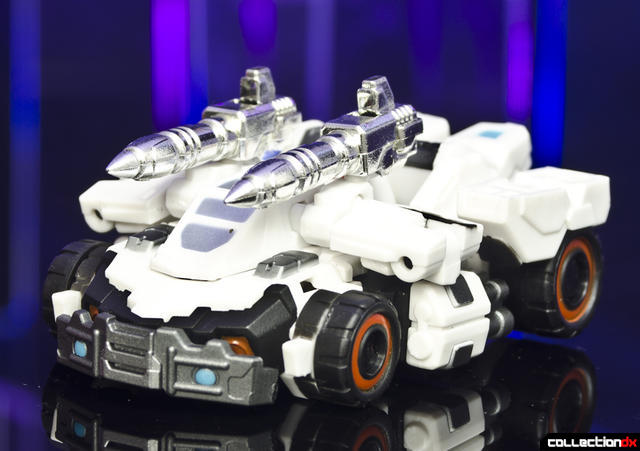 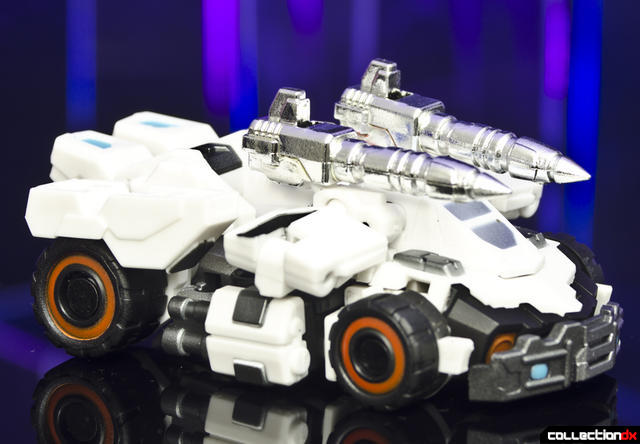 The removable armor and wide range of weapons does an excellent job of making each vehicle look unique. 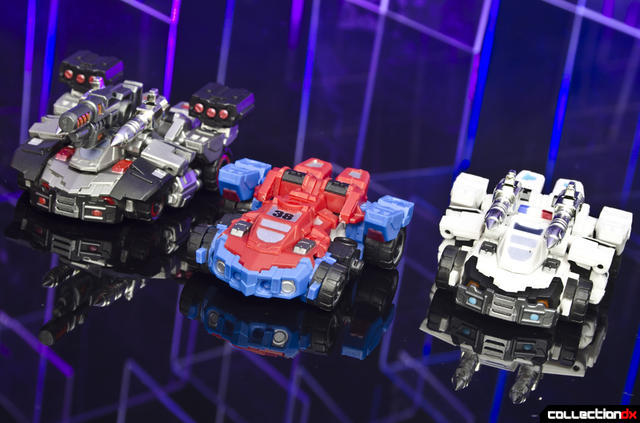 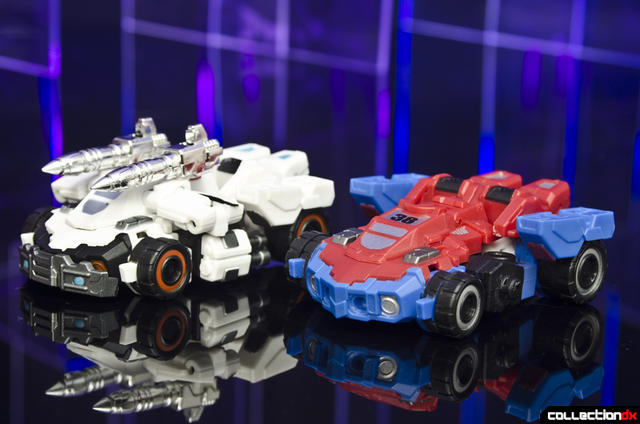 Transformers scale is a bit of mess, and thinking about it too hard is just a recipe for a headache. That said, these bots scale well with other Iron factory figures. 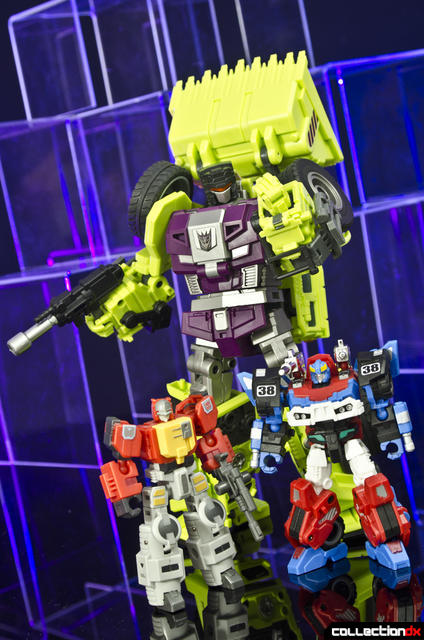 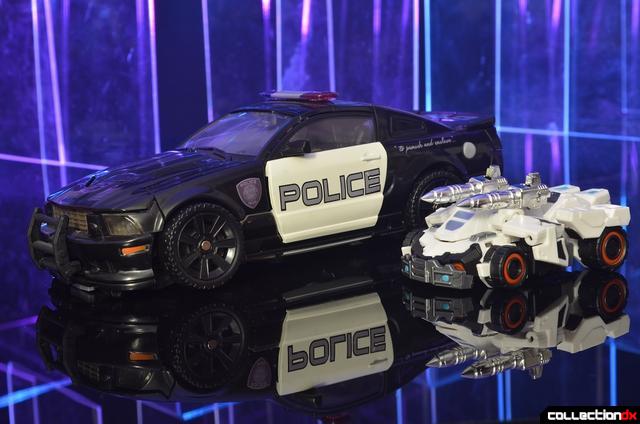 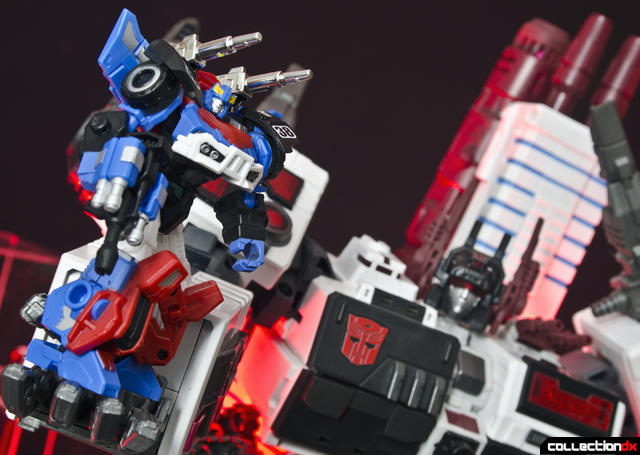 So, does the Armored Tactical Staff justify the price tag? In this case, I think it does. The figures feel more like downsized Deluxes or Voyagers rather than Legends. They lack the hallow parts and simple transformations that are hallmarks of legends scale bots and come with a virtual armory of accessories. Despite being essentially the same mold repainted three times, the customizable armor and weapons allow each bot to have a distinct look. After handling this set, I will definitely be picking up more of Iron Factories releases. 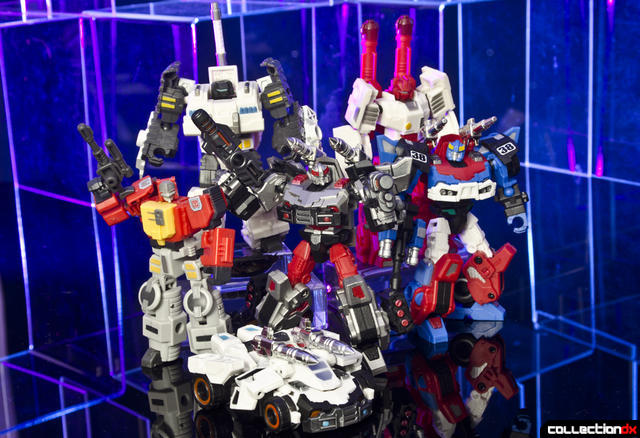 Yep I'm gonna need these guys in the future, mhm. There were a lot of delays for the past few months but now that things are finally coming out, I'm quite excited to get more Iron Factory stuff. It's just so much fun.

Great review. Just got these guys last night, great set, really great. Detail is phenomenal and IDW designs too. The fact that IF has a full line up on the way is insane too. Can't wait for the next releases.

Build quality is top notch. Ender pointed out in the review no hollow parts. Plastic is super hard. This is the kind of toy you step on accidentally bare footed scream in pain and it doesn't break. If don't think the build quality could be improved. I you like the look definitey buy these.

I got the Sonictech set during the TFSource Black Friday sale and haven't regretted it at all, especially since Not!Blaster may be tiny enough to fit into the chest of the upcoming Leader Class version from Titan Hunters. And if not, the zillion 5mm ports will work just fine to attach it somewhere.