Armored Red Ranger was brought to you by Bluefin Tamashii Nations!

You can get yours at New York Comic-Con a full month before the Japanese release!

As some of you may be aware, I really love Mighty Morphin Power Rangers. So, picking up all the S.H. Figuarts from the line was almost a no-brainer for me! Here is the latest release, the Armored Red Ranger! 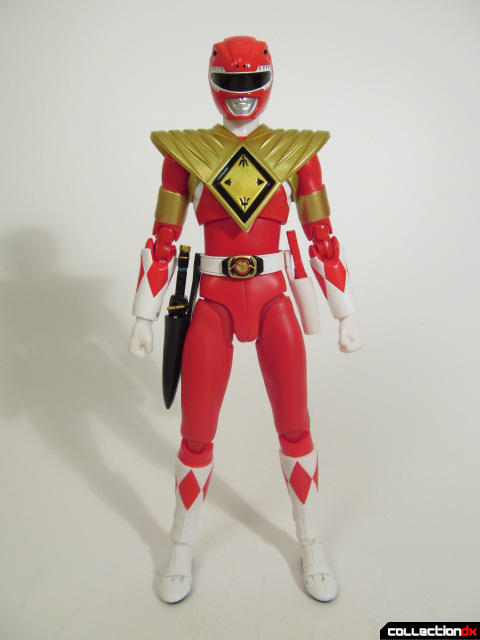 This happens once Tommy is forced to relinquish his Power Coin or risk his Green Ranger powers reverting back to Rita Repulsa. The Green Ranger powers (and the Dragonzord) are transferred over to Jason, the Red Ranger.  From then on, Jason was able to use the Dragon Shield and Dagger in battle whenever he needed the extra boost.

Hey look! It's a video review! You should watch it!

I should also note that this is the U.S. release of this figure, so it is a Might Morphin Power Rangers release for the 20th Anniversary of Power Rangers. In fact, Bluefin is releasing this figure a full month BEFORE the Japanese release! This figure will be available at Bluefin's booth at New York Comic-Con starting October 10th! But don't worry if you can't make it to NYCC, because the figure will be released to all your favorite Tamashii Nations retailers a short time later! 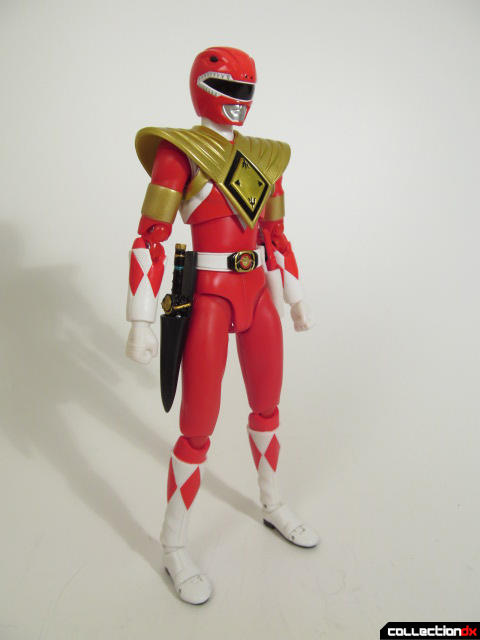 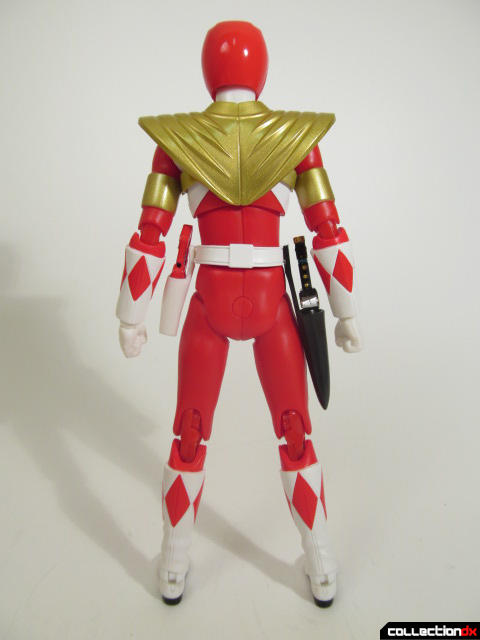 So let's take a look at the figure now! This figure is essentially a mashup of the previous Green and Red Ranger releases. It's the Green Ranger's body with the Red Ranger's head, gloves, and boots. The figure really looks great. The paint work and details are top notch! Of course, I wouldn't expect anything less from Bandai here! The Armored Red Ranger will fit right in with the other releases from this line! 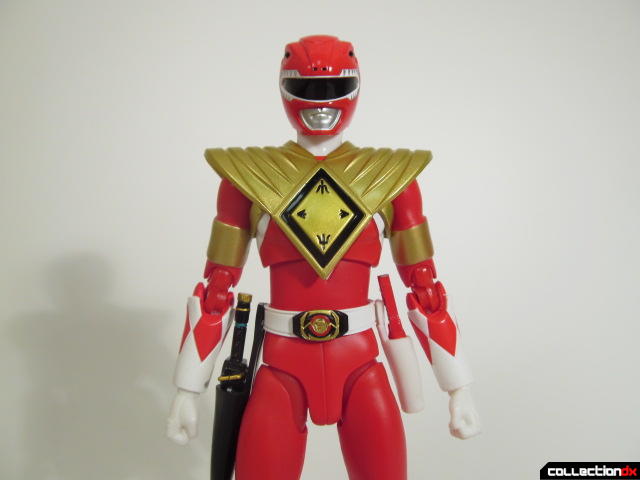 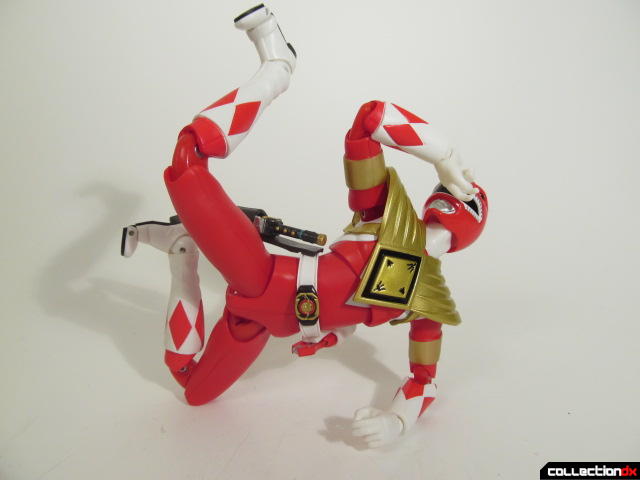 The articulation is essentially the same as the Green Ranger. It has all the ball-joints and swivels of the previous figures, including a great shoulder joint that almost makes up for the lack of a bicep swivel! Of course, since the Dragon Shield isn't removable, it can get in the way of the shoulders, but that's to be expected with the design here. Even with the hit in maneuverability I didn't feel very cheated, as I could still get the figure into any poses I needed to. Just know that you probably can't pose him doing chinups or anything like that. 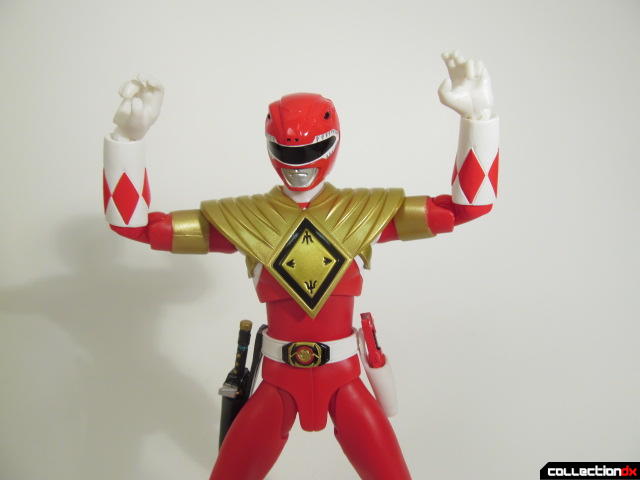 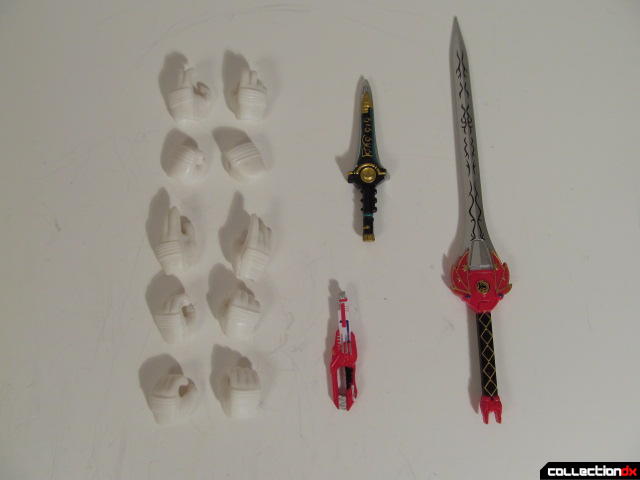 The accessories he comes with are pretty excellent. He comes with five pairs of hands, including fists, posing hands, flute-playing hands, and two sets of holding-things hands. Also included in the box are the Power Sword, Blade Blaster, and Dragon Dagger. Sadly, the only version of the Blade Blaster he comes with is the small holstered version, so you can't really show him shooting anyone with it or anything like that. You could always just take one from one of the other figures, but I would have liked to have the other forms of this accessory instead of the version that is just window dressing. 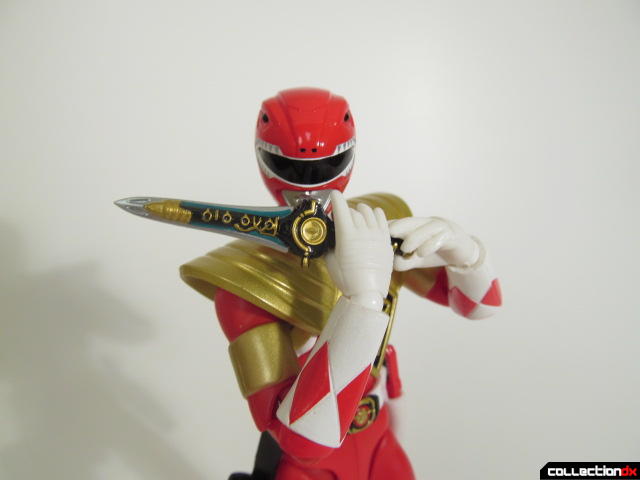 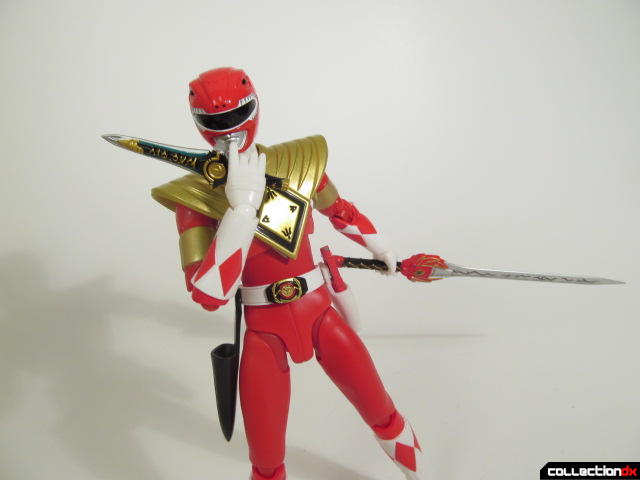 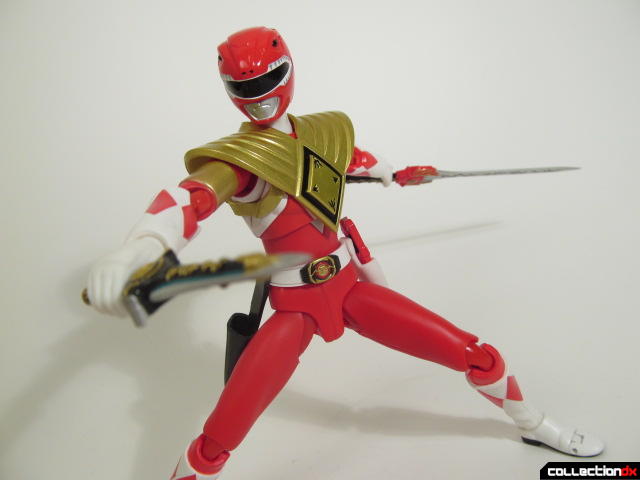 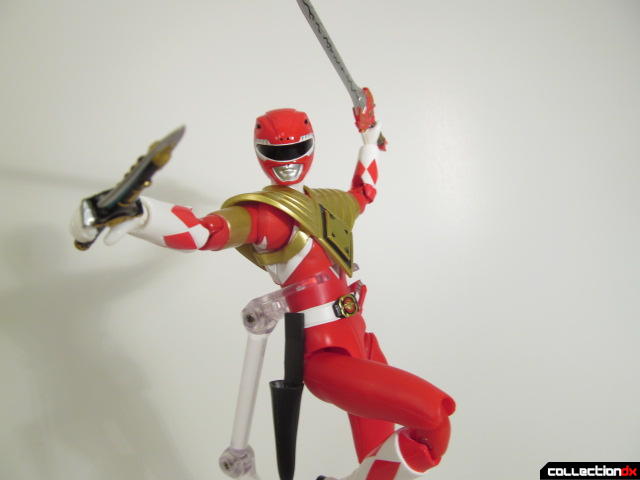 Also, if you have the SDCC Exclusive MMPR stands, the Armored Red Ranger looks great while nestled in his little home! 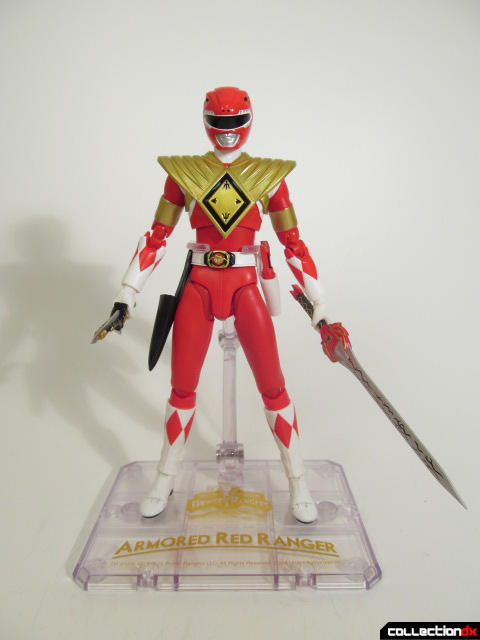 Overall, the Armored Red Ranger is a great addition to the line, and I'd highly recommend him to any fan of Power Rangers! His details, accessories, and awesome factor more than make up for the cost of purchase! Plus, he looks great when standing next to the other figures that have been released, even if it doesn't make sense for him to be there! 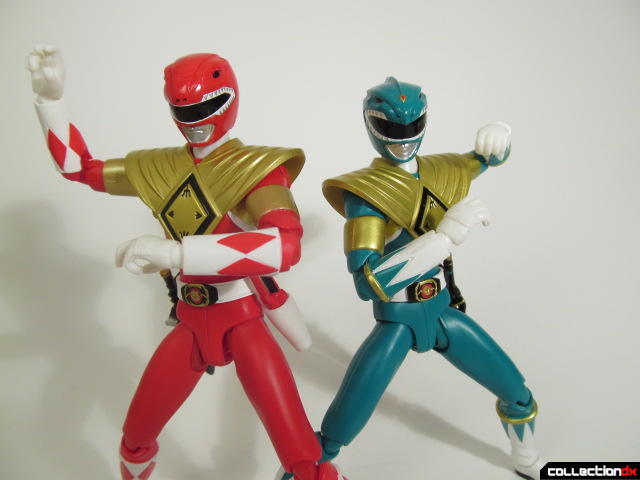 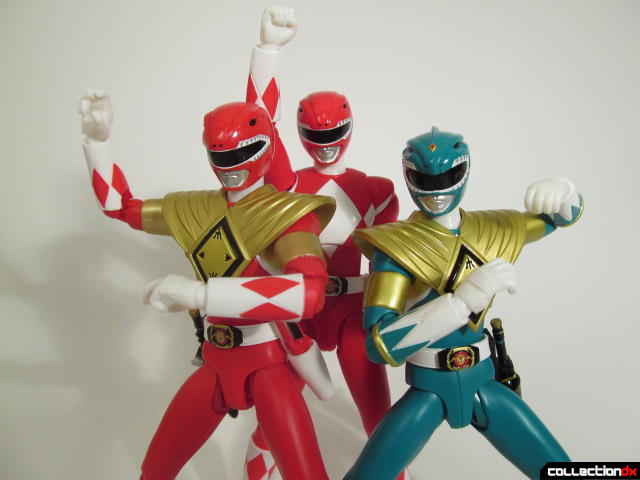 Hey! I'm just throwing this out there again, but if you're going to be at NYCC 2013, you can pick this guy up early by heading to Bluefin's booth!