I did't plan on gettng any of the Cyberverse toys, but recently I had been missing my Aimated Arcee that I sold off long ago. I thought I would give this new Cyberverse version a shot.

First off, I didn't expect that Cyberverse toys could retail for $19.99, being a kid-centric line. Look at what you get for the same price with Seige. What they did here to justify the cost is to include parts for a build-a-figure, which I will never complete. The box is nice though, and everything is visible from the window. 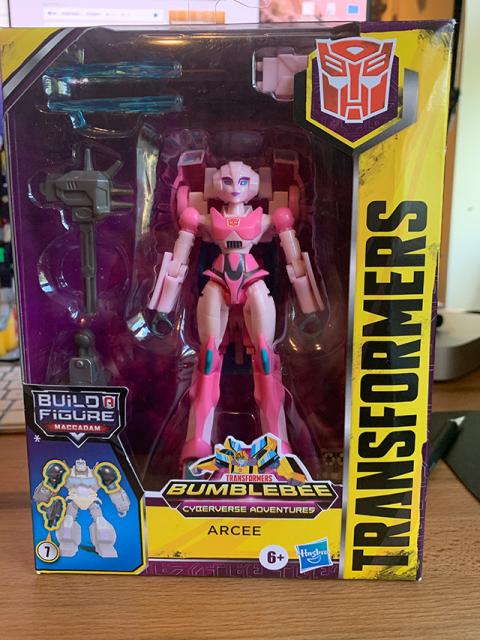 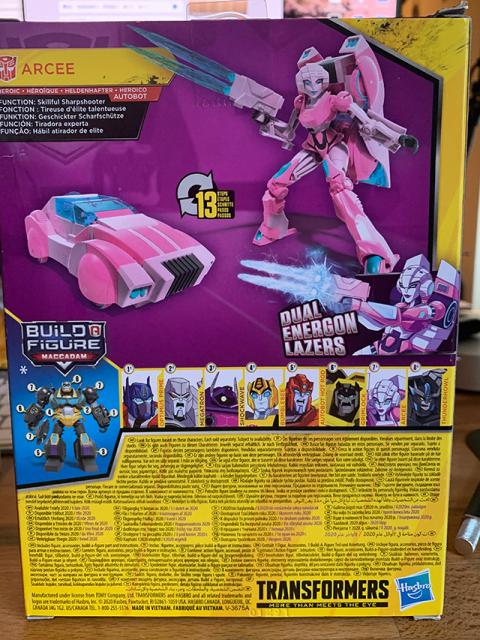 Despite being packaged in figure mode, we're starting in vehicle mode. 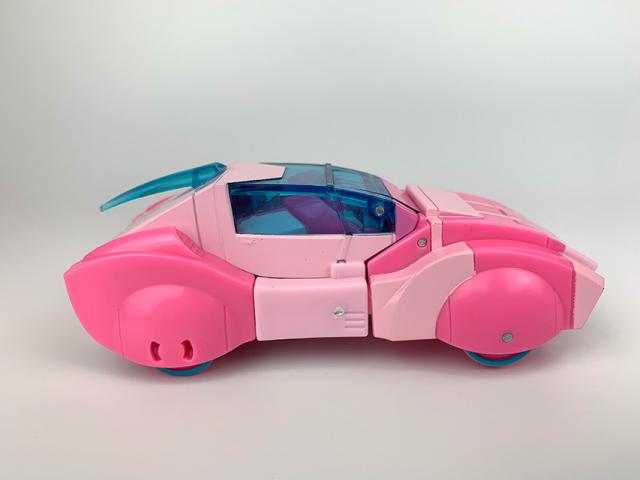 Arcee is a futuristic pink vehicle that rolls on four thin wheels. Well, it would roll if the chest of the figure did not drag on the ground. It looks fine I guess, but you get some ugly marks where Hasbro's cheap engineering creates issues along the body where the wheels are fastened. 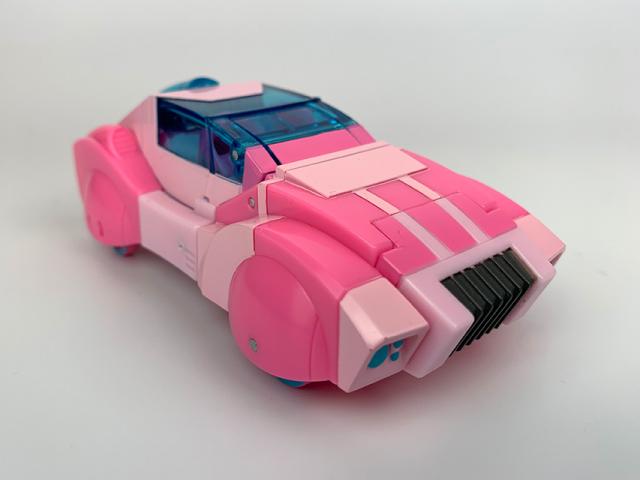 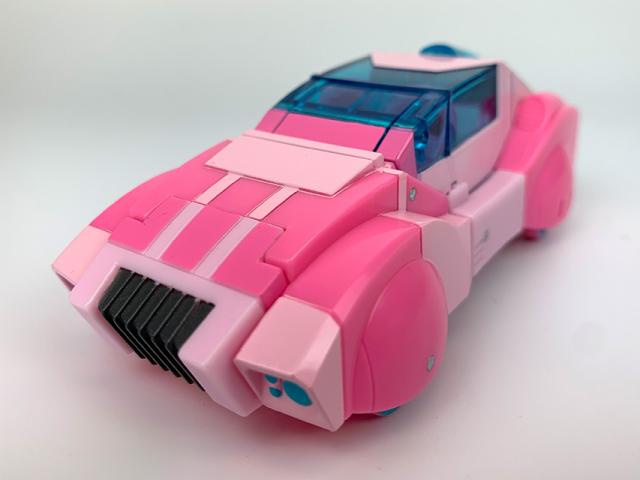 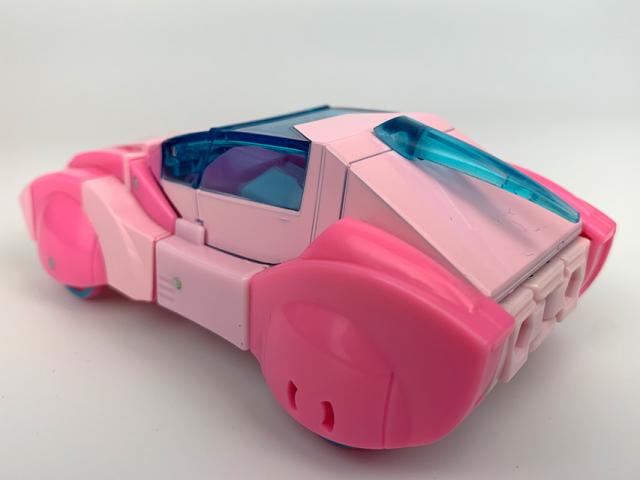 The two blast effect parts can be attached to the back of the vehicle mode. 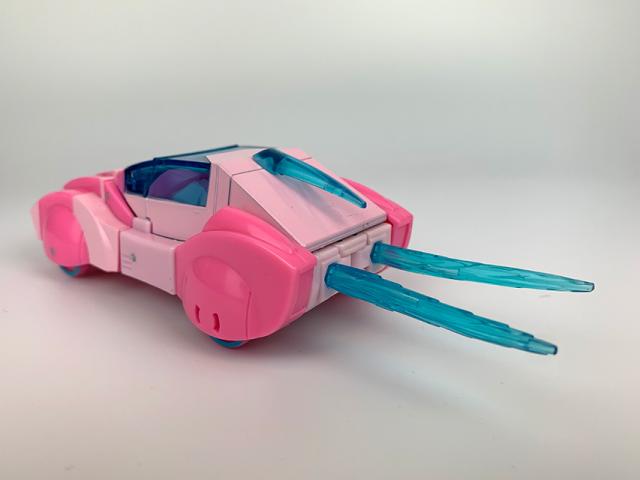 Underneath it could not be more obvious that the entire vehicle mode is just a shell. Clearly kid-friendly engineering, and not as sophisticated as the Seige line. 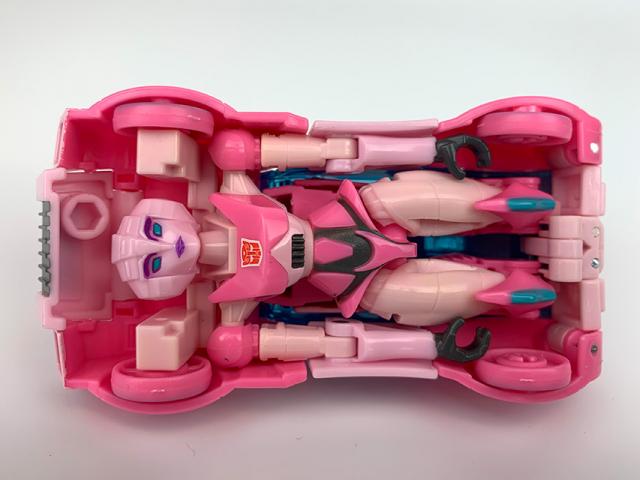 The hole above her head can be used to store the gun, but it's so tight and hard to get out that I've left it out. To begin transformation you basically lift the shell and unfold the robot. The shell undergoes a little bit of compacting, but it's still just a shell hanging off the back. 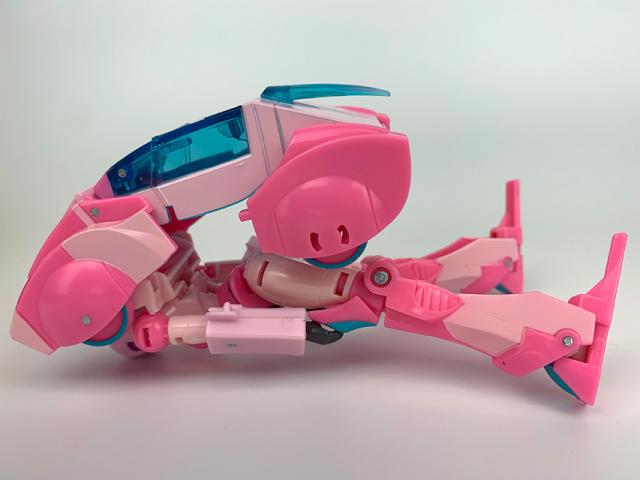 In robot mode she's a great looking figure, but I can't get over the giant backpack.

"BuT ArCeE AlWaYs HaS a BaCkPaCk!"

Yes, but come on, you had to add struts to the back of the thing to keep it balanced. How about making it removable, or at least parts of it. 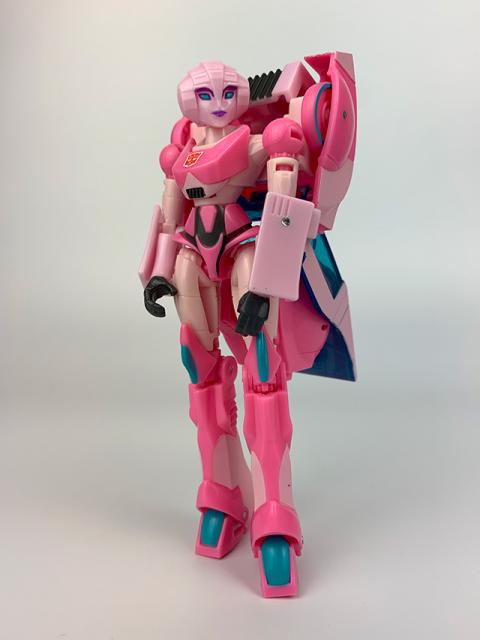 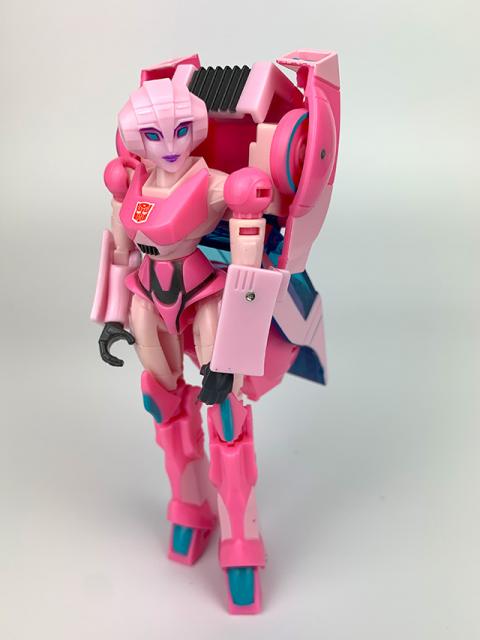 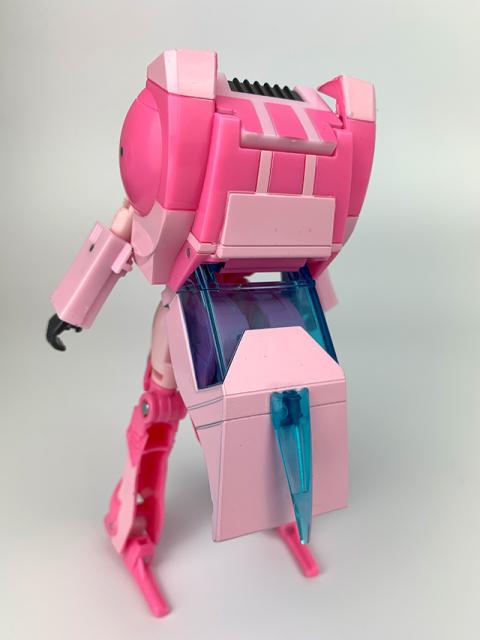 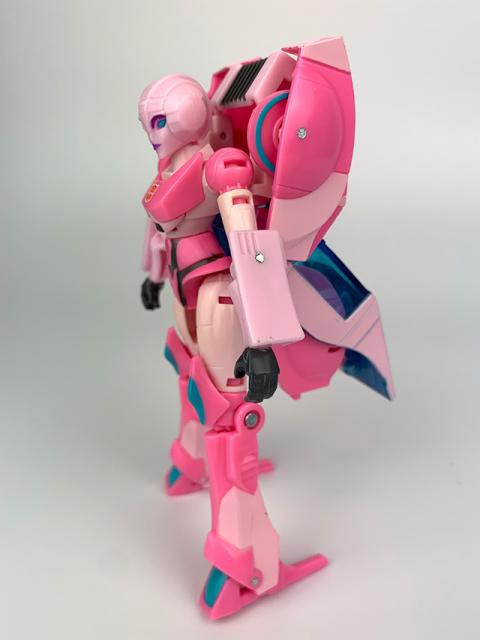 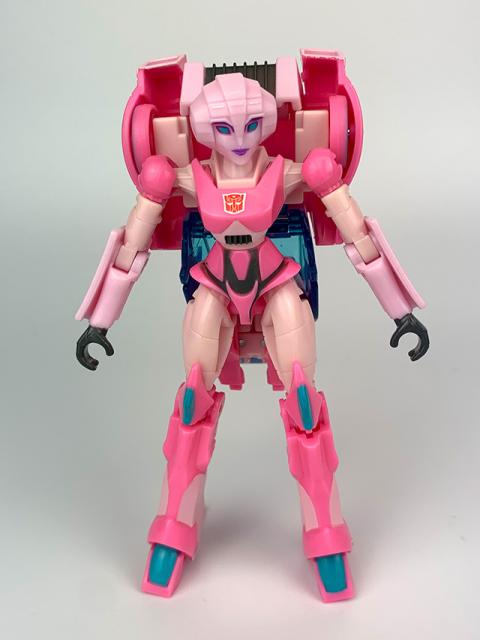 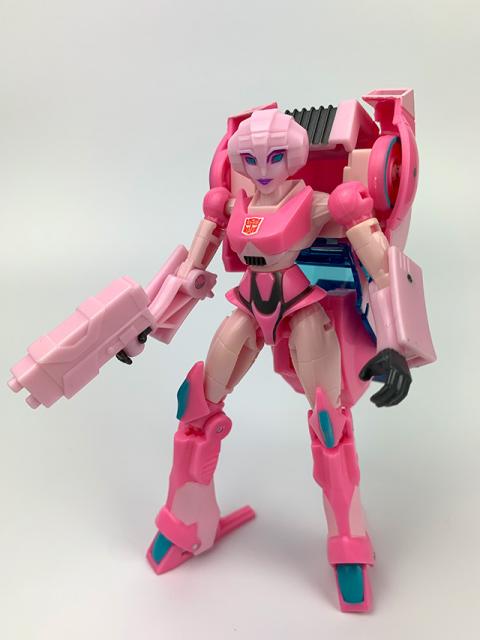 The gun fits into either hand, but to me all Autobots are righties. The effect parts can be added to the gun, but they are slightly curved and only look good in certain configurations. 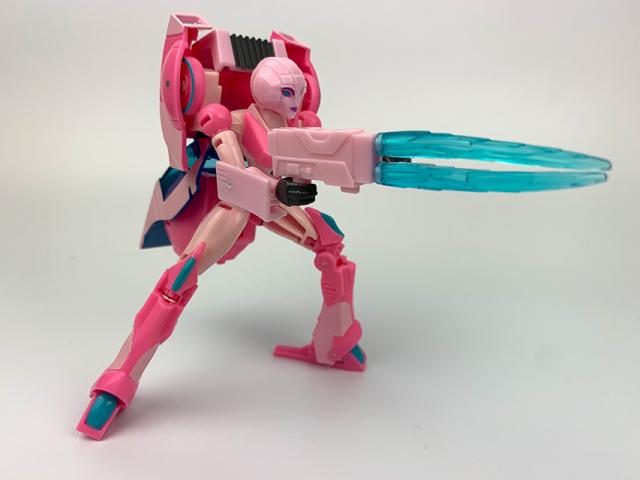 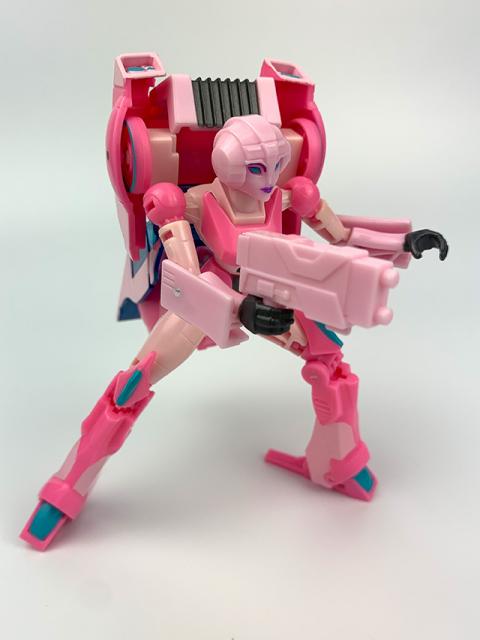 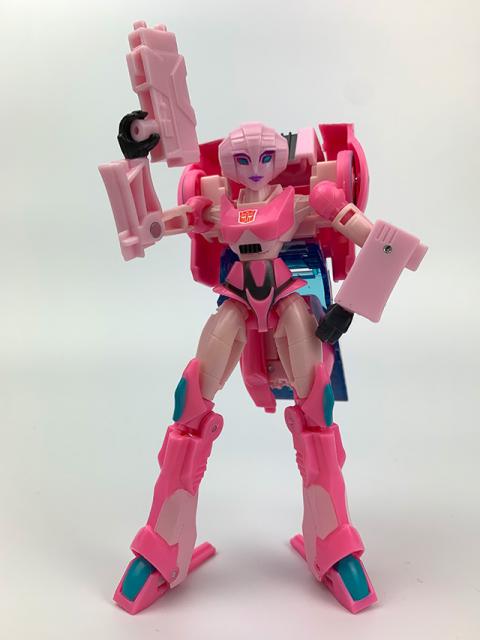 There's also the ability to do this stupid mode that I saw online. I like it. 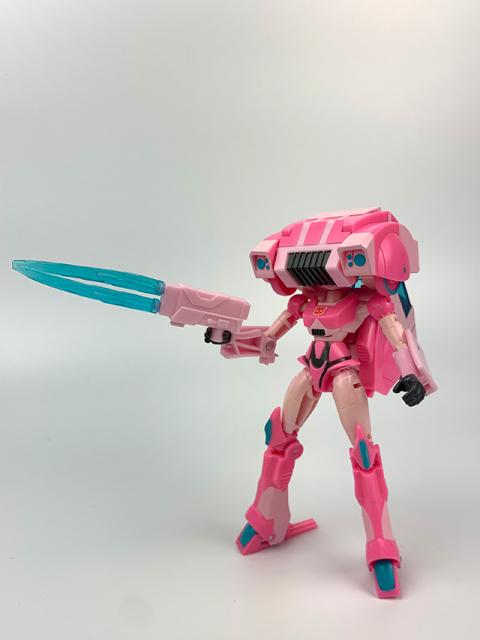 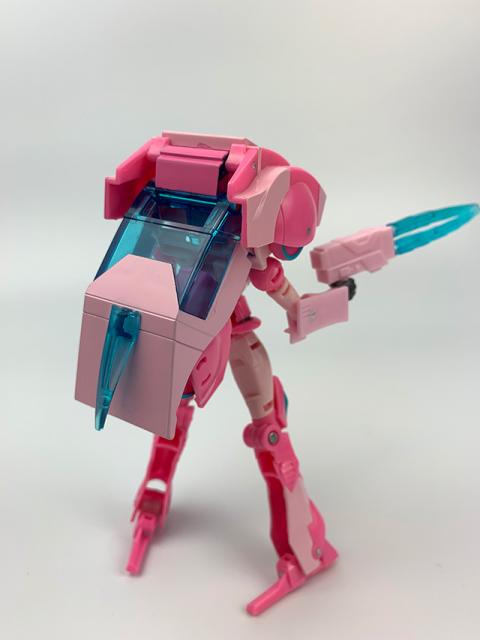 Fun enough, and $20 is not bad. I doubt that I will get anything else from the line, but don't quote me on that.