Pity the sad, ignoble Jumpstarters. Twin Twist and Topspin are arguably the least loved Generation One toys, and perhaps with good reason. Their “transformations” consist of folding in half. The goofy jump-start gimmick fails to elevate the lightweight, mediocre figures.

Despite their bad rap, I enjoy the Jumpstarters. While not stand-out designs by any means, they are unmistakably Diaclone figures. The character designs are beautifully proportioned and sculpted. But yeah, their gimmick is lame.

So the Jumpstarters were a commercial failure and a punchline. So why on earth would Hasbro choose to reincarnate them for a new generation and a new property?

The Flip and Attack figures were released as part of the first wave of the Amazing Spider-Man movie toys. Packaging is compact, colorful blister cards. There are four Spider-Man vehicles and one Lizard, which seems to be short-packed. 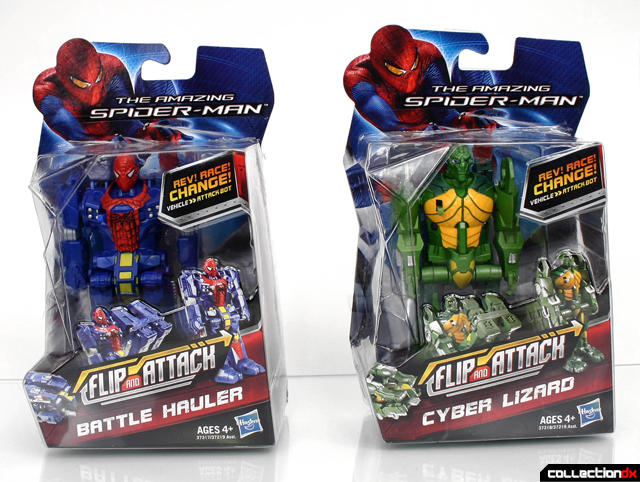 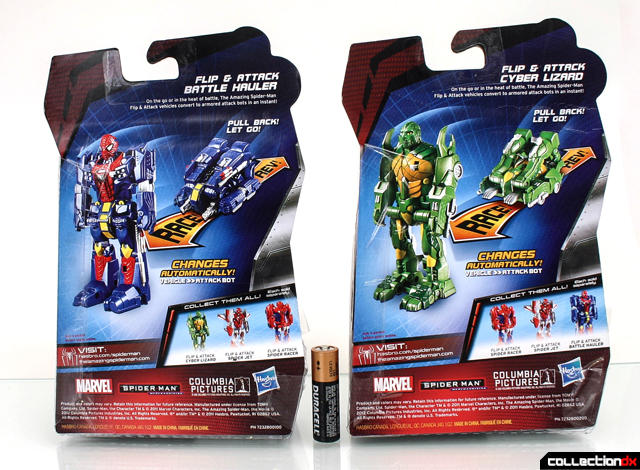 The Battle Hauler is a generic futuristic tank which turns into a beefy mech. The vehicle mode looks fine, but it’s kind of a mess. It’s not a very cohesive design. 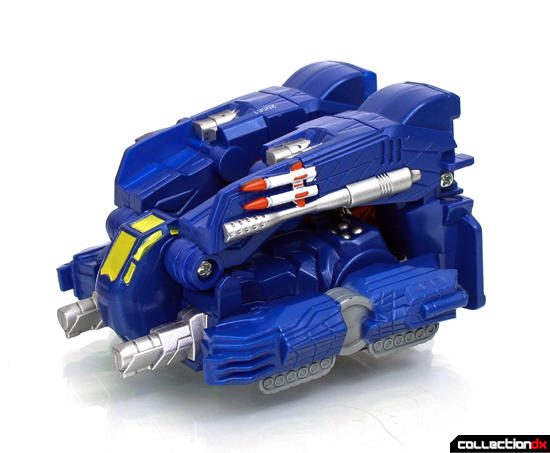 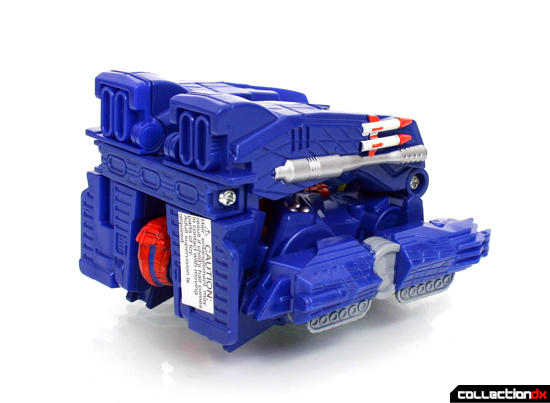 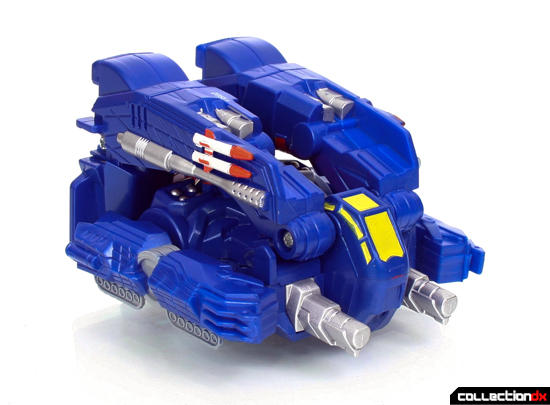 I see a (probably unintentional) resemblance to Gobot Tank. 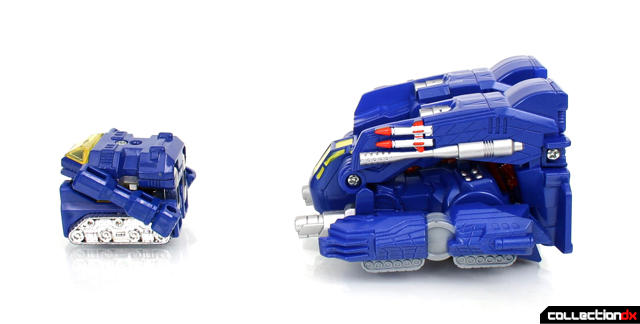 The mecha mode is more developed. The sculpt is sophisticated, with lots of thoughtful detail. There are Spidey design cues, but it doesn’t feel dumb. There are enough paint apps to keep things interesting. 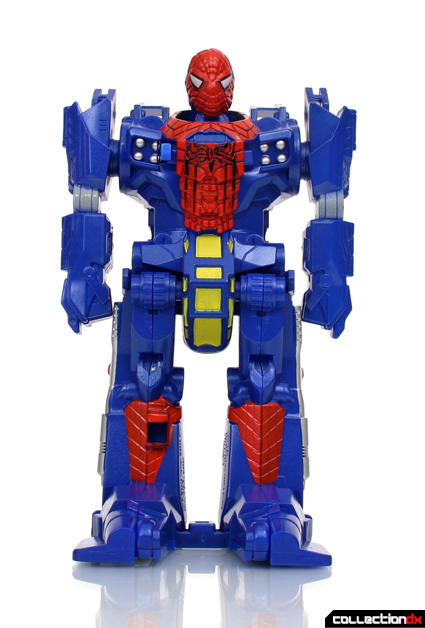 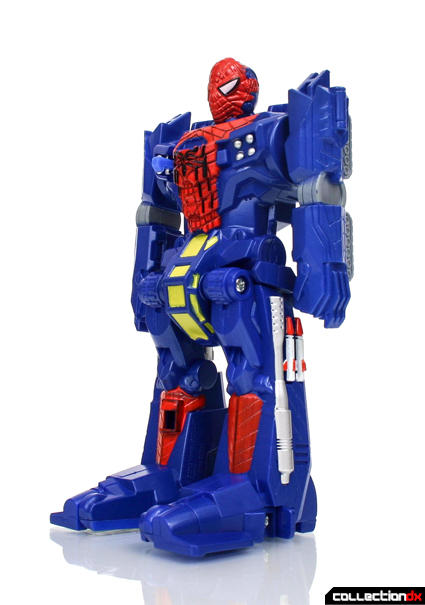 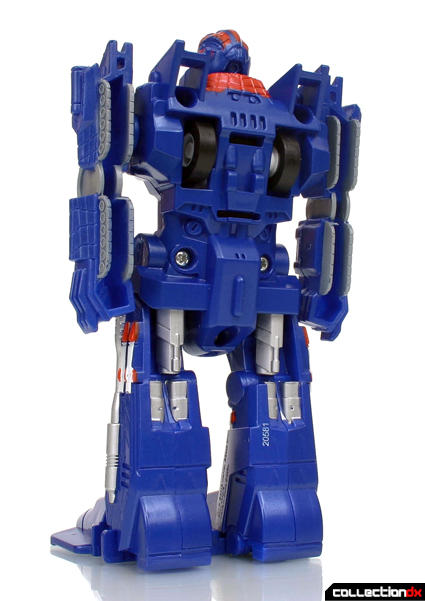 Notice the molded wheels on his toes? A clear nod to the TF figures.

Are the missiles on the legs a reference to Jumbo Machinders? 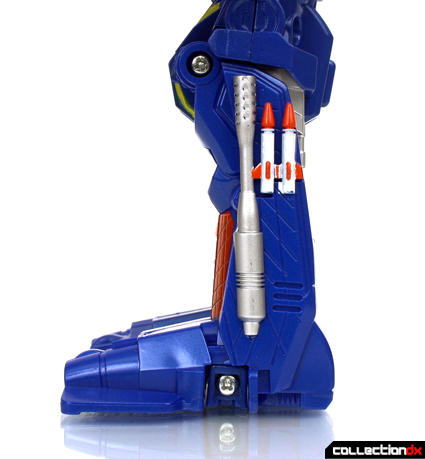 Both these figures are, it goes without saying, bricks. Arms move. 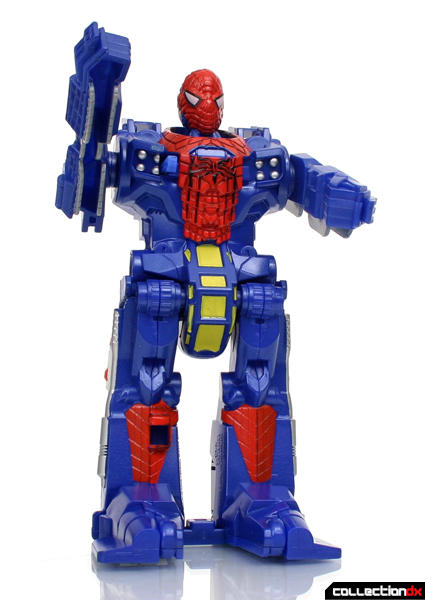 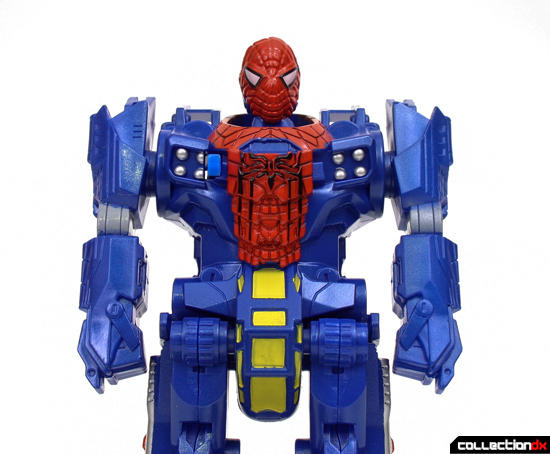 Cyber LIzard is a neat foil for the Spidey toy, with contrasting colors and design elements. Where the Battle Hauler is blocky and mechanical, Cyber Lizard is angular and organic. Who knows what the vehicle is. A futuristic lizard ship, I guess. Looks neat, though. A little more composed than the Battle Hauler. I like the claw-like protrusions. 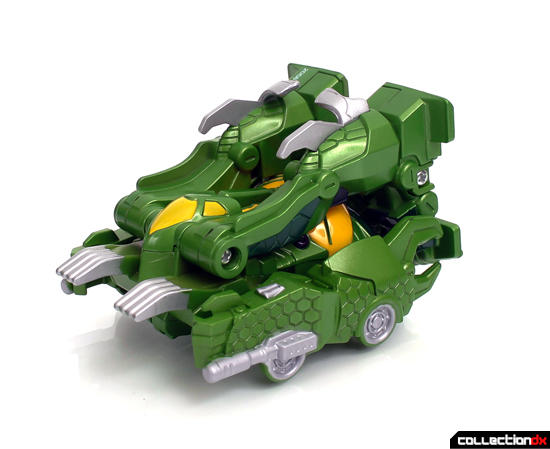 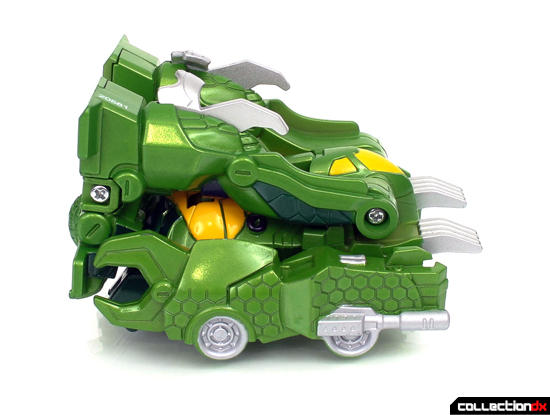 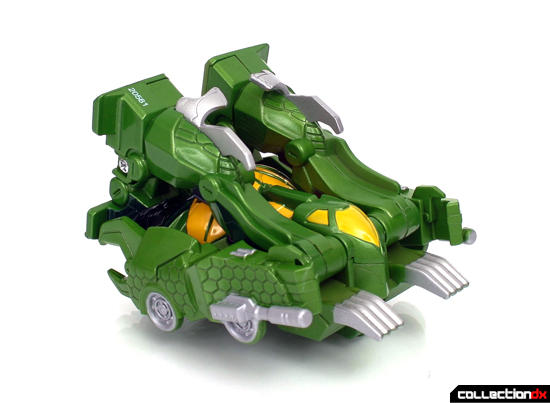 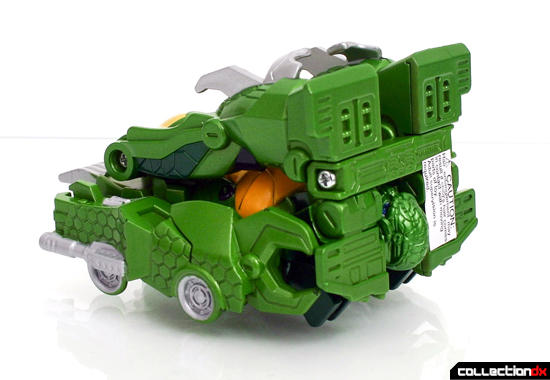 I see a (probably unintentional) resemblance to a few monster Gobots.

The mecha sculpt is again solid, with rich detailing. The flip-down tail is a nice touch. 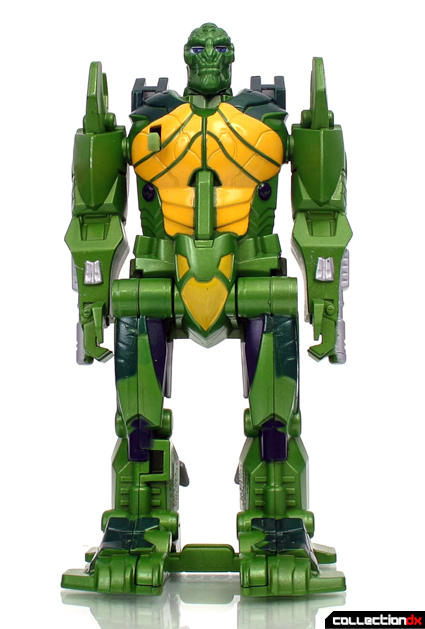 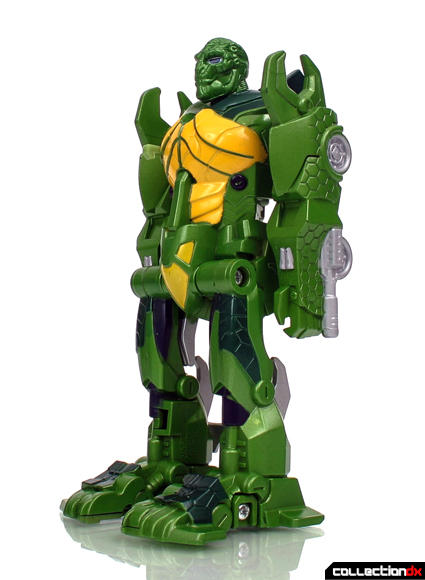 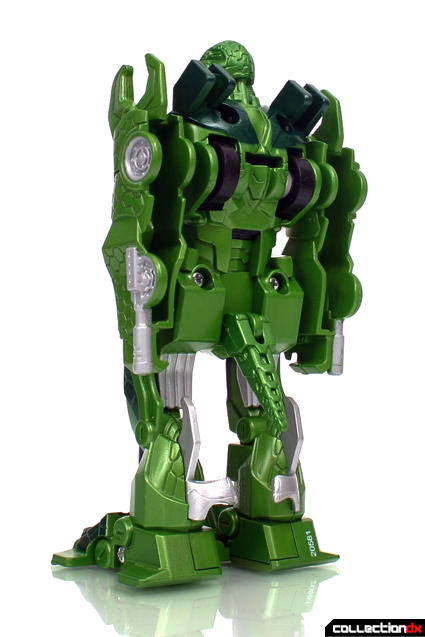 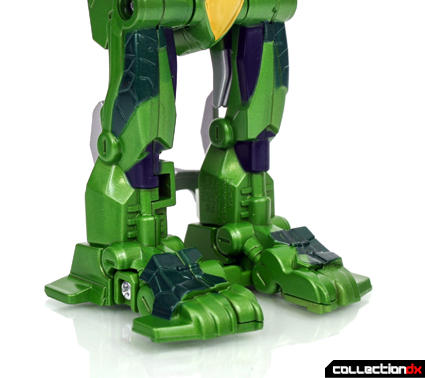 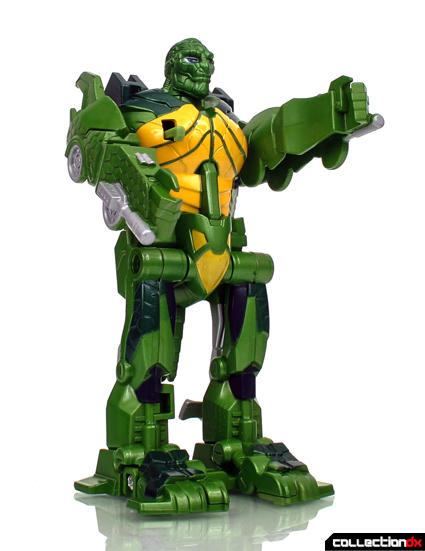 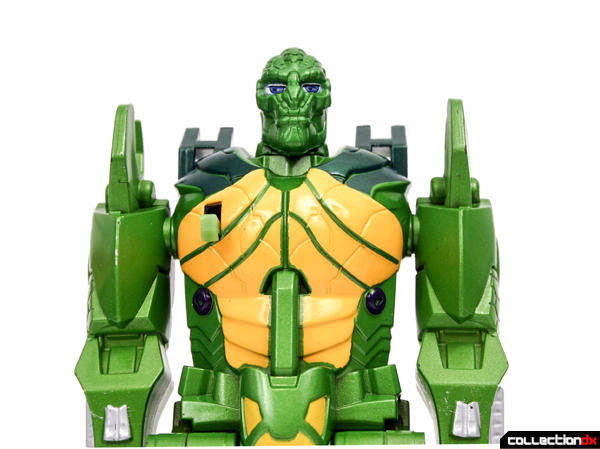 It’s sometimes hard for us to find or recognize funk in our midst. Mass market toys are so damned safe, stripped by committee of any inspired point of view. Perfectly fine toys emerge from this process, but nothing elevated. The Flip and Attack figures aren’t elevated, but they are fun and spirited and winking in a sea of adequate product. 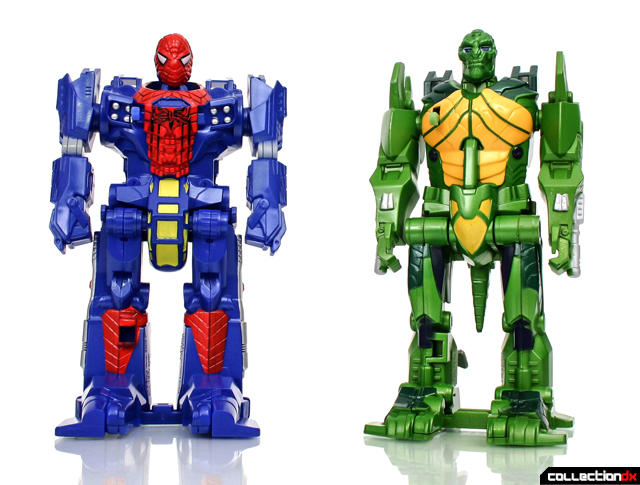 i still have topspin mint in box

I looked at these and immediately shouted "GO! LEOPALDON!!"

Also, I love my Topspin.

Topspin was my 1st TF toy I truly owned. Theoretically, I think Hasbro probably chosed to reincarnate them for a new generation and a new property as a possible homage to Hasbro's historical relationship with Marvel.

The whole G1 mythos was conceived by Marvel under Hasbro's commision.

Spidey was the only Marvel Superhero who made a guest appearance in the 80s G1 comics.

This is the best possiblity I could surmise about this odd but interesting revival but it's only a theory.

I wasn't the hugest fan of the show growing up,and really only caught the tail end of the craze,so my favorite G1 Transformers were Twin Twist and Strafe.