I really liked the Transformers RID 2015 drift figure, but for some reason, this repaint remained relatively under my radar until I saw it at Target, remembered it existed, and immediately wanted it again!

This Drift is colored more like his IDW comics appearance rather than the orange he normally sports throughout rid 2015. The paint itself looks cool and cohesive, it's simple, unfortunately minimal, but effective! This really accentuates why I like the warrior class rid 2015 figures, because of their bright attractive color schemes, and this Drift variant is certainly no exception. I especially like the dynamic red lines on his shoulders, and the small trim framing his face. I'm not sure what version of Drift, Orange or white, I like best, but I do know that they look pretty awesome together. Articulation is standard for a deluxe/warrior class figure. One notable addition is the shoulders, which are double jointed, allowing for some above average range of motion perfect for sword poses. 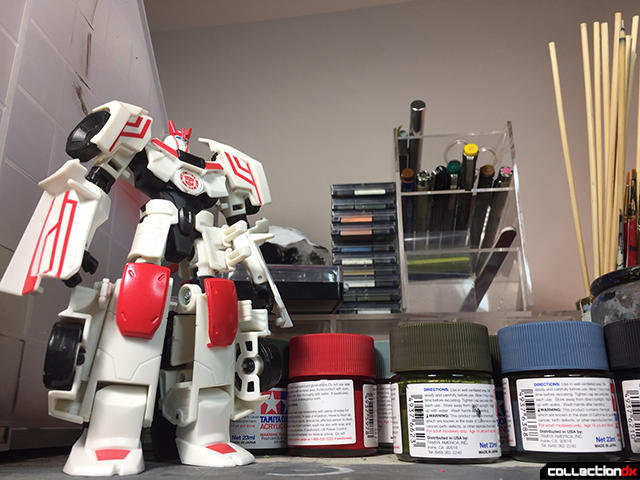 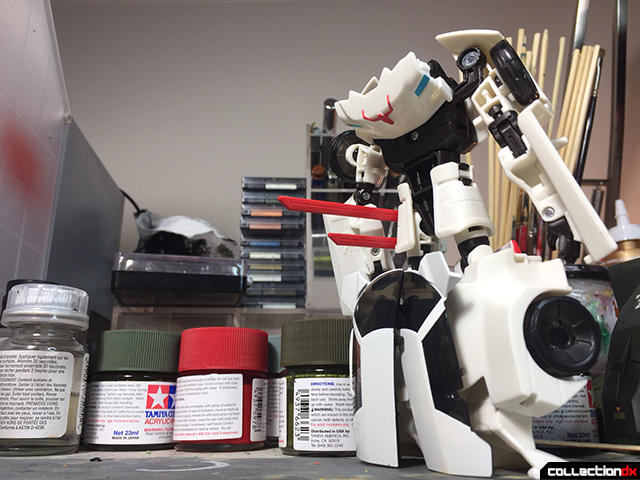 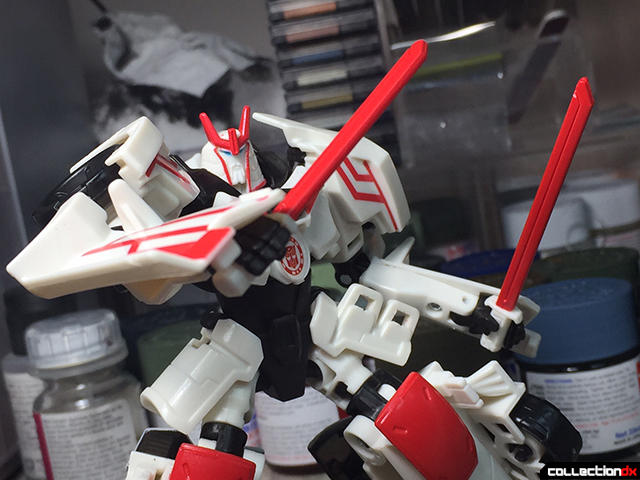 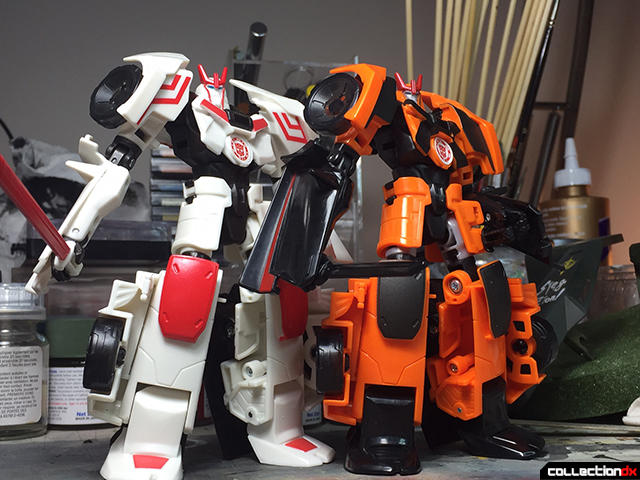 Speaking of swords, Drift has two as his sole accessories. One is longer than the other, and they feature some killer blood red blades that are very striking. They can be stored in two sheaths on Drift's side skirt but be careful, because the red paint can scratch! 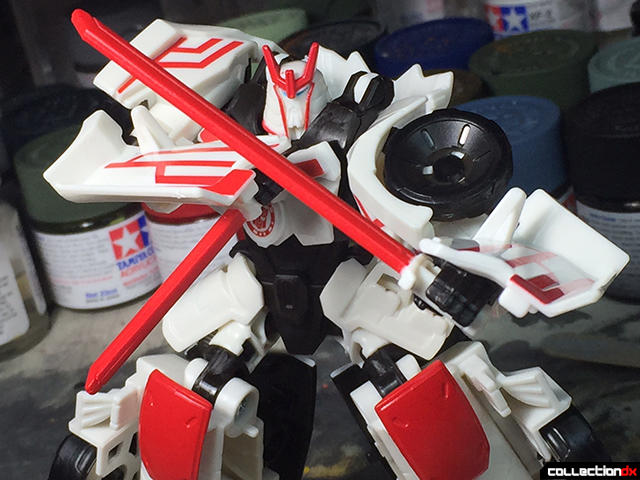 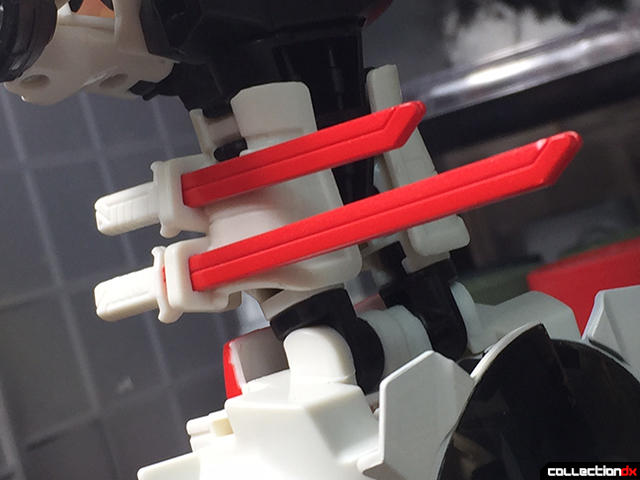 Size is typical as one could assume, he stands taller than his fellow white autobot car, Jazz. 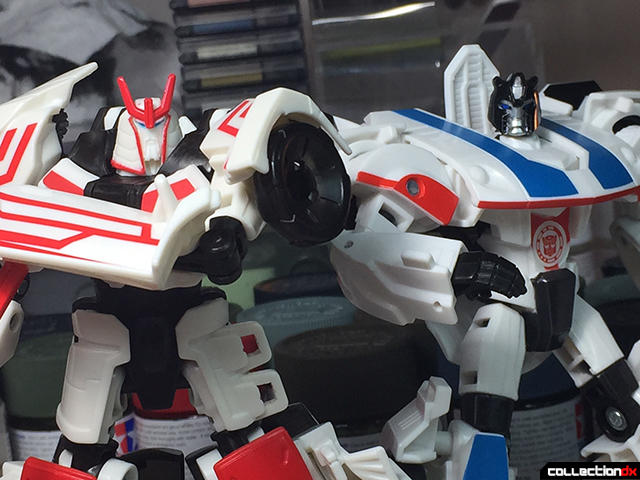 Transformation is solid and fun, basically just rid 2015 Bumblebee's with the parts reversed and the doors on the arms. The feet fold up to form the back, the entire top is basically sitting on the calves etc. Like I said, it's fun and familiar but in a good way; why fix a Transformation that wasn't broken.

The vehicle itself is pretty good but, of course, it lacks paint. No new red detailing is revealed for this mode aside from the hood ornament, making it look a little plain by comparison with his orange color scheme but, the vehicle itself is still cool in it's own right. The swords also store in this mode on the legs and don't touch the ground so, the paint won't scratch. 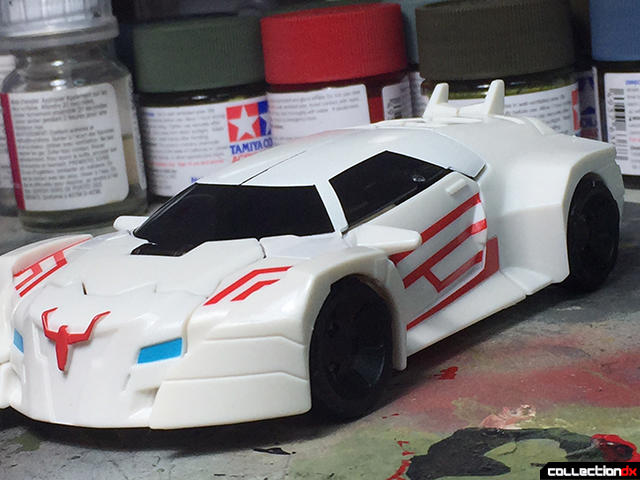 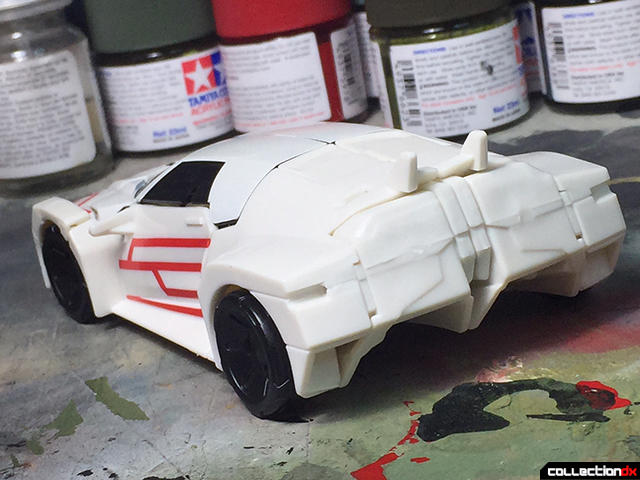 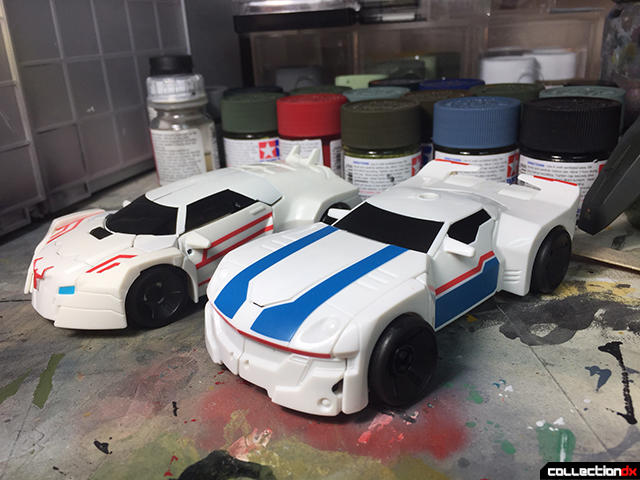 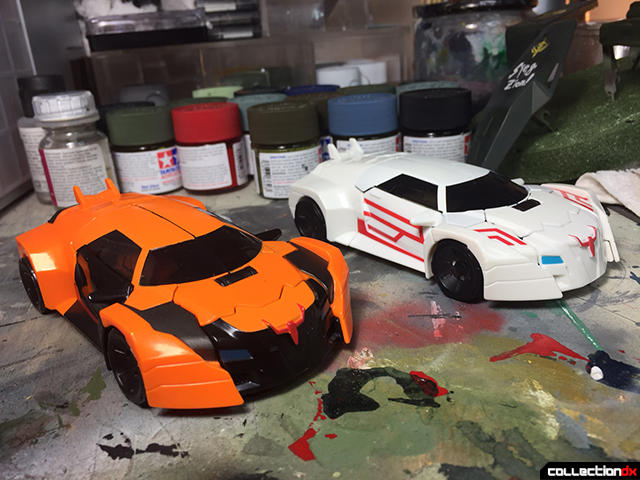 Taking everything into account, Alpine Drift is a dynamic use of the RID 2015 Drift mold, and a cool, solid figure in it's own right. The paint may be minimal in some spots, and the color scheme itself is a little simplistic but the same goes for most figures in the line, so I definitely can recommend alpine Drift to fans of the IDW comics or Drift. If you can't afford the Takara one that is!

Robot mode is definitely a step up, but the original still looks better in alt mode.

Yeah, I'd say alpine drift's Vehicle mode doesn't look as complete as the original orange one.