Aliens released in 1986 was great movie and some say better than the first movie.

In it, was the space marines with many cool futuristic military vehicles, weapons, and technology, but with a realistic bent.

One of the coolest that ended up being the least seen was the Dropship.

In 2004, Aoshima made this die-cast rendering that has a nice place in my collection.

The box is typical with a Styrofoam tray. there are three versions: normal, weathered, and black.

This review is of the black version (I bought and sold the others...kind of wish I had kept the original) 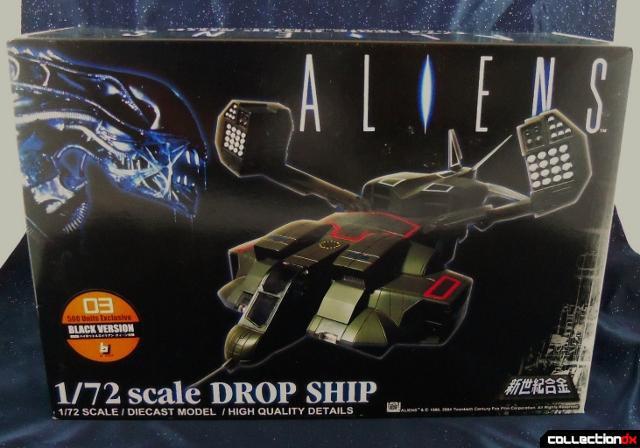 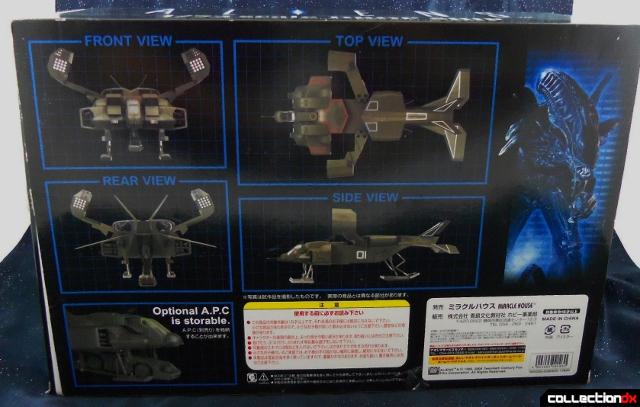 The ship comes together with only minor pieces need to add. 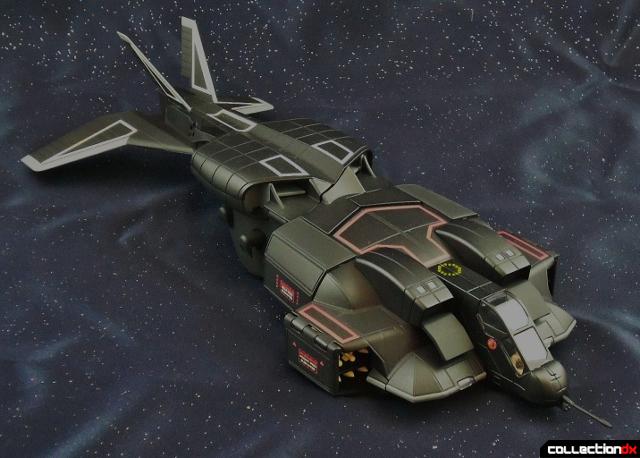 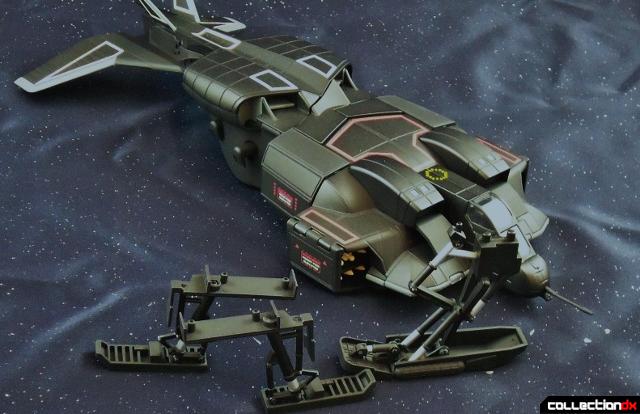 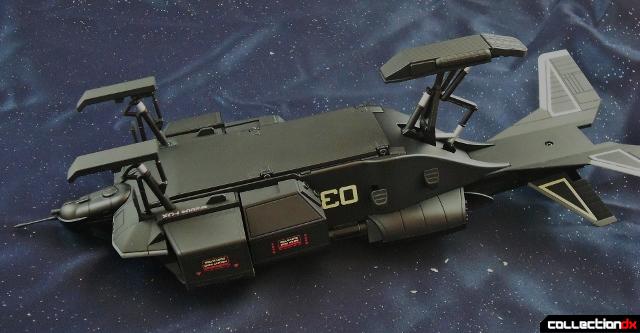 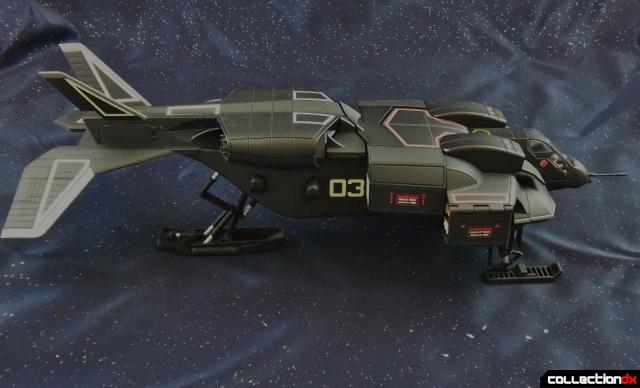 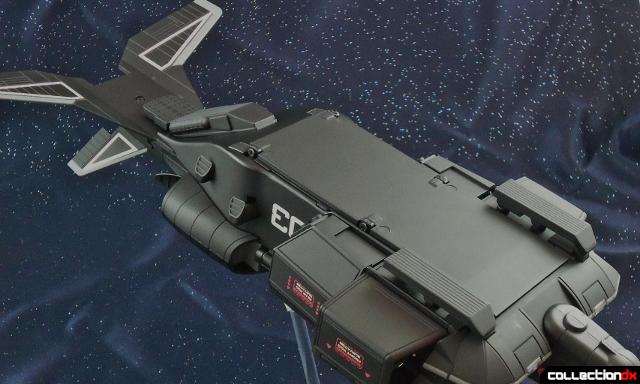 Attach the legs and a small antenna on the front and your good to display. It creates quite the nice sight line. 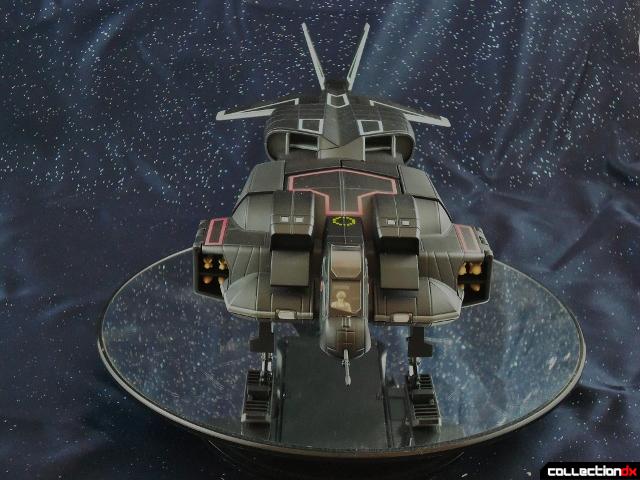 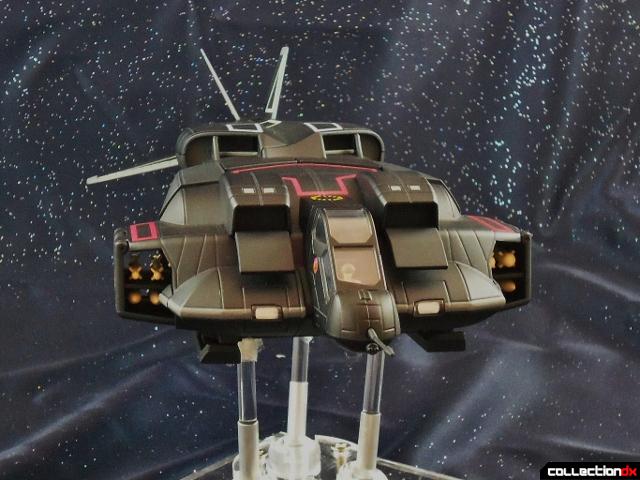 The missile bays flip out and lay upon each other in a "X" cross pattern. 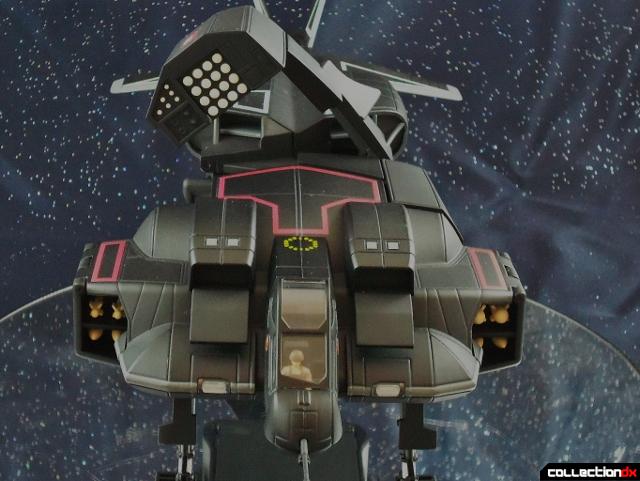 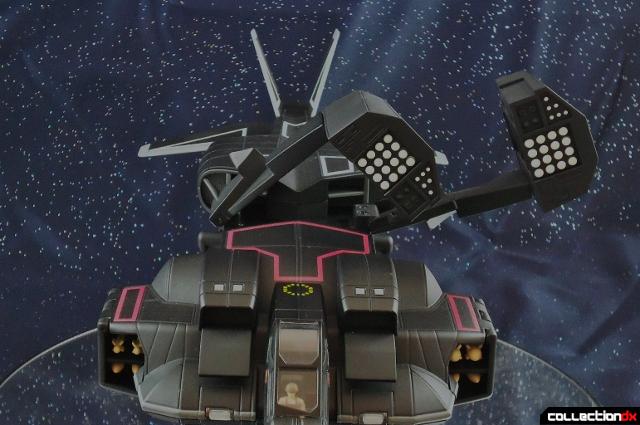 You then flip out the underside missile ports and your battle mode is finished. I love the details and the individual missile look of the bottom bays. 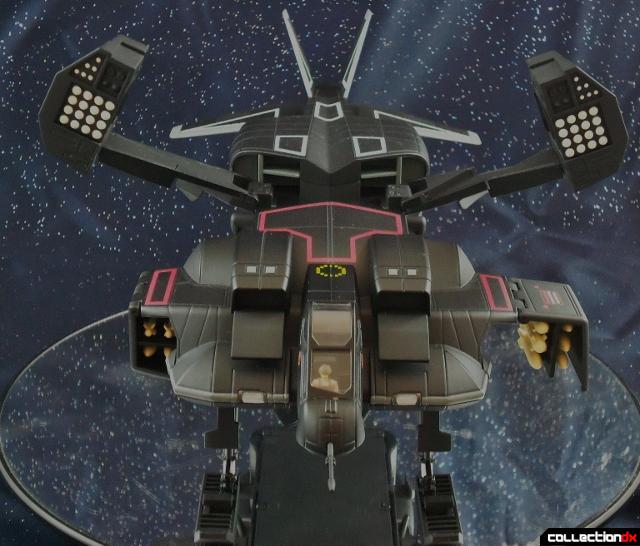 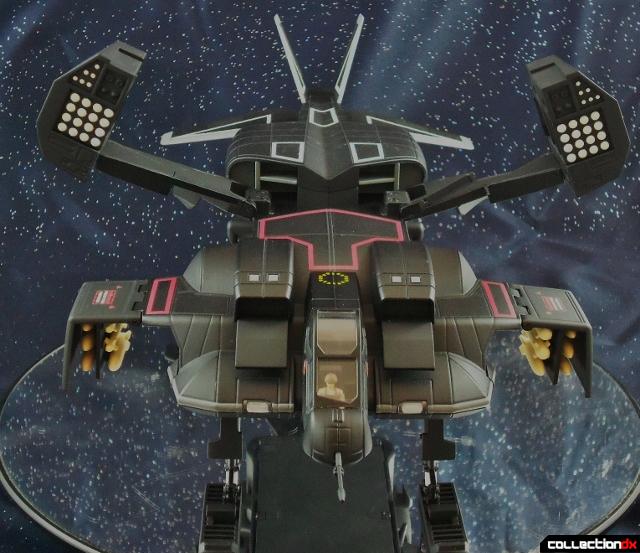 I love the lines of this ship from every angle-it is a cool quality piece. 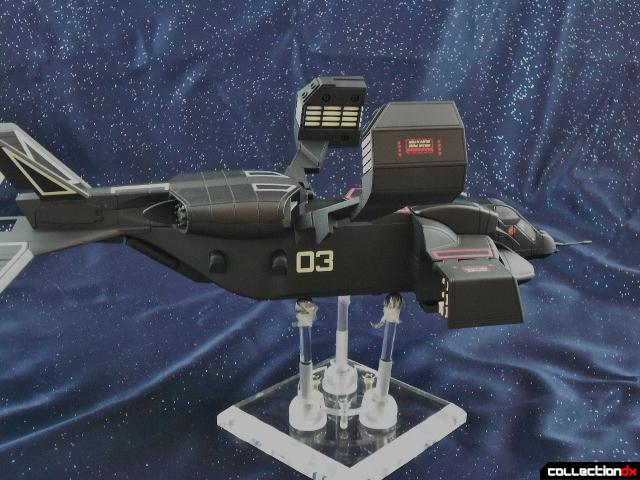 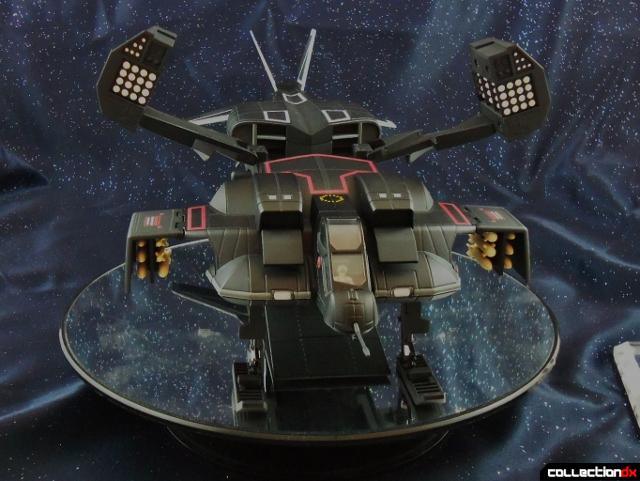 It should be noted how much die-cast the piece has in it. It would not be a cherished piece in AJPro DieCast's collection without it. The arms, flaps, and tail are plastic. The whole fuselage is glorious metal and the vehicle has quite a hefty feel. The size of the ship itself is around the size of red stone brick. 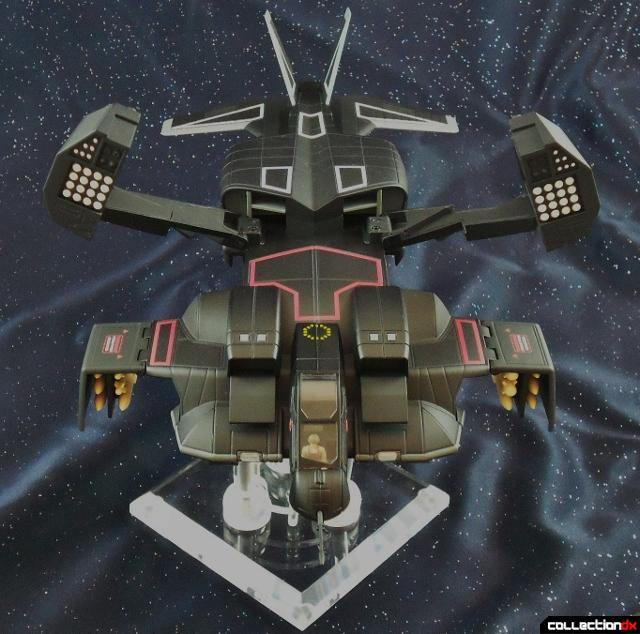 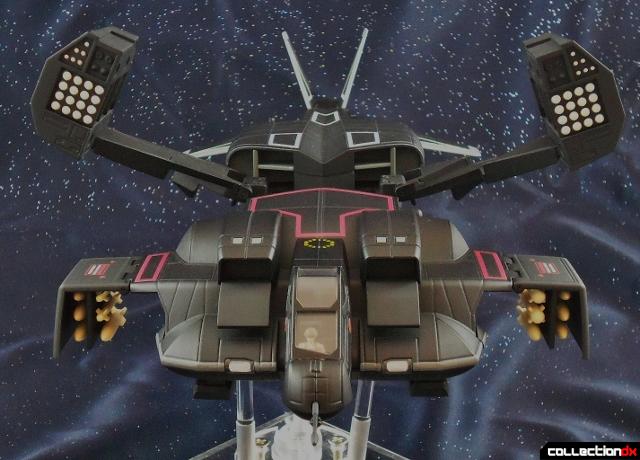 For the black version, you get a 1 inch Alien Queen figure, the detailing is nice, but kind of small. I think it is not to scale. 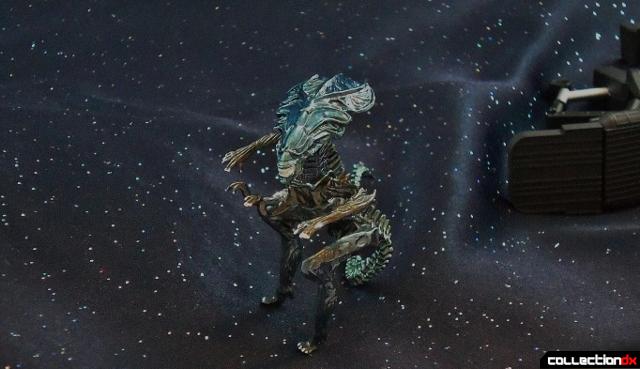 I will be doing a APC (Armored Personal Carrier) review soon. It's in the picture to show scale and where it stores and comes out of the ship. 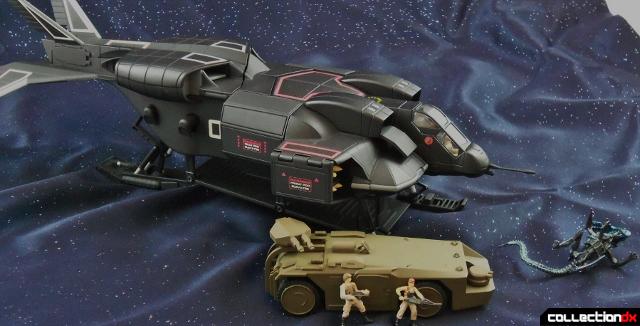 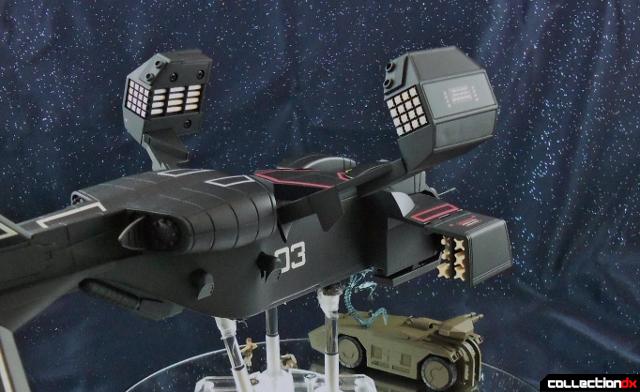 Overall, I love the piece, got for around $150 about six years ago, had all three versions and kept the black but recommend the original...especially because the APC comes in the original color only. This review has been sitting in my que forever, I hope you enjoy my comeback. 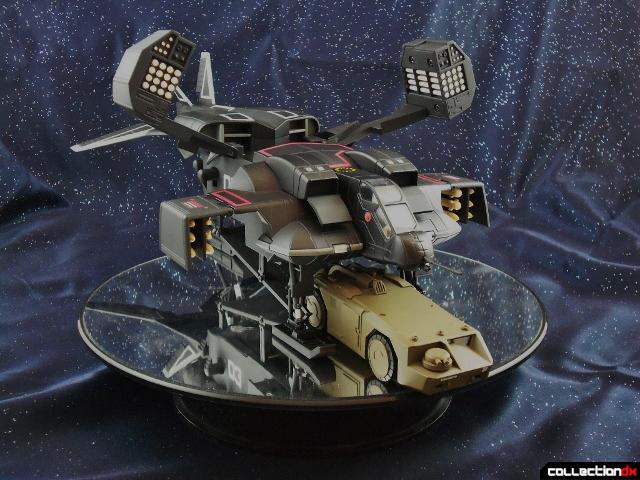 Hudson: Hey, maybe you haven't been keeping up on current events, but we just got our asses kicked, pal!

Never seen this one before. Awesome piece. I've seen Aliens probably a thousand times and I don't think I ever noticed that the dropship has forward swept wings.