Space Robot is a bootleg robot that I got along with a carnival machinder on Ebay many years ago. 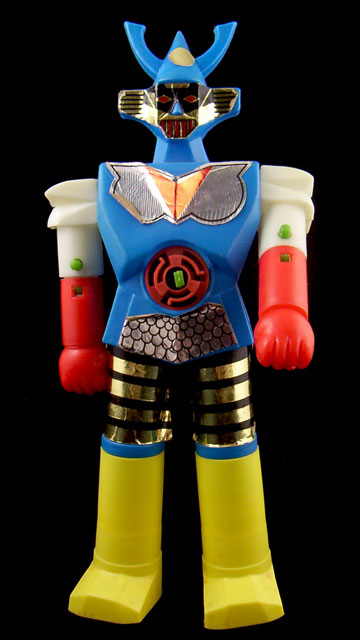 At the time, we had no idea what it was or what it was called so it was briefly given the nickname "Raidinger" due to it's rather bandit-like facial appearance. 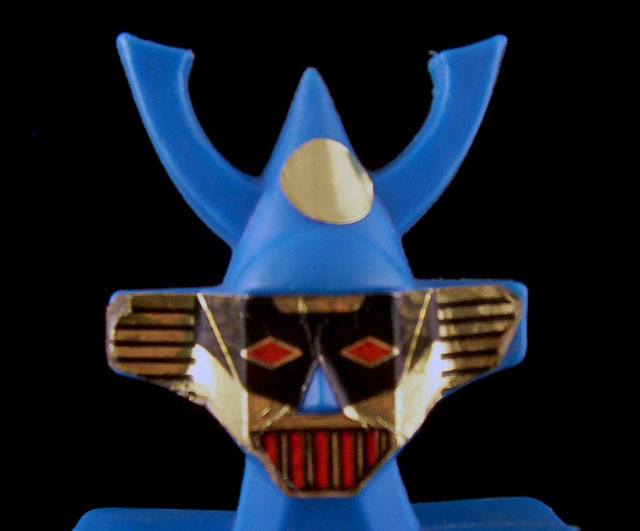 I would only discover it's true name several years later when a carded specimen appeared on Ebay. I missed out on that one but later there must have been a warehouse find or something but after years and years of there being none, suddenly a couple years ago someone showed up with about 10 of them for sale and they've been available pretty regularly ever since. So I added a carded one to my collection and when it arrived I realized that I had a variation on my hands, albeit a very minor one. Notice in the picture below that the button the launches the fists are a different color than the loose one. 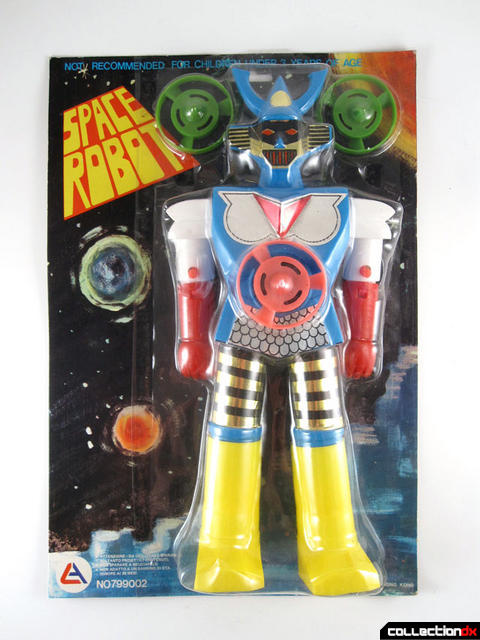 Made in Hong Kong for the Italian market, this guy has a very soft poly body but hard plastic limbs. Both fists launch as mentioned and it has a disc launcher in the stomach. It's an ugly but charming little bootleg and when I found it, I really didn't think it was terribly important.

Almost immediately another collector recognized it and starting asking me questions about it, not the least of which was "would I sell it?". Apparently, it is based off of an old Korean toy that the collector owned as a child. Here he is proudly showing it off! 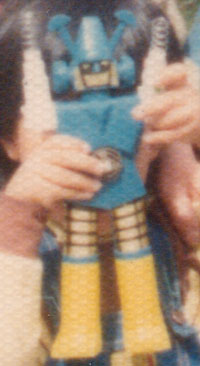 Honestly, I'm not sure now that that guy was accurate. Although the toys look very similar, I've recently been sent another picture of the original Korean version and although the picture was taken from a distance, it looks to me like the head looks more like the bootleg I have than the one in that old picture. I think that they are two similar, but different, toys. Oh, and it looks to me like the toy he had has the same facial sticker as the Korean Combattler I recently got.

Depending on who you ask, this guy may resemble Combattler V, Reideen or Dairugger XV. For the longest time, I associated it with Combattler, but I recently spoke to another Korean collector who called it Reideen. Maybe "Raidinger" is as good a name as any after all. 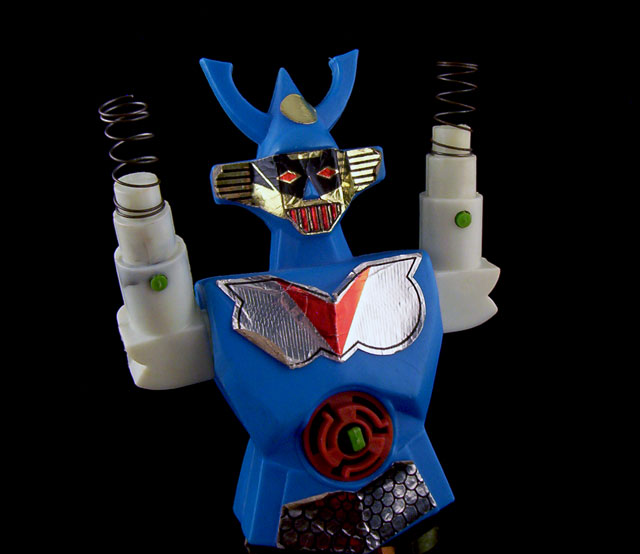 The strange bootleg robots are the most enjoyable part of this website.

There's about 5 other websites I know of,and probably a hundred I don't,where I could get a review on Transformers Bumblebee or the latest Macross collectables.
If you want a review of Space Robot,though,I'm pretty sure you can only get it at CDX.