Since reviewing the fullsize Heavy Tomorrow King Soh, I have read the Popbot comic and learned a bit about Tomorrow Kings.  They are autistic clones genetically bred to fight the Mortis robots.  It’s all a bit silly, but they are very cool in that flashy-yet-badass, rock and roll sort of way.  They wear designer sneakers and band t-shirts because, In the Popbot story, the human resistance is poorly funded, so they offer corporate sponsorship for the Tomorrow King program. 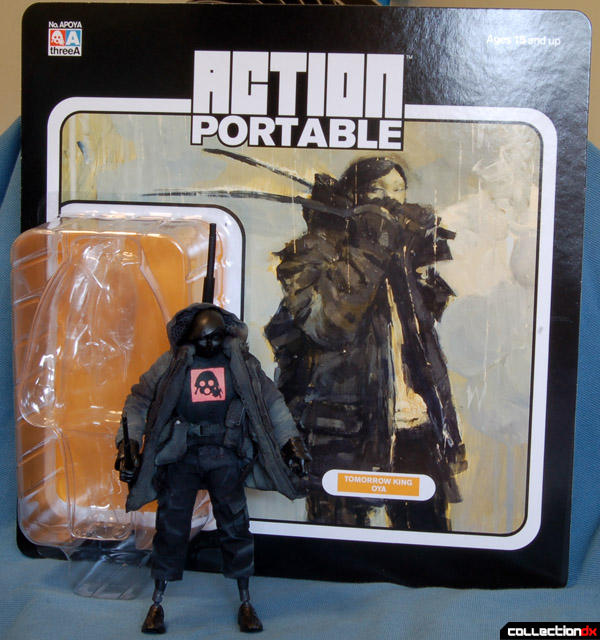 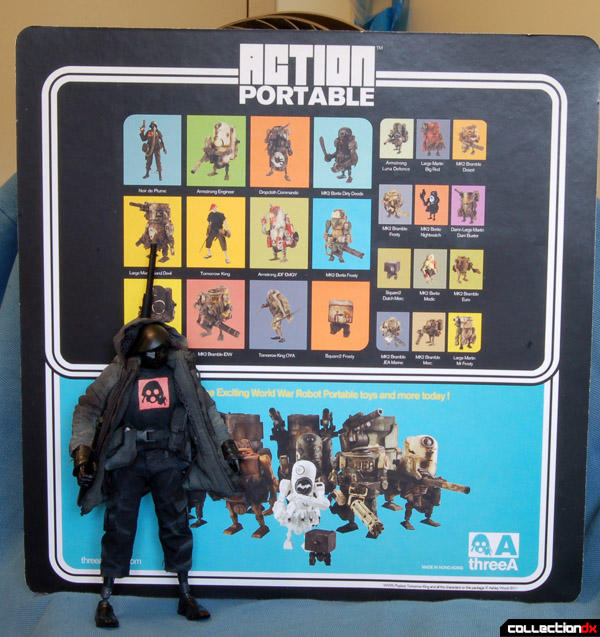 Action Portable is the catch-all 3A line for everything besides World War Robot in the Portable 6” scale.  There have been two Action Portable Tomorrow King releases that have shipped so far.  They are different, but similar enough that I will review them together, since they go together.  Like all of the Portable-sized human figures so far, the Tomorrow Kings come on awesome Kenner Star Wars-style blister cards.  They feature sharp, colorful graphics, and pictures of other Portable releases. 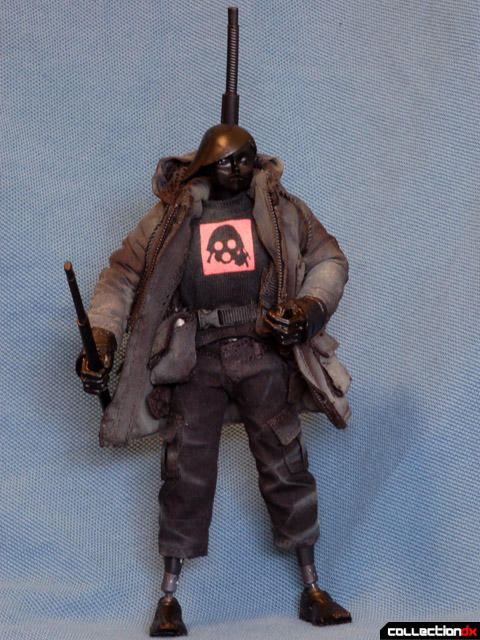 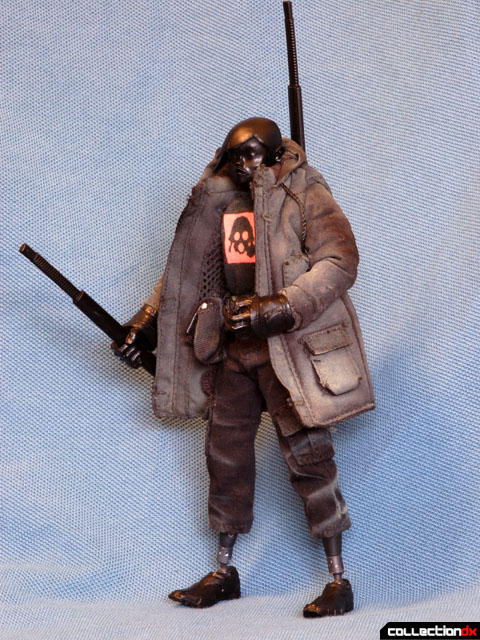 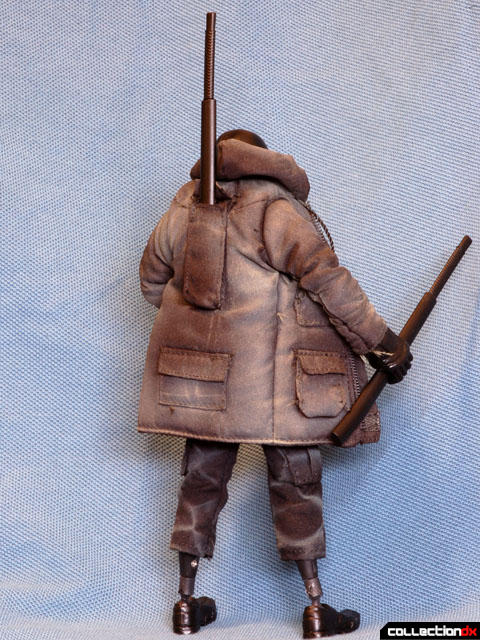 The guy with the coat is an Oyabun, special ‘higher functioning’ Tomorrow Kings that lead the way and strategize.  They also get two swords, so that’s something.  The Portable Oyabuns were released as the 3A Associates 2011 membership kit toy.  There were a number of possible Oyabuns in the packs, each a surprise.  The one I got is named Negro, a chase all black version.  He’s weird and kind of different from the usual weathered guys, but that makes him all the more special to me. 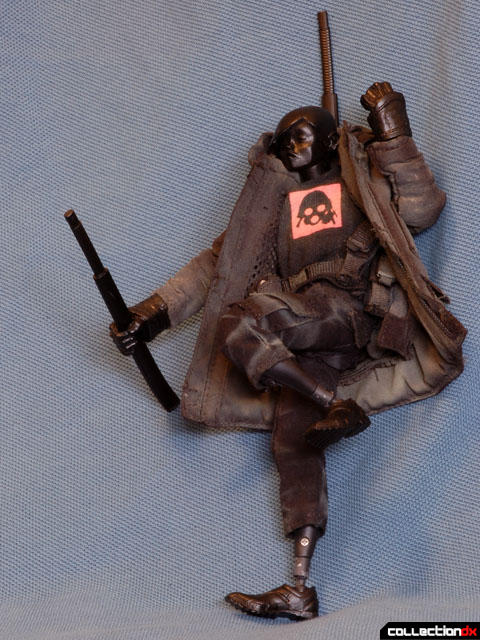 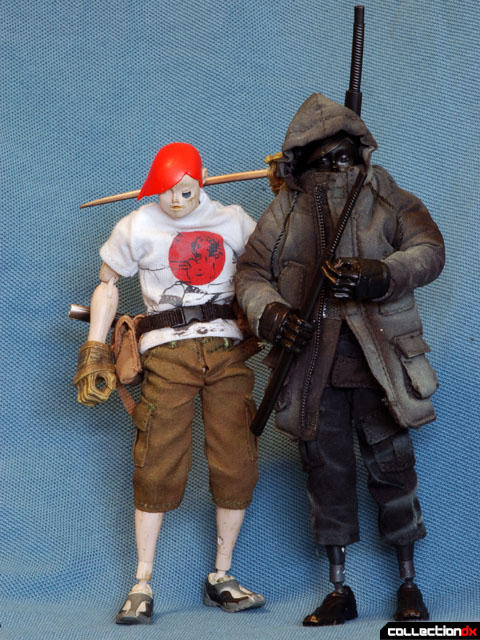 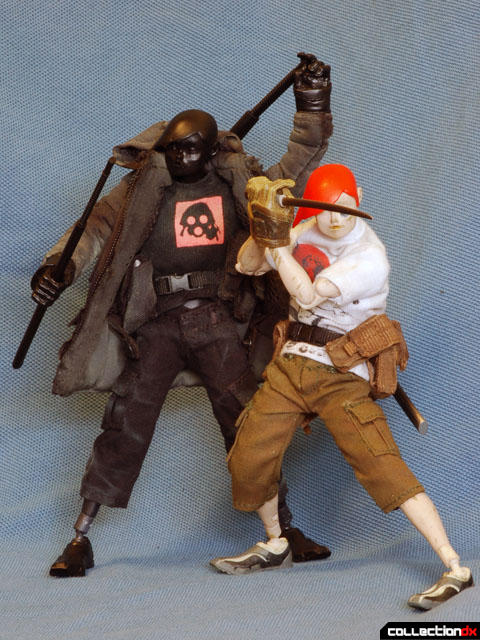 The articulation on the APTKs is great, since they all use the same super-posable 1/6 style body, shrunk down to 1/12 scale.  They are articulated everywhere.  The coat on the Oyabuns is poofy and hinders movement a bit, but it looks the part even in the smaller scale. 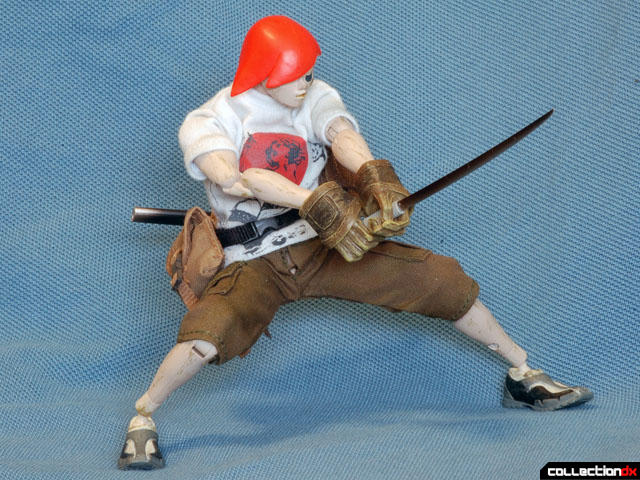 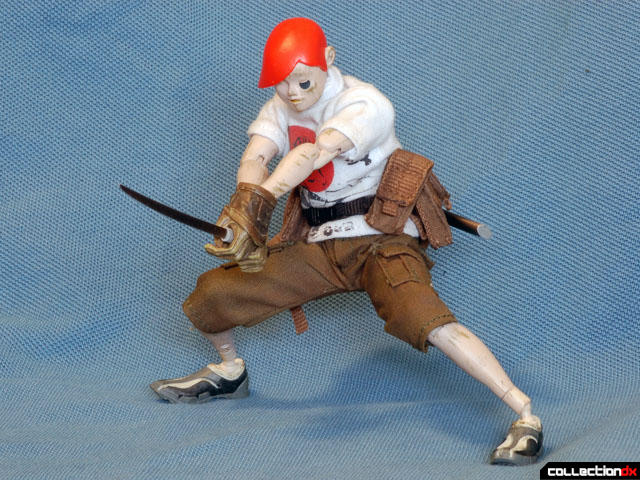 To help show off the articulation better, I’ve also got a Hideo from the first APTK release.  Less encumbered by clothing, he is ready to do battle.  Together, the two TKs make quite the pair, and I cannot wait to further build my ranks. 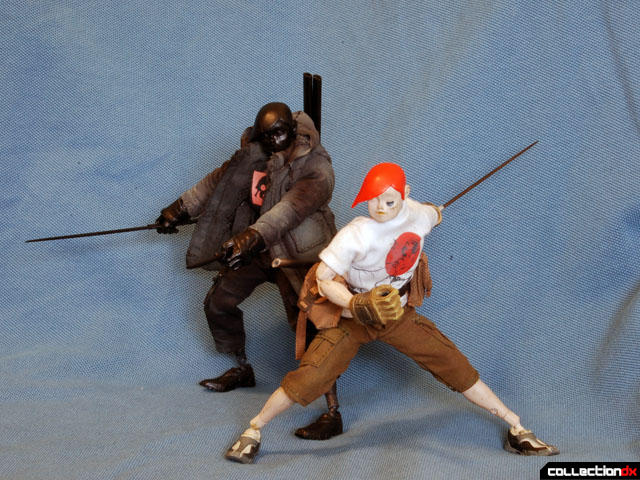 The one flaw with the APTKs is that their grip on the swords is lousy.  The left hand can hold them snug enough, but the right hand is molded with too large a grip.  It fits the scabbard fine, but the sword handles slide right through, so you have to balance them in there. 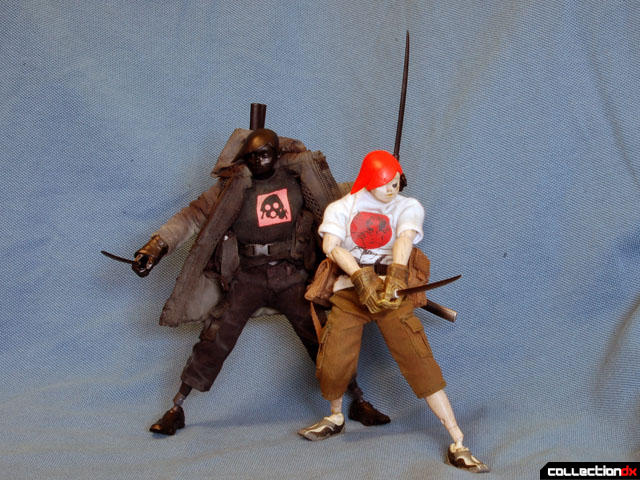 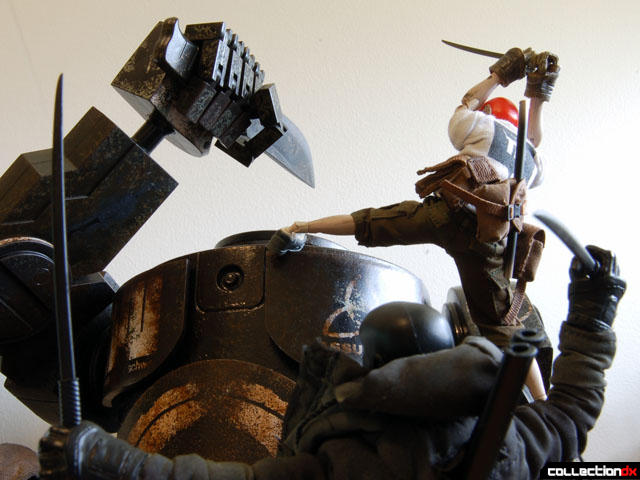 TKs look even better with something to fight.  The bot here is not actually from Popbot, but it serves its purpose with suitable largess. 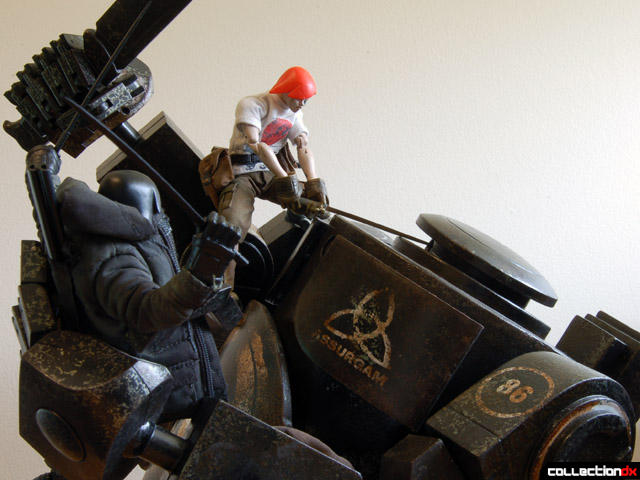 APTKs are on the market right now, but their aftermarket prices are steep.  Keep in mind that they retail for around $50, but are made to order.  They feel great in hand, so if you are interested, keep your eye out for new releases, or people unloading right when a batch ships.  There’s even photos on the 3A blog showing that Action Portable Heavy Tomorrow Kings are on the way!

I have that orange haired APTK sitting on my desk in front of me right now. I really like the review...great job...I will say that I haven't ruined my enjoyment of the toys by reading any of the source material. I know there are ardent followers of all of the 3A lines, but to me they just look good all together on one shelf. That way I get to make up my own stories...