The Ultra Act line of figures just seems to be getting better and better with each passing release. Not only in the detailing of the figure, but the quality of the build. My first Ultra Act figure, Ultraman, was a floppy mess that fell apart. I love the character and the figure sculpt but it was a bit disappointing in the end for me. Ultraman Mebius was better still because it not only looked nicer, but didn't fall apart. Now I'm on my third figure in the line and although I'm not a big fan of this character, I enjoyed the figure. 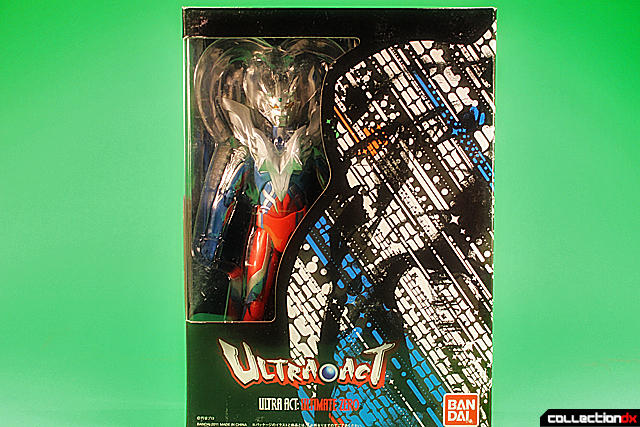 The figure itself is not too bad, especially when compared to the first figure in the line. This one stands rather well. Paint apps and sculpting is well done. 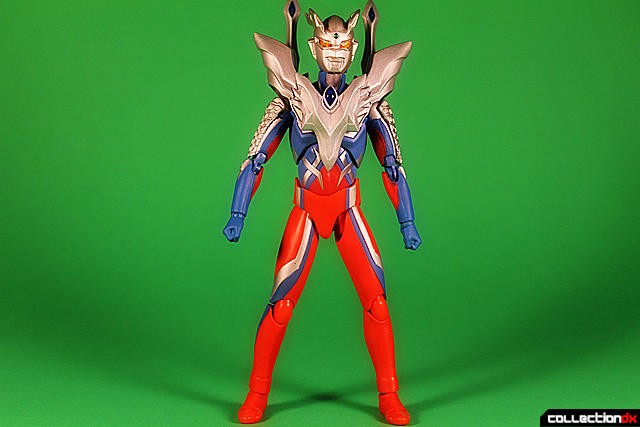 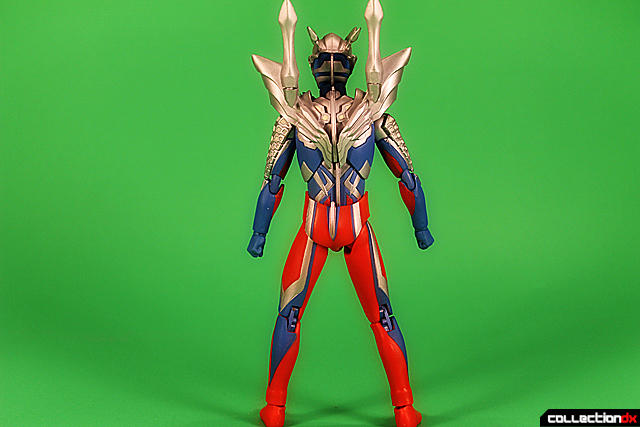 The only finish nitpick I had was the gaps on the spikes in the back which is apparent in all of the Ultimate Zero figures in this line. 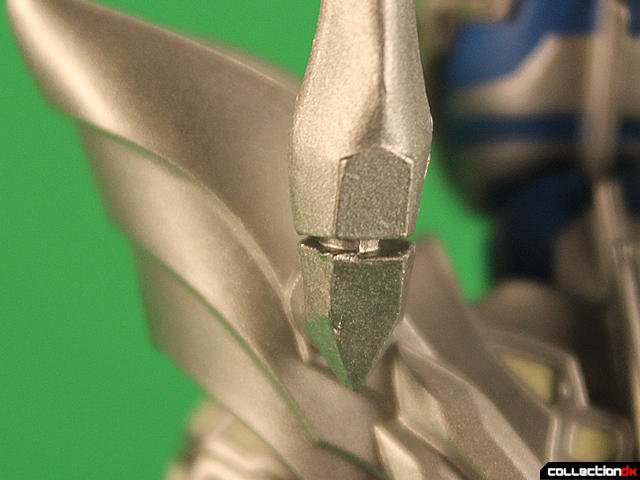 As you'd expect, the posing abilities of this figure are top-notch. It has a very good amount of articulation which is only slightly hindered by it's armor. So far, articulation of the Ultra-Act line has not been a complaint of mine. I quite like the ability of being able to have it kneel. Shown here with the Ultra Zero Sword. 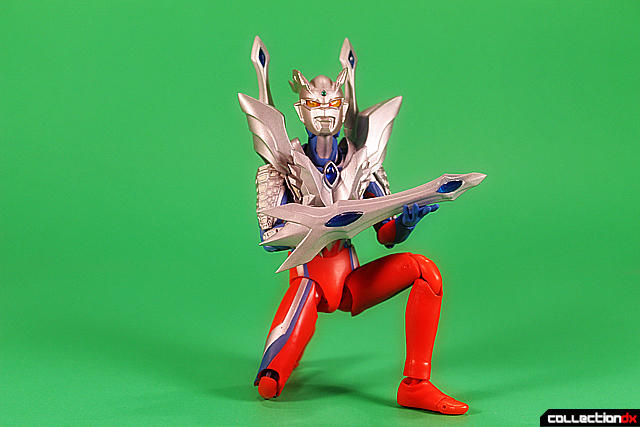 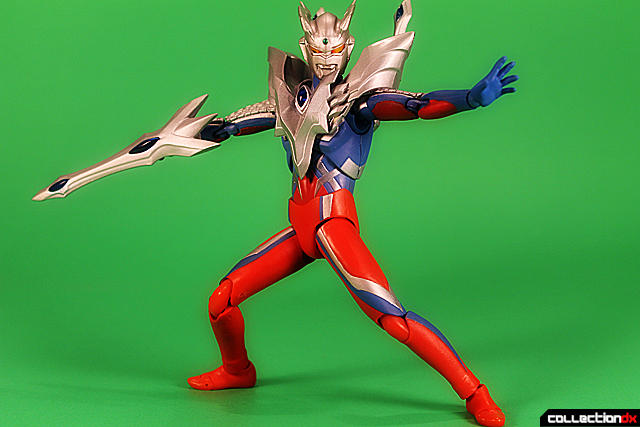 This figure has quite a bit of accessories including a good supply of hands. First, let's take a look at the Ultra Zero Bracelet. The Ultra Zero Bracelet is rather small. To use it, you must carefully remove the hand, then slip on the bracelet and finally replace the hand. Care must be taken when removing and replacing the hands as the ball joint is rather small and only supported on one side of the connector. Any uneven force may cause the ball end to fatigue and eventually break as has been reported on earlier releases. 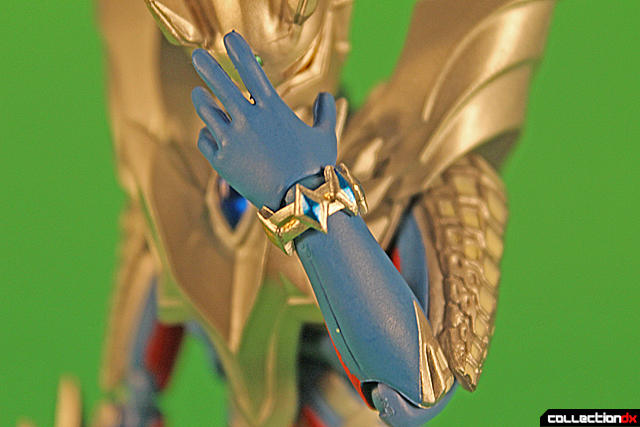 He's also got this arm piece that requires removing the hands to attach. The blue crystal you see is done with clear blue PVC and looks very jewel-like. 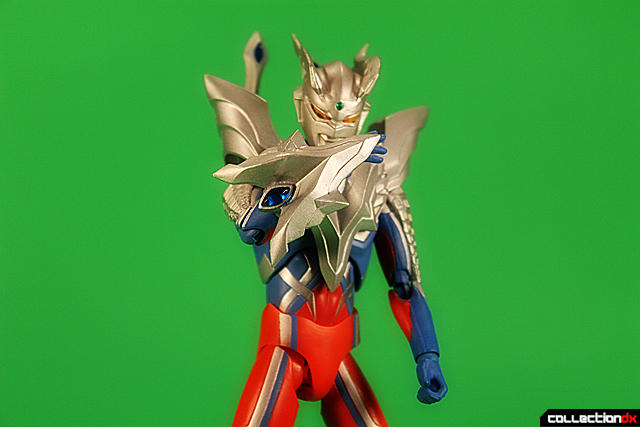 Last but not least, he has his Ultra Zero Lance, which comes in both forms. Change from the lance to it's shorter form, simply requires the rod to be removed from in between the two end pieces. 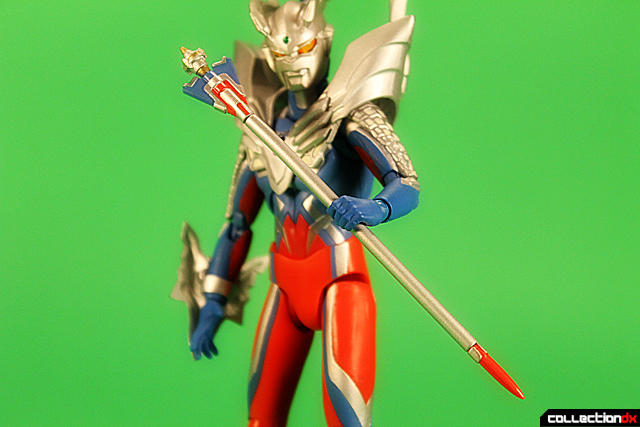 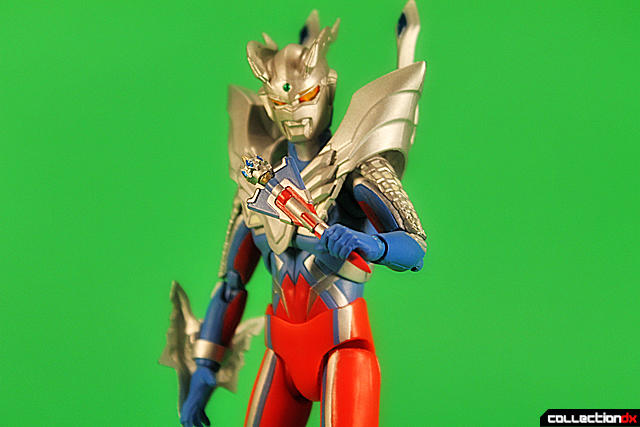 The chest piece can be swapped out for this alternate one. 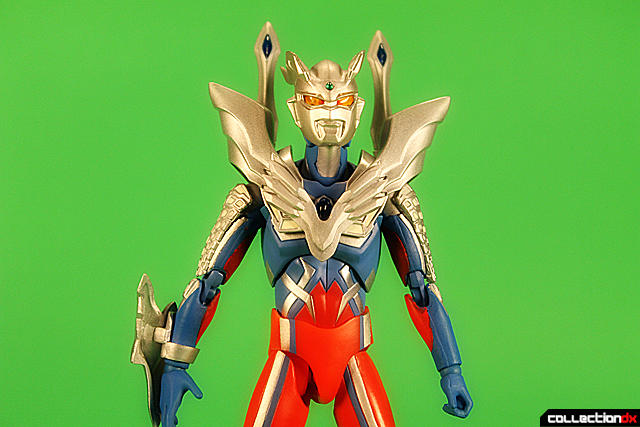 Overall not a bad figure. I'm not so thrilled about it's design as I typically enjoy the old-school Ultraman more, but it is a pretty cool figure with a nice sculpt. It has definitely grown on me since I got it. 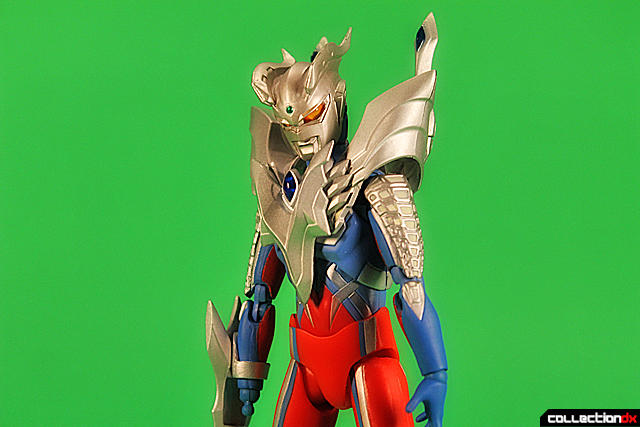