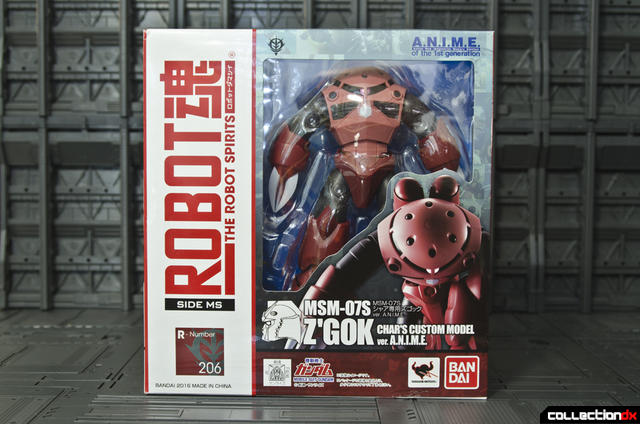 Z'Gok stands 5 1/2 inches tall and will scale with other Robot Spirits releases. 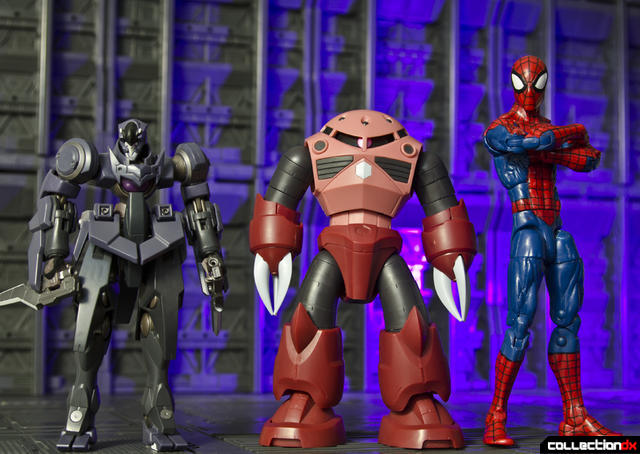 OK, now that all the boring stuff is out of the way, lets get into the meat of this review. Char's Z'gok is simply amazing. No other description does this toy justice. Lets break it down. 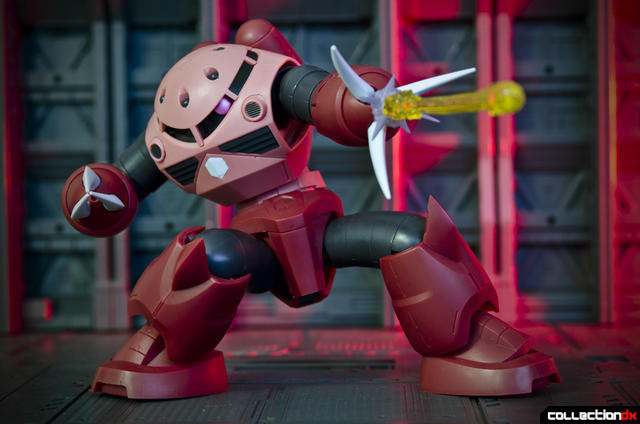 Z'gok is molded in all color plastic with the exception of his mono eye wich is painted in a metallic pink, and the black portion of the upper chest vents. The plastic is the same high quality that you would expect from Bandai and all of the molded parts are sharp and crisp. 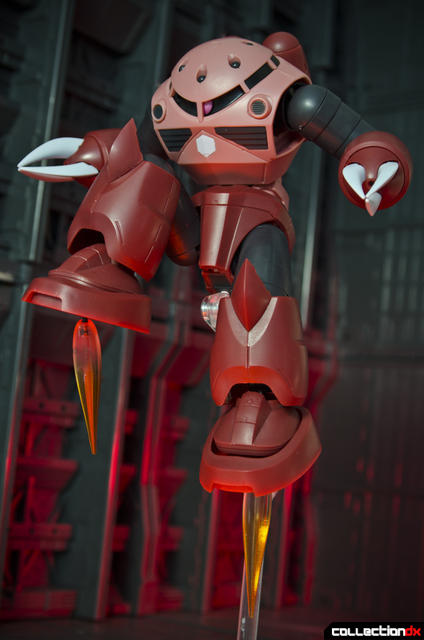 Articulation is where this figure really shines. The figure is engineered in such a way that it can pull off some wildly dynamic poses while still maintaining a seamless sculpt. Bandai accomplishes this by including sliding panles in the hips as well as a pull down hip joint that allows the hips a wide range of motion. The shoulders are on a hidden butterfly joint, and the ankles are on a hidden pull down joint. The torso also has impressive amount of range wich allows for some very nice crouched and "Iron Man" poses. All off this articulation is accomplished without making the figure feel fiddly or cumbersome to handle. 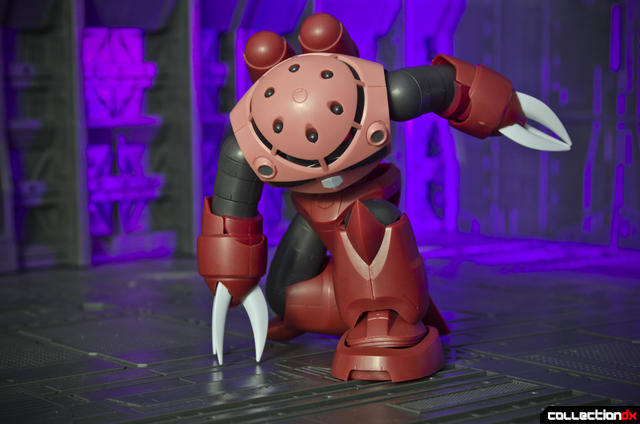 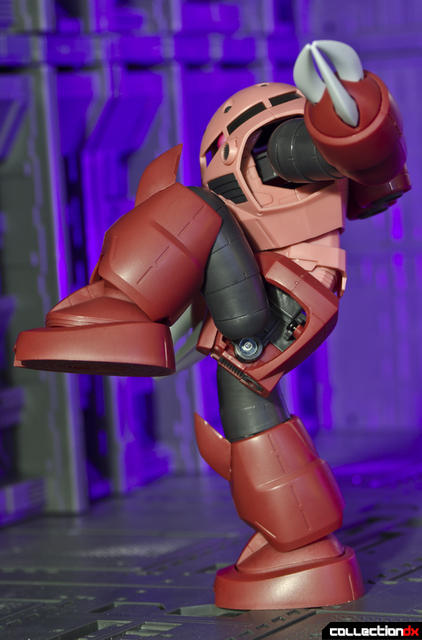 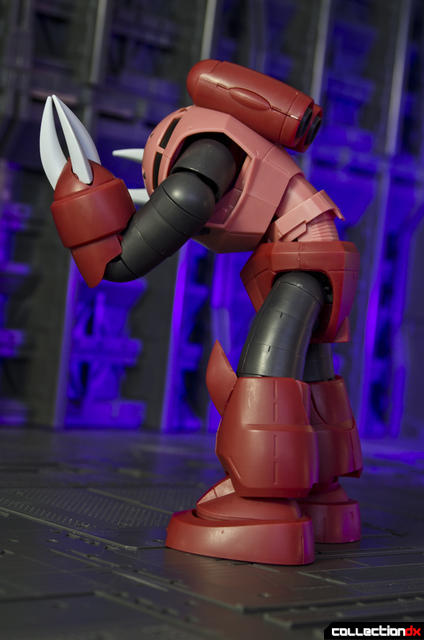 The mono eye has several positions that it can be set to by removing the top of the head and moving the eye into a different tab. 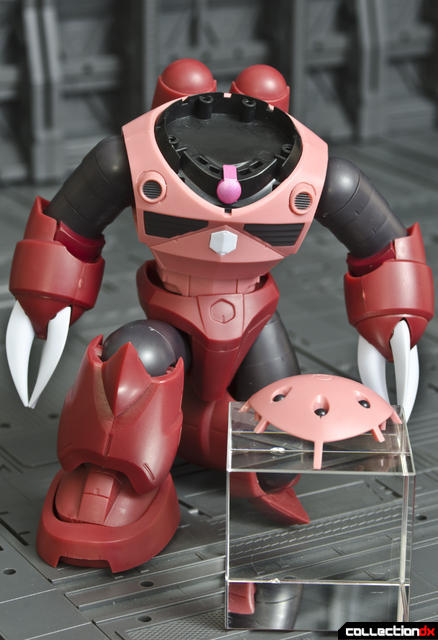 As if the engineering and articulation arnt enough to convince you that this is a solid release, Z'gok also includes a lot of really cool accessories. These include four different effect parts, plus replacement claws, and a replacement stationary mono eye. 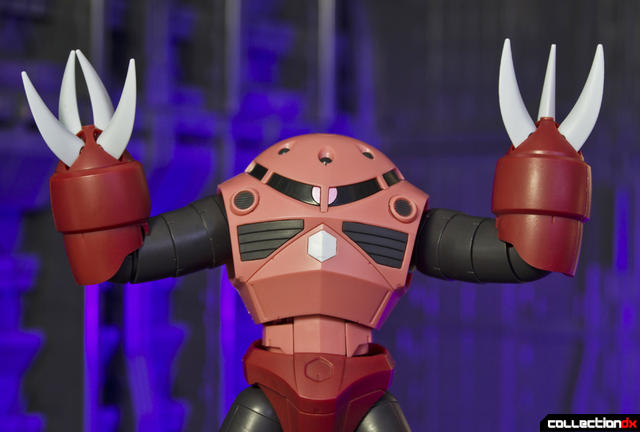 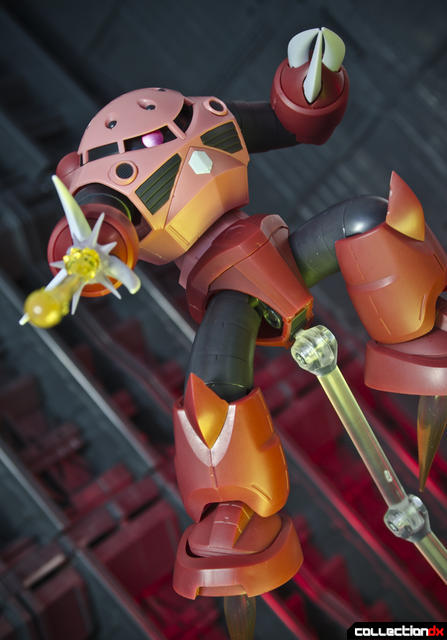 The thruster effects can be used in the back pack, or the feet. 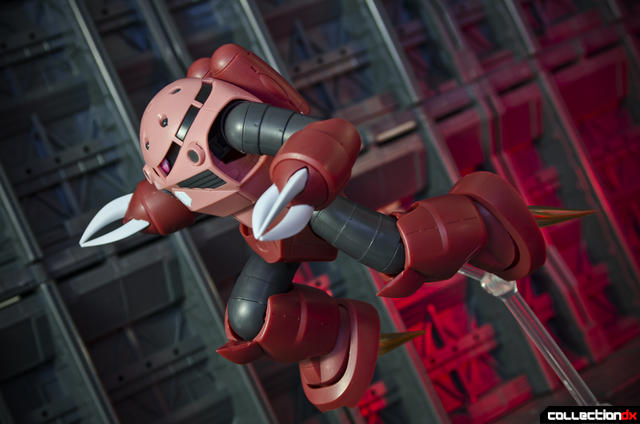 Z'gok has a tamashii stand port hidden in its hips. 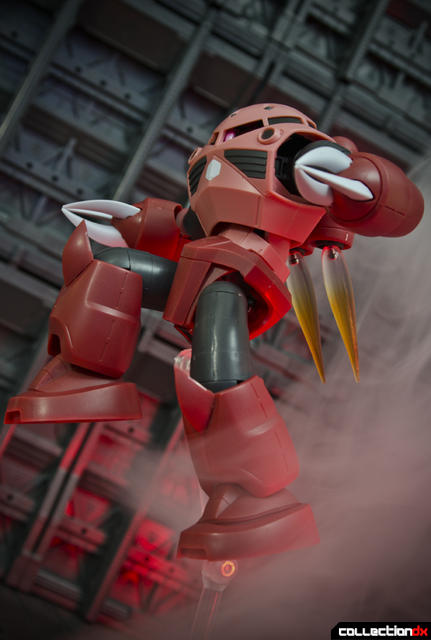 I absolutely LOVE the battle damage parts and hope we see a lot more of these in upcoming releases. The "claw stab" effect parts are almost cool enough to make me want to get the GM just so I can put them to use. 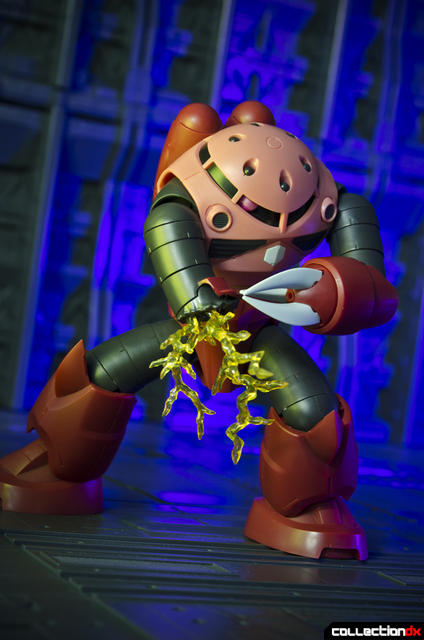 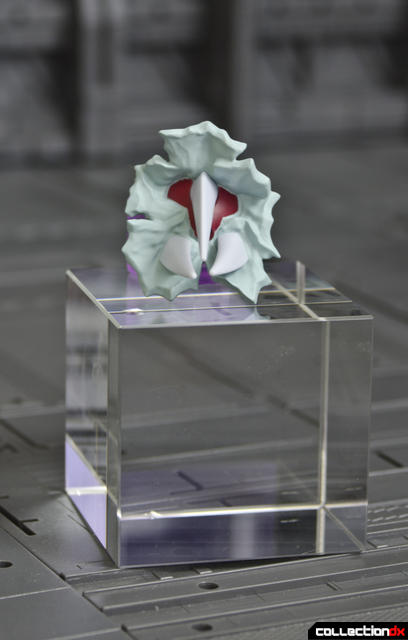 Another area the figure really shines is in it's balance. The feet are big and bulky with a lot of surface area that makes posing very easy, and with the claws extended, even hand stands are a breeze. 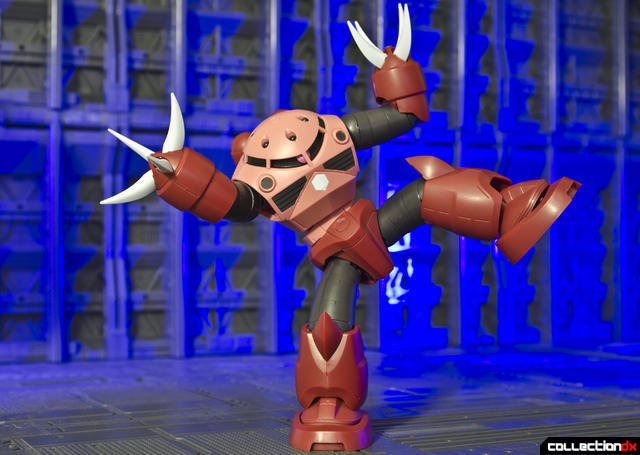 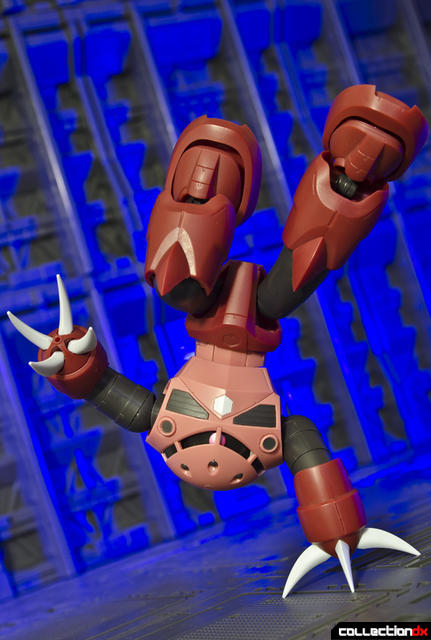 I only have one small complaint with the figure, it suffers from an abundance of nub marks, wich is nothing new for the Robot Spirits line. That aside, the combination of dynamic articulation, next level engineering, and wide range of accessories all come together to make Char's Z'gok one of my favorite Robot Spirits releases of all time. If you're a fan of Mobile Suit Gundam this is an absolute must have. 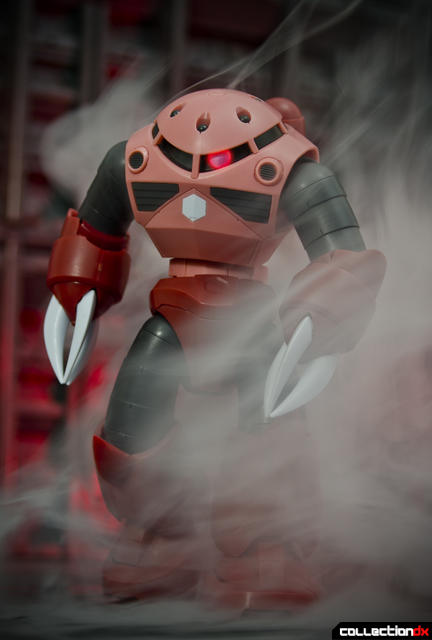 6 comments posted
Dammit, were where these

Dammit, were where these things 10 years ago when I was buying HGUC kits and spending hours building them?

Sweet! And very cool review! I'm loving this return to the mecha of MSG. Not sure if we'll ever get all of the Zeon suits in RS form, but we're just one Ball away from having everything on the Federation side, so I guess it's possible. I still can't believe they're doing the Guntank.

Im hoping for a Gogg.

I just looked at the list. Based on what's been done and what's coming, I wouldn't rule it out. But I'm guessing if it happens that they'll do the other major MSM units (standard Z'Gok, Zock, Acguy).