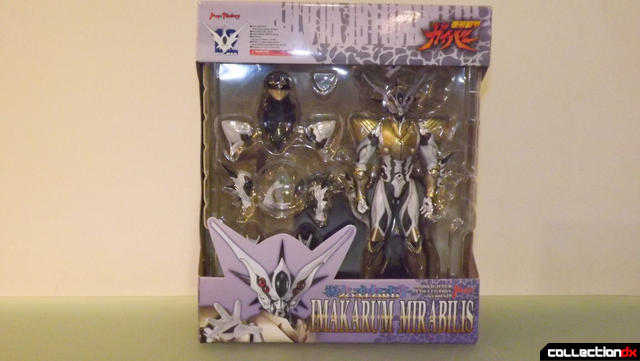 Imakarum Mirabilis was once Masakai Murakami, after being killed by Guyot, Murakami was taken by the other 11 Zoalords and brought back into being Guyots` replacement.

Hey look at how clever it is, Imakarum is Murakami backwards! 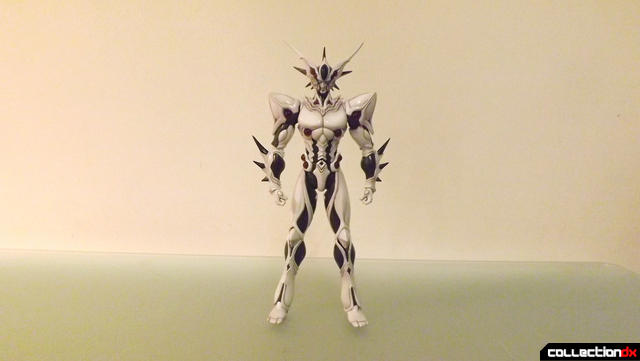 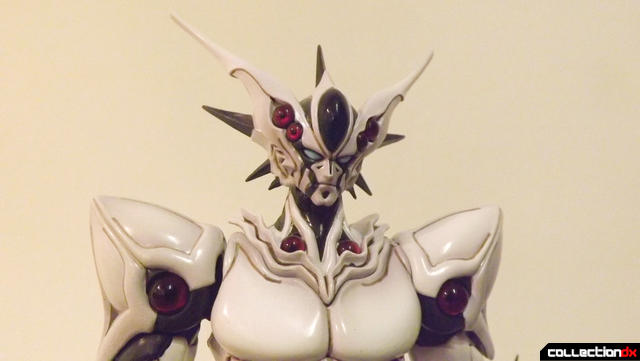 In his first battle with Guyver Gigantic, Sho Fukamachi was unable to bring himself to fight Imakarum and was quickly defeated.

Agito Makashima using the power of Gigantic Dark managed to defeat Imakarum and forced him to go into hiding to recover from the battle. 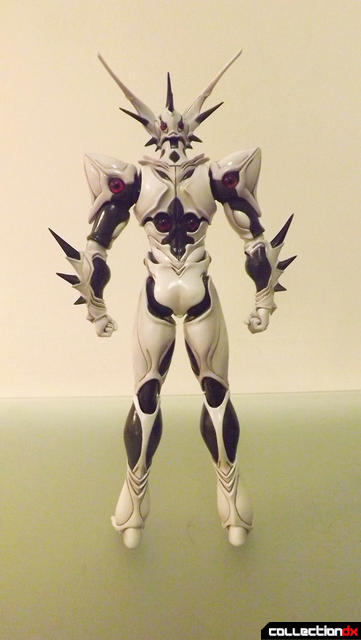 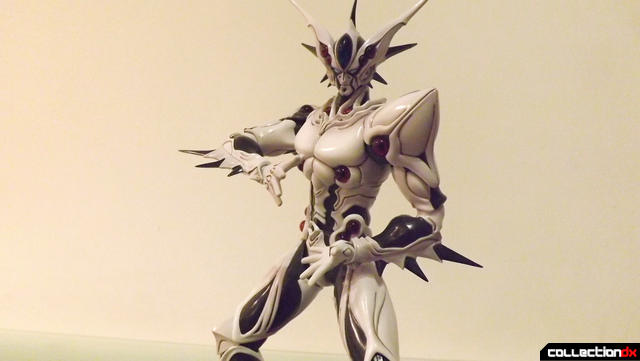 The figure stands at around 8 1/2 inches tall and the set includes the "Royal Armor" that can be added to the figure.

The forearm armor pieces can be changed from a smooth gold armor piece to separate spike pieces that fit into the armor under the elbows. 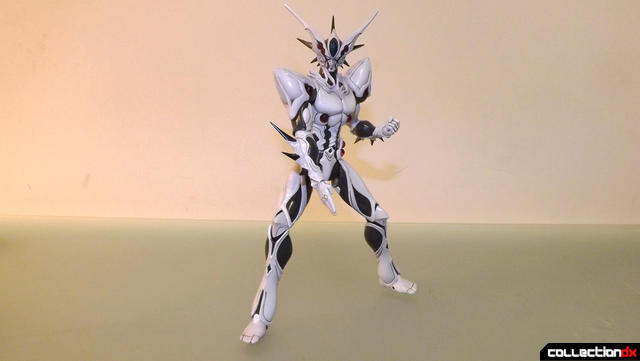 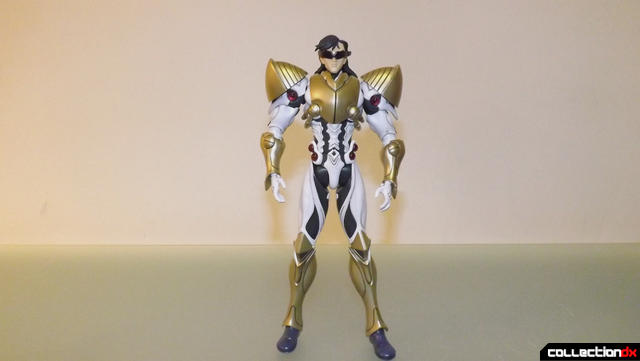 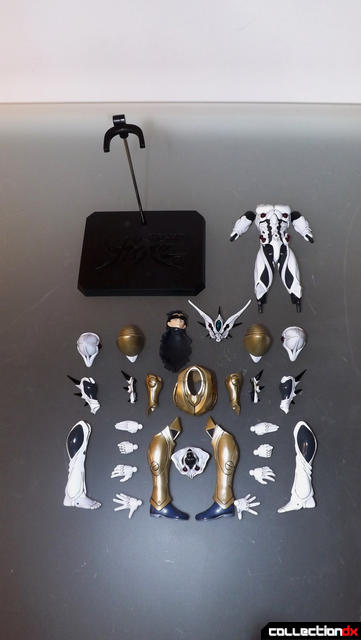 The figure comes with a stand and the final accessories are the human head sculpt with sunglasses.

This is the first human head sculpt in the line, the likeness is faithful to the character design in the manga. 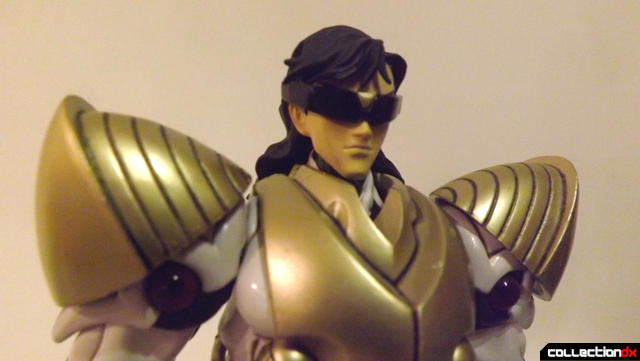 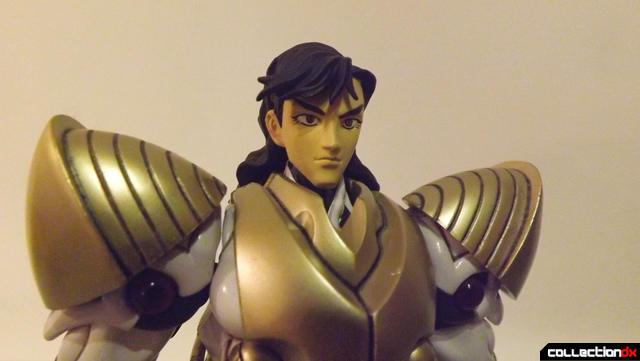 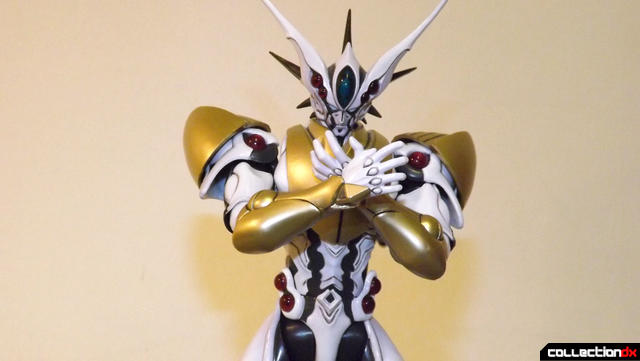 Imakarum was the last figure released in this line, but in my opinion is one the best looking in the line.

I'm not a fan of displaying the figure with the human head sculpt, but I do switch between normal and armor looks.
I've included a few pictures for size comparison. 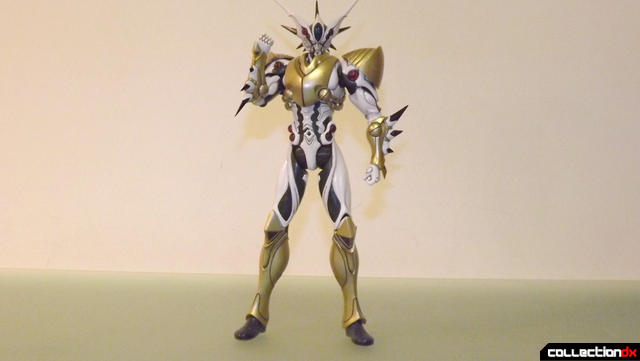 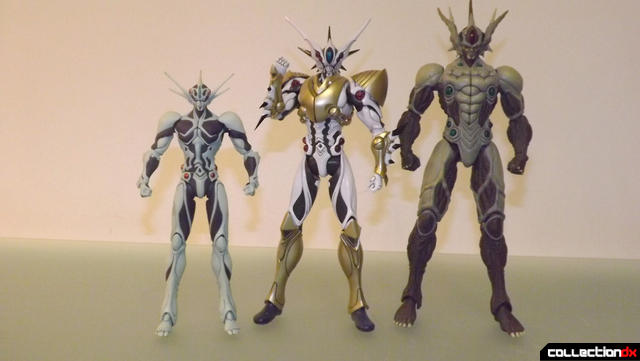 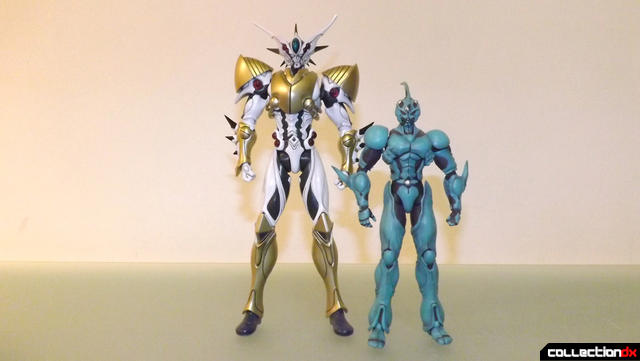 3 comments posted
man..i would love to own this

man..i would love to own this baby..looks really cool...

yeah...all of these guy are pricey to begin with..and looking at the ads on top is not that promising ^^;
never see this guy on sale though in my country..hope figma do him sooner or later..