Lately I have had a bit of a fascination with battery operated toys. One of my friends picked up on this and gave me a new and somewhat strange piece simply called the Transformable Plane.

Check out my video review to see Transformable Plane in action. 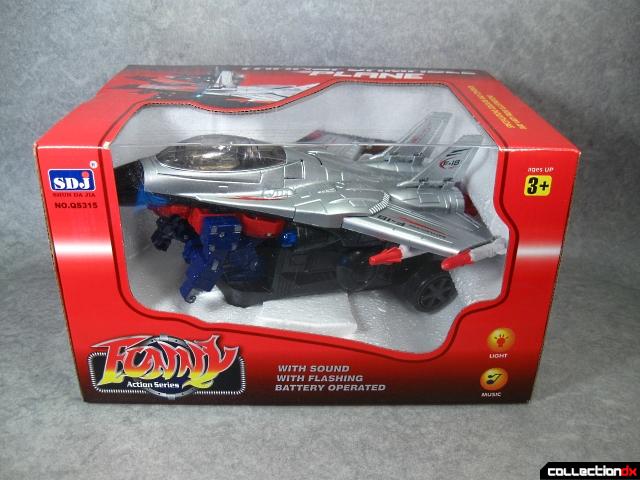 The toy comes packaged in a large window box and is held securely in place within a Styrofoam tray. 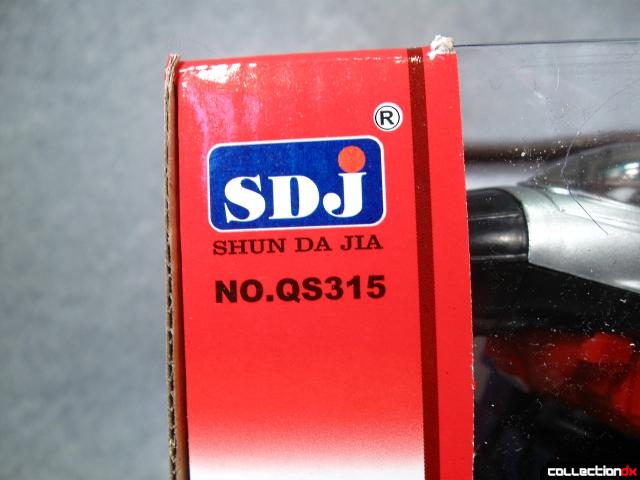 This piece comes from a company called Shun Da Jia who look like the perfect successor to Tai Fong toys. 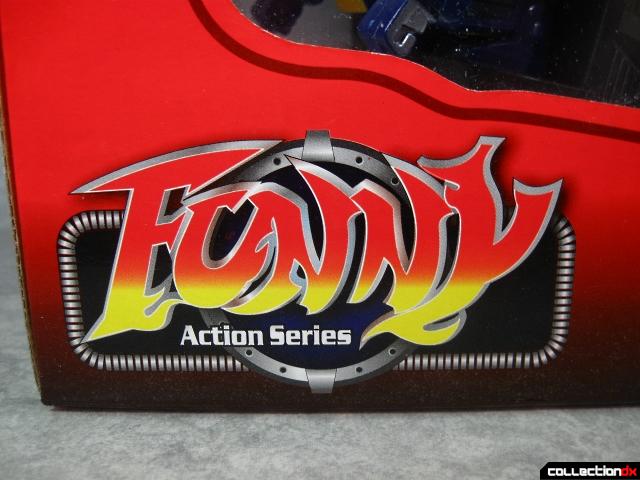 Transformable Plane is a proud part of the FUNNY ACTION SERIES! As you will soon find, it's quite hilarious! 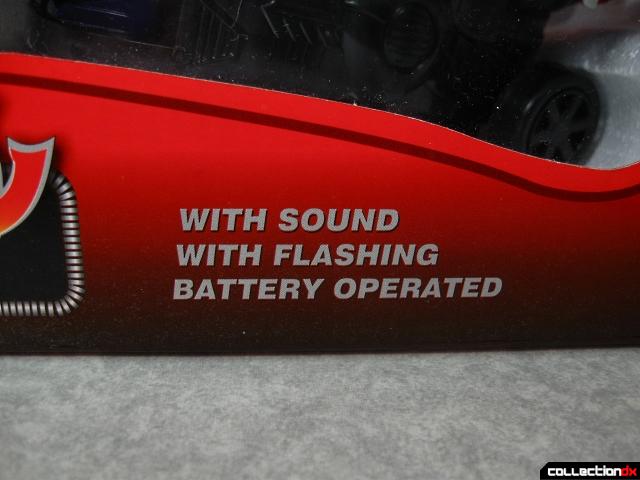 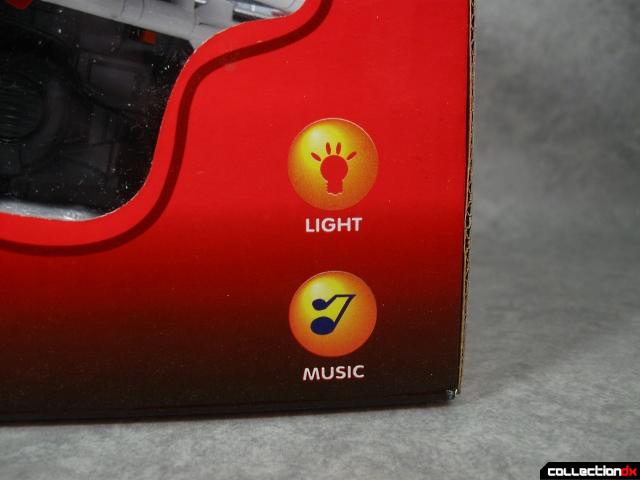 I like these little icons that help to reinforce the fact his toy has both lights and sounds. Well it actually says "music" which is a total lie, unless you consider an electronic speaker pretending to be a jet engine a musical genre. 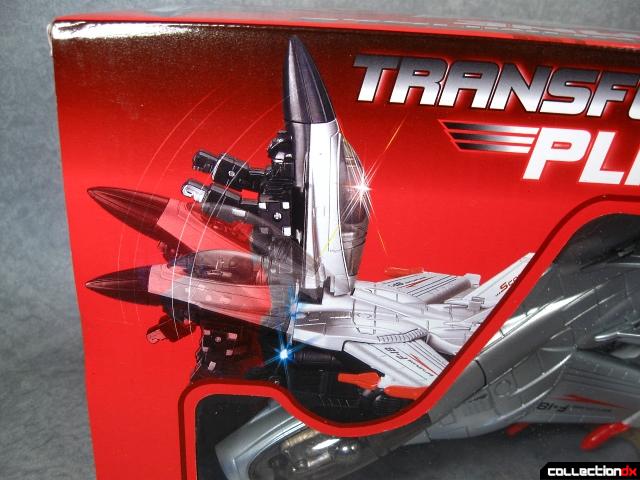 Here's a small taste of the magic! 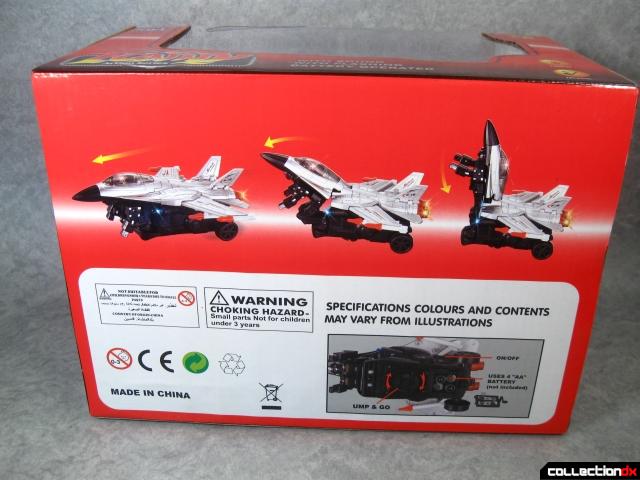 Automatically changes from jet fighter to robot and back! 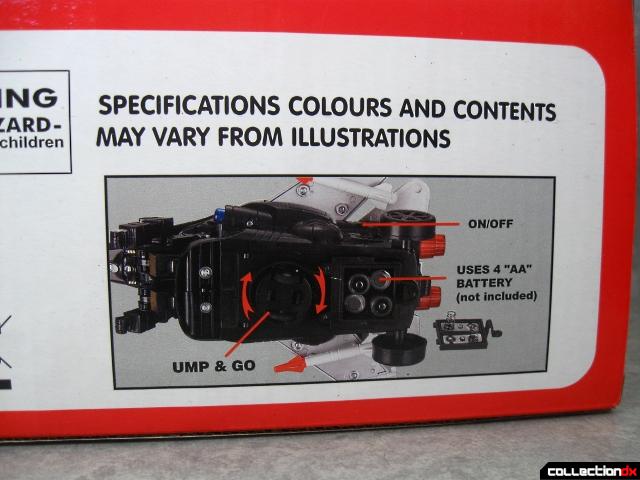 It takes four AA batteries to power this kawaiikochan!! She can kick it up to Mach 0.00138! 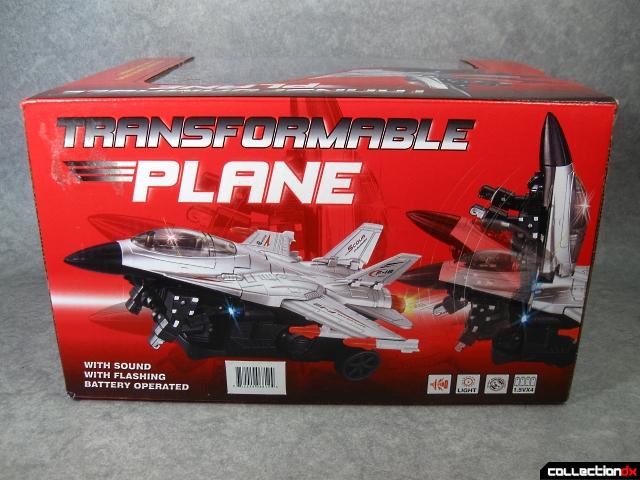 Hey the one on the back of the box looks different than the toy I got. 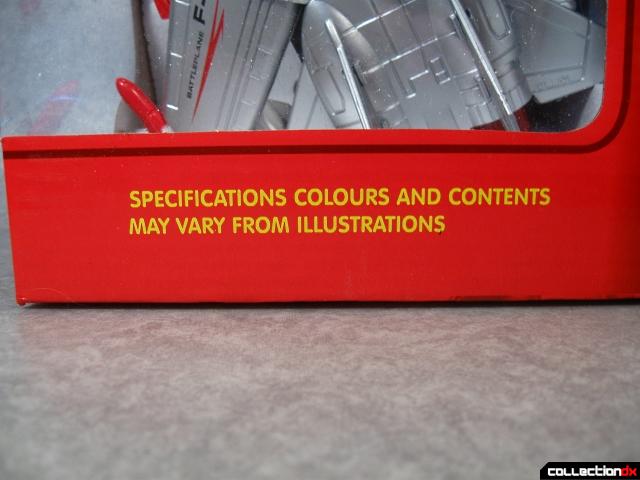 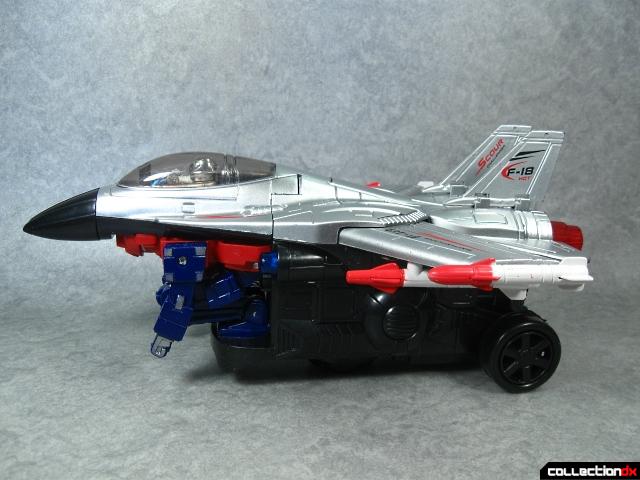 Here is Transformable Plane with its incredible sleek side profile! Nothing beats the aerodynamic qualities of a jet fighter with a giant block of cheap plastic toy tucked underneath. 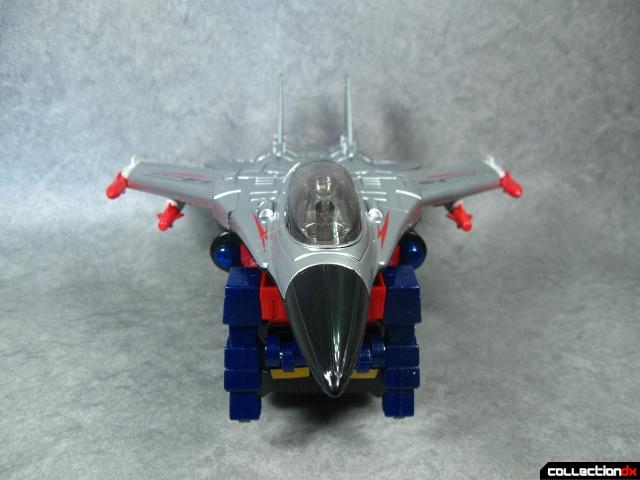 Still there's a small bit of dignity to the airplane bits on top. If someone smoothed it over for animation it would probably look pretty cool. 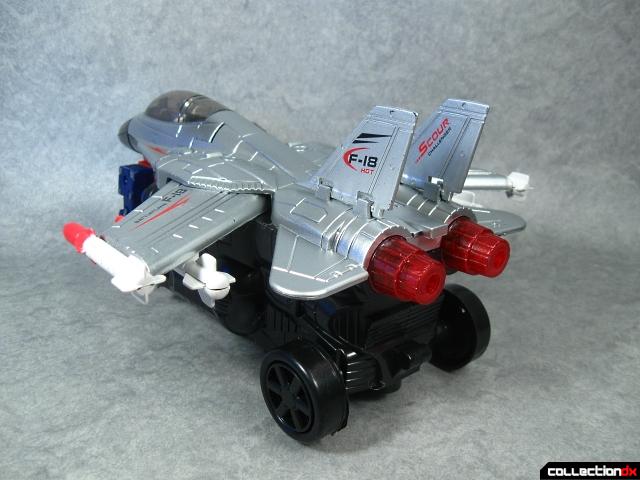 The wings move in and out but you have to sweep them manually. All the transparent bits like the engines light up as the toy is in motion. 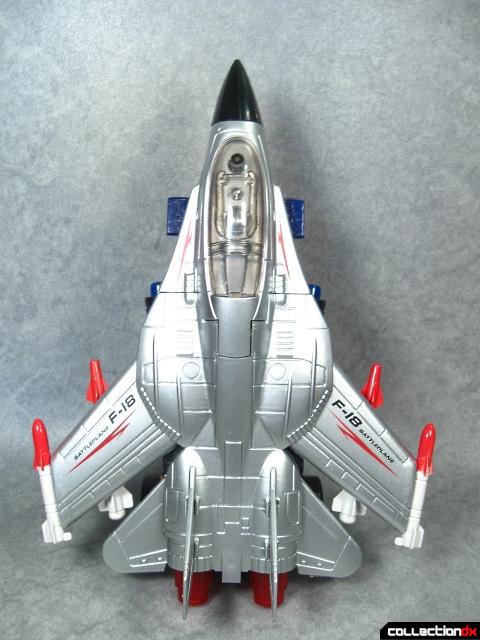 This toy is a testament to the popularity of the F-14 Tomcat as it clearly based on the famous fighter jet. Although the way the front tapers makes it look like it's the chibi offspring of a Tomcat and a Flanker. 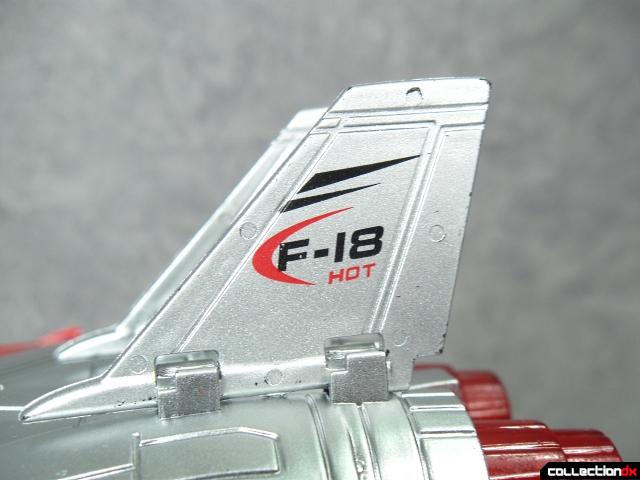 Going by the tail fins, we can conclude that this "F-18" is HOT and certainly isn't NOT. Incidentally, the tail fins can fold down for no discernible reason. 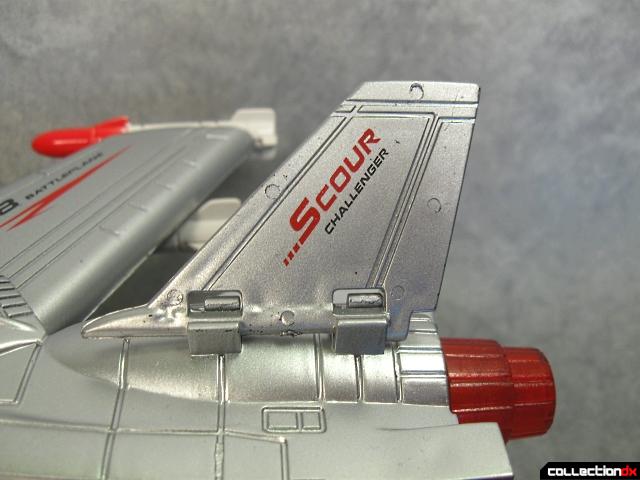 Well I suppose being able to fold the tail fins down lets you see that this plane is a SCOUR CHALLENGER. I am not really sure what to say about that as most fighters jet in real life do not go on Combat Scouring Patrol. 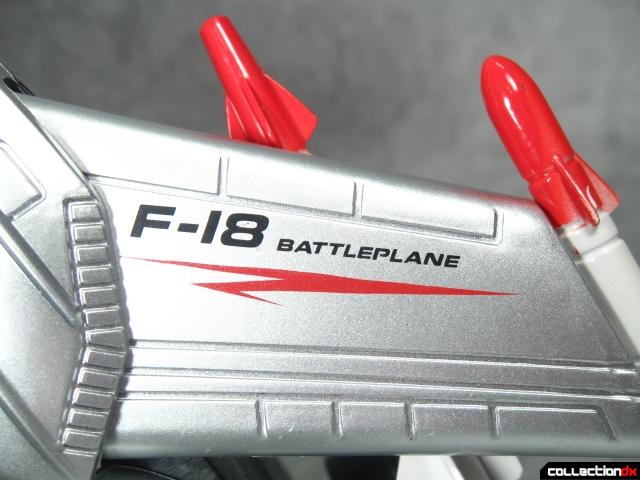 Lastly, the wings claim this is a real BATTLEPLANE! 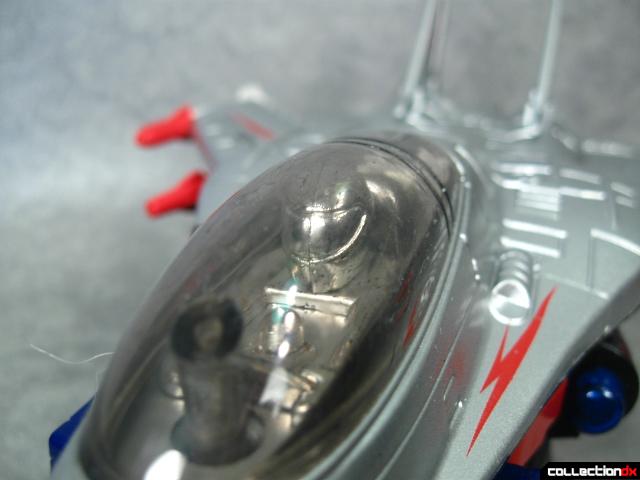 If we look real close at the cockpit we may find that some Stigs fly aeroplanes... 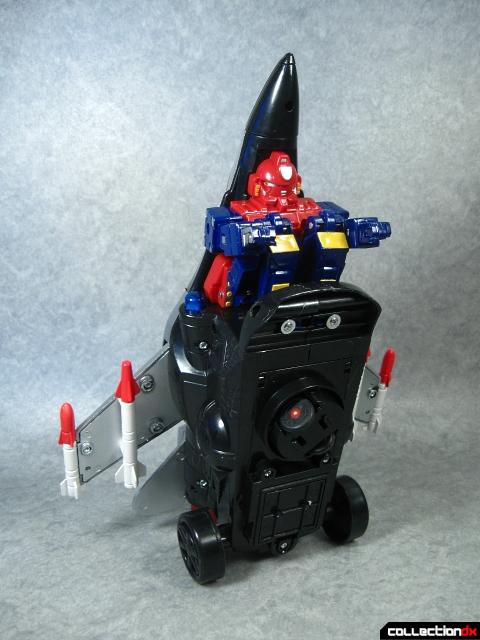 If you rest the plane on its end, you have exposed most of the robot mode. When the toy is turned on the little wheeled turntable spins around and sends the Transformable Plane in random directions. The back wheels spin freely. 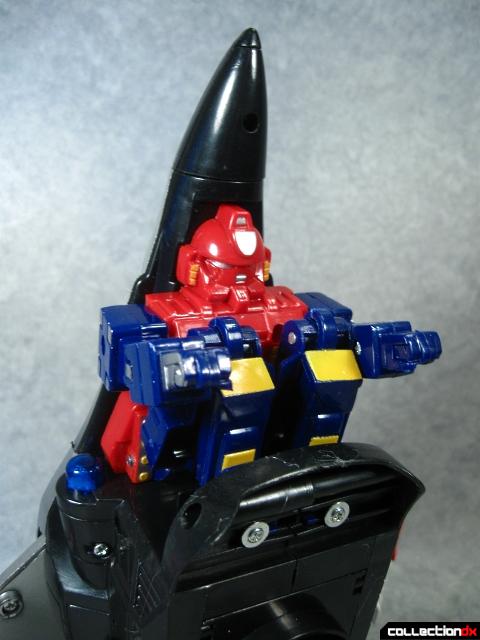 We'll get back to this once he's a little more decent. 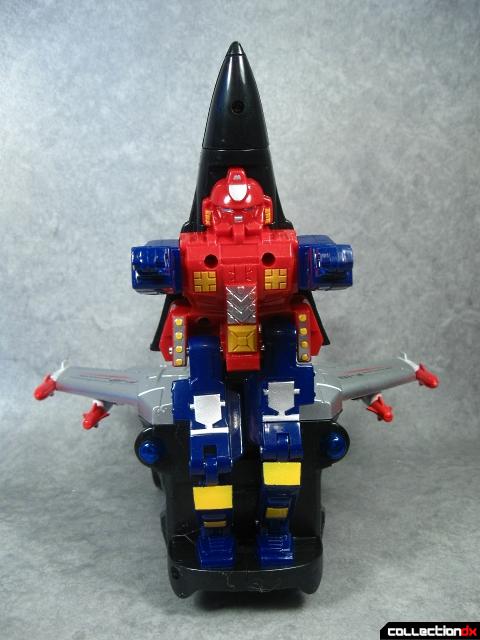 By letting the figure run a bit, you can have it stay in robot mode. As the toy fritters around the room the robot does squats while a cheap electronic speaker gurgles out some fake engine noises. 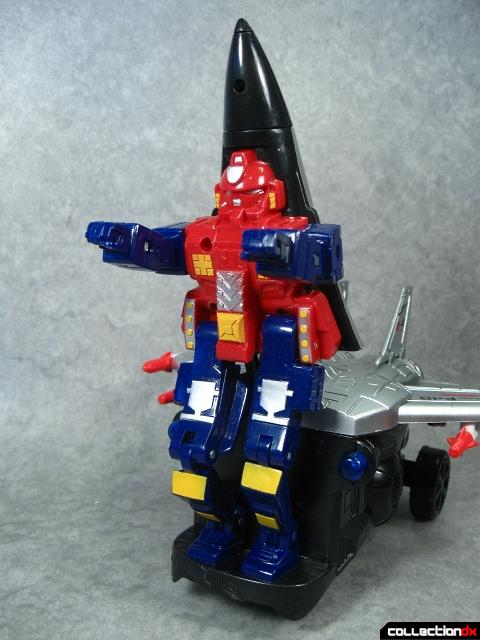 The design feels like a cross between a Gundam and one of those monster truck rally attractions like Vorian the Jet Car. Sadly aside from the exercise action the robot is immobile with its arms forever locked in a "gonna rev up my boss hog" pose. 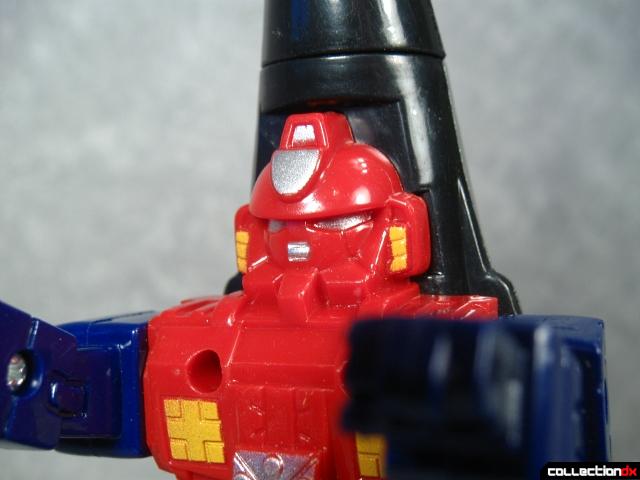 Up close we can see the Transformable Plane has a mighty chin like the Gundam Ez8. 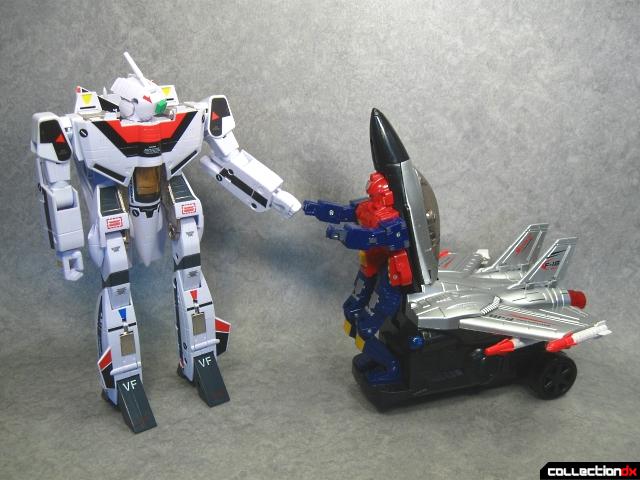 While the Transformable Plane isn't the prettiest thing with wings, it has a little bit of charm that earns some respect from other transformable planes. 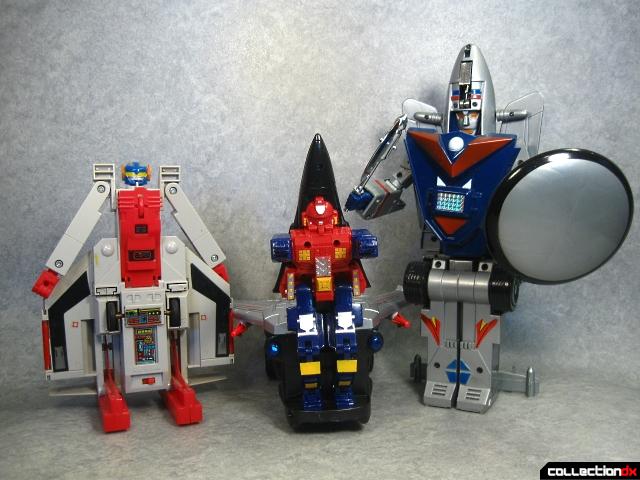 The Transformable Plane is exactly what you see here: a low end battery operated toy designed to distract someone for a little while before it stops working. Unlike Robotic Aeroplane or Changing Robot, it lacks any kind of aspiration to be more than a bundle of flashy gimmicks and suffers for it. This very same base design has also been used to create a Thomas the Tank Engine inspired monstrosity that I believe is sold under the same FUNNY ACTION SERIES label. Still the Transformable Plane is kind of cute in a slightly malformed sort of way.

4 comments posted
Get ready to...

If you're interested in these kind of toys, you should check out SirToys. http://sirtoys.com/ , if you haven't already. They sell Chinese toys. Most of them are bootlegs, but they also have some interesting original toys.

I love the fact that you're building a bit of a collection of horrible stuff like this, even if it's not entirely your doing. Someone needs to show these toys some love.

They seem to be finding me. I'm like the strange airplane related battery operated toy orphanage.