Trying to sort out the linage and relationships of these cheap, obscure Japanese robots feels like a lesson in futility. The molds are often passed around, re-used, and re-branded. However to me it sometimes feels like the last undiscovered country. It's one of the few areas of my collecting where I am still actively translating boxes and long forgotten Japanese web pages to get information.

I've had this guy for a while, and just recently realized he's a recolor of a part of another toy.

Strike Laser is a powered up version of Ceed Laser from Ceed Commander. Molded in white, it's the same toy with a different weapon. The Ceed Commander I have is from The Access, while this one is from Hero.

This white robot is Strike Laser, a recolor of the Ceed Laser. Ceed Laser was originally produced by Hero, and then again by The Access.

Ceed Commander is the combination of Ceed Laser and Ceed Attacker.

Combine Strike Laser and Ceed Attacker, add some additional armor, and you get Ceed Commander Version III. You can see the III on the box below - meaning this is PART of Ver III, but not Ver III on it's own.

And what a beautiful box it is. 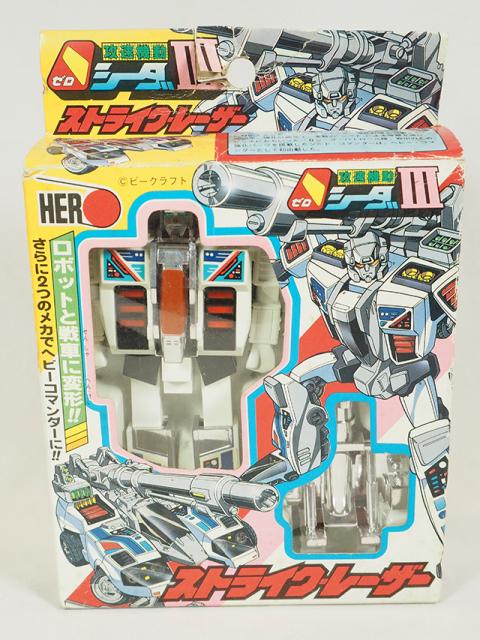 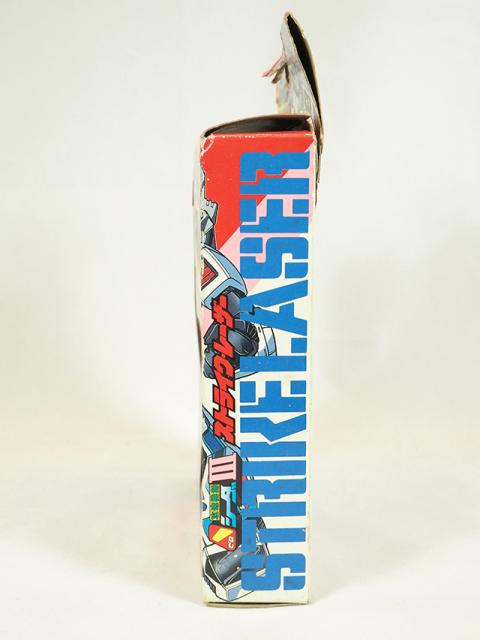 The robot is pretty cool looking, with a nice chrome head. But he's a brick with no articulation. 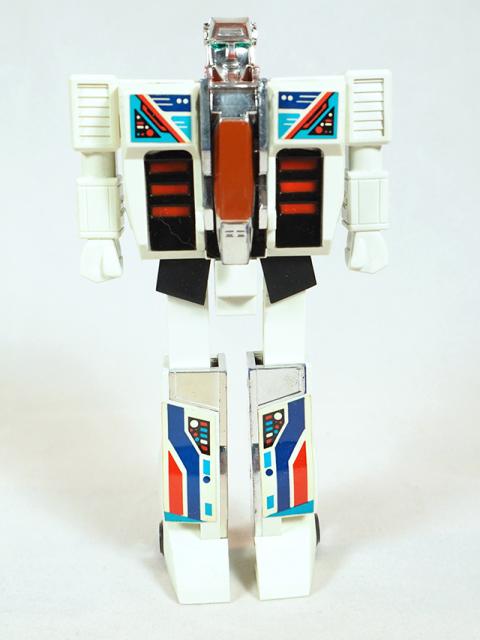 You can plug in the Laser cannon on his back, which makes the whole assembly very tall. 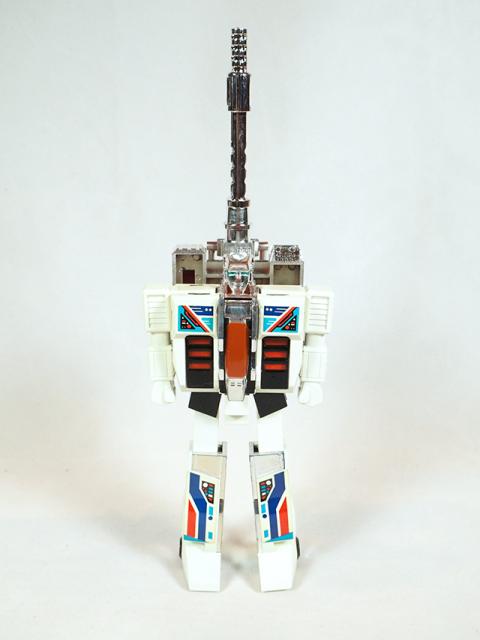 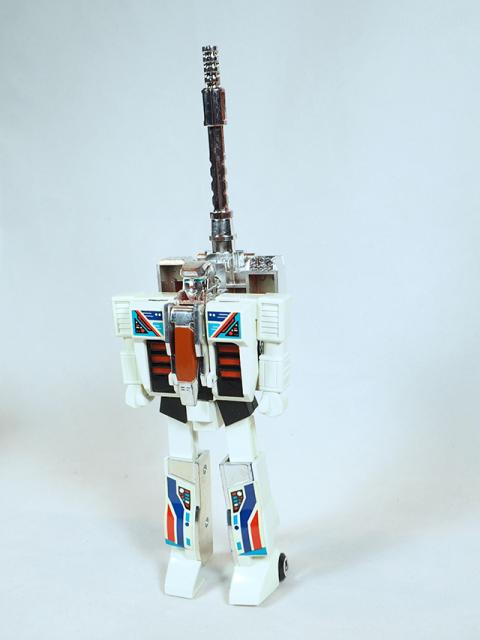 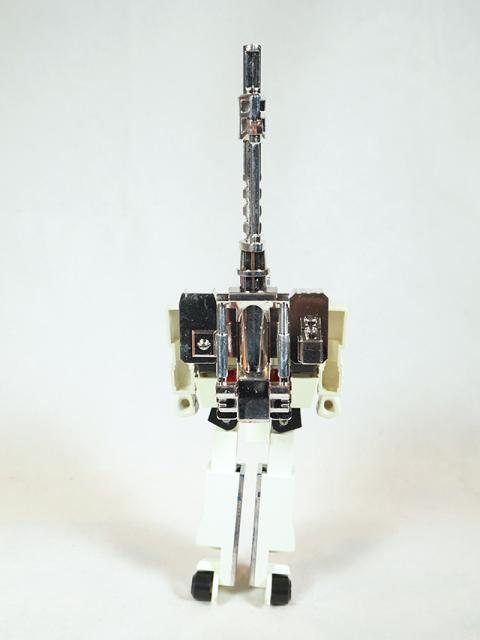 Here he is next to Ceed Commander Version III 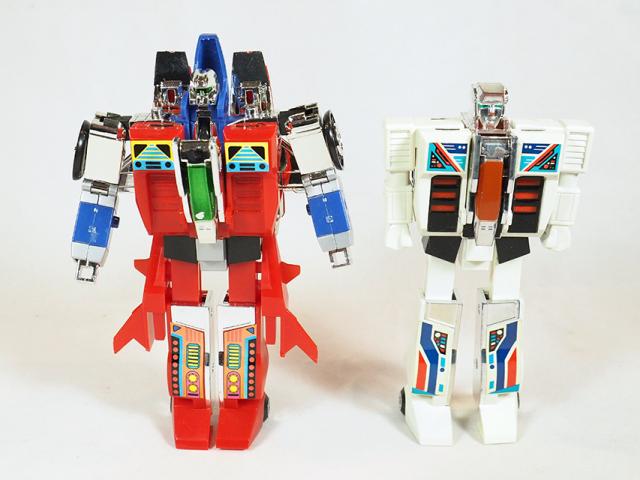 He works much better as a vehicle, with a tight vehicle mode and good rolling wheels. He's a bit of a partsformer though, as the arms need to be removed to transform. 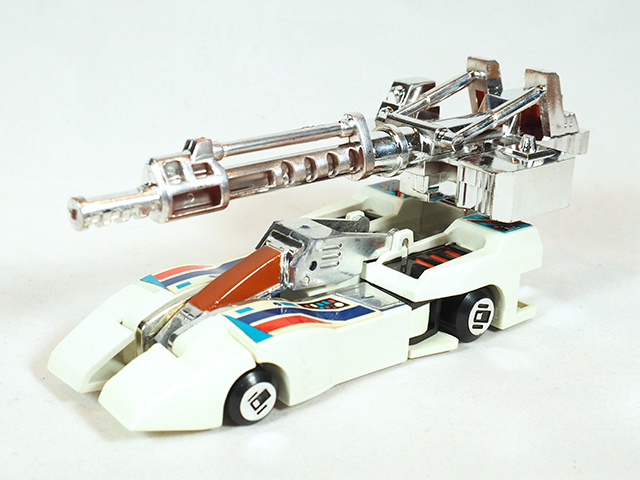 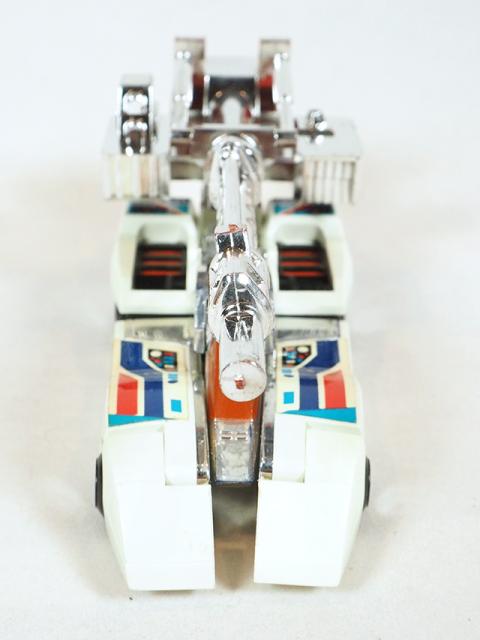 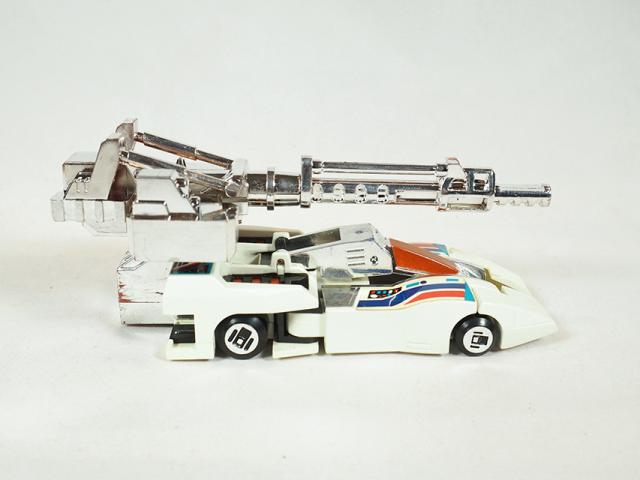 And when I say removed - I mean they are not even used in vehicle mode. They are just put aside. Not the best engineering i'm afraid. But it's rare, unique, cool-looking and has a beautiful box. 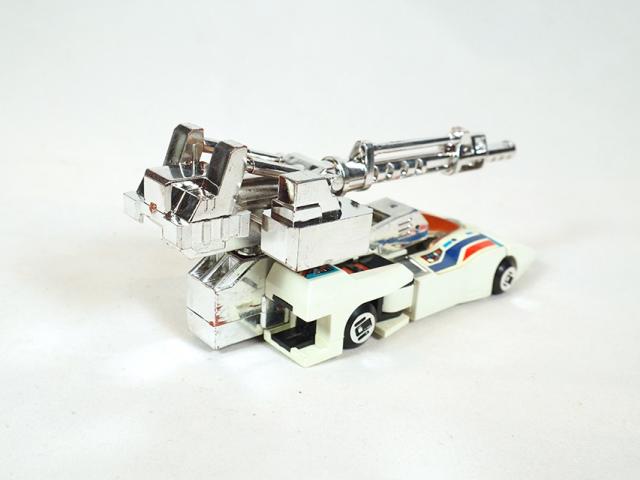